Intel announces its eleventh generation of desktop processors. Nicknamed Rocket Lake-S, the latter promises in particular instructions by increasing cycle, novelties in terms of connectivity and an improved graphics part. 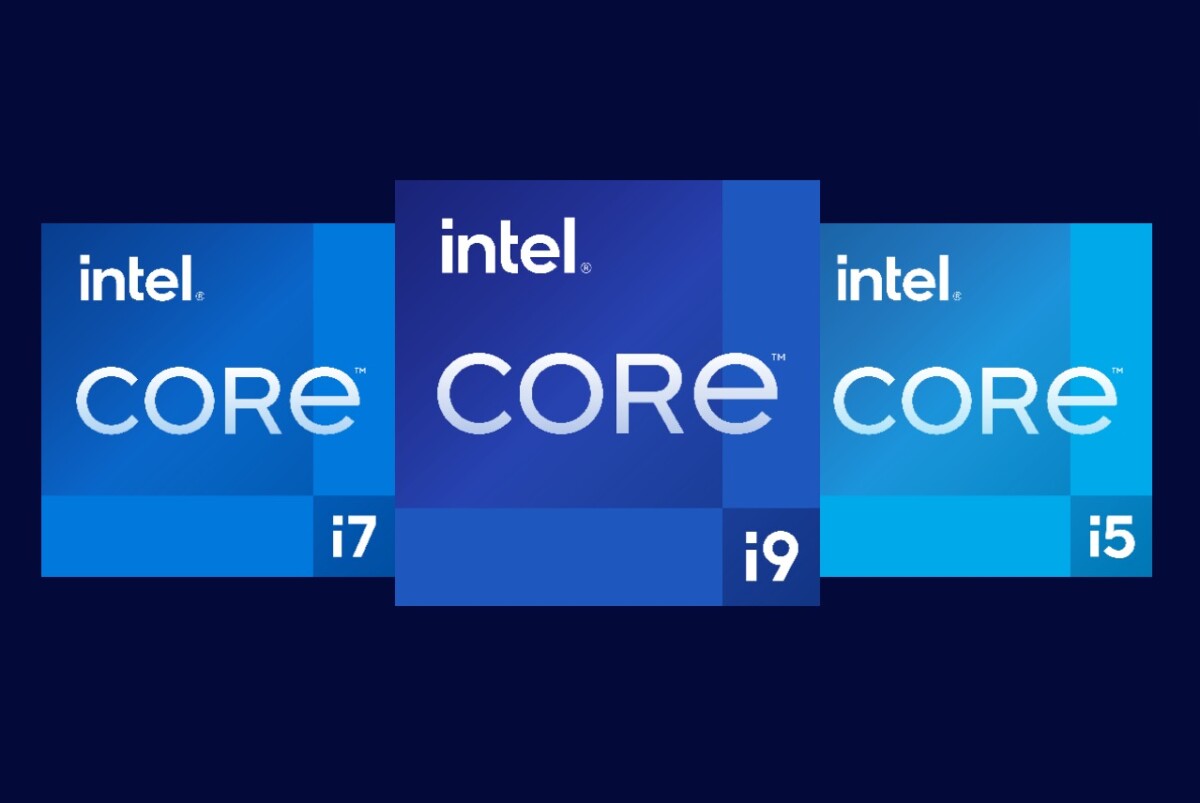 Intel would have been wrong to go unanswered. Less than a month after the announcement of the AMD Ryzen 5000 processors on October 8, the Californian giant is therefore retaliating by unveiling the main features of its 11th generation desktop processors. Responding to the technical code name of Rocket Lake-S, they found themselves in the spotlight less than six months after the introduction of the 10th generation Comet Lake-S processors.

In such a short period, no technological breakthrough, it may be for next year, but a final tweaking of a 14 nm engraving that Intel keeps reinventing to animate its desktop chips. The whole is nevertheless carried by a new architecture: Cypress Cove.

In its communication, Intel takes great care not to say too much. And for good reason, these new processors are not expected immediately, they will arrive in our PCs at the beginning of the year 2021. For today, the group therefore sheds the information sparingly.

However, we learn that the Rocket Lake-S processors will bet on a maximum of 8 Cypress Cove cores benefiting from hyperthreading (as a reminder, AMD’s Ryzen 5000 chips go up to 12 cores with SMT), for a increased processing speed. Intel indeed promises a ” double-digit improvement in IPC performance Which means everything and nothing at the same time. We will have to wait a little before having a more concrete idea of ​​the performance gain that this could represent.

The firm evokes the addition of a maximum of 20 PCIe 4.04 lanes to its Rocket Lake-S chips, while announcing new overclocking functions. Equally interesting: the switch to the USB 3.2 Gen 2 × 2 standard, which could open the door to potential support for the Thunderbolt 4 protocol. 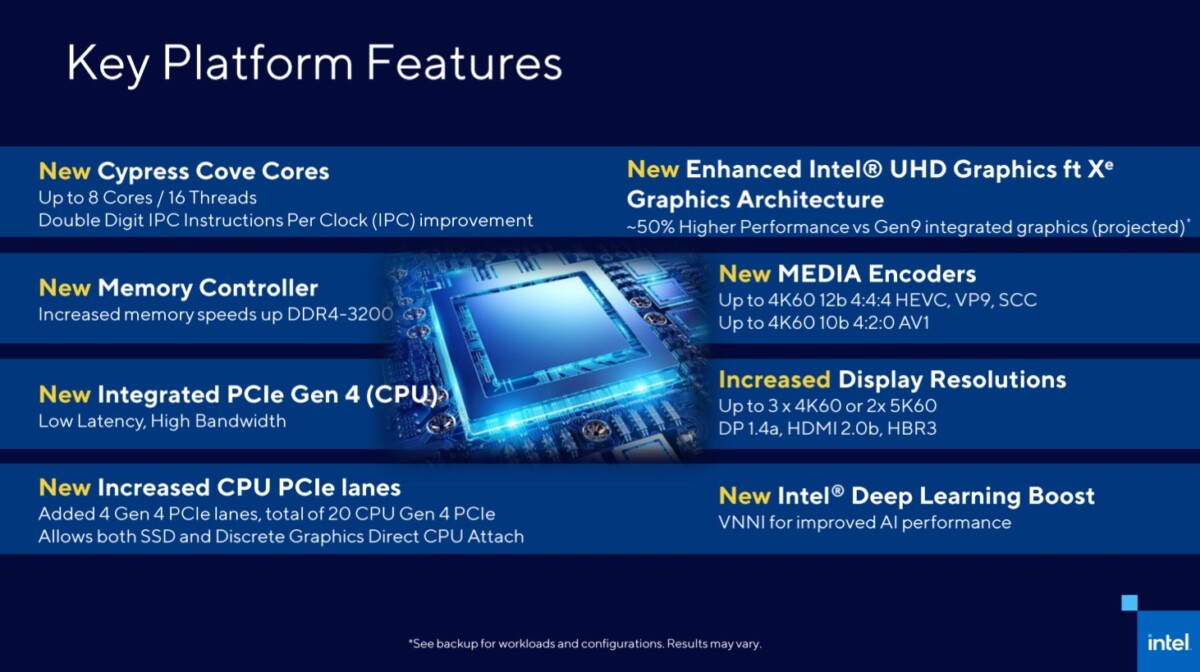 Finally, Intel announces that its Rocket Lake-S chips will benefit from an Iris Xe graphics part, already used on the recent Tiger Lake-U low-power chips, launched in September on the laptop PC. The addition of this new architecture also gives the brand the opportunity to dust off its Quick Sync Video module, in order to offer ” better video transcoding and hardware acceleration for the latest codecs ».