All of Google’s TV environment in a small, 4K-capable box flanked by plenty of ports, that’s the promise of the LEAP-S1. Strong’s new Android TV decoder arrives in France today. 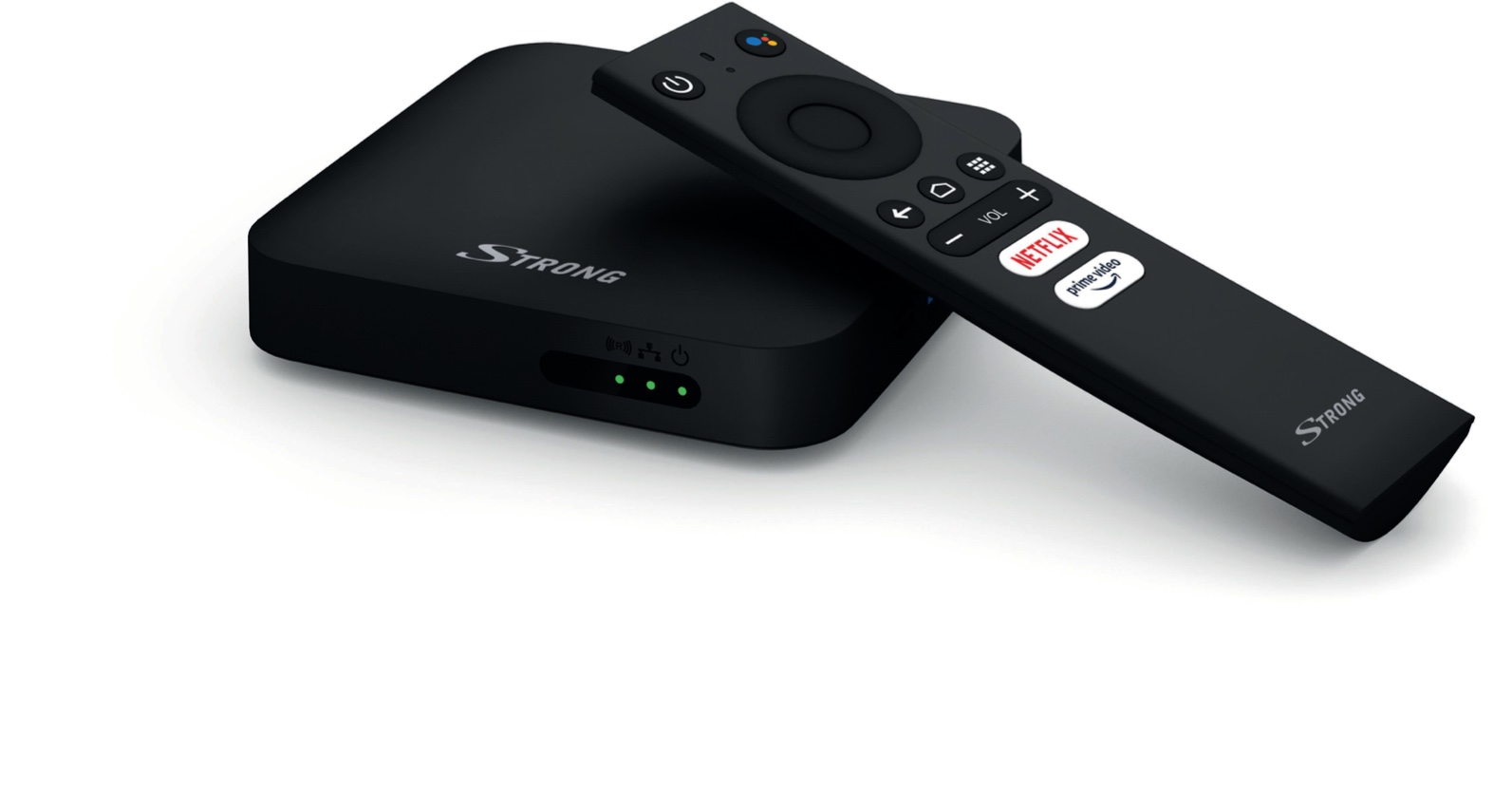 Here is the Strong LEAP-S1, a new box running Android TV rather well provided in terms of connectivity // Gamesdone: Strong

A subsidiary of the Chinese group Skyworth since 2015, the British Strong is best known for its decoders. The brand has nevertheless launched several Android TV boxes in recent years. The latest one arrives today in France with a balanced technical sheet. Called LEAP-S1, this new Android TV box relies on Ultra HD and a rather generous connection to position itself against the Xiaomi Mi Box S 4K, or even the Fire TV Cube from Amazon.

His price ? 69.99 euros, or as much as the solution of its competitor Xiaomi, while being more attractive than that of Amazon when it is not on sale. Priced at 60 and 80 euros respectively, Amazon’s Fire TV Stick 4K and Google’s Chromecast Ultra are also alternatives, but they don’t quite play in the same court.

Side specifications, Strong announces in his press release that his LEAP-S1 will be delivered with the latest version of Android TV. Certified by Google, the box provides access to more than 5,000 applications through the Google Play Store. Of course, Netflix, Disney + or even Amazon Prime Video are part of the lot, just like YouTube, Deezer and Spotify. All these beautiful people will be powered by a quad-core ARM processor (in this case the Amlogic S905X2 SoC and its Cortex-A53 cores clocked at 1.8 GHz) and 2 GB of DDR4 RAM.

However, storage space is limited to 8 GB of eMMC flash memory. This technical sheet is nevertheless sufficient to launch films and series in Ultra HD. Support for H.265 video codec (a priori no AV1 in the menu) is announced and the device also relies on Dolby Digital certification for sound.

The Strong LEAP-S1 finally benefits from dual-band Wi-Fi 5 and Bluetooth 4.2 connectivity, while its connectivity focuses on a microSD card reader, an HDMI output, an RJ-45 port, a port S / PDIF optical and two USB-A inputs (2.0 and 3.0). Basic, the remote control is for its part equipped with shortcuts to Netflix and Amazon Prime Video and a key dedicated to voice control via Google Assistant.