It is the return of the DJI Mini, the spectacular “pocket” drone of the Chinese manufacturer. This new version, simply called Mini 2, takes the strengths of the previous version (4K video, JPEG and RAW photo, automatic shooting modes, etc.) with improved performance thanks to the integration of new engines. 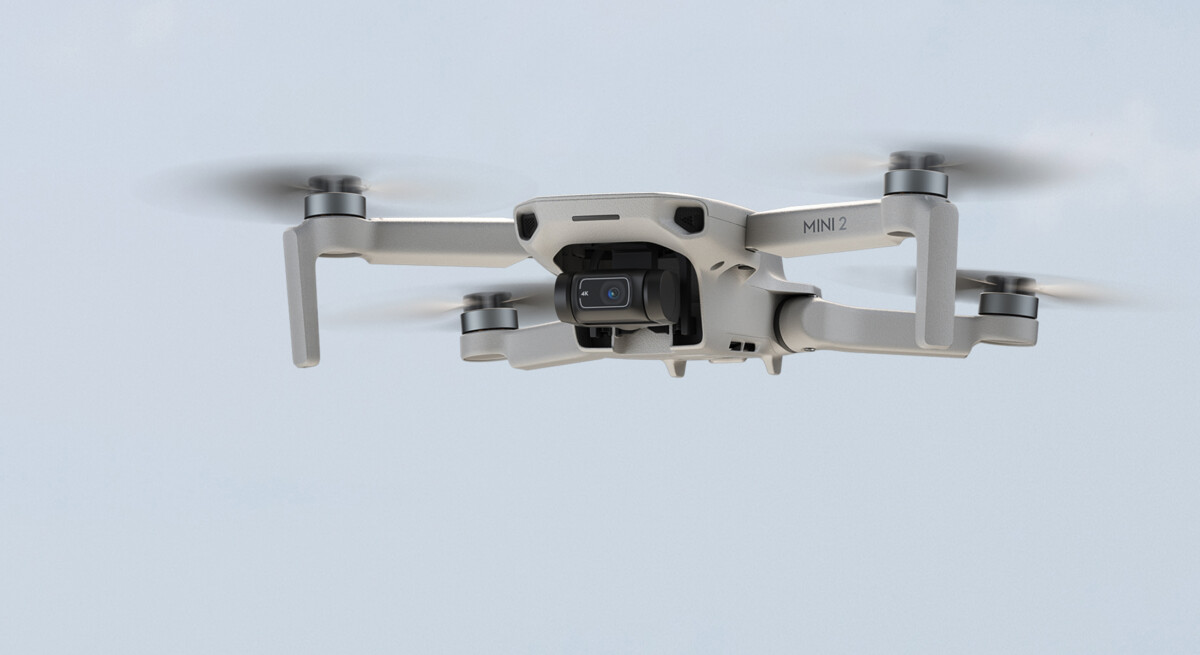 A year ago, almost to the day, we were testing the DJI Mavic Mini for which we had clearly fallen in love with its format and ease of use, without however closing our eyes to its few shortcomings. . Perhaps they will be corrected, even partially, on this Mini 2 version announced last night. We will see it soon during a field test, but until then, let’s review this new drone with a stabilized gimbal allowing you to shoot in 4K.

Still as compact, but more efficient

In terms of size first, DJI takes up this formula which had seduced us, with a light drone and compact dimensions which make all the success of the product, even the amazing side of the realization. However, between the first generation Mini and this Mini 2, there is no slimming cure: it still weighs around 249 grams, its dimensions when folded are 13.8 x 8.1 x 5 , 8 cm (against 14 x 8.1 x 5.7 cm) and they increase to 15.9 x 20.3 x 5.6 cm (against 15.8 x 20.2 x 5.5 cm) when is unfolded. If the miniaturization has perhaps reached its limits – without impacting the image quality and the stability of the flight in any case – the manufacturer promises us that the performances are improved.

For this, it has integrated more powerful motors, a wireless transmission technology between the remote control and the quality of photos and videos would also be revised upwards. Here too we will have to judge from evidence, but here are the few technical characteristics already communicated. 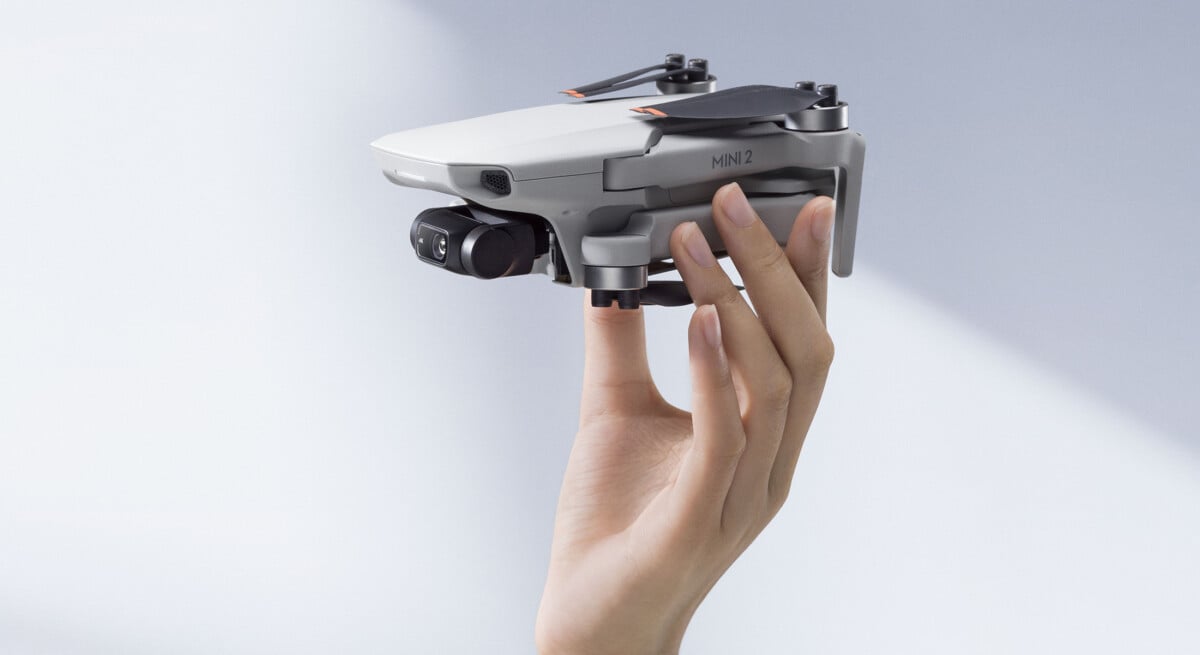 Be careful, however, there is a subtlety behind these numbers. Indeed, this is zoom causing a loss of image quality. Only a 2x zoom advertised as being “without loss of quality” is accessible in 1080p. On the optical side, DJI communicates on a field of view of 83 degrees, 35mm, with an aperture at f / 2.8 and a focus ranging from 1 meter to infinity. 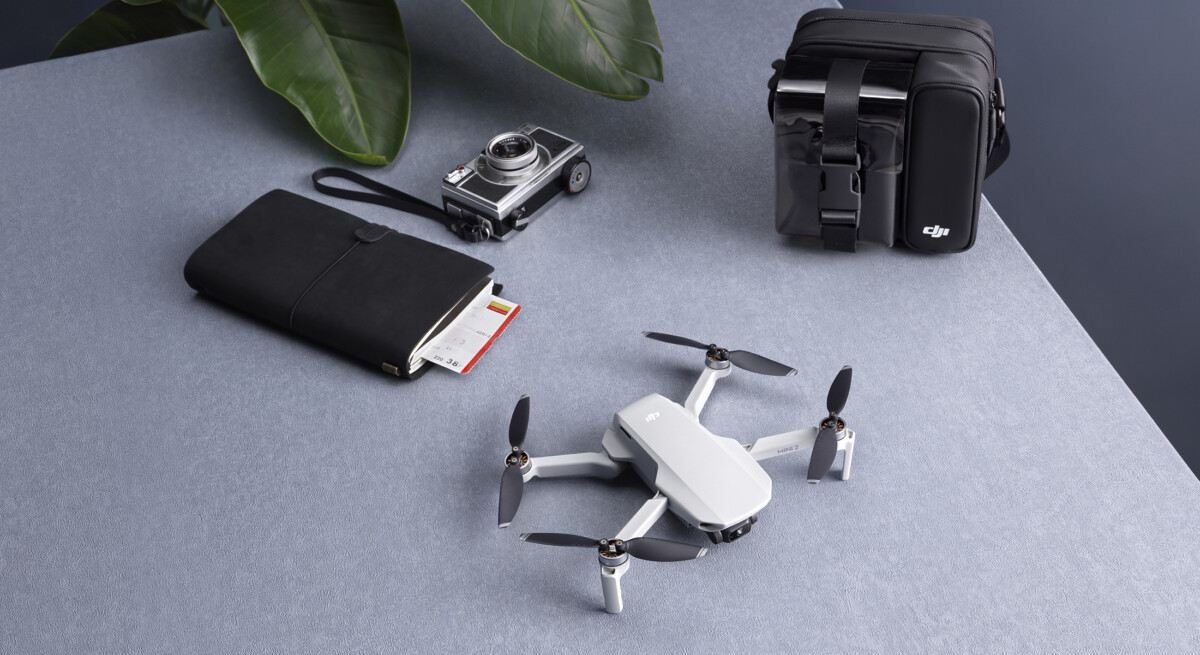 Among the important improvements is the Ocusync 2.0 dual-frequency transmission technology, which would significantly improve the quality of the wireless link between the remote control and the drone. And by improvement, DJI obviously implies a greater range, with a considerable gain of 150%, thus allowing a transmission of up to 10 km without obstacle or interference. We can bet that the different laws and conditions of use that apply in the countries will only very rarely (never?) Make it possible to benefit from it.

This improved link brings another advantage that we believe is even more interesting: a high transfer rate. According to DJI, the exchange of files between the drone and the smartphone could now be carried out at a speed of 20 MB / s. Enough to remove the constraint and the arduousness of the exercise which pushed us to postpone the publication of the aerial photos and videos on social networks. Especially since everything is available in the associated DJI mobile application to edit photos and extract pieces chosen from the videos.

We also mentioned more efficient engines, you will find below the different performances announced by DJI, which we have grouped together in a comparative table with the known data on the Mini. 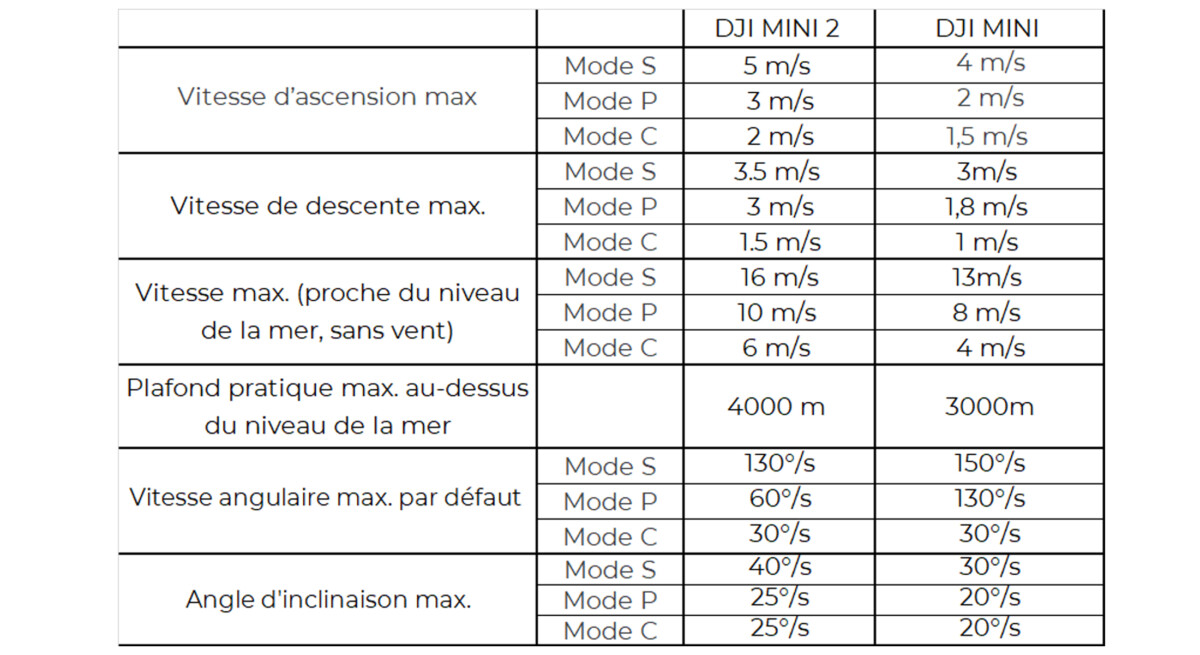 Improved engines allow the Mini 2 to go faster, obviously without affecting its endurance since DJI announces an autonomy of 31 minutes and a resistance to winds of up to 24 km / h.

Easy to fly and smart

The ease of piloting and the many automatic shooting modes are among the many strengths that characterize DJI drones. The Mini 2 will be no exception to the rule since it incorporates all the stabilization technologies, the geo-fencing alerts avoiding flying over a sensitive or unauthorized area, but also the function of “return to home. home ”, very practical when you have lost sight of the drone. On the other hand, the lack of side obstacle sensor that we criticized the first Mini seems to apply here too. The manufacturer always mentions the possibility of adding propeller protections to prevent breakage. 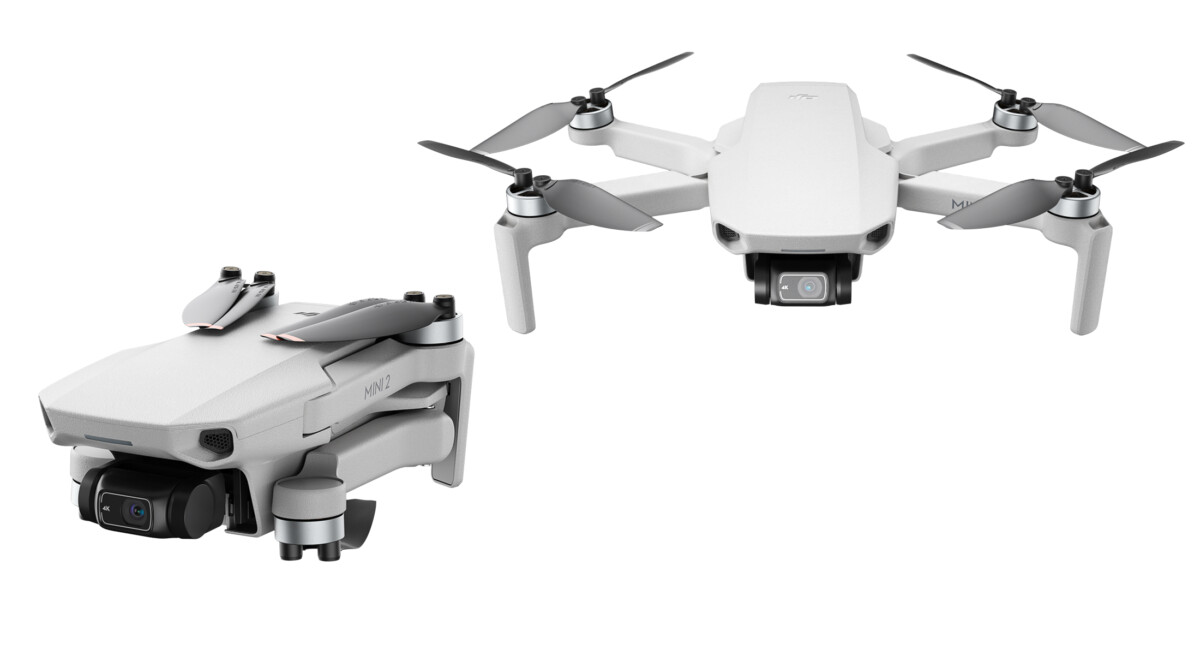 For the intelligent side of the product, it seems that this Mini is very close to the performance of its big brother, the DJI Mavic Air 2. Whether in photo or video, the manufacturer integrates into its DJI Fly application and into the drone electronics everything you need to simplify even the most complex shots. Dronie, spiral, rocket, circle, boomerang, panorama, sphere, 180 degrees or even wide-angle, everything is there to produce content with a minimum of fuss.

The Mini 2 is already available for sale on the manufacturer’s online store and in the usual points of sale (except for health restrictions) in two versions. The first pack called DJI Mini 2 standard is sold 459 euros and it only includes the drone, the remote control and a battery. The DJI Mini 2 Fly More kit is offered at 599 euros and it also includes a charging station and two additional batteries.

Note that among the accessories there is also a mini LED panel that can be fixed on the top of the drone and which would display messages. Beyond the curiosity that this creates for us, we tell ourselves that now even this small drone can be accessorized and not only by stickers to personalize the look of the drone.