It’s time to celebrate at AliExpress, which is celebrating its eleventh year of existence. The brand took the opportunity to set up numerous promotions on several tech products ranging from robot vacuum cleaners to smartphones. Reductions in the form of codes which, however, only last 4 days. 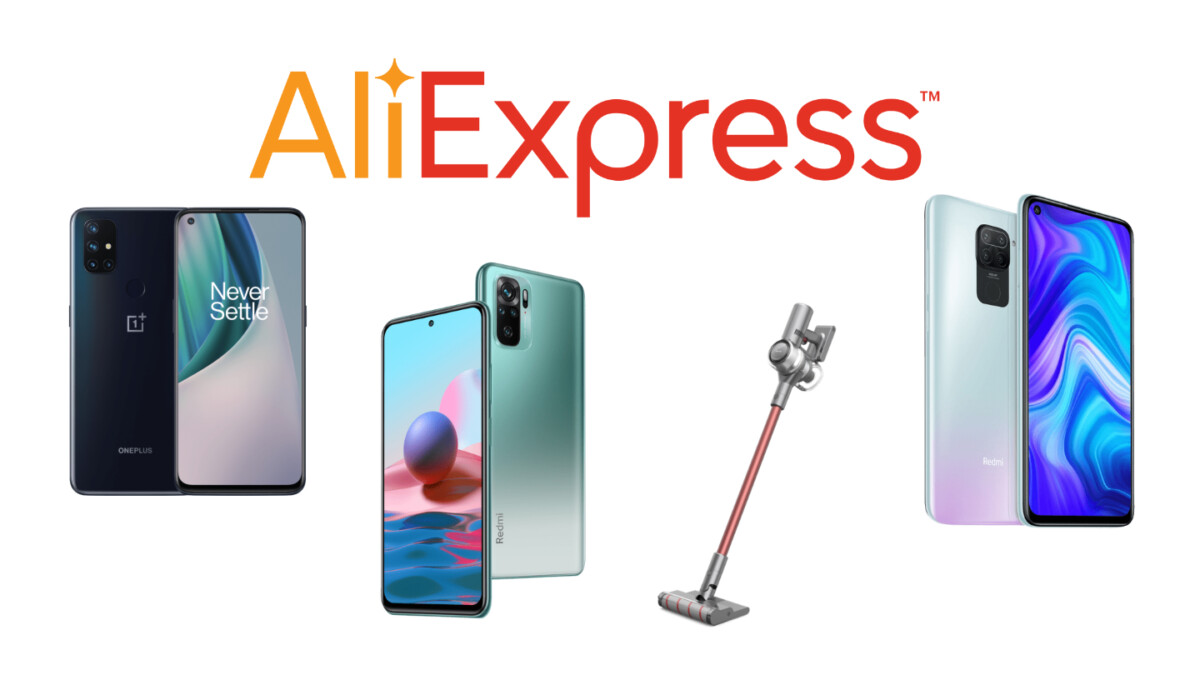 In 2010, AliExpress made its big debut on the web. Eleven years later, the brand has managed to position itself as a key player in online sales, especially in the tech market. And to celebrate this eleventh anniversary, AliExpress is launching a wave of promotions, using a series of promo codes. Codes that apply according to the amount of your basket and that allow you to make great savings on many smartphones.

But hurry, because all good things come to an end and this promotional period is in 4 days. To help you navigate your way, we’ve handpicked the best bargains to be had at AliExpress.

The OnePlus N10 5G takes the same design as its predecessor, namely a screen borderless and punched on the top left. Its 6.49-inch LCD panel benefits from a 90 Hz refresh rate. The photo module relies on 4 sensors, including a 64-megapixel main sensor and an 8-megapixel ultra-wide-angle. 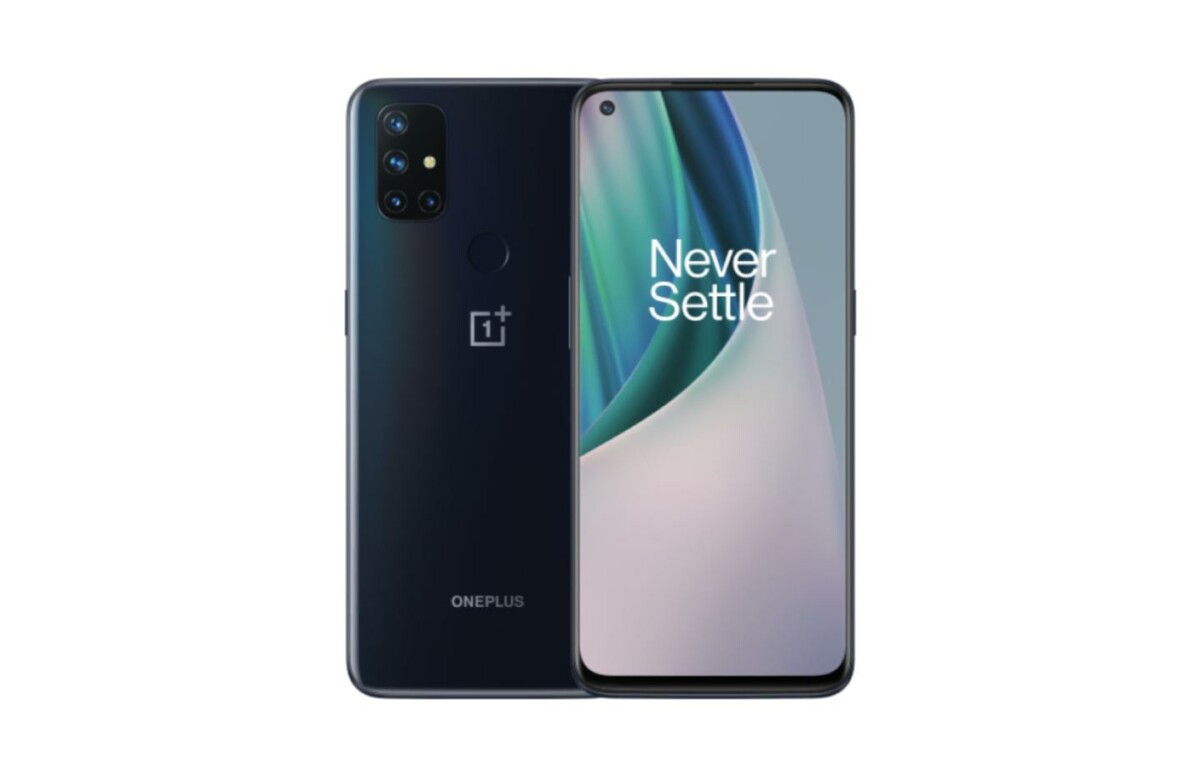 The OnePlus N10 5G embeds a Snapdragon 690, compatible with 5G, as well as 6 GB of RAM and a 4300 mAh battery supporting the 30 W fast charge. Such a configuration allows the smartphone to remain fluid in daily tasks as well as in web browsing, while showing good endurance.

The OnePlus N10 5G is offered at 189 euros against 209 euros thanks to the code PASSION20. With a shipment from France, the delivery should not exceed 3 days. 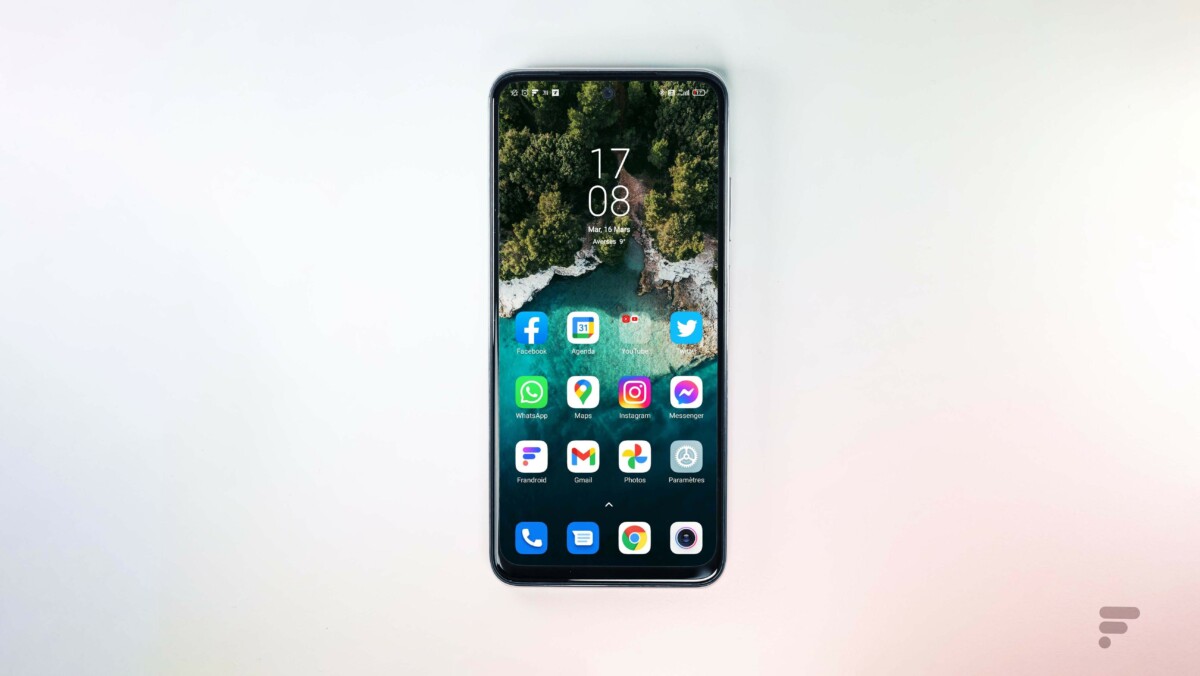 The Redmi Note 10 can count on a Snapdragon 678 chip as well as 4 GB of RAM, 64 GB of storage. A technical sheet that ensures constant fluidity in daily navigation as well as in basic tasks. In terms of autonomy, the Redmi Note 10 relies on a 5,000 mAh battery, compatible with 33 W fast charging. The smartphone is thus able to withstand a day and a half of use.

On the occasion of AliExpress’s anniversary, the Redmi Note 10 tumbles to 145 euros instead of 167 euros, thanks to a seller coupon of 2 euros and the promo code PASSION20 to be filled in when ordering. Shipped from a Spanish warehouse, the Redmi Note 10 is delivered in a short week.

The Dreame V11 is a stick vacuum cleaner with premium features. Its suction is very powerful, while its filtration system with five filters is particularly effective in preventing the dispersion of dust during cleaning. 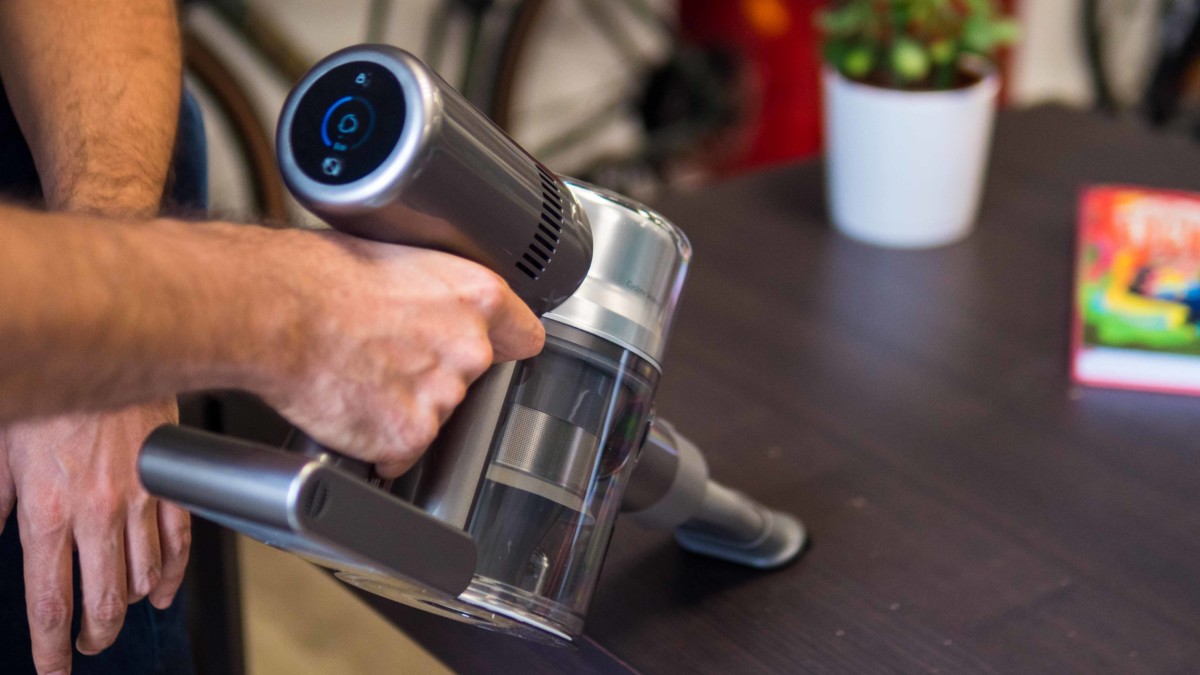 Being wireless, the Dreame V11 takes up to 90 minutes of use in a row before needing a recharge. Its weight of 3.9 kg allows it to be light enough to keep cleaning from tiring. Better, a slew of accessories, such as a roller brush, a fabric brush or a crevice tool are delivered with the device, in order to overcome all possible configurations.

Usually sold around 249 euros, the Dreame V11 displays a price of 221 euros at AliExpress thanks to the promo code PASSION28.

The Redmi Note 9, despite its short year of existence, is still today a well-balanced and highly recommendable smartphone. Its 6.53-inch LCD panel with a definition of 2340 x 1080 pixels makes it a great phone. However, it shines thanks to its autonomy. Its 5,020 mAh battery allows it to withstand more than a day of use on a single charge. The Redmi Note 9 also knows how to be fluid in daily use thanks to a MediaTek Helios G85 SoC, 4 GB of RAM and 128 GB of storage. 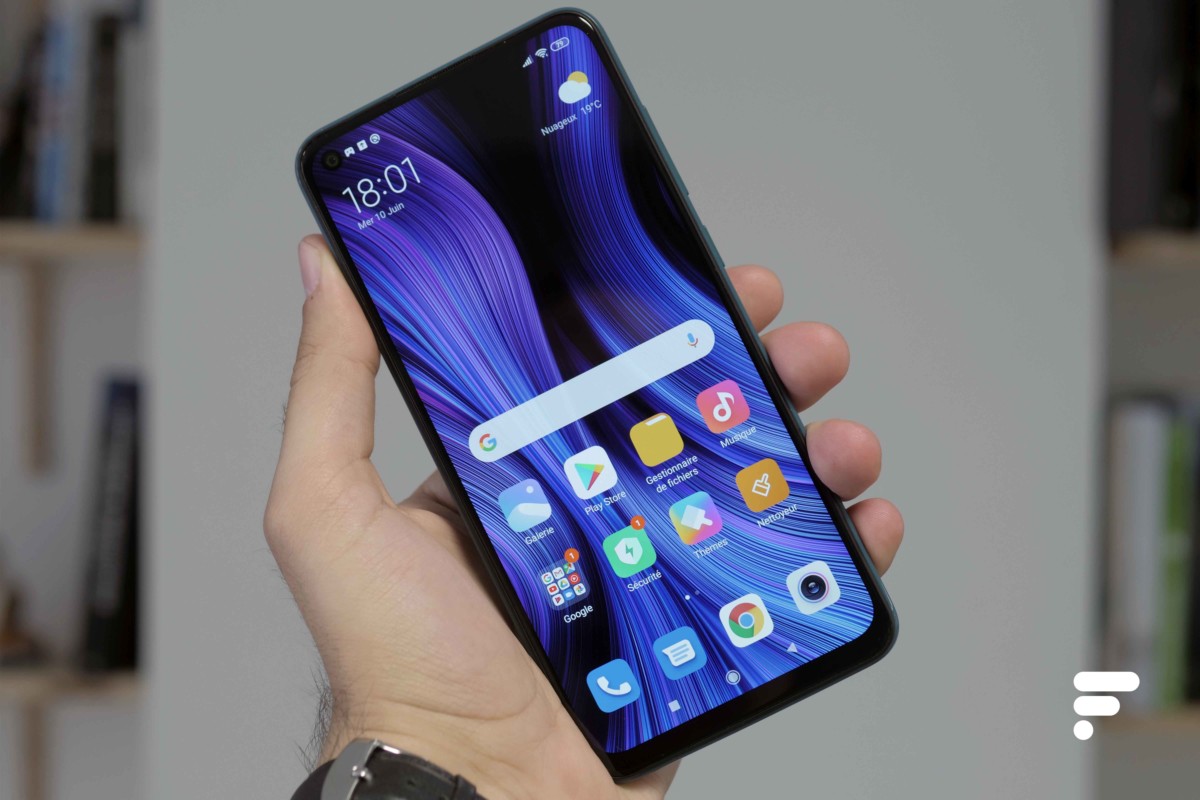 The Xiaomi Redmi Note 9 in use // Gamesdone: Frandroid

The Redmi Note 9 has good photo versatility thanks to its quadruple back sensor. In particular, we find a 48-megapixel main camera, as well as a night mode and a portrait mode rather effective.

AliExpress melts the price of the Redmi Note 9 at 135 euros thanks to the promo code FRPA32812. The delivery does not exceed one week since it is sent from a Spanish warehouse.

As the name suggests, the Redmi Note 10 Pro is the upgraded version of the classic Redmi Note 10. It is adorned with a superb 6.67-inch AMOLED screen with a definition of 2,400 x 1,080 pixels with a refresh rate of 120 Hz. The Redmi Note 10 Pro therefore offers constant fluidity and real viewing comfort. during daily navigation. 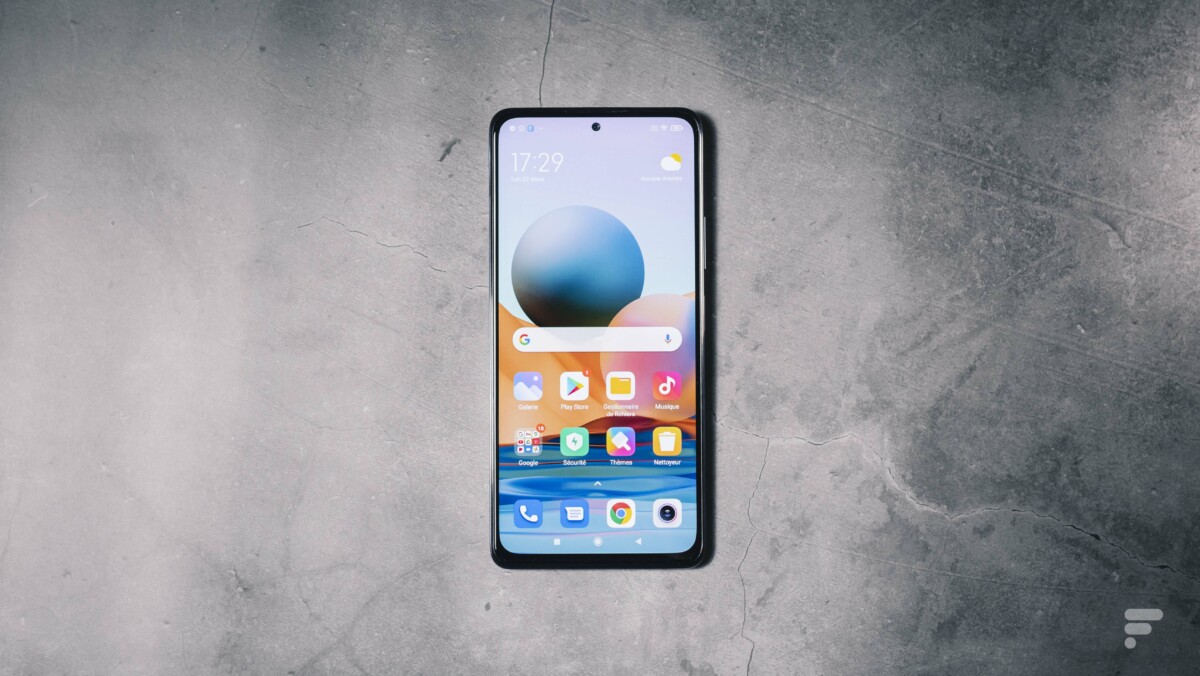 But the screen is not the only strong point on which the Redmi Note 10 Pro relies. It also includes a Snapdragon 732G chip, as well as 6 GB of RAM. A solid configuration that guarantees gaming sessions without the slightest slowing down. In terms of autonomy, the Redmi Note 10 Pro incorporates a 5,020 mAh battery, compatible with 33 W fast charging. The Redmi Note 10 Pro can thus withstand more than a day of use before requesting a charger.

The Redmi Note 10 Pro drops at 268 euros instead of 299 euros, thanks to the promo code PASSION28 to be filled in when ordering. Delivery is one week, the phone being shipped from a Spanish warehouse.