According to information from the Sam Mobile site, Samsung’s next true wireless headphones, the Galaxy Buds Pro, would feature an in-ear format in addition to active noise reduction. 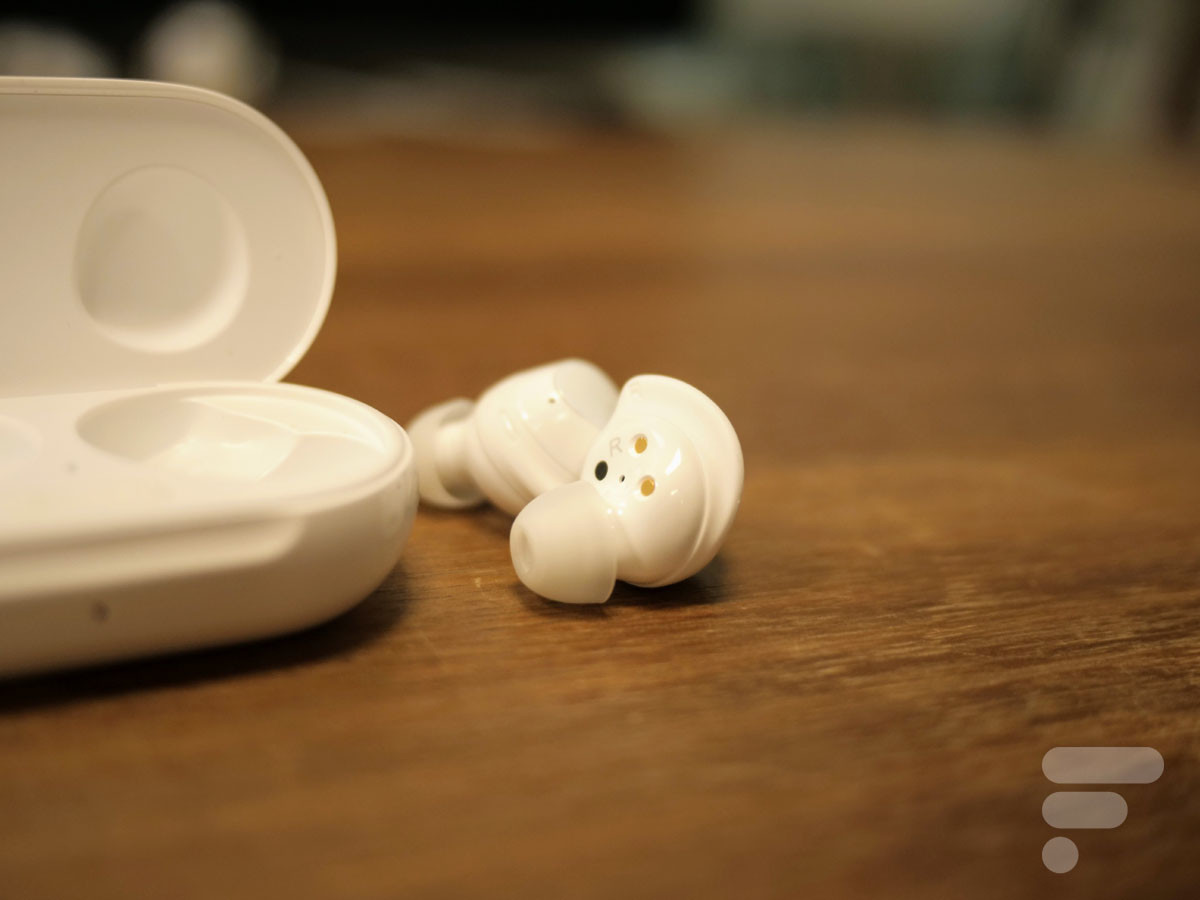 In early August, Samsung launched amazing headphones, the Galaxy Buds Live. It must be said that after the Galaxy Buds and Buds Plus, the Korean manufacturer had decided to abandon the in-ear format to offer open-fit bean-shaped headphones. This then resulted in very average passive isolation and noise reduction that struggled to filter out surrounding noise.

For its next true wireless headphones, it seems that the Korean firm is looking to return to a traditional format. This is what emerges from the information on the Sam Mobile site, specializing in news from the manufacturer. The Dutch site has indeed learned that Samsung will accompany the launch of its future Samsung Galaxy S21 with a new pair of true wireless headphones. These should take a classic in-ear format, with silicone tips that are housed within the ear canal.

However, these headphones would also take one of the main innovations of the Galaxy Buds Live. Not only would they offer a transparent mode allowing surrounding noise to be heard, but it would also enable active noise reduction to be activated. It must be said that the lack of passive isolation of the Galaxy Buds Live was the main obstacle to this functionality on previous models and that it should be much more effective on headphones already offering silicone tips. “Noise reduction performance should be better than the Galaxy Buds Live, at least in theory, since the in-ear format effectively seals the ear canal to provide a natural level of noise reduction.”», Thus indicates Sam Mobile.

In addition, certifications with telecom authoritiess in Indonesia, South Korea and China let you know a little more about these headphones. They should thus be baptized Samsung Galaxy Buds Pro. The headphones are also known by the model number “SM-R190” and are expected to come with a case with a 472 mAh battery.