In parallel with the presentation of its new Neo QLED range, Samsung has placed emphasis on the accessibility of its products with multiple AI-boosted functions to improve the television experience for people with disabilities. 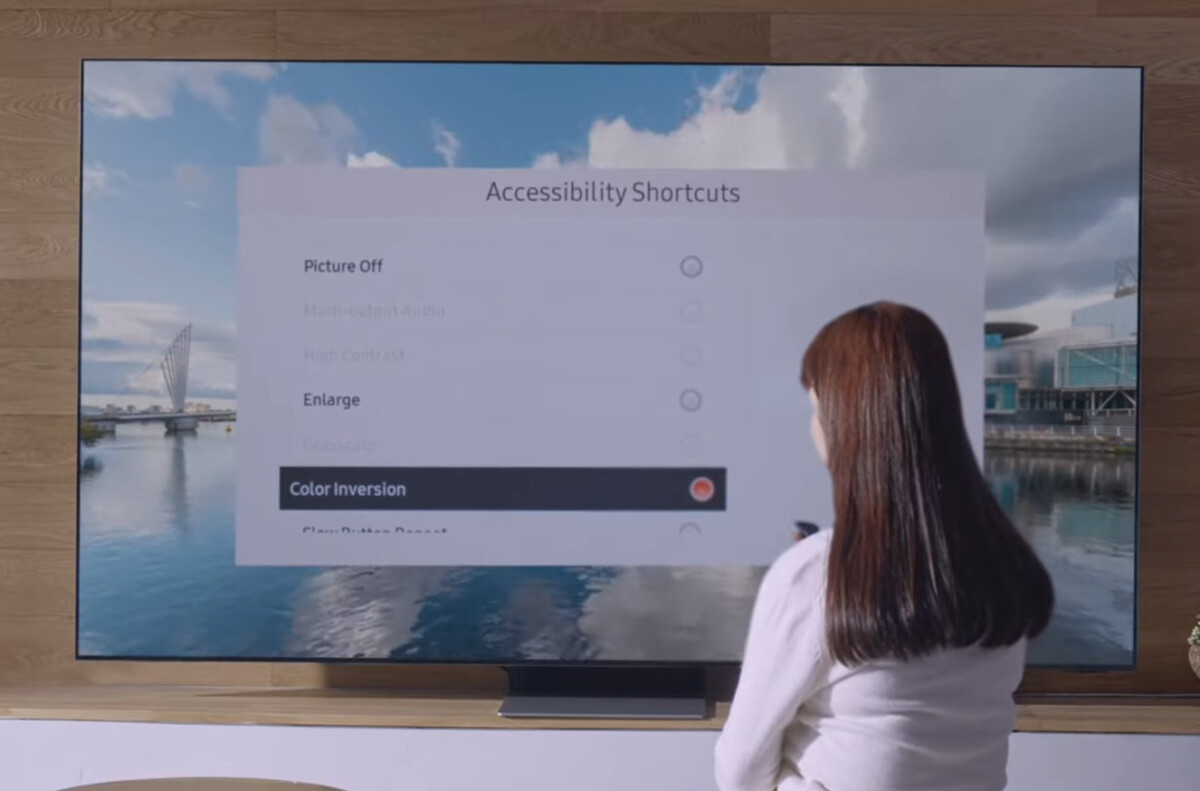 Watching TV is sometimes a lot less easy than some people think. And it’s not always just a matter of pressing the remote or adjusting the brightness.

For the visually impaired or hard of hearing, the settings are often not adapted and few televisions still allow them to be adjusted to the handicap of each one with a wide variety of dedicated functions. Samsung has decided to take the issue head-on with its 2021 TV screen models.

Provide the same level of experience

During its pre-CES 2021 virtual conference, the South Korean firm presented a new range called Neo QLED as well as new televisions for its QLED technology. Technological prowess, but it was also Samsung’s side messages that caught the eye.

First, there was the brand’s green ambitions with a new emphasis on eco-responsible cardboard packaging as well as the future Neo QLED remote control which will do without batteries. But also the desire to make its products more accessible. 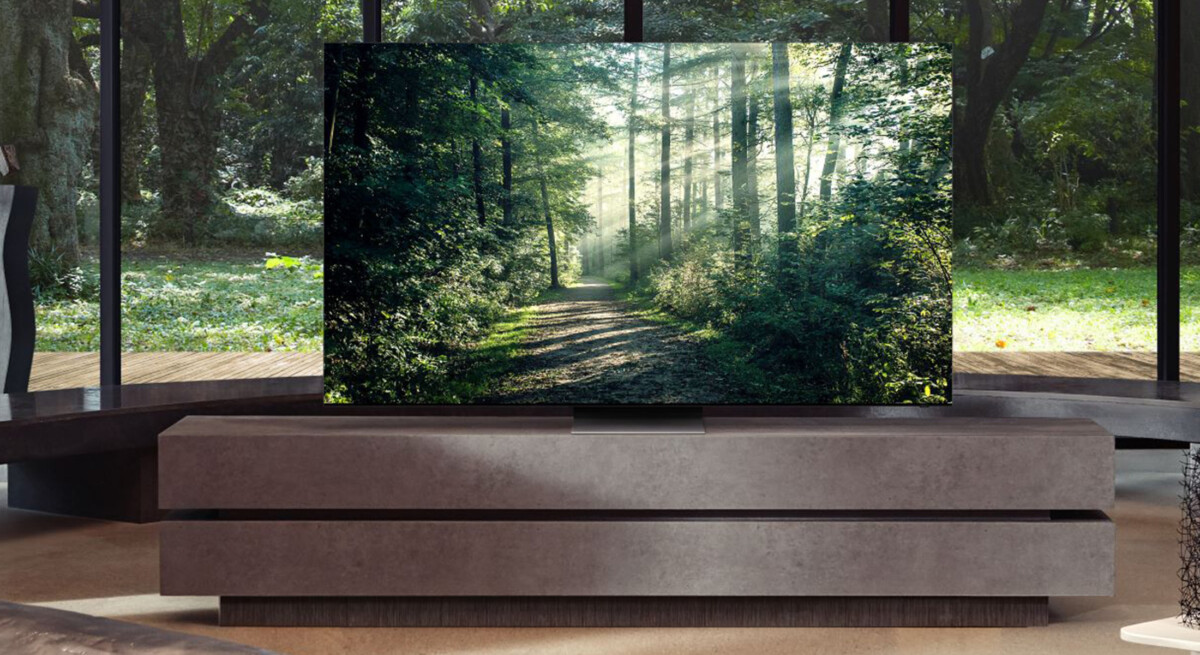 Building on the new strengths of the 2021 range, including the contribution of artificial intelligence, the next QLED and Neo QLED models will take advantage of features to improve the viewing experience for people with disabilities.

« At Samsung, we seek to provide them with the same level of viewing experience as all of our consumers.“, Explains JH Han, president of Samsung Visual Display Business. ” We strive to provide features optimized for their different needs. We don’t want to exclude anyone, because our technology is for everyone. “

Work on color to help the visually impaired

Samsung has worked with associations and organizations around disability, such as the Royal National Institue of Blind People (RNIB) to design its accessibility options. “It is the first time that visually impaired or blind people can use smart TVs without assistanceSays David Clarke, head of services at RNIB. 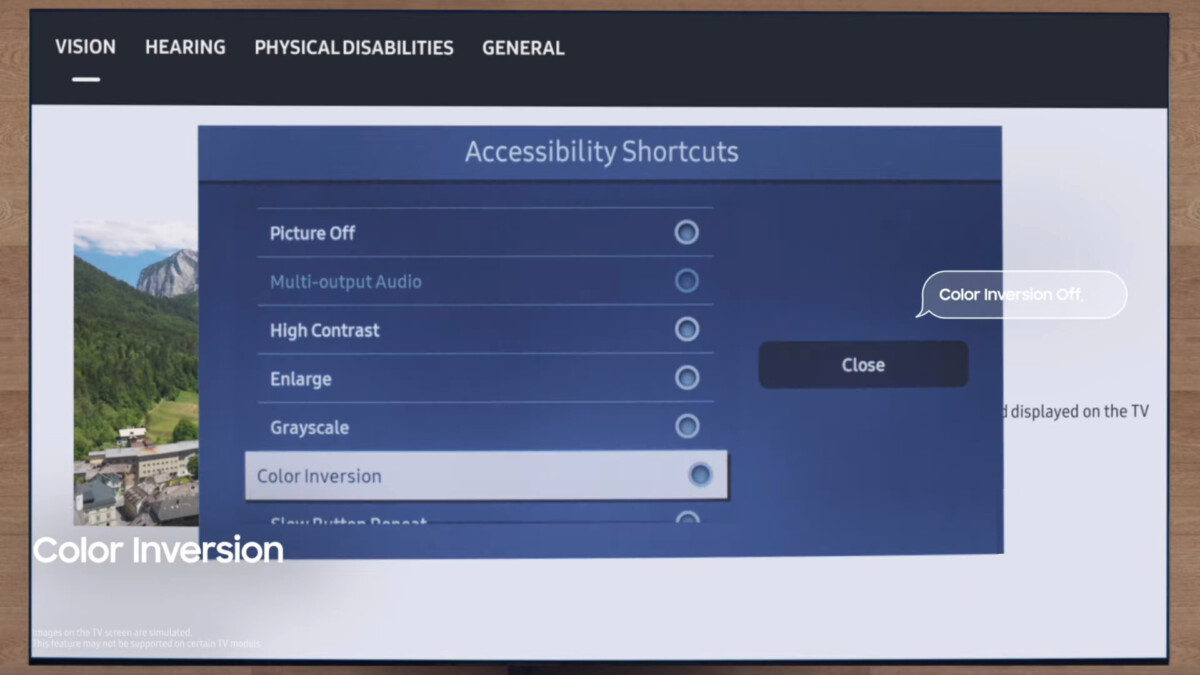 This is in addition to the color detection system for people with a color vision disorder. The option SeeColors allows you to adjust the display accordingly, especially for people with color blindness. Color inversion is also available to make the menus easier to read. For the visually impaired, l’audio description vocally details all the gestures and expressions of the actors on the screen, the situations, to fully enjoy a film. It is added to the voice guide which provides information on navigation, the volume level or the choice of channel and program on the screen. 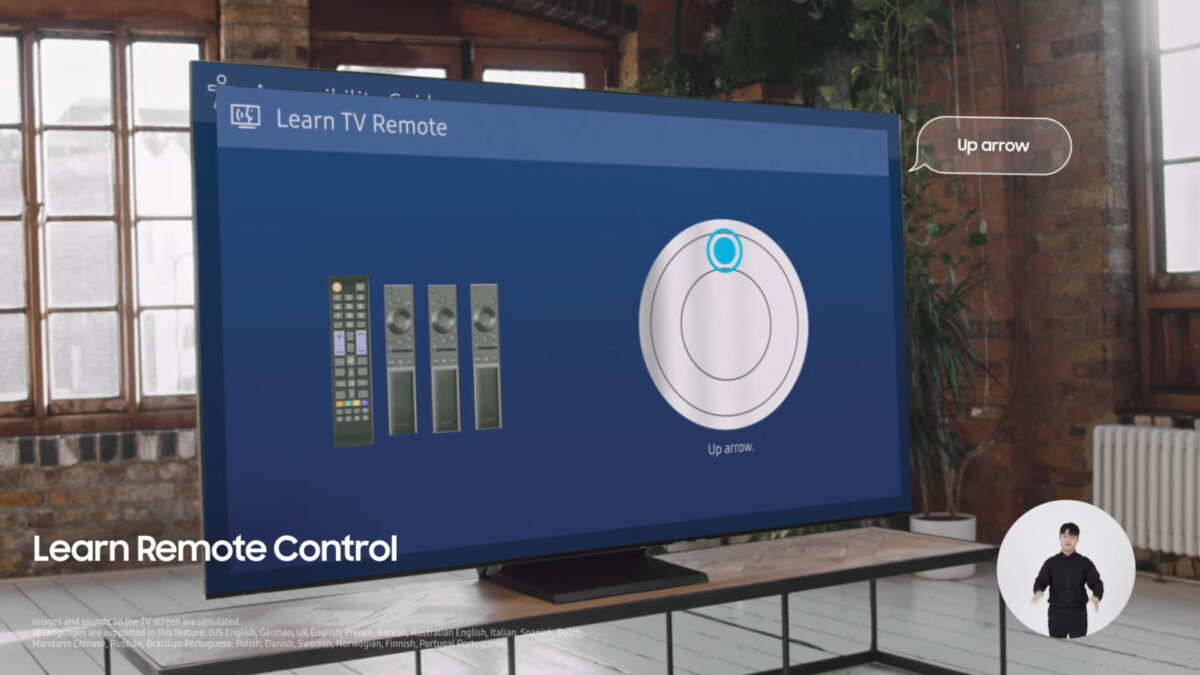 The new remote control is also enriched with a mode to facilitate its use and its configuration in order to adapt it to the greatest number. The on-screen menu is accompanied by a voice aid to advance through the steps and memorize the locations of the buttons. The future Neo LED remote control notably offers a circular touch pad on the top for a more intuitive use of the controls.

Samsung hasn’t left out the hearing impaired. It is thus possible enlarge the sign language window by up to 200% which, when offered by a program, is automatically detected by the TV’s AI. It will then be displayed in a second window on the right of the program to be more visible and thus allow the viewer to see the expressions. 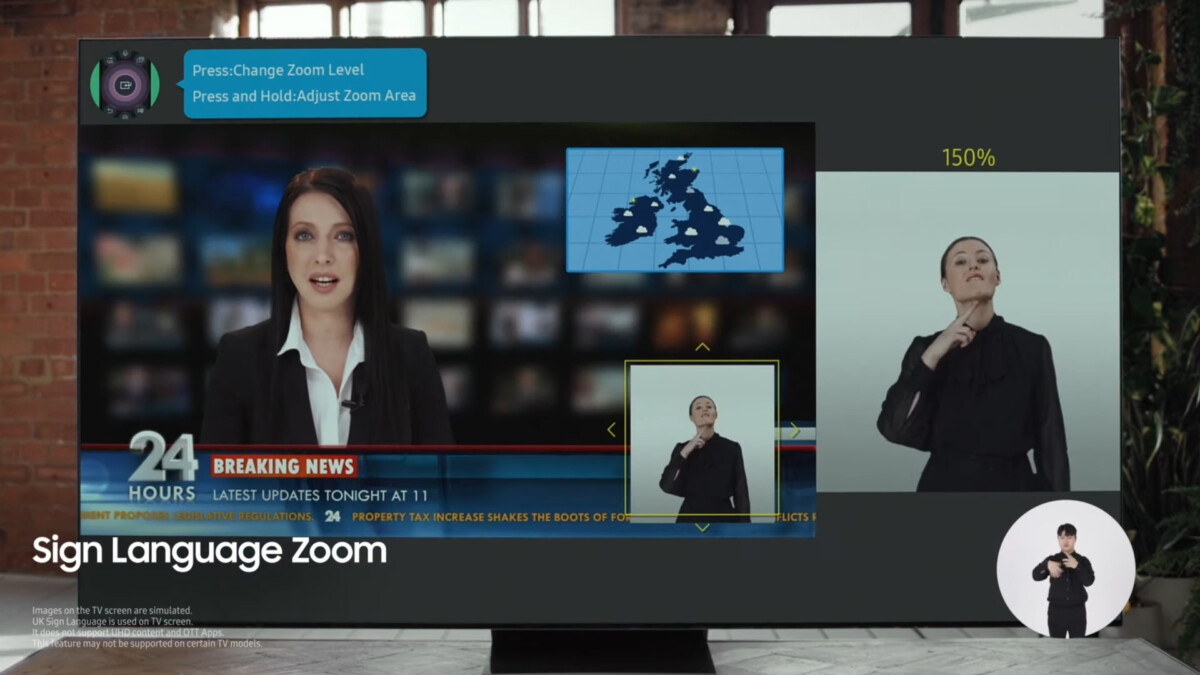 Zoom window can be enlarged up to 200%

Often problematic for those who need it most, the location of the subtitles. Future 2021 Neo LED and QLED TVs will offer the possibility of moving the subtitles to better visualize them. History to avoid that they are found, as very often, superimposed on an information banner and become illegible. 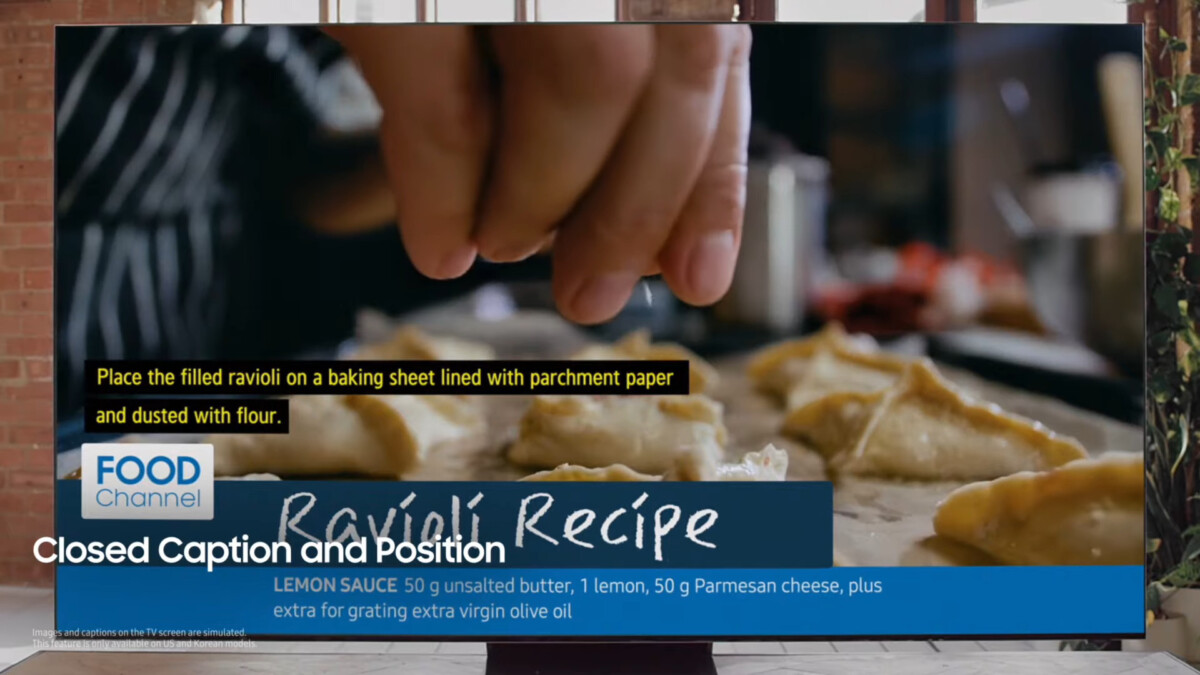 Subtitles can be positioned wherever you want // Gamesdone: Samsung

Many more functions to come

Samsung has already promised by 2022 to extend the voice guide to languages ​​other than English and to develop a sign language avatar to help users through TV menu functions. And, with the addition of a camera that can be USB plugged into the display, AI will soon be able to recognize a user speaking sign language and allow them to control the device as well.

An automatic on-screen sound captioning feature is also in the works.

And all of Samsung’s efforts have already paid off. The Asian group received the CES 2021 award for best innovation for the accessibility of its televisions. And the business doesn’t stop there.

Being able to easily participate in a conversation when you are hard of hearing or mute, find your way when you are visually impaired: so many situations in which technology can now help to make everyday life easier for…
Read more