A patent application recently submitted by Samsung suggests a new concept of flexible screen smartphone. The idea this time would be to dynamically tilt the screen towards the user by making it stand out slightly from the frame. Why ? To give a sound box to the speakers. 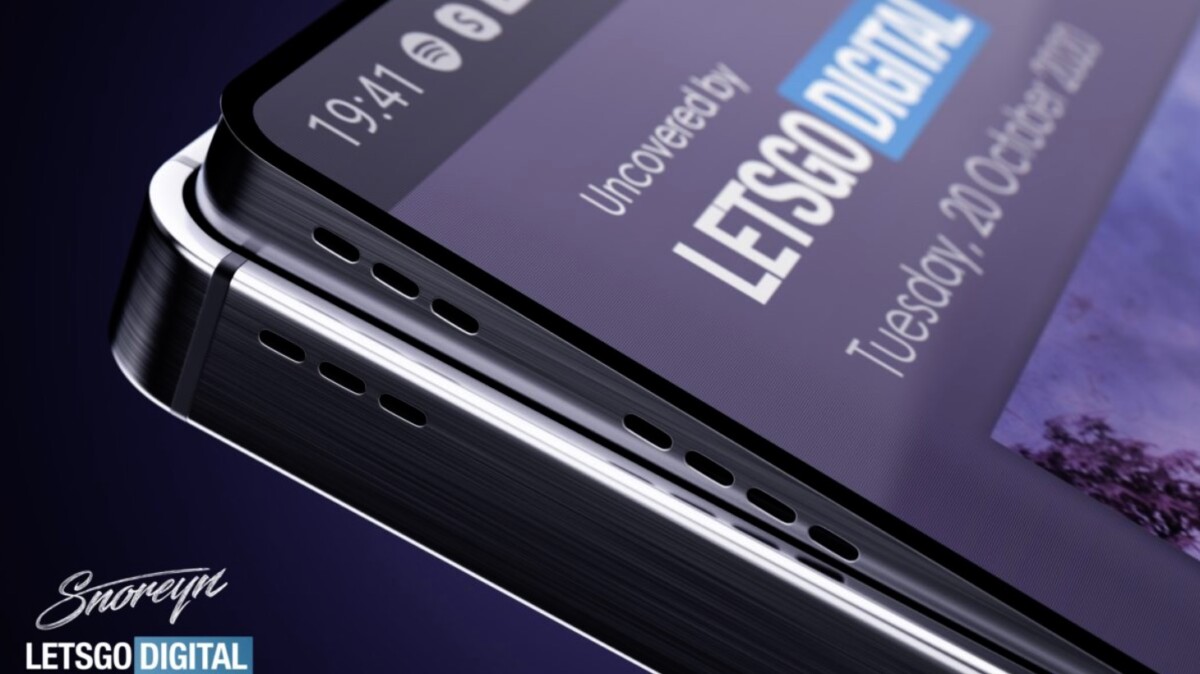 Samsung is reportedly working on a new concept of a flexible screen smartphone // Gamesdone: Let’sGoDigital via Android Authority

Samsung is reportedly working on a new flexible screen smartphone. This time, no fully folding panel, but rather a screen capable of dislodging slightly from the chassis in order to give more room to the speakers to emit soft melodies. This is in any case what describes a patent application recently filed by the mark and discovered by the Dutch site Let’sGoDigital, who produced illustrative visuals for this amazing concept.

The idea would be to dynamically arrange a sound box inside the phone, tilting the top of the screen a few degrees towards the user when the speakers are in use.

In its patent application, Samsung describes a design articulated around a fixed rear panel and a tiltable front panel. The speakers, microphone, selfie camera and sensors are sandwiched between these two panels by being attached to the back of the front panel so as to follow the screen as it comes off the chassis.

Still according to Samsung’s descriptions, the flexible panel of the device would be made of polymer, as for the Galaxy Fold. As specified Android Authority, if this concept ends up seeing the light of day, it is however very likely that the Korean giant will swap in the meantime this polymer for its flexible glass technology used for the Galaxy Z Fold 2 in addition to several layers of plastic.

Nothing is decided in advance

Another striking element of the design unveiled by Samsung: the presence of a rectilinear rectangular frame which is reminiscent of the design change observed on the iPhone 12. In the near future, Samsung could thus trade in the rounded silhouettes of its current smartphones for a new, sharper and potentially more streamlined look.

It should be remembered, however, that the firm files dozens of patent applications each year for various projects whose commercial outcome is not in advance. It is quite possible that the device that interests us today will never be finalized … and marketed.