Can we combine style and technology? This is the bet of the Korean manufacturer Samsung which announces a little surprise for the end of the year holidays: the possibility of customizing the hinge of your next Galaxy Z Fold 2 on the Samsung Shop. 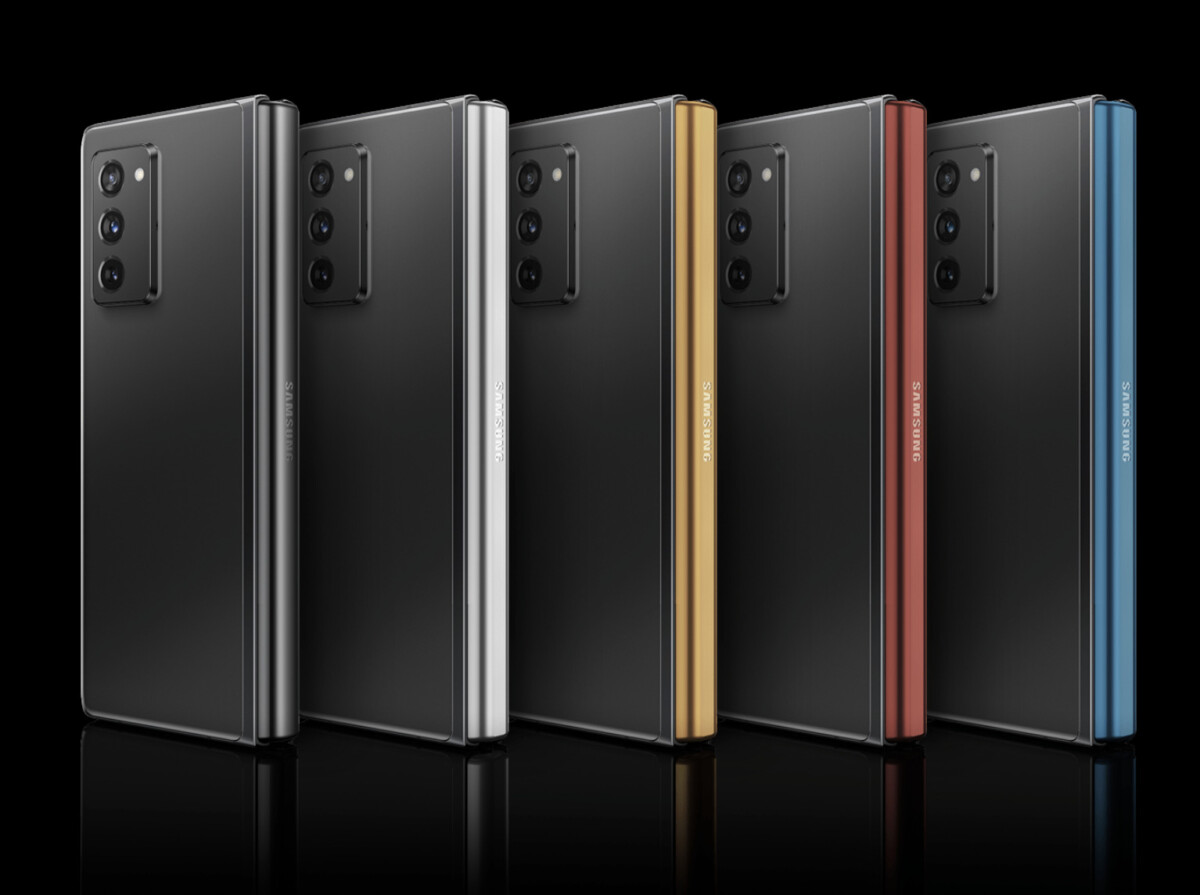 By unveiling the first Galaxy Z Fold, Samsung revealed the results of its research and development work on the smartphone sector. With this second edition, the manufacturer is now showing that it perfectly masters the recipe for terminals with two screens. From the classic smartphone, we are moving to a use that is closer to the tablet.

Recently, the manufacturer has made it possible to customize the color of the hinge with four colors, and at no extra cost. The possibilities are numerous, and you can discover them on the Samsung site.

A reworked hinge for this second opus

For the second version of its Galaxy Z Fold, Samsung has revised its hinge. Softer when folding, the latter is now reinforced and the manufacturer announces that it has tested its resistance to more than 200,000 openings. Samsung has also made sure that dust cannot get into the cogs of the hinge. Through our test, this results in a feeling of robustness.

Since the hinge is the centerpiece articulating the two screens of this smartphone, Samsung also offers to customize its color. Directly from the manufacturer’s online store, it is now possible to choose from four colors: Metallic Silver, Metallic Gold, Metallic Blue and Metallic Red. The Samsung Galaxy Z Fold 2 thus becomes a real luxury product with finishes personalized by the user. 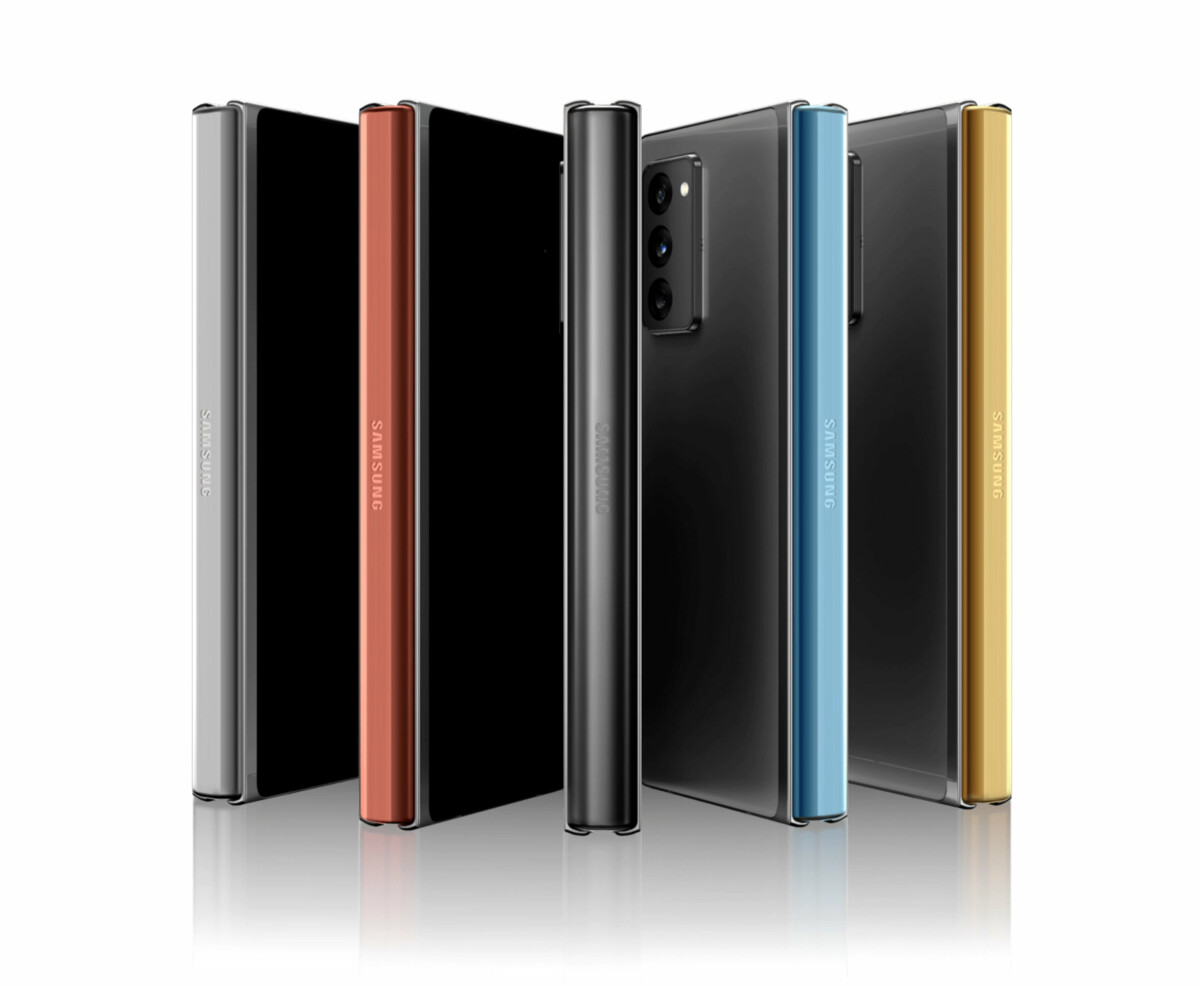 These colors can be combined with both variants of the Samsung Galaxy Z Fold 2, which is available in either Mystic Bronze or Mystic Black. Note in passing that this personalization is free. However, before receiving this personalized creation, you will have to be a little patient: the waiting period is three weeks. It is therefore better not to wait too long to make a wonderful Christmas present.

When folded, the Galaxy Z Fold 2 has a Super AMOLED glass panel protected by a layer of Corning Gorilla Glass Victus. This protection offers increased resistance to scratches and shocks which is welcome for such a beautiful object. The screen on the outside measures 6.23 inches and offers a definition of 816 × 2260 pixels for an atypical 25: 9 display which occupies a large part of the front of the phone. It is thanks to this screen that you can quickly use your smartphone, without having to unfold it.

When unfolded, the Samsung Galaxy Z Fold 2 offers a larger 7.6-inch Super AMOLED display with a resolution of 1768 × 2208 pixels and a resolution of 373 PPI. For more fluidity, Samsung has included a refresh rate of 120 Hz. The fold is slightly visible, but it does not spoil the experience offered by this large and very beautiful screen. 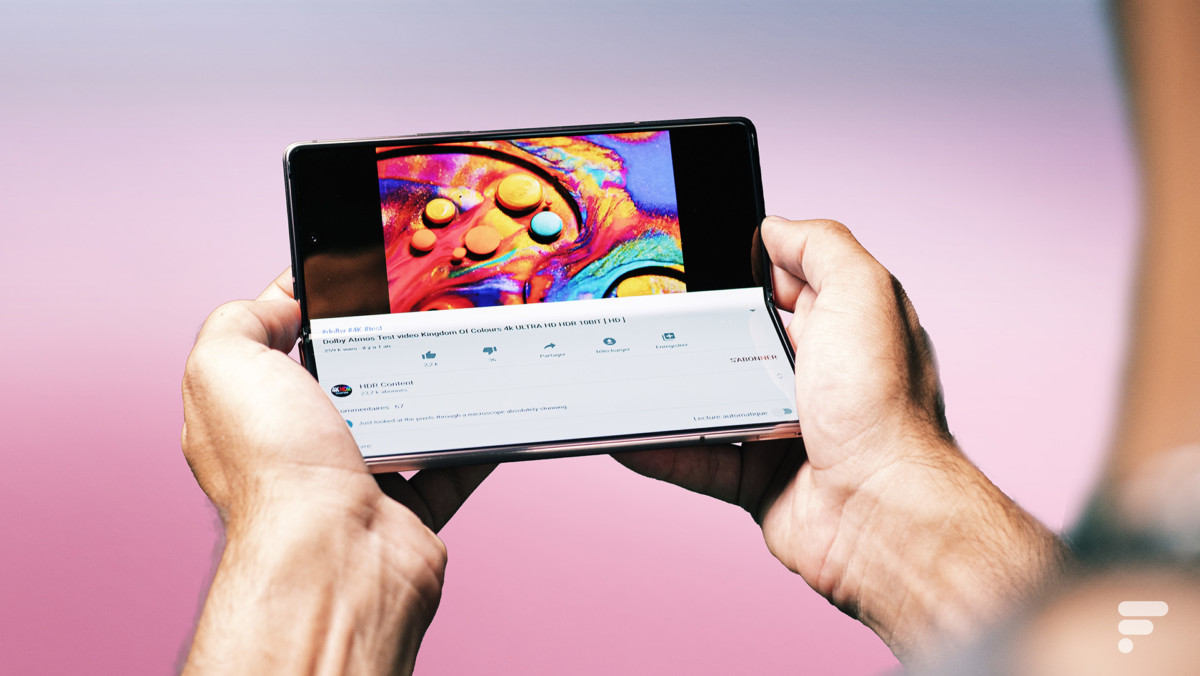 The Galaxy Z Fold 2 has a 4500mAh battery with 25W fast charging in wired and 11W in mode wireless. The smartphone is also capable of transforming into a wireless charging roller, to charge its connected watch or its headphones for a coffee for example. 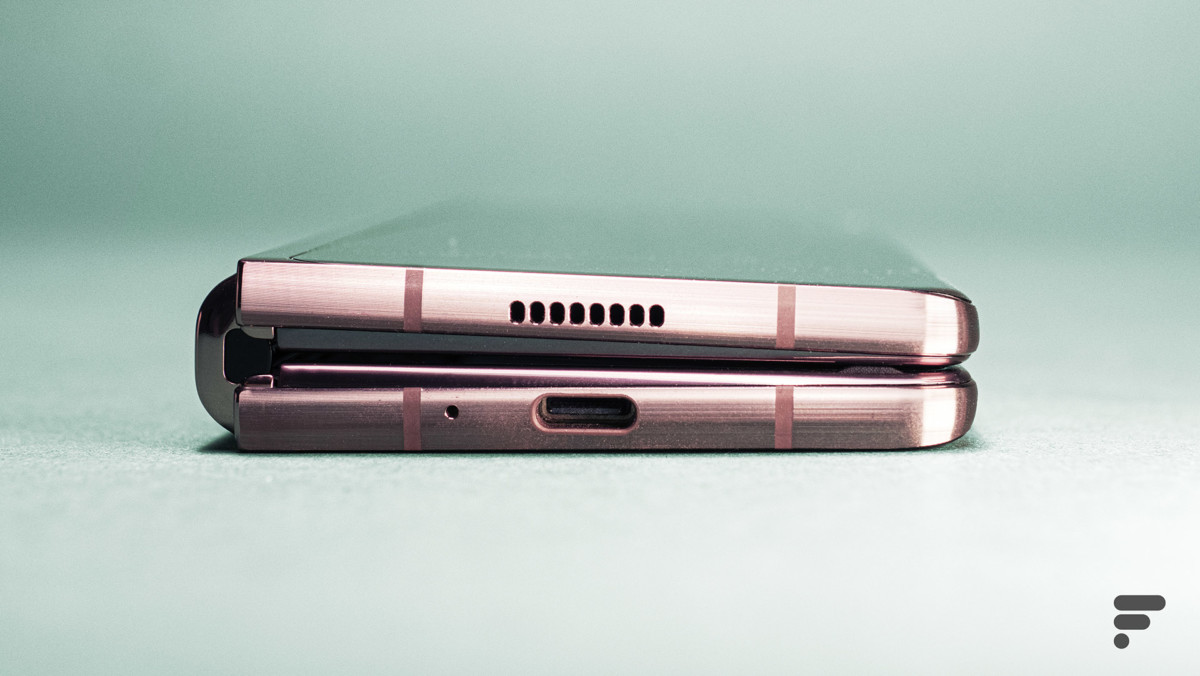 On the photo side, the device has a rear module made up of three sensors. The main wide-angle camera is 12 Mpx with an ƒ / 1.8 aperture. We also find an ultra-wide angle of 12 Mpx (ƒ / 2.2). The telephoto is also 12 Mpx (ƒ / 2.4) and allows 2x optical zoom and 10x digital zoom. The advantage here is that it will be possible to directly consult the pictures on a large screen, especially since the Samsung Galaxy Z Fold 2 is a very gifted smartphone in this area.

The Samsung Galaxy Z Fold 2 comes with Android 10 and One UI 2.5 interface, one of the best on Android to date. The manufacturer is working on an upcoming update to Android 11 and One UI 3.

The Samsung Galaxy 2 Fold 2 is available at a price of 2020 euros on the Samsung site. Note that the manufacturer offers payment facilities, with monthly payments that can be spread between 12 and 36 months. Note in passing that on the Samsung Shop, the manufacturer is offering a 200 euros bonus on the trade-in value of an old phone until December 6.