Samsung has unveiled its new generation of Exynos chips that will be found in the brand’s new Galaxy S21s. The Exynos 2100 looks very promising. 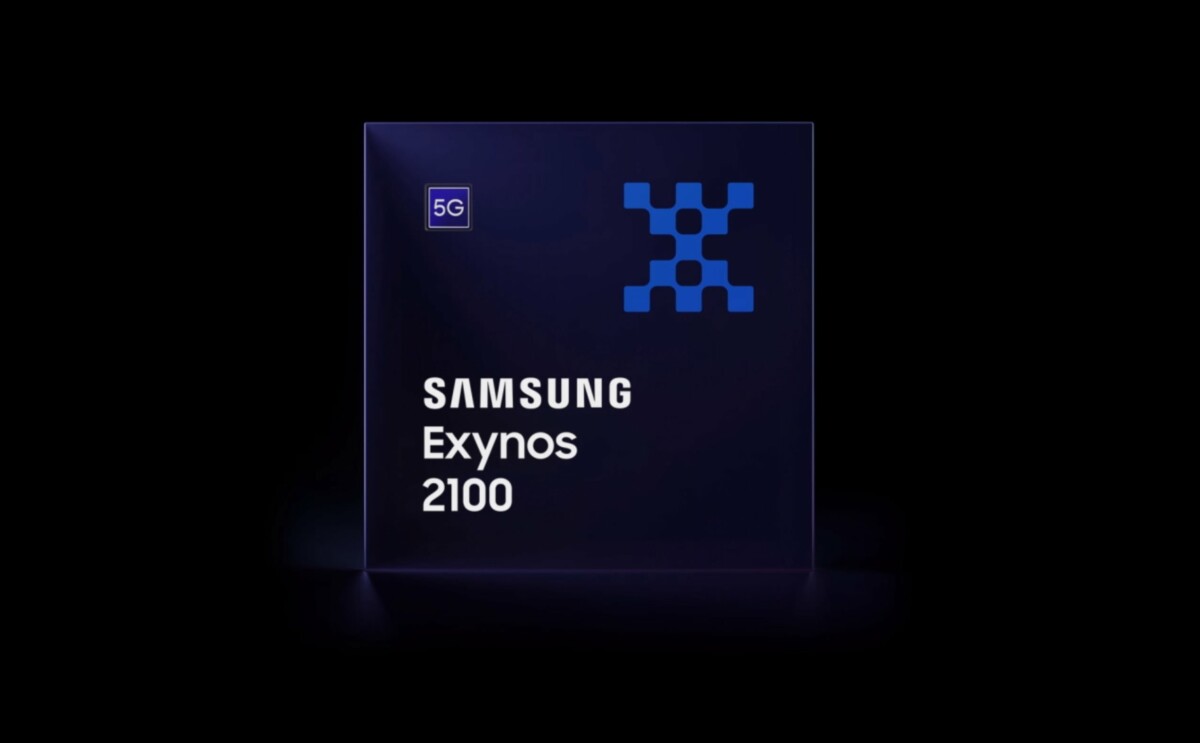 Exynos is back, this is how Samsung began its small conference at CES 2021 dedicated to its new Samsung Exynos 2100 chip. Its goal? Demonstrate that Samsung has made sufficient efforts to compete again with Qualcomm and Apple to offer the best chip in a smartphone.

A 5 nm chip with the latest ARM technologies

The Exynos 2100 definitely says goodbye to the architecture developed in-house by Samsung to turn to the Cortexes directly developed by ARM. It is more precisely an 8-core processor with 1 high-performance Cortex-X1 core at 2.9 GHz, 3 medium cores Cortex-A78 at 2.8 GHz, and 4 low-power cores Cortex-A55 at 2.2 GHz.

The comparison with a Snapdragon 888 is quite simple since the latter uses the same structure (1 x Cortex-X1, 3 x Cortex-A78 and 4 x Cortex-A55) with lower operating frequencies. This means that the Exynos 2100 should offer higher performance at the CPU level anyway. 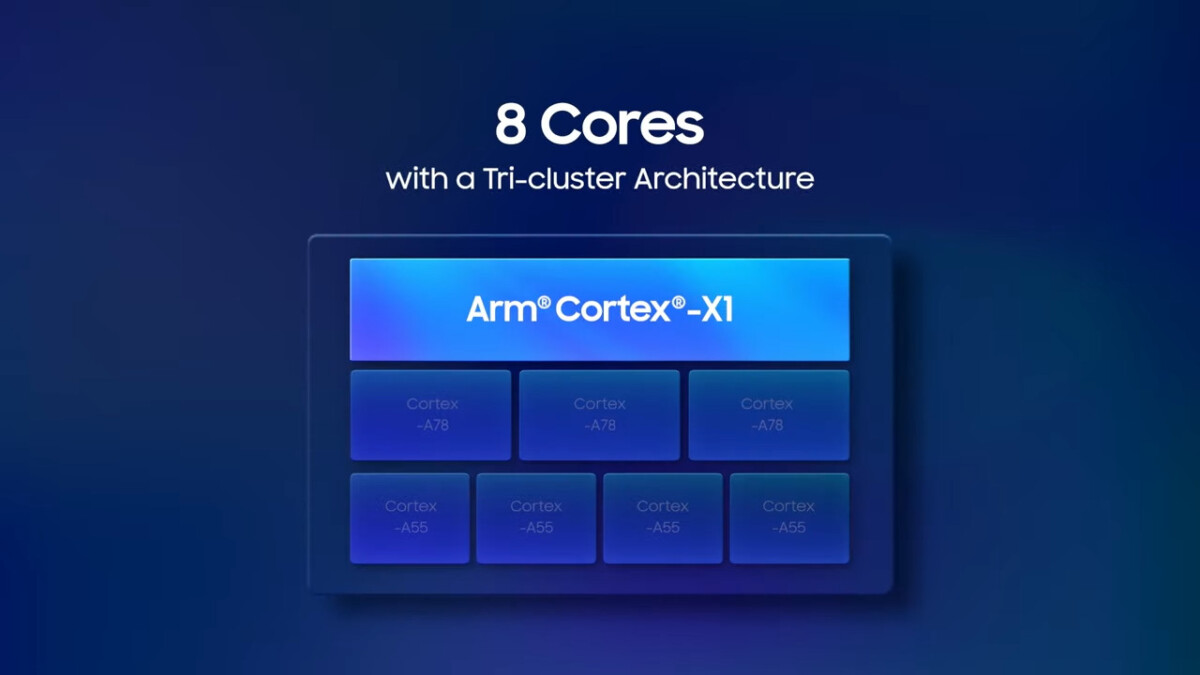 The chip is manufactured by Samsung with its brand new 5nm process. Here too, Samsung is up to date since the latest Apple and Qualcomm chips now use 5 nm.

But a mobile SoC is not just a processor, but a set of components that must be inspected precisely. First of all, the graphics chip was not developed by AMD, but by ARM. The Exynos 2100 uses a Mali-G78 chip with 14 cores all the same. Here, we can compare with Huawei’s Kirin 9000 equipped with the same chip with 24 cores which then offered very high-end graphics performance. The conference ended with a reassuring announcement concerning the partnership with AMD, it is still relevant, but will concern future chips from Samsung.

The Exynos 2100 also incorporates a state-of-the-art 5G modem, capable of handling sub-6GHz frequencies as well as millimeter waves for speeds up to 5.1 and 7.35 Gb / s respectively for download. 4G LTE aggregation has also been worked on to offer up to 3 Gb / s for download. 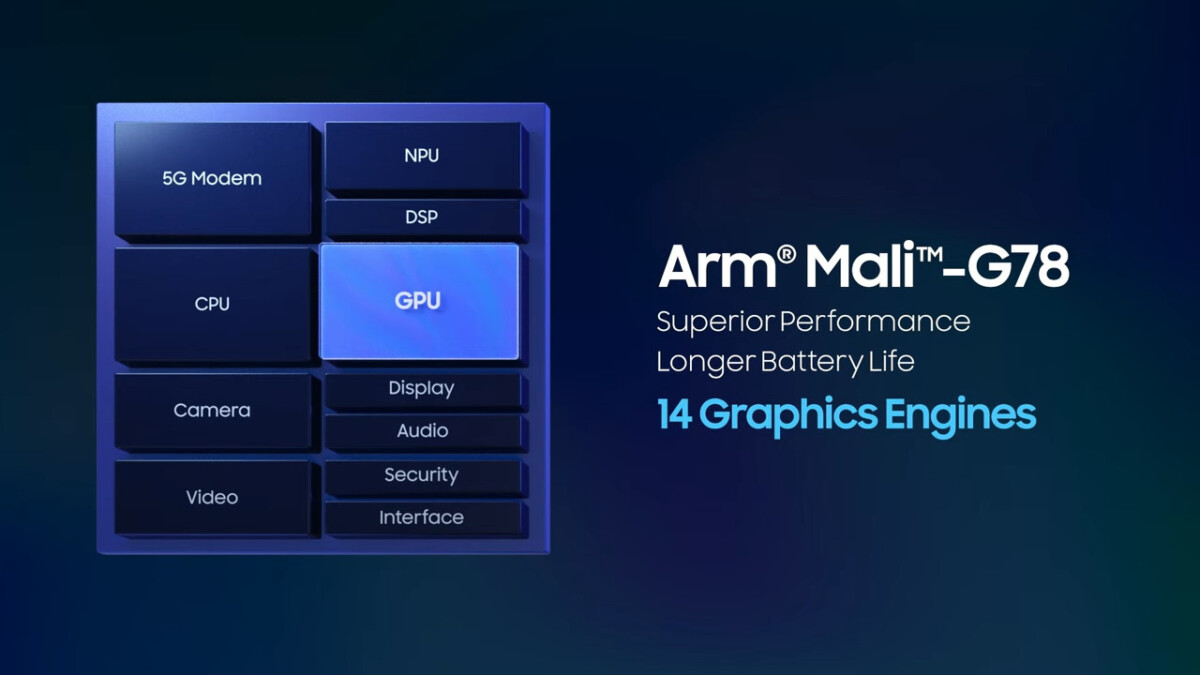 The ISP, which is responsible for analyzing the data from the smartphone’s photo sensors, can here support up to 200 megapixels on a single sensor. We imagine that this will be used for the increasingly complex photo modules of Samsung’s flagships. In details, the firm’s teams announce that the Exynos can manage up to 6 devices at a time.

Last detail of this overview of the SoC: the smartphone screen can display a 4K definition 3840 x 2160 pixels at 120 Hz, or a QHD + definition up to 144 Hz. Will Samsung develop a 4K smartphone, until then the preserve of Sony Xperia smartphones? This remains to be discovered.