During its conference ahead of CES 2021, and alongside its new products, Samsung unveiled its ever greener policy for its products. And among his ideas, two have struck the spirits: useful recycled packaging and a solar remote control without battery. 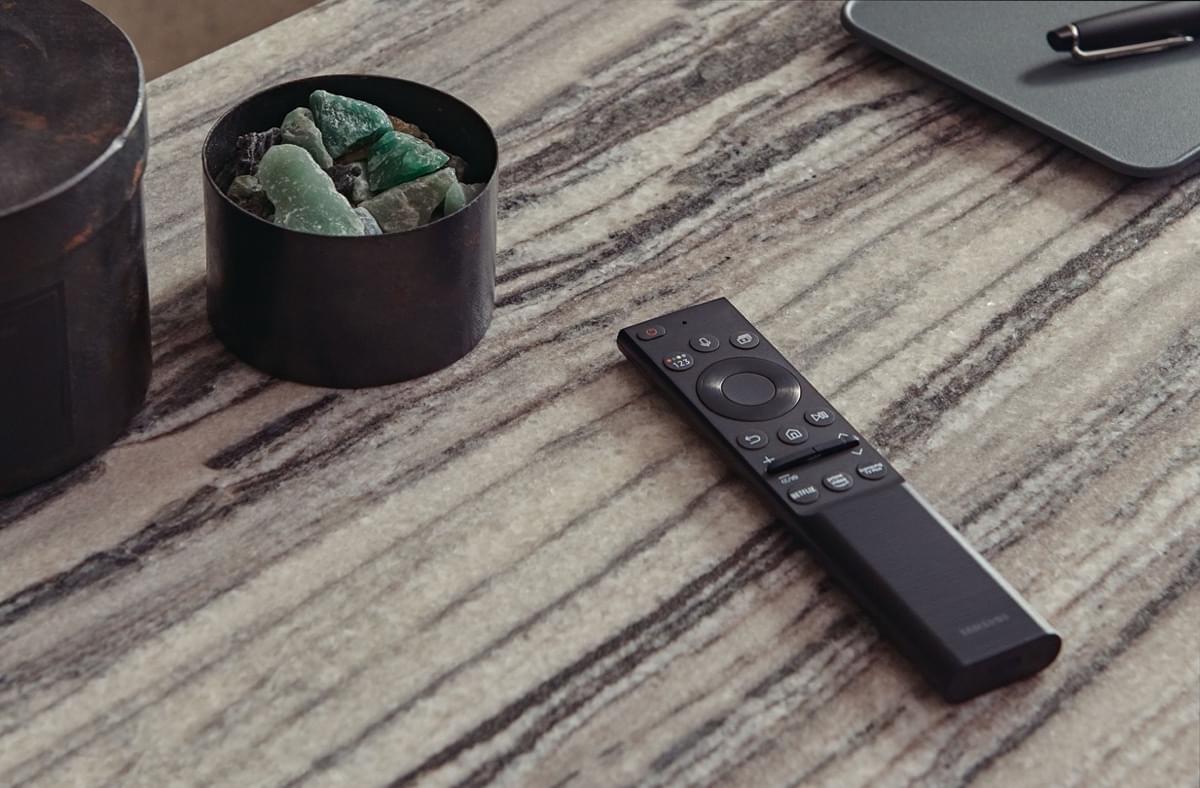 While a high-tech product is not necessarily good for the environment, and some manufacturers make efforts to minimize the inconvenience for the planet, we do not always think of the collateral damage of its purchase and the additional waste that ‘it also spawns.

The tech giants are increasingly trying to green their image, whether in the daily operation of their factories, offices or shops by opting for “eco-friendly” buildings. But this also increasingly involves thinking about recycling packaging or product design. Samsung has understood this well. Since last year, the packaging boxes of certain televisions have opted for a second life which is not in the recycling center or the garbage chute, but in the form of objects to build.

During his online conference First Look to kick off its virtual CES 2021, Samsung has decided to go even further “for a sustainable future“By embarking on a journey called” Going green “. And to set up this sustainability program, the South Korean firm has chosen to make it more concrete so that its consumers perceive it on a daily basis.

While presenting its new televisions, Samsung obviously promised to do everything possible to “reduce the carbon footprint and improve the energy efficiency of its products by reducing energy consumption. “Concretely, this will typically result in the use of recycled materials on its entire range of televisions, but also, more intelligently, by tackling”next to»: Packaging and remote controls.

Recyclable and fun packaging for all

Last year, Samsung unveiled its reusable packaging for its The Serif, The Frame and The Sero range. One way to transform the simple cardboard protecting the TV into an object that can be used every day, from the bedside table to the pet kennel. An initiative hailed by consumers and which subsequently gave rise to a creativity competition.

And the most original creations have been added to the design manuals (just scan the QR Code on the packaging to find out how to make the chosen module to order). So welcome to the rocking horse, the coffee table or the four-legged teddy bear.

And what’s new for 2021 is that this concept, which is both useful for the planet and fun for the family, will be extended to all Samsung lifestyle televisions as well as to certain models of the new Neo QLED range. “This is expected to recycle up to 200,000 tonnes of corrugated packaging boxes each year.The company explained, also referring to the sharp decrease in color printing ink on packaging for text and images.

When it comes to electronic devices, what could be worse for the planet than the number of batteries used each year to keep them running and which unfortunately often end up in nature? To remedy the problem, Samsung has a solution: get rid of the batteries.

And to achieve this, the company relies on the sun to replace it. Obviously, this can only be used for products with low battery usage like your TV remote control. So the Asian giant decided to replace the batteries with a solar cell on its remote control. 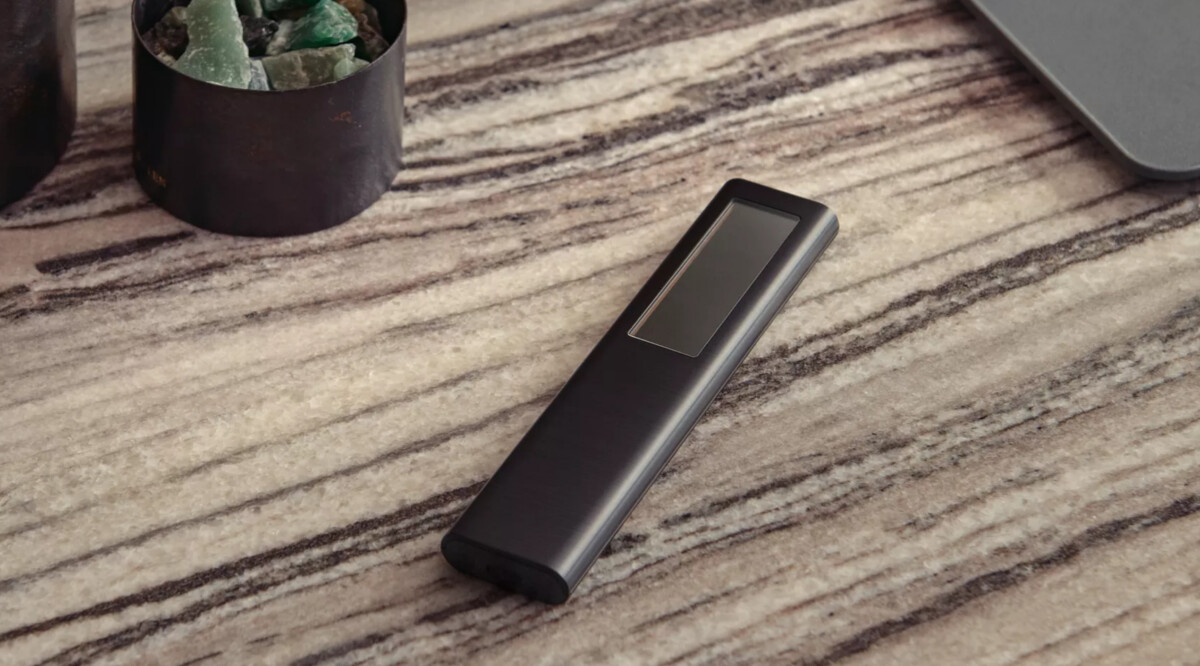 In absolute terms, it will mainly be a question of using it to recharge the battery (rechargeable batteries?) Built into the device. The area will be extremely sensitive, Samsung announces, and can even take advantage of the interior light of your home to recharge. An interesting initiative that will also allow you not to be surprised and find yourself without a battery. In addition, with a USB-C port, the remote control can be recharged on any charger. And Samsung even promises a year of autonomy.

To perfect everything and support its green approach, Samsung has even designed a manufacturing process for its remote control from plastic from recyclable bottles (and 24% recycled content for the rest). 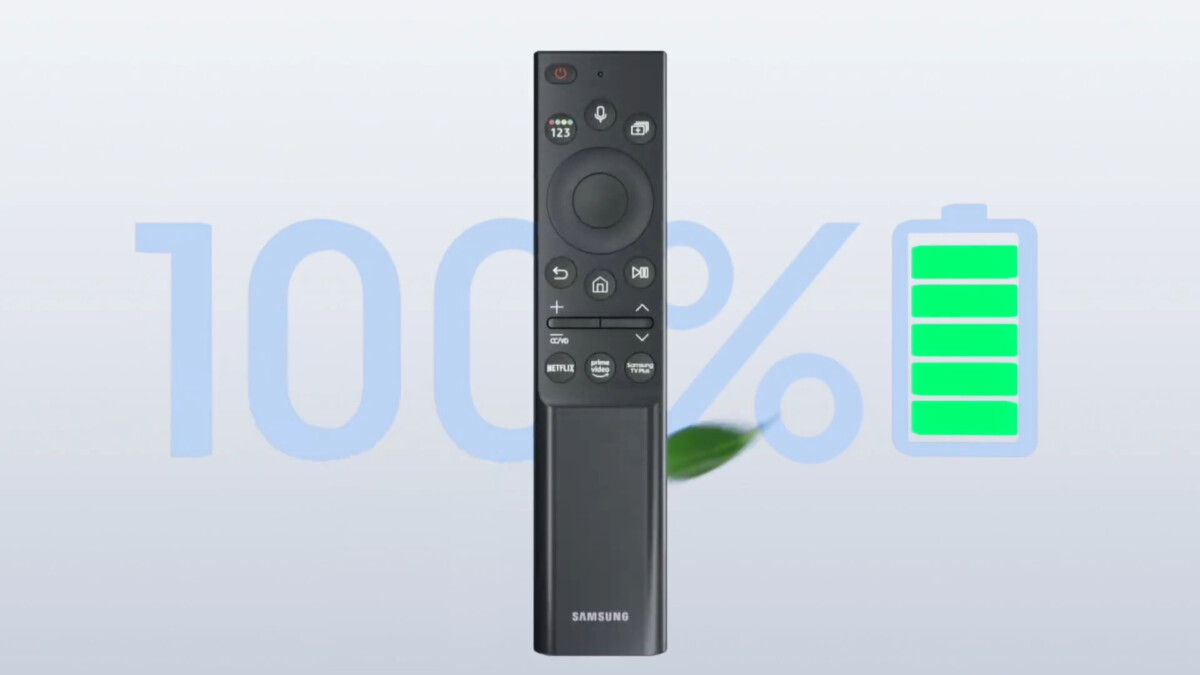 Certainly, initially, it is the new Neo QLED televisions that will have the first novelty. But the manufacturer promises that eventually, this will prevent the use of 99 million non-rechargeable batteries over seven years, the equivalent of 200 tons of waste saved on the planet.