Pointed out in the past for some wanderings of its dating application, Tinder has, in recent months, put the emphasis on the security of its service in order to guarantee serene exchanges to its users. 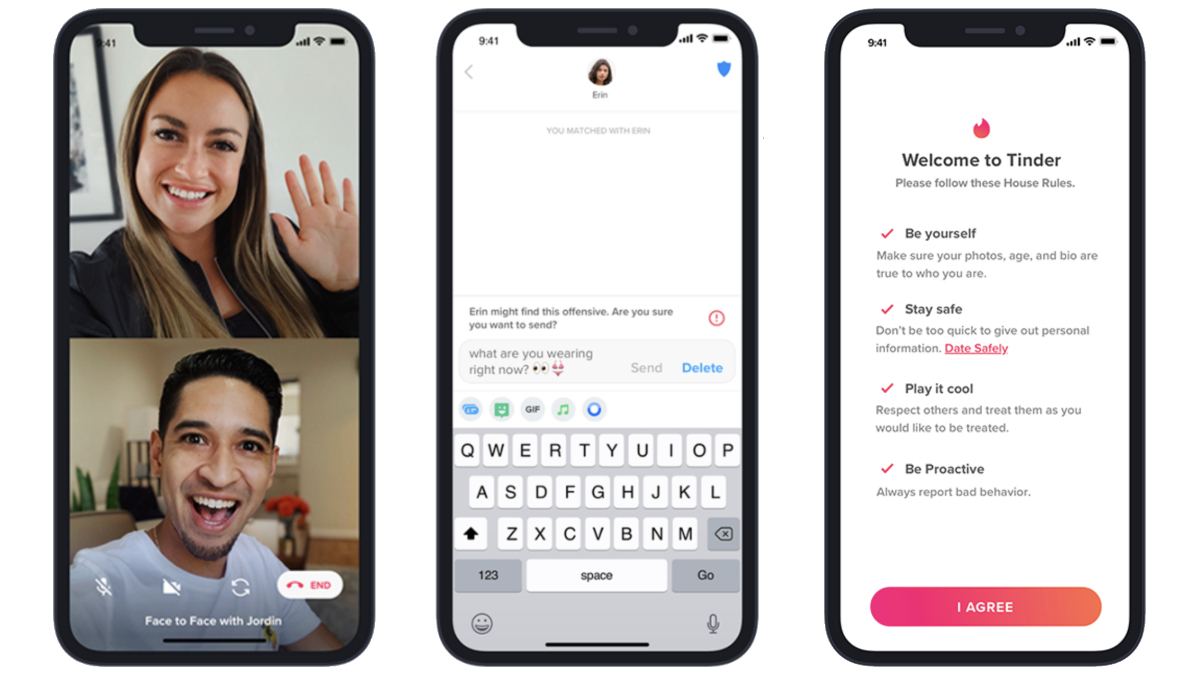 Tinder strengthens the security of its service // Gamesdone: Tinder montage

Meet with confidence, both vis-à-vis his / her possible future partner and his / her use of the service. It has become the mantra of Tinder who wants purify exchanges to facilitate matches between users.

Launched in 2012, the application is evolving in its approach to dating, adapting as much to data security rules as to the requirements of generation Z, its new target audience. Now, it is essential to make Tinder ” a safe place of trust to meet new people“, Explains the side of the company. 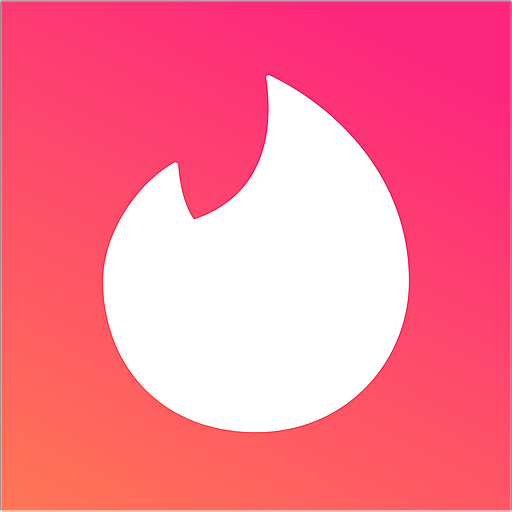 So, Tinder has focused in recent months on rules and innovations in terms of security and trust with 10 golden rules that the application intends to instill in its users. From registration to the first video meeting, including messages sent or incorrect profiles, the app wants to check everything and encourages its registrants not to hesitate to report inappropriate comments or embarrassing behavior. 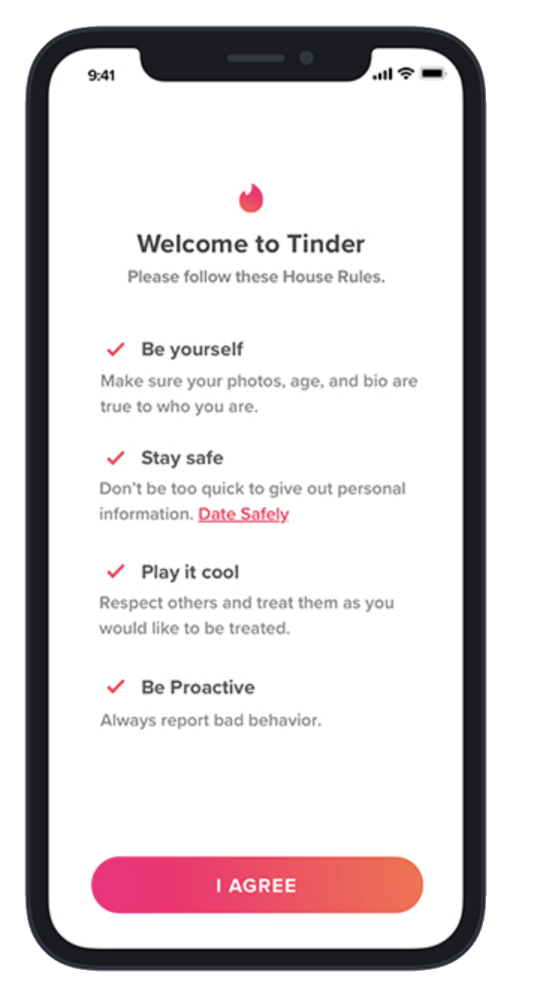 A commitment upon registration

« Users should feel safe connecting with people they don’t know. They can easily feel vulnerable, ”Recalls Rory Kozoll, security manager at Tinder. ” And if they don’t find respect or security, they won’t be able to be themselves and won’t want to come back to Tinder ”.

Everything then begins upon registration. Future members should now read and accept the rules of the service. This is the first message they are led to read. It provides the code of conduct to be followed to avoid inappropriate behavior. ” This increased the number of visits to our safety tips by 57%“, We explain at Tinder.

Personalities such as anonymous have sometimes found themselves with their photo adorning false profiles, generating misunderstandings or scam attempts. To avoid this, Tinder increases its security when creating the profile. Each new registrant can use the profile check function and an AI will thus verify that you look like the photos you added. A blue badge, a sort of certification, appears after activating the function to strengthen the confidence of matches potentials.

A hub dedicated to security

Tinder has also implemented a security center. Rather interactive, it consists of articles, quizzes and various resources on the various security functions offered by the application. This covers both explaining privacy features and how to report a problem or person.

You can access it from the app settings or by clicking on the security shield in the top right corner when you are in a conversation with another member. 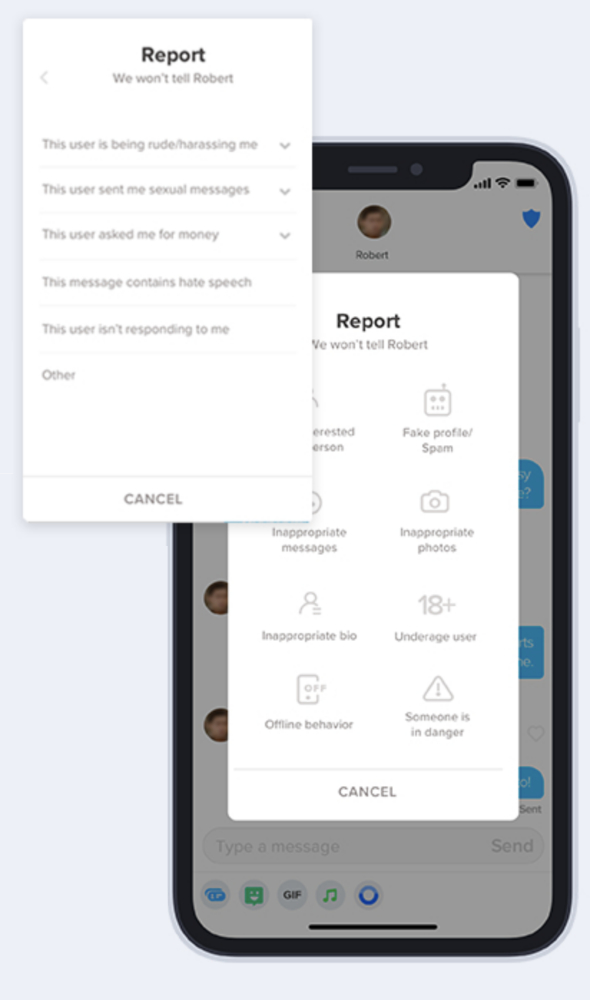 The reporting interface on Tinder

And Tinder also believes that it must ensure the safety of its users in all circumstances, especially LGBTQ + members. This is why the company launched Safety Update a few months ago. If a user geolocates abroad and is in a country at risk for him, with laws criminalizing his sexual orientation, Tinder alerts him and offers him not to display his profile in said country.

Since October, users around the world can take advantage of Video Chat, a new function that allows you to interact with a video match before actually making your real encounter. ” A first contact based on trust and security« , avance Rory Kozoll. « This is to make sure that the person you matched looks like what you expected. “ 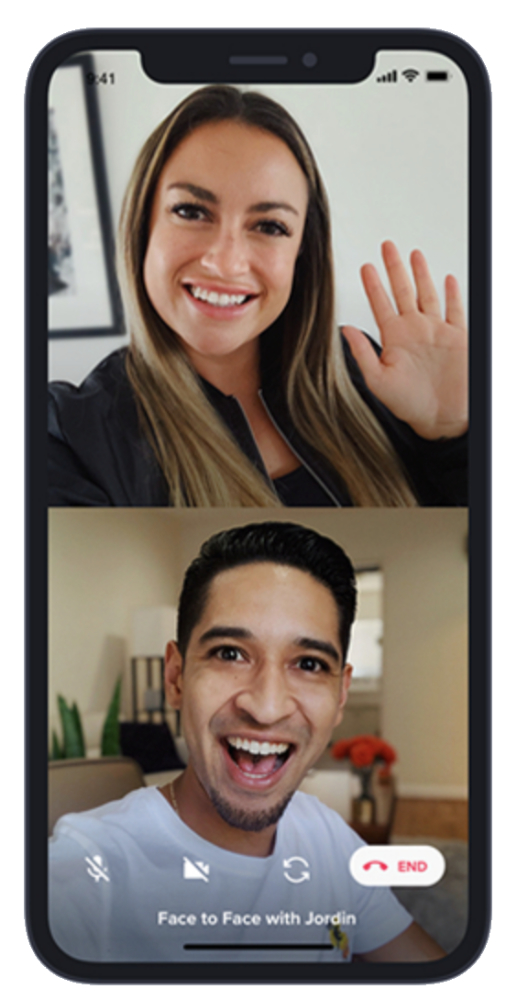 Alchemy or not, you will have a first glimpse of it without having to exchange your emails or phone numbers beforehand.

To reassure, Tinder has also set up tools to intervene with users. This can be after a report by a person. ” We think of Tinder as a party that you are invited to and that we host. If something doesn’t go well with another guest at a party, feel free to go and complain to the organizers. There, it must be the same“, Summarizes Rory Kozoll.

Human surveillance supported by artificial intelligence thus operates to identify unhealthy behavior and know when to intervene. Users have a space at their disposal to report an individual, whether for their unsuitable profile, their comments, their behavior on the platform such as during a meeting, or even for another person in danger. 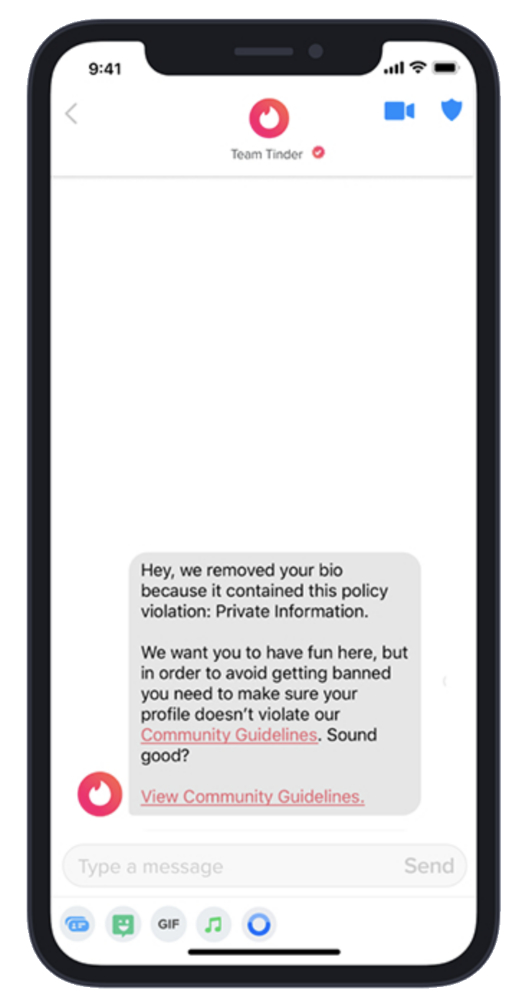 But to protect its users as much as to prevent those who have inappropriate behavior, Tinder also opts for prevention. Thus, the function Bio Warning sends an alert to a user who has been reported or spotted by the platform for violating the rules regarding the information provided in his bio. His profile is then temporarily deactivated and he receives a message to explain the reason to him while encouraging him to modify his bio or his behavior.

Other options being tested

Other options are being considered by Tinder, which has made the trust of its users its main goal. And that goes through the guarantee of the security of exchanges on the platform in return. In the United States, Tinder has partnered with Noonlight, a startup that provides a security app accessible through messages or in settings. It thus offers an emergency intervention service for users who request it.

And Tinder’s AI also tries to act proactively. When she spots a potentially offensive exchange, a message is sent to the recipient under the heading ” Does this bother you ? » (Does this bother you? in French). If the person answers ” Yes “, it can then report the sender of the offending message. The feature was activated in different countries under test and Tinder noted that this had increased reported harassments by 37%. French users should see the function arrive in 2021.

And on the other side of the loop, the sender of a potentially offensive message is going to be notified before sending. The option To cancel relies on machine learning for AI to be able to identify messages that might not meet Tinder guidelines. An alert will appear to ask the sender if he is sure he wants to send his message.

Tinder has started a test phase for this function, just to see if the dating platform is able to clearly discern a discussion that takes a certain turn of a little too direct. But the app also wants its users to be able to manage themselves individually for the collective well-being. Because it is also their relational future that is at stake just as much as the good of the app.