Razer has just announced several new products for laptops, whether PCs or Macs. 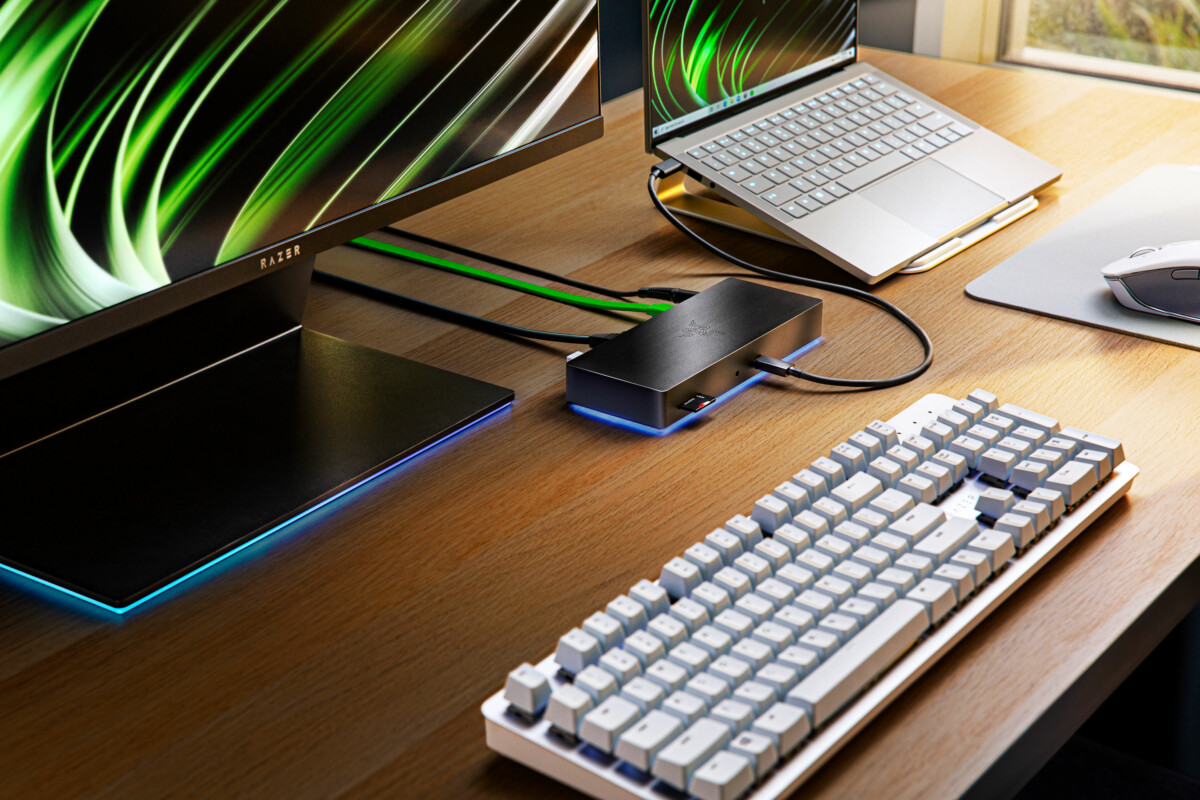 Thunderbolt 4 is gradually arriving on computers and with it the promise of being able to connect many peripherals with almost no limits, such as two 4K @ 60 Hz displays or an 8K @ 30 Hz display.

Another advantage of Thunderbolt is that it offers versatility that makes it possible to create very practical docking stations on a daily basis. That’s what Razer just did with the Razer Thunderbolt 4 Dock Chroma. It is a product that is not only reserved for Blade computers since it is compatible with Windows 10 and macOS. Given that Thunderbolt 4 is backward compatible with Thunderbolt 3, many laptops will be able to benefit from the capabilities of this dock. 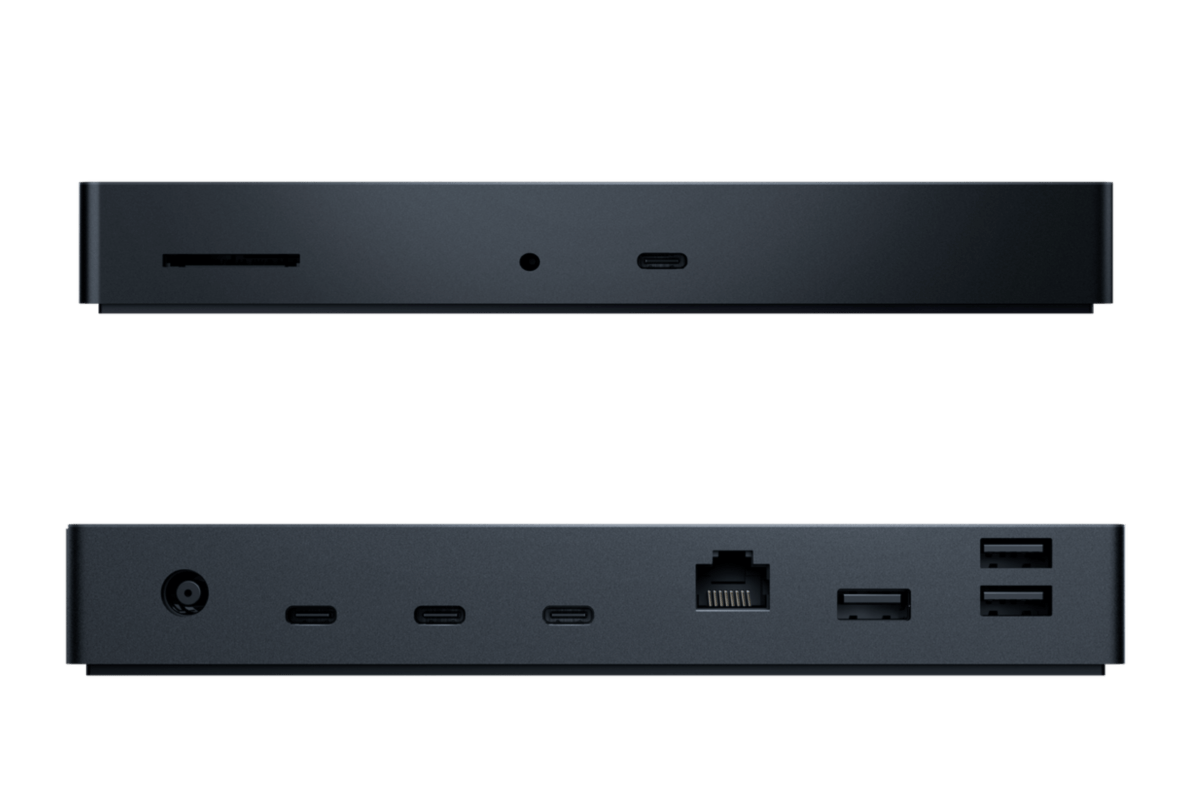 It has a UHS-II SD card reader, an Ethernet port, 3 USB Type-A ports for connecting old devices, and 4 USB Type-C Thunderbolt 4 ports for connecting everything else. It provides power up to 90 Watts, so it can recharge a large number of computer models. You will also have noted the presence of Chroma RG technology with LEDs, Razer obliges.

As is often the case with its all-in-one products, the price stings a bit: 330 euros with availability initially at Razer and then everywhere else.

There are more accessible alternatives

Recently several models of Thunderbolt 4 docking stations have been presented. 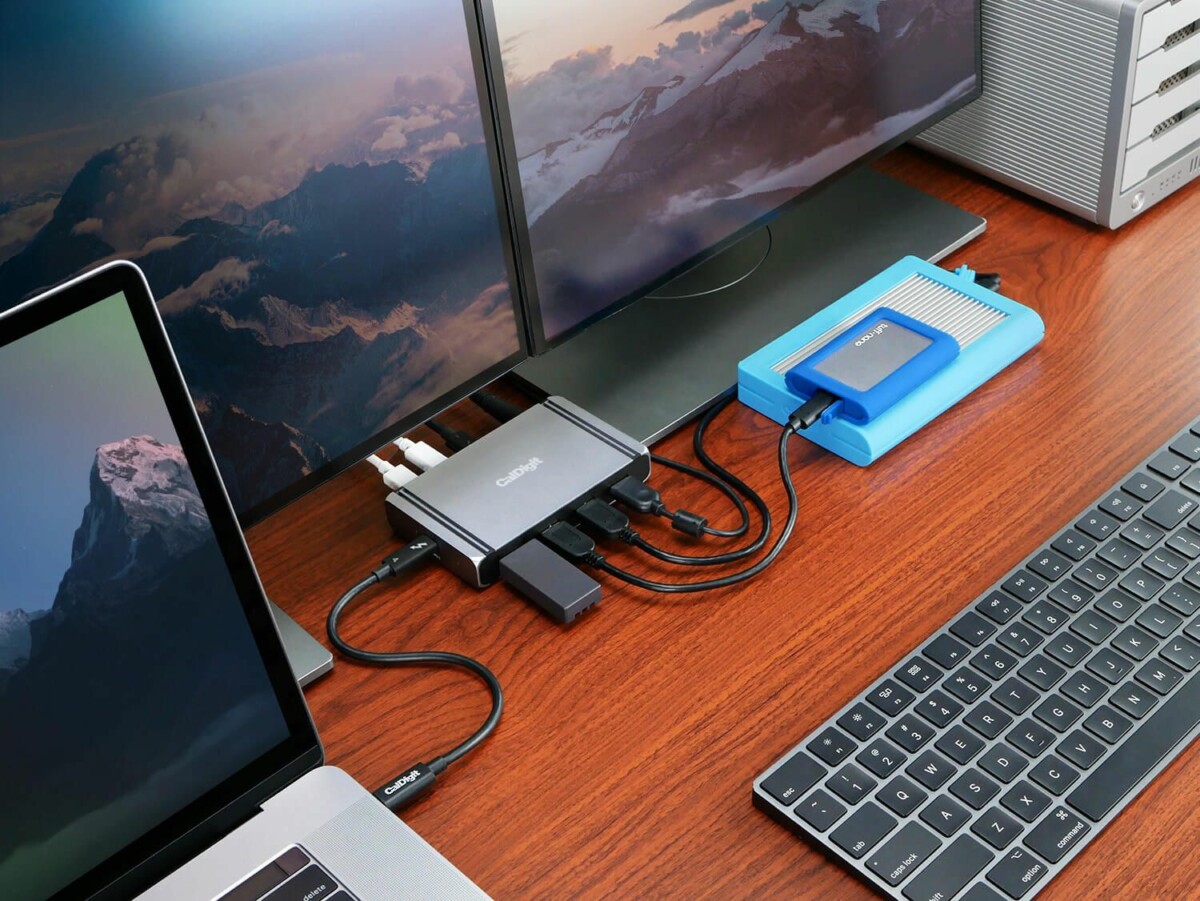 Finally, Razer has announced a practical accessory that is always full of LEDs. The Razer Laptop Stand Chroma V2 can accommodate a laptop (12 to 17 inches), whether it’s a PC or a Mac, offering a simple plug-and-play solution. 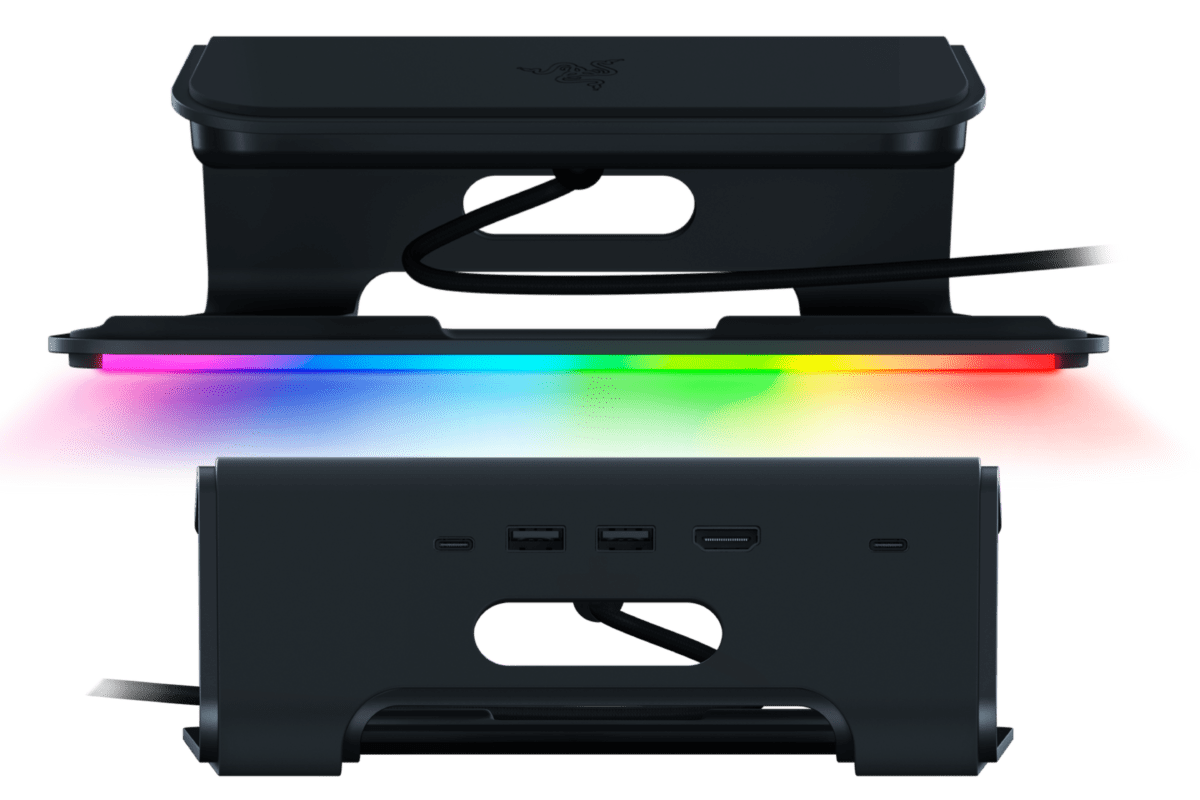 For 130 euros, it’s not Thunderbolt 4 / USB4, but it will be enough for office automation.