Qualcomm wants to take care of as many components as possible for your mobile devices. With its second generation of 3D Sonic sensors, it intends to stand out to read your fingerprint. 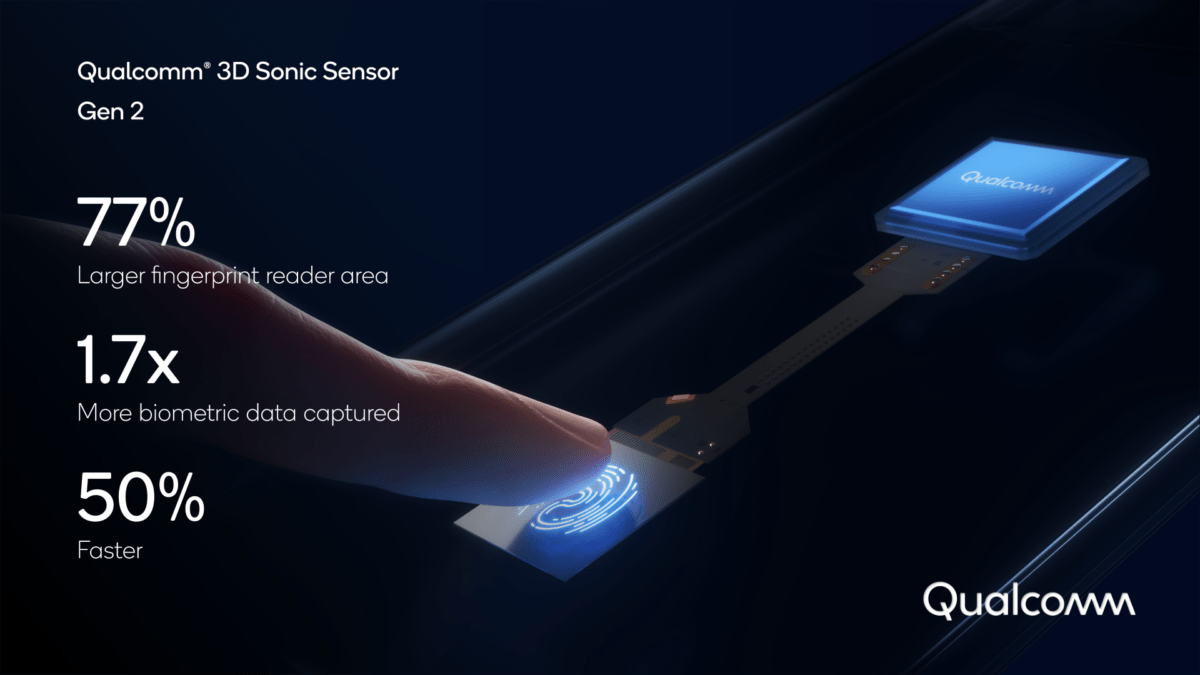 In recent years, the emergence of edge-to-edge smartphone screens has created the need for fingerprint scanners that can be placed under the display surface. The solution adopted on the majority, if not almost all, of smartphones is an optical sensor. It is quite simply to take a picture of your fingerprints and compare it to the files on the smartphone to authenticate yourself. Qualcomm and Samsung believe in another competing technology: ultrasound.

On paper, this technology is safer, and more convenient, but in practice, it has often been shown to be slower than its competitor. Qualcomm returns to the load at CES with a second generation sensor.

An area almost twice as large

The great novelty of this Qualcomm 3D Sonic Gen 2 is to offer a surface to recognize your footprint 77% larger than the previous one. This means that you will have less need to put your finger on a specific area of ​​the screen, which should make authentication more convenient “blind”, from a pocket for example. Qualcomm also indicates that the sensor would be 50% faster.

This is not the first time that we can read this kind of promises in the announcement of a sensor by Qualcomm. The brand announced a 3D Sonic Max sensor in December 2019, 17 times larger than the first generation, or 30.6 x 19.2 mm. Unfortunately, this sensor does not seem to have had much success with smartphone manufacturers.

It therefore remains to be seen if this Qualcomm 3D Sonic Gen 2 will find a buyer. The brand has promised that it should be found in smartphones very soon. We can hope that Samsung will take it for its Galaxy S21 which will be unveiled in a few days.