We were able to take charge of the OnePlus Watch to share our first feelings about this connected watch before its marketing in France and to make you wait until the complete test of the product. 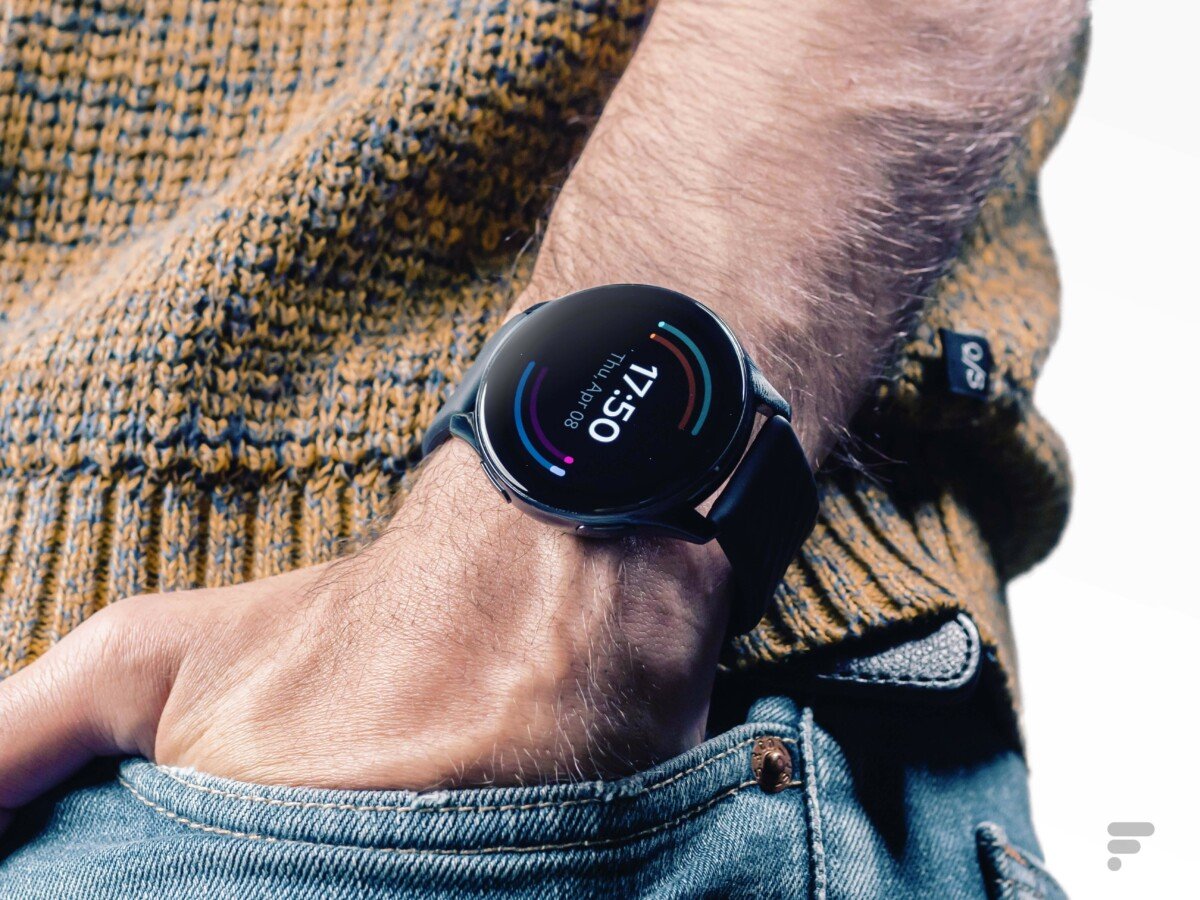 It is the first connected watch launched by its manufacturer: the OnePlus Watch. Presented at the same time as the OnePlus 9 and OnePlus 9 Pro, it obviously attracted curious glances. We received it at the editorial office for a little help in order to give you our first impressions to wait until the full test.

Let’s focus first on the design of the connected watch. With its round case, it takes on the air of Samsung Galaxy Watch Active 2. However, the OnePlus Watch imposes it right out of its packaging box. Without being huge – far from it – the stainless steel dial is much larger than what the official renderings published so far by the brand might suggest. 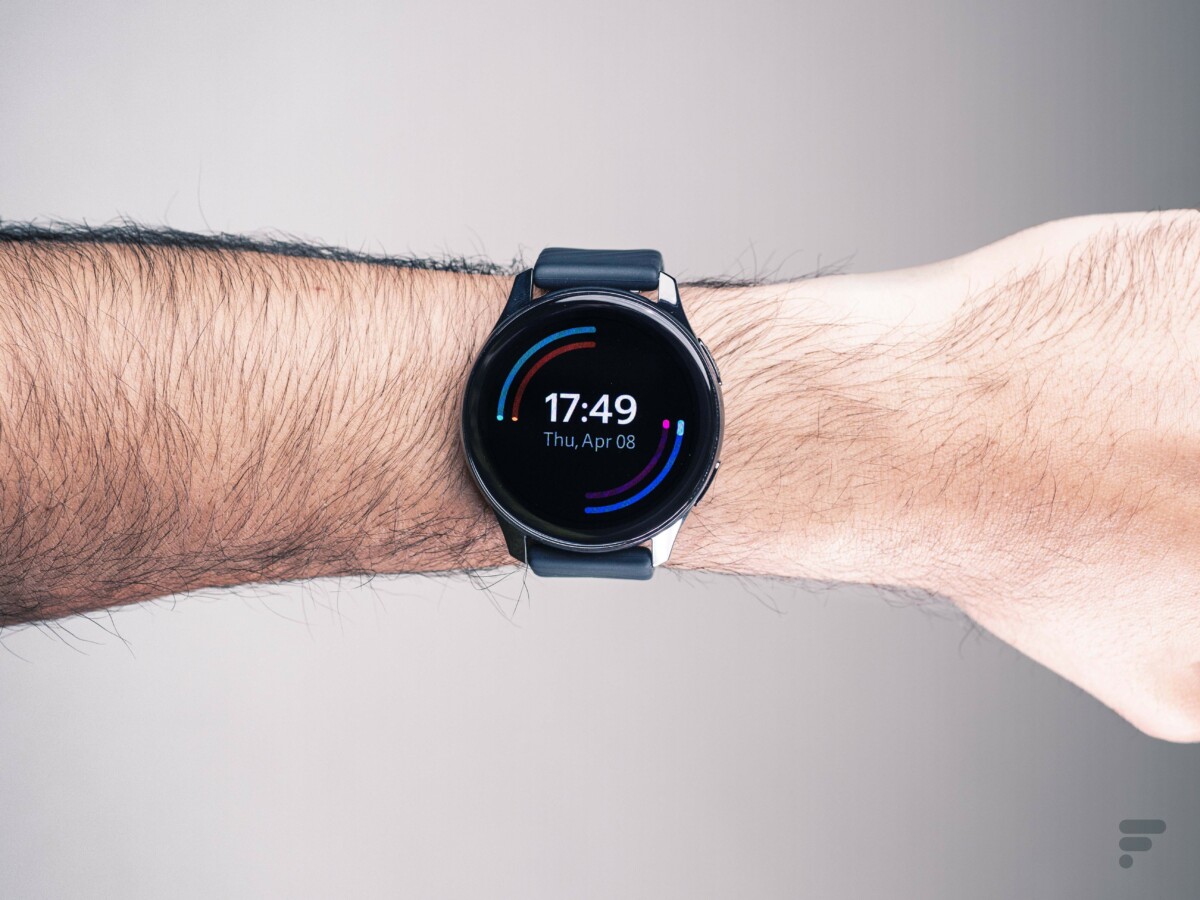 Once around the wrist, you get used to it quite quickly. The OnePlus Watch has a little je ne sais quoi of elegance with its two discreet physical buttons on the edge – including one with the brand name finely engraved on it – and grooves tracing a circle around the screen. You should also know that we are entitled here to a 1.39 inch AMOLED panel. It lights up reactively as soon as you lift your wrist, it’s nice. As with many smartwatches, you only need to cover the display area with the palm of your hand to turn off the screen.

The OnePlus Watch came to us with a standard sporty fluorinated rubber strap. Rather comfortable around the wrist, it is easy to detach from the watch. However, it bothers me on one particular point: the clasp. OnePlus opts for a system similar to the sports bracelets of Apple Watch with a small pin that must be passed through one of the holes depending on the fit that suits you the most. 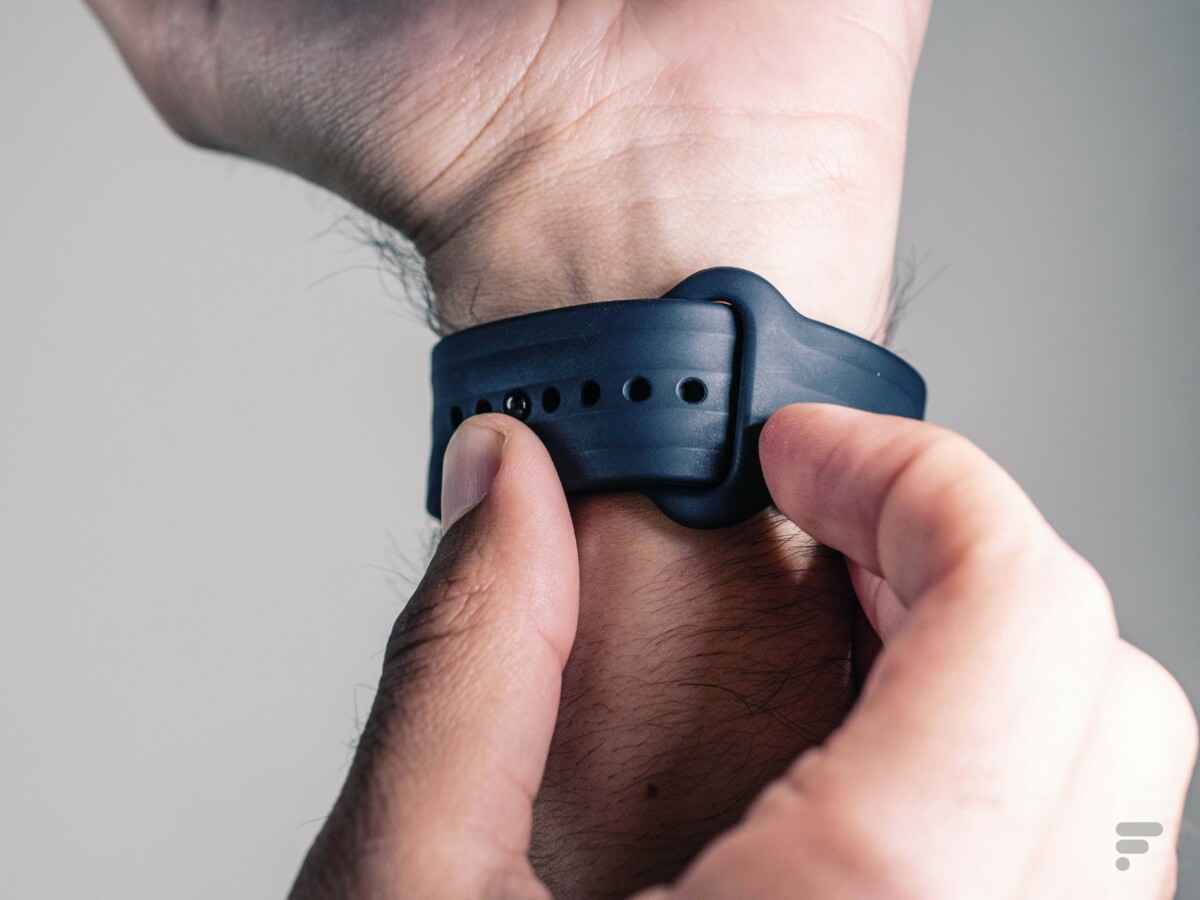 The OnePlus Watch is equipped with a rubber strap // Gamesdone: Arnaud Gelineau – Frandroid

This famous picot must be positioned back to the wrist and can therefore be a little complicated when you have not yet taken the hand. Then you have to slide the tab into the wider space. By doing this, you will make the rubber slide along your skin and it is not necessarily the most pleasant feeling. But I nitpick.

An interface full of doubts

First of all, I would like to point out that I have not been able to thoroughly test the interface which is not yet finalized at the time of writing. However, I can already tell you that it works with the OnePlus Health application to install on your smartphone.

As for the watch interface, it was designed by OnePlus and therefore does not rely on Google’s Wear OS. However, you can easily access the general settings (screen, vibrations, language, etc.) from a shortcut panel accessible by swiping from the top to the bottom of the screen. For activity tracking and important watch options, press the physical button stamped OnePlus. 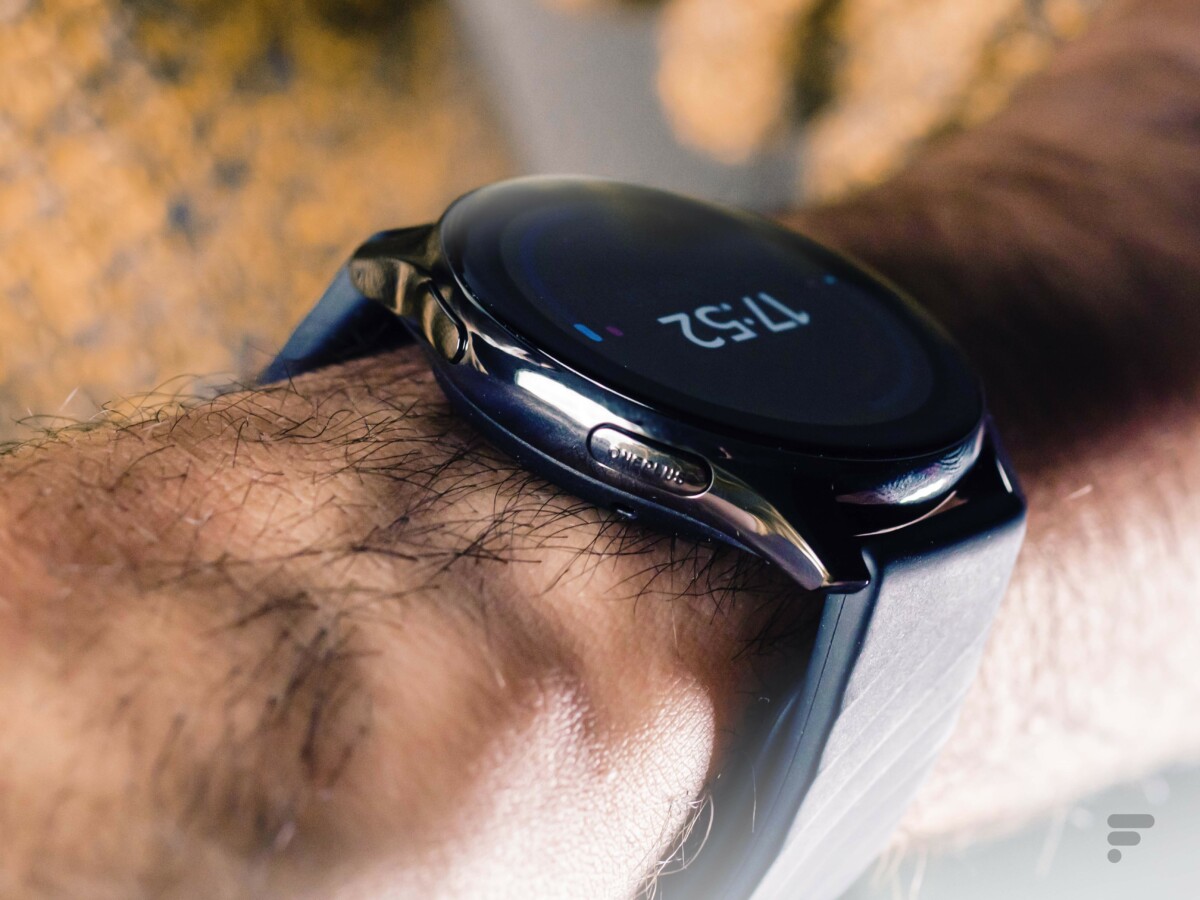 There are two physical buttons on the side of the OnePlus Watch // Gamesdone: Arnaud Gelineau – Frandroid

This allows access to the different sport modes recognized by the OnePlus Watch, but also to options such as heart rate, SpO2 or stress level measurement, sleep monitoring, weather forecast or even exercise. breathing to soothe you. During this brief handling, I also received a WhatsApp message that displayed well on the screen, legibly and the watch offered me some pre-written answers.

Finally, note two other fairly classic things, but good to know. On the one hand, the OnePlus Watch can help you find your smartphone by ringing it, on the other hand the second physical button is customizable and can serve as quick access to the function of your choice. It is all very well, but unfortunately there are errors to be noted.

Spelling mistakes roam here and there

On the French version of the interface, we can have serious concerns. Spelling mistakes roam here and there like a villain “To restartWhich makes you cringe. In addition, a large part of the options suffers from lax translation. We thus have a “In regards to“Instead of the classic”About the device“, or “No data” instead of “No data“. Special mention also on the tab “PasswordWhich completely forgets a term.

Fingers crossed that these concerns are quickly corrected via a well-refined update.

The benefit of the doubt

This OnePlus Watch thus demonstrates a beautiful elegance with a classic design, certainly, but really well cared for and pleasant to feel against the wrist. Unfortunately, it is at the interface level that we have some concerns.

With several translation errors, the interface feels like it has been sloppy for the time being. Hopefully OnePlus takes this concern head-on so as not to mar the launch of its first connected watch. These wanderings could really spoil the user experience and damage the brand image.

However, we were wondering until recently if OnePlus was still OnePlus? The ball is in the constructor’s court for a nice update. In the meantime, we can still give him the benefit of the doubt.

The OnePlus Watch, in this classic edition, will be launched on April 25 in France at the recommended price of 159 euros. Pre-orders will start from April 14.