The Redmi Note 10 and Redmi Note 10 Pro are the new representatives of the affordable range from Xiaomi. Two excellent smartphones which are already the victims of an attractive price drop on Gearbest. Find all the details below. 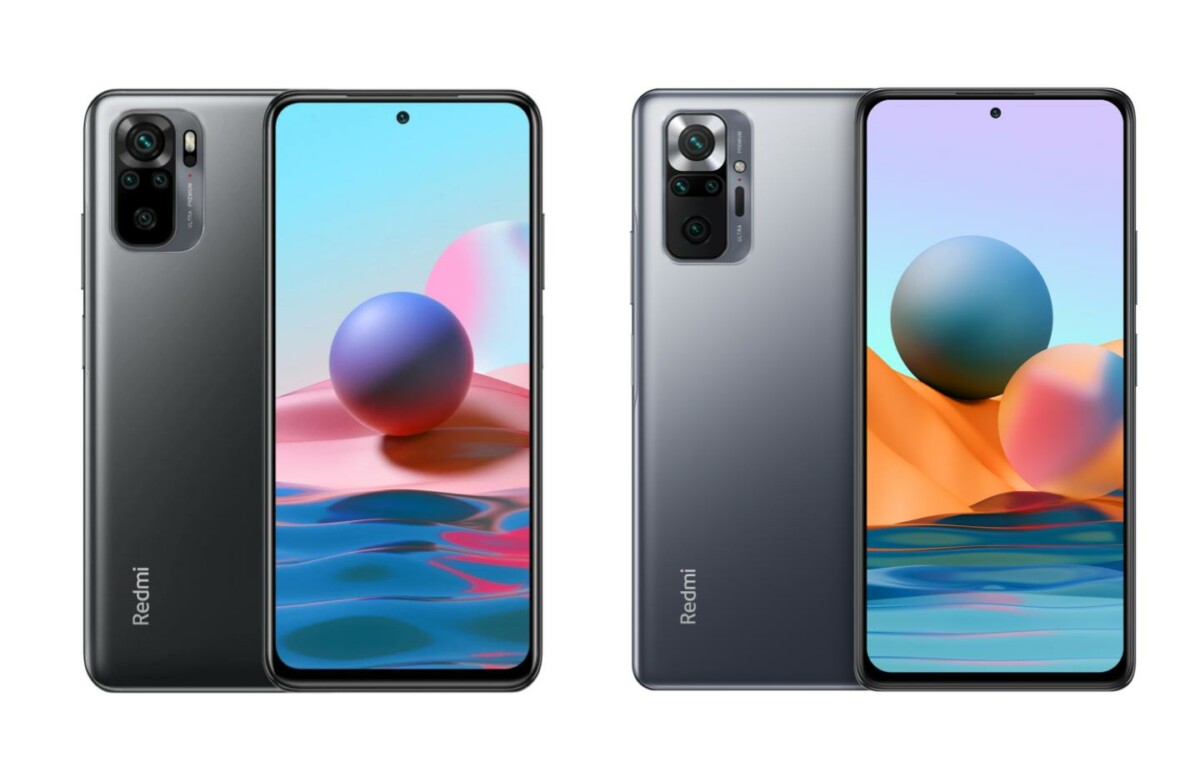 Xiaomi is in great shape at the start of 2021. The Chinese manufacturer is increasing the announcements for its various products, whether for its new connected bracelet with SpO2 sensor, its new 75-inch QLED TV or its many smartphones. The famous Redmi Note range has obviously also had its little refreshment with two new references: the Xiaomi Redmi Note 10 and the Xiaomi Redmi Note 10 Pro.

Two recent phones that are already available at a reduced price on Gearbest, thanks to a promo code for one and a flash sale for the other.

Offers at a glance 🔥

Note that the three smartphones are compatible with the majority of French 4G bands, including the B20 and B28.

The Redmi Note 10 looks a lot like the old model, where we find the same central punch at the top of the screen, in a format almost identical to the old one with a diagonal of 6.43 inches for its screen. However, the latter has the particularity of being Super AMOLED to finally bring infinite contrast technology to this price segment. It is quite simply the best panel at this price.

Performance side, it does not have to be ashamed with its Snapdragon 678 supported by 4 GB of RAM. This is obviously not a high performance setup, but it does allow you to perform a lot of tasks, like launching Fortnite. You won’t play it in good conditions, but it’s still interesting to note that it gets there where other smartphones in the same price bracket do not. The user experience will be perfectly fluid, and all the more pleasant when you know that this Note 10 natively embeds Android 11 with the new MIUI interface.

On the other hand, the photo is not his strong point. However, Xiaomi’s new affordable smartphone is still doing well. It offers a 48-megapixel (f / 1.2) main sensor, an 8-megapixel ultra-wide-angle (f / 2.2), a 2-megapixel macro lens (f / 2.4) and a depth sensor. also from 2 megapixels (f / 2.4). A classic composition which allows good versatility on paper, notably with correct performances at night and in 48 megapixel mode, but which are counterbalanced by the uselessness of the macro and depth sensor.

A smartphone from the Redmi Note range would be nothing without good battery life and one that sports the same number as Zinedine Zidane is obviously no exception to the rule. The Redmi Note 10 has a 5,000 mAh battery that can easily last two days with intensive use, or even three if your use is really moderate. In addition, and this is very rare in this segment, the 33 W fast charger allows it to recover 80% in less than 40 minutes.

The Xiaomi Redmi Note 10 at a glance

The 4 + 64 GB version of the Xiaomi Redmi Note 10 is now available in promotion at 171 euros on Gearbest, then the price drops to 155 euros using the promo code N64455C2E6553 before proceeding to payment.

As before, the Xiaomi Redmi Note 10 Pro, looks like its predecessor, the 9 Pro. We find the same central punch at the top of the screen, still in a 6.67-inch format. However, it is very different, starting with the panel which is no longer LCD blocked with a refresh rate at 60 Hz, but AMOLED at 120 Hz. The gap is immense, because it is normally one of the arguments of premium smartphones of the moment.

The photo module also accommodates a huge 108 megapixel sensor. It looks good on paper, but don’t expect to take pictures as beautiful as the 108-megapixel sensor on the Samsung Galaxy S21 Ultra, for example, either. On the other hand, it still promises a good quality of the shots on this price segment. There is also an 8-megapixel ultra-wide-angle, a sensor with a 5-megapixel macro lens and a depth sensor.

Xiaomi then made the choice to integrate Qualcomm’s Snapdragon 732G chip in its smartphone marked “Pro”. Cumulated with the 6 GB of RAM, this configuration allows most mobile games to run without slowing down, while reducing energy consumption, according to the Chinese manufacturer. This Redmi Note 10 Pro also comes with Android 11 with the new version of the MIUI interface.

To finish in style, this excellent mid-range smartphone also offers more than comfortable autonomy thanks to its large 5020 mAh battery. Easily count two days of use if you are not H24 on your smartphone. In addition, a 33W charger is included in the box to quickly recover percentages when needed.

The Xiaomi Redmi Note 10 Pro at a glance

In order to discover the other many references of the famous Chinese manufacturer, we invite you now to consult our guide to the best Xiaomi smartphones in 2021.

Lost in the jungle of Xiaomi smartphones? We’ve cleared all of this to help you choose the best Xiaomi phone.
Read more