Announced several months ago, PowerZ is now available for free. This educational game is aimed at children from 6 years old, as well as older ones. The first chapter takes them into an imaginary world where learning becomes a real pleasure. 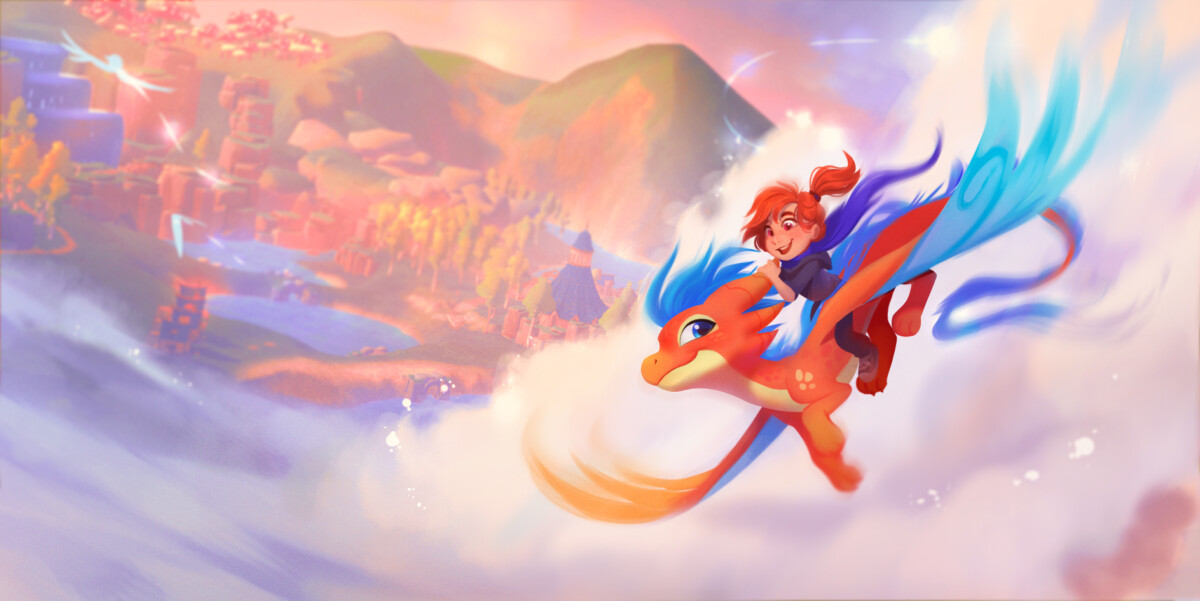 Do not put children in front of screens. Do not leave them unattended. Keep them away from video games that harm their behavior and their growth … If there is one thing that has happened, it is that the screen, in all its forms, has become part of our daily lives. Smartphone, computer, television or even connected devices screen: it is everywhere and you need to know how to live with it.

From Shadow to education

As with the rest of the hobbies and potential distractions, children – and adults too sometimes – should be taught to use screens sparingly and with a hint of intelligence. This is all that shines through behind the project PowerZ, designed by three former members of Blade, the company behind Shadow, co-founder Emmanuel Freund, Yann Carron de la Carrière and Arnaud Lamy. And it is not without pride, and some anguish, that they launched this Monday the very first chapter of their free video game dedicated to learning.

And in their footsteps have engaged a multitude of investors and partners such as Bayard, Hachette Livres or Pierre Kosciusko-Morizet (founder of PriceMinister), Michaël Benabou, co-founder of Veepee (ex-Vente-Privée .com), Octave Klaba (founder of OVHcloud) and many other tech players. This shows whether the project carries legitimate ambitions on all sides.

PowerZ aims to be a video game and educational platform

« A movement to change education“. This is how Emmanuel Freund described his project to us when we met him in September 2020 when PowerZ was still in its infancy. If with Shadow, this father of two children had known how to revolutionize computing with his innovative cloud computing, he is well aware of tackling this time a field that he knows less. ” Education doesn’t like technology and technology doesn’t like education », He exclaims as if to cover his tracks.

Yet it is the two worlds that he wants to combine within PowerZ, a concept that he does not necessarily expect to see seduce the school community. But with his good nature and the little grain of madness that characterizes him, he keeps faith in his project and the desire to do well for children.

Teaching through video games without realizing it

Children obviously at the heart of PowerZ, a virtual world reminiscent of their cartoons and video games. But here, it’s not just a question of playing or being a spectator. They are there to learn, obviously with video game codes that they know well to better tame the software platform.

Welcome to a fictional world where knowledge is the key, and where the children’s world will be enriched over the chapters and their progression. Calculation, reading, sense of observation and reflection, weather, environment, literature … all the lessons are disseminated to the four corners of the island populated by animals, chimeras and a few inhabitants.

To design the educational mini-games, PowerZ relied on the content of Hachette’s vacation notebooks and the expertise of pedagogues, teachers, advisers, etc. An educational legitimacy which is added to the legitimacy of the video game provided by its teams and certain publishers or studios who have supported development.

Don’t expect a game as realistic as a Assassin’s Creed. There is no question here of playing the historical reenactment to learn in the manner of the Discovery Tour initiated by Ubisoft around the episodes of the famous franchise taking place in ancient Greece or ancient Egypt. The world of PowerZ is all that there is more affordable for children whose target audience is 6 to 12 years old.

We are much closer to an Adibou more developed and advanced in its structure. It’s easily manageable with a mouse, keyboard or controller. The game is available for free on PC or Mac from the PowerZ website. The teams hope to soon offer versions iPad, smartphone, then Nintendo Switch and why not on consoles.

« We will launch PowerZ by block of lessons, namely one episode every 15 days to a month, with a progression in the lessons. The goal is to offer children a fun tool that is based on a story that they can follow, do in their own way and in which they will be rewarded for their progress. They even have to start by creating their character», Explains Emmanuel Freund. Thus, in the first chapter, after having tried to extricate himself from a cave by using his sense of observation, the hero will recover a chimera egg that he must hatch. A cute little dragon who will accompany him throughout his adventure.

The first chapter thus lays the foundations of the pedagogical concept of PowerZ, its desire to teach children without the forced or forbidding side of education. Without realizing it in short. Thus, the child will understand the principle of the logical sequence by deciphering hieroglyphics, calculate quickly by opening the right door to move his hero as quickly as possible on a course. 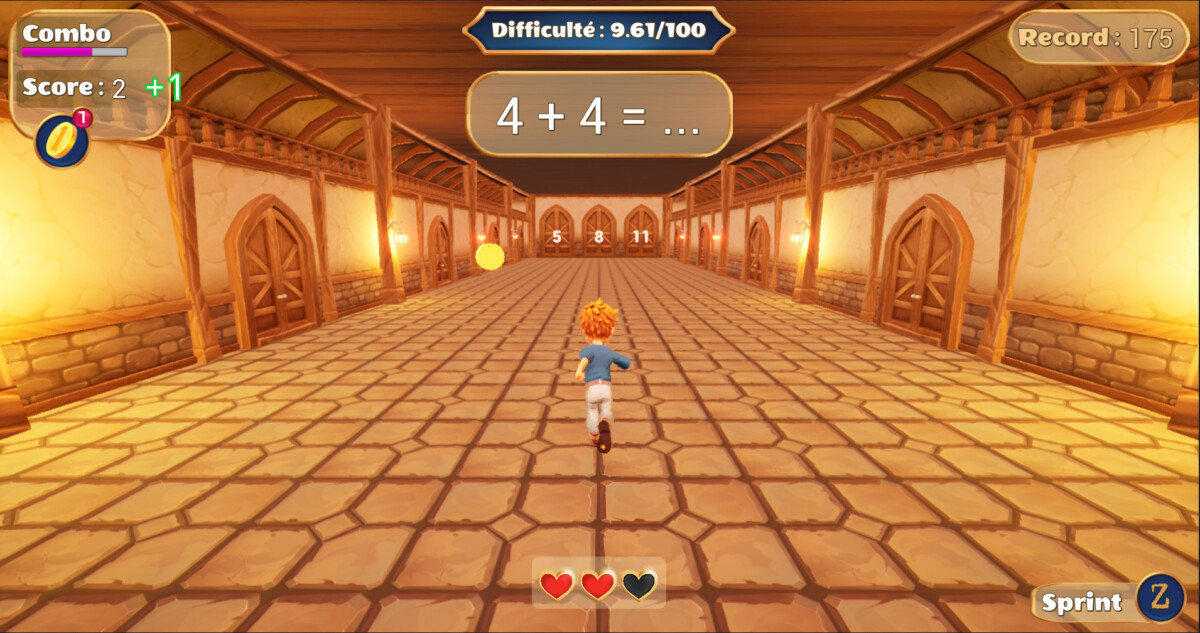 The door game to learn to calculate quickly // Gamesdone: PowerZ

All this while enriching its vocabulary of words to discover by crisscrossing the island and talking with the characters it meets. He will thus be able to feed his glossary and “improve your language»In each episode, in French as well as in other languages ​​such as English or German. “The characters use the address, speak in the past simple or in the imperfect so that the child improves his languageExplains the former thinking head of Shadow. For this dad, it is important that the children are drawn to the top by the game.

Each episode is slated to be completed in about an hour. But the child can even spend more time there to deepen his knowledge. And also to help him “disconnect”, each end of the session is punctuated by a yoga exercise in a calm environment, different from the lively islands that he will cross. These want to bring it to maximum knowledge and to the Grail, which will be here access to the city of Babylon, seat of all knowledge. 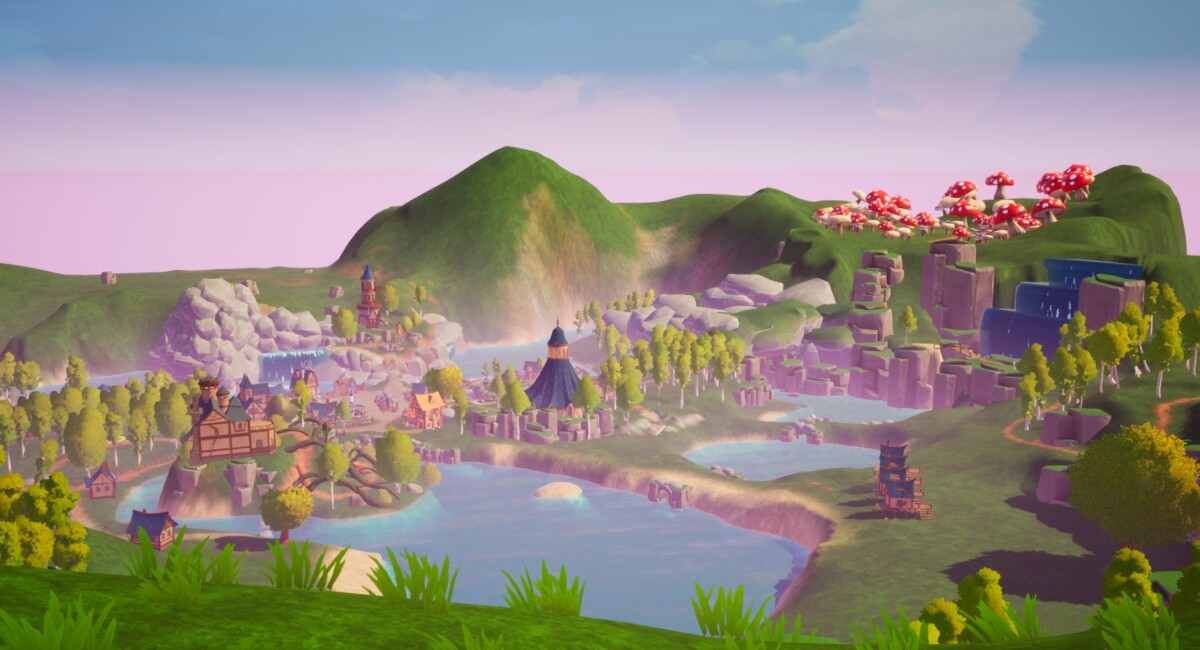 But until then, PowerZ still has many months of work ahead of it, because it will progress step by step, between technical development and recommendations from the best placed, the children who also form aboardatypical and can submit their ideas. With what financial model? “Everyone pays what they want each month based on what they think the site brings to the child», Summarizes Emmanuel Freund. A kind of free economic model with donation to help develop a project that wants to change the approach to education and bring it into the digital age. A world so present in everyday life, but still unfortunately far from the precepts of National Education.

The game can be downloaded for free on PowerZ website.

Ulrich Rozier, founder of Humanoid, the group that publishes Frandroid, has been a minority shareholder of PowerZ since the publication of our article in September 2020.