While all the comments and documents that were shared with us during the discovery of the Mi TV Q1 75 “put forward a 4K 120 Hz panel, we were finally able to identify that the panel is certainly 4K and 120 Hz, but not both. at the same time A nice dumpling that we had absolutely not anticipated … 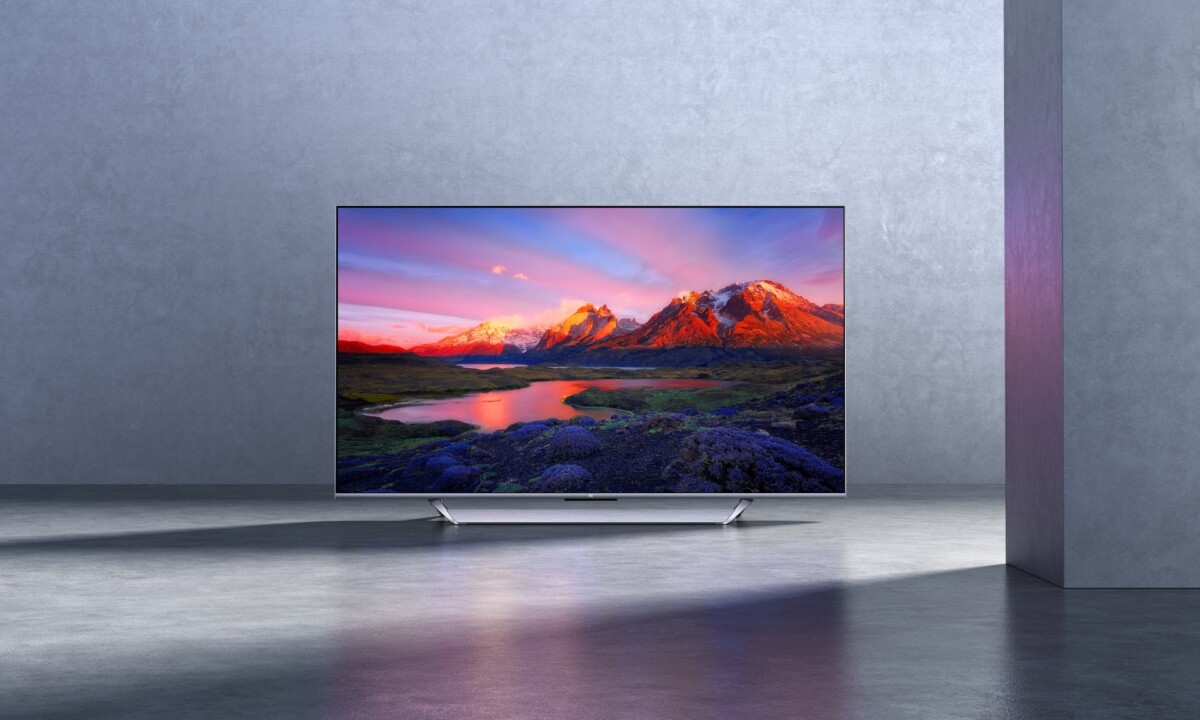 On Wednesday March 31, we published the review of the Xiaomi Mi TV Q1 75 ″. A huge QLED TV especially interesting in its launch offer “Early Bird Price” since it was offered at 999 euros for a few hours before going to 1799 euros. During the presentation of this model, all the documents and all the exchanges that we had with the spokesperson for the brand highlighted a 75-inch 4K panel which, thanks to its HDMI 2.1 connection and its compensation engine. MEMC movements, could climb at a refresh rate of 120 frames per second. Why doubt? It was written everywhere.

What the Xiaomi France teams had not seen coming, and neither did we, is that this TV is certainly 4K, 120 Hz too, but not both at the same time. Understand that it is 4K @ 60 Hz or Full HD at 120 Hz compatible. In other words, we are here on partial support of the standard since the Mi TV Q1 75 inches is indeed eARC and ALLM compatible, but does ‘deadlock on this mode (4K @ 120 Hz). For a 2021 product sold at 1800 euros, we had no reason to doubt. 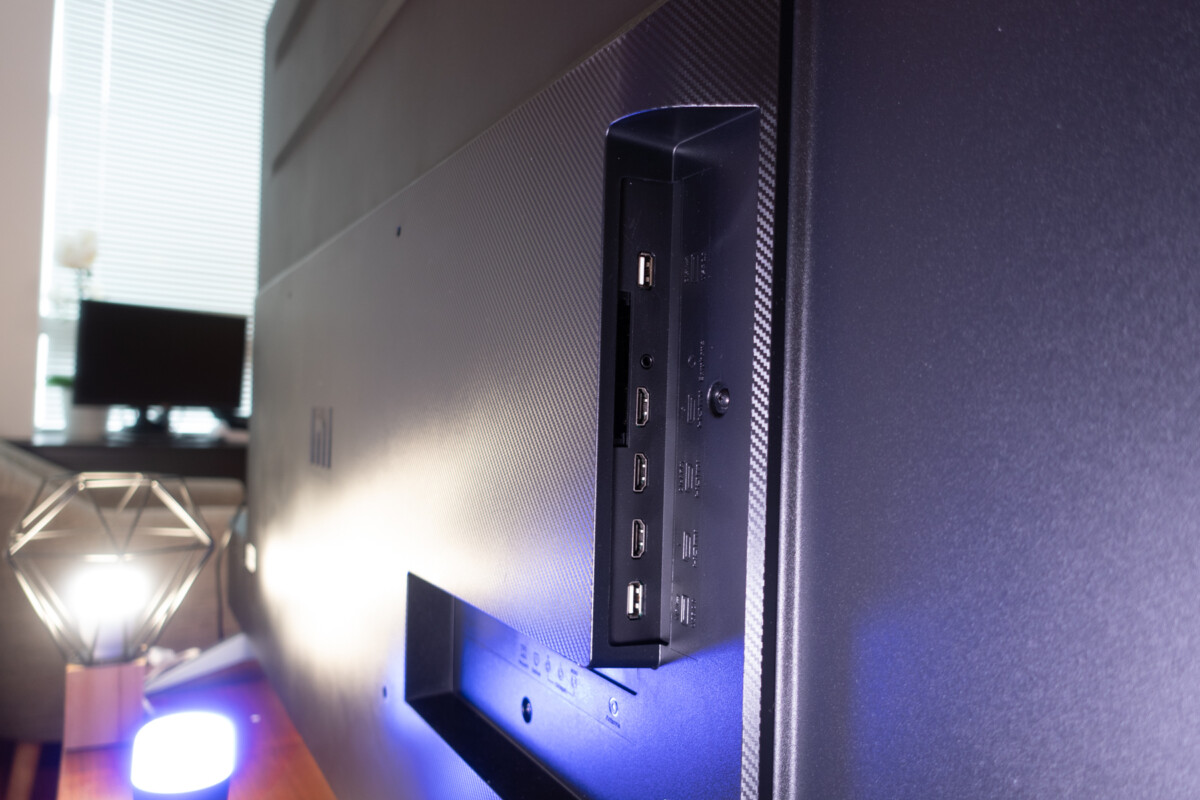 The connection has 3 HDMI including 1 HDMI 2.1 flanged

We put our finger on it thanks to a relative who was able to buy the TV and share photos with us in which we can read that 4K is limited to 60 Hz. We therefore contacted Xiaomi France: exchanges of messages, sharing of technical documents, sometimes even in Chinese… nothing mentions that the 120 Hz mode is limited to Full HD.

The devil is in the details

Neither one nor two, we will go through the entire Xiaomi site, technical sheet, description, nothing mentions such an image definition, except a small well hidden star and untranslated content that does not refer elsewhere nowhere on the site. We should have been much more careful on this point which seemed almost like a banality on such a model, but which also presents the key point for video game enthusiasts. 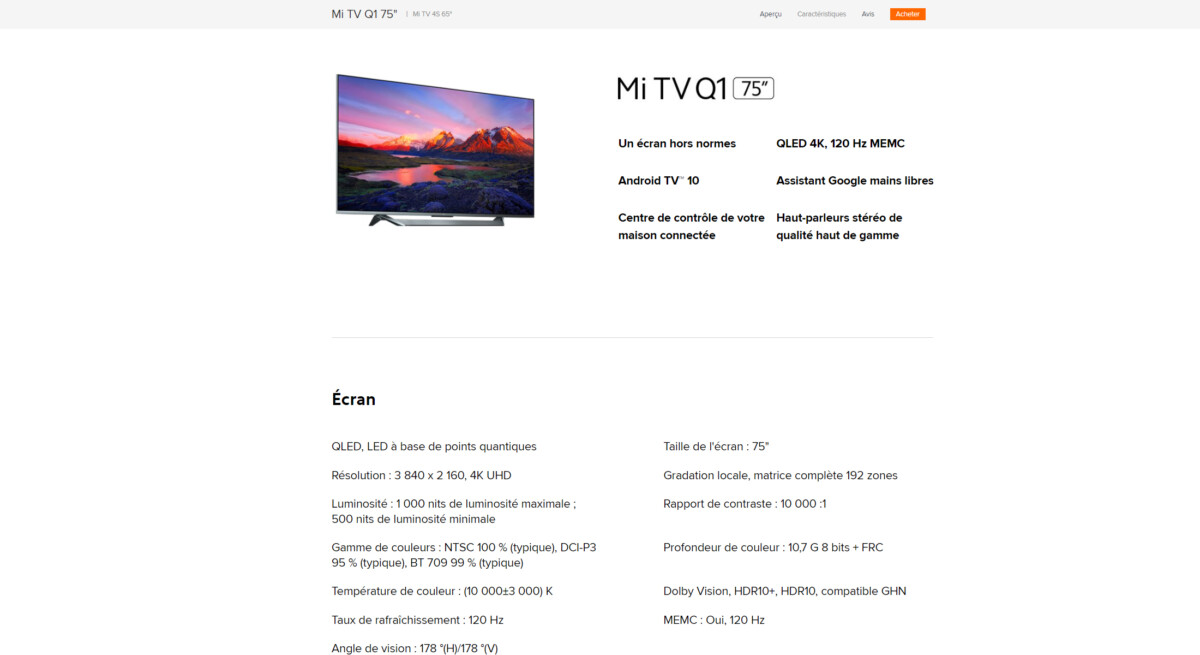 As of April 7, while the problem is proven, Xiaomi’s site is not updated

At this time, our feedback has not had any impact on the site which has still not been updated. A clarification would be welcome. In addition, we asked the brand if this problem could be corrected by a simple update and what is the speed of the HDMI 2.1 socket. To date, we are awaiting answers. 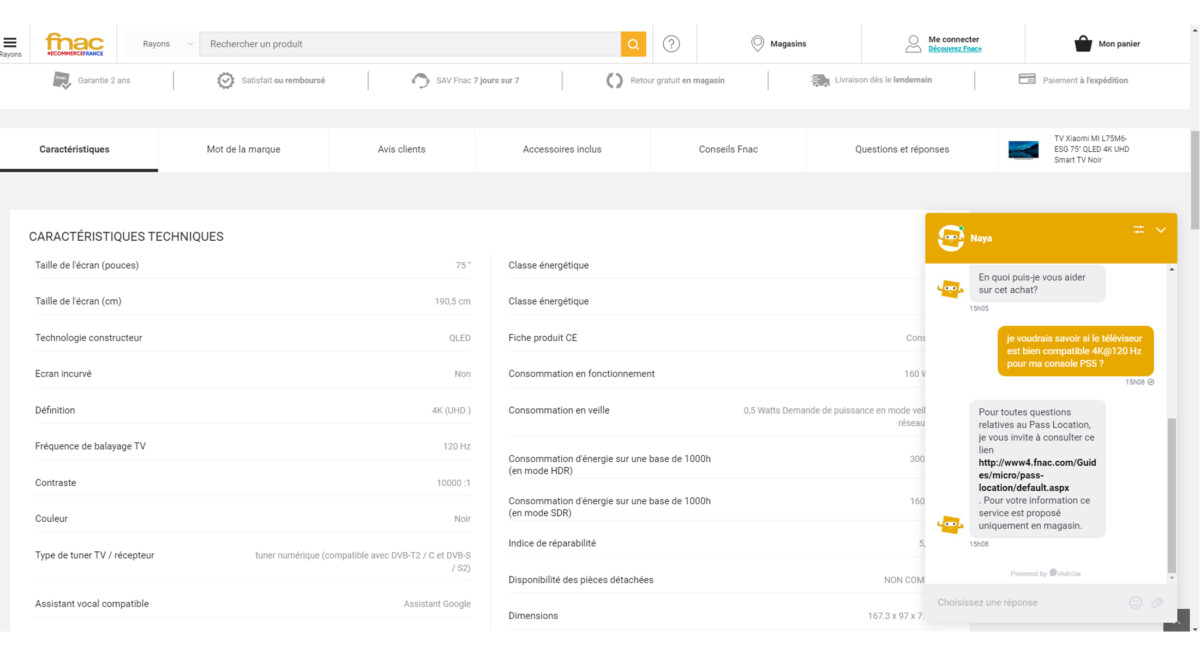 False information on the FNAC site

Consumers who could be tempted by this television despite its price of 1,799 euros (which we do not recommend) will also be deceived by the technical characteristics of the television displayed on the site. Curious, we asked the question to Naya, a counselor who logged in when we arrived on the site. We will not get a response. On the Darty site, the product is no longer offered.

The press service of Xiaomi France tells us that discussions are underway in the highest authorities. For now, however, no emergency action has been taken to show more transparency to buyers. Anyway, the fact remains that all those who were able to buy it at 999 euros got a good deal, a fortiori those who play on an Xbox Series S which is limited to a lower definition.