A prototype of the first Apple Watch was exhibited. Enough to discover the software interface, but also the case, very different from the final design. 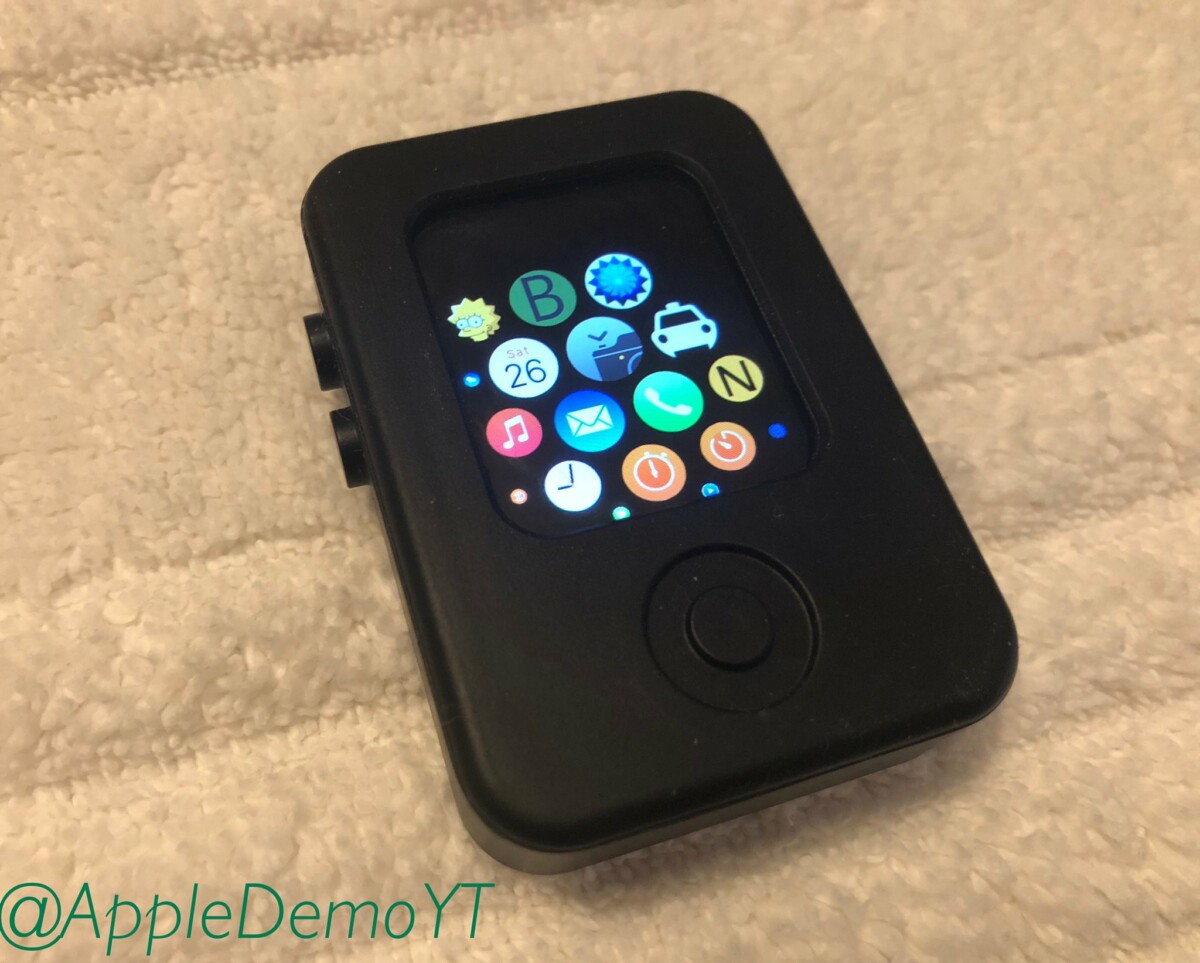 In 2014, Apple launched its very first connected watch, the Apple Watch, with all the success we know it. But as always, this first model has known, internally, predecessors. This Sunday, the leaker Apple Demo has unveiled photos of a prototype Apple Watch.

The interest of this prototype was not so much to evaluate the design of the watch, since it differs in many respects, but above all to develop the internal software of the Apple Watch, the future watchOS 1.0.

The various images uploaded thus make it possible to discover a software interface that is already very close to the final version, with a system of color bubbles to navigate through the various applications. Initially, however, this menu was called « SpringBoard zoom » and was designed as an application in its own right.

A prototype with a very different design from the Apple Watch

On the side of the device itself, this prototype already featured a square screen, where several connected watches of the time, such as the Moto 360, were already choosing a circular screen. A button below the screen with what appears to be a stick was to be used for navigation, while two keys on the left also allowed interaction. Finally, Apple made the choice of the touch screen with a button and its digital crown, the famous « digital crown ».