The new GeForce RTX 3000s can be modified to provide manufacturers with more design choices, but this can come at the cost of great consumer confusion. 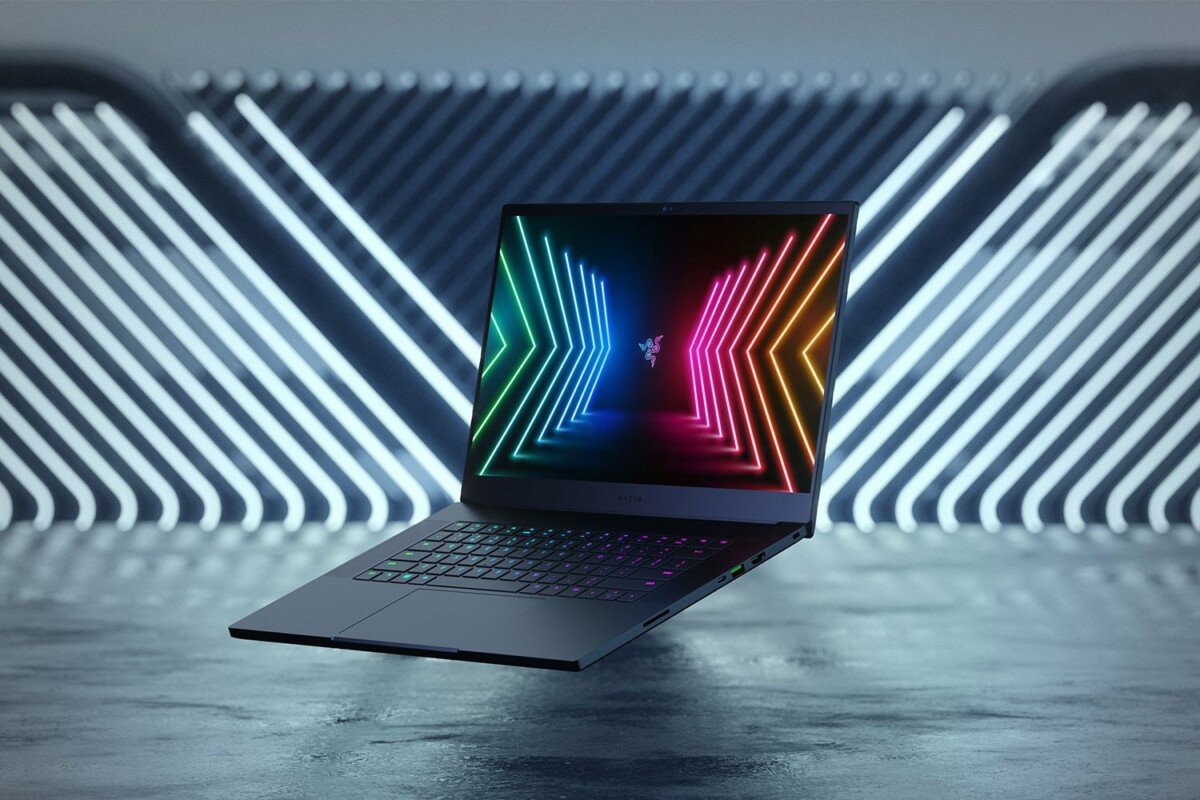 Nvidia marked CES 2021 by unveiling its new generation of graphics chips for laptops, the RTX 3000. On paper, the brand unveiled three different chips: the GeForce RTX 3060, the GeForce RTX 3070 and the GeForce RTX 3080. First subtlety, they do not offer the same characteristics as their desktop PC counterparts, even if they have the same name. But that’s not all, beyond those three names, Nvidia has actually created over 28 variations of these chips for PC makers. Explanations.

First, Nvidia decided to stop using the “Max-Q” brand to denote a variant of a graphics chip for thinner PCs. Instead, this mark is now used to designate a platform, a specification bringing together several technologies such as Dynamic Boost or Whisper Mode 2.0. As a result, it is no longer possible to tell the difference between an RTX 3070 and a low power version of the chip simply on the basis of its name.

To avoid creating confusion, Nvidia asks PC manufacturers to play the game and indicate in their data sheets all the details on the chip used: the TGP, clock frequencies or Max-Q functions integrated or not. . For manufacturers, these possibilities offered by Nvidia allow to create a greater variety of laptops. We will thus have ultra-thin PCs with less efficient chips, or on the contrary more bulky and more powerful PCs.

The problem remains communication with the consumer. From now on, we will no longer be able to rely on the simple name of the graphics chip to get an idea of ​​the expected performance.

The Computerbase site made the tour of all the references already announced by the manufacturers and drew up a list of 28 variants of the three graphics chips announced by Nvidia. In doing the math, the raw TFlops power of a “powerful” version of a low-end chip can sometimes approach the “economical” version of a higher-end chip. 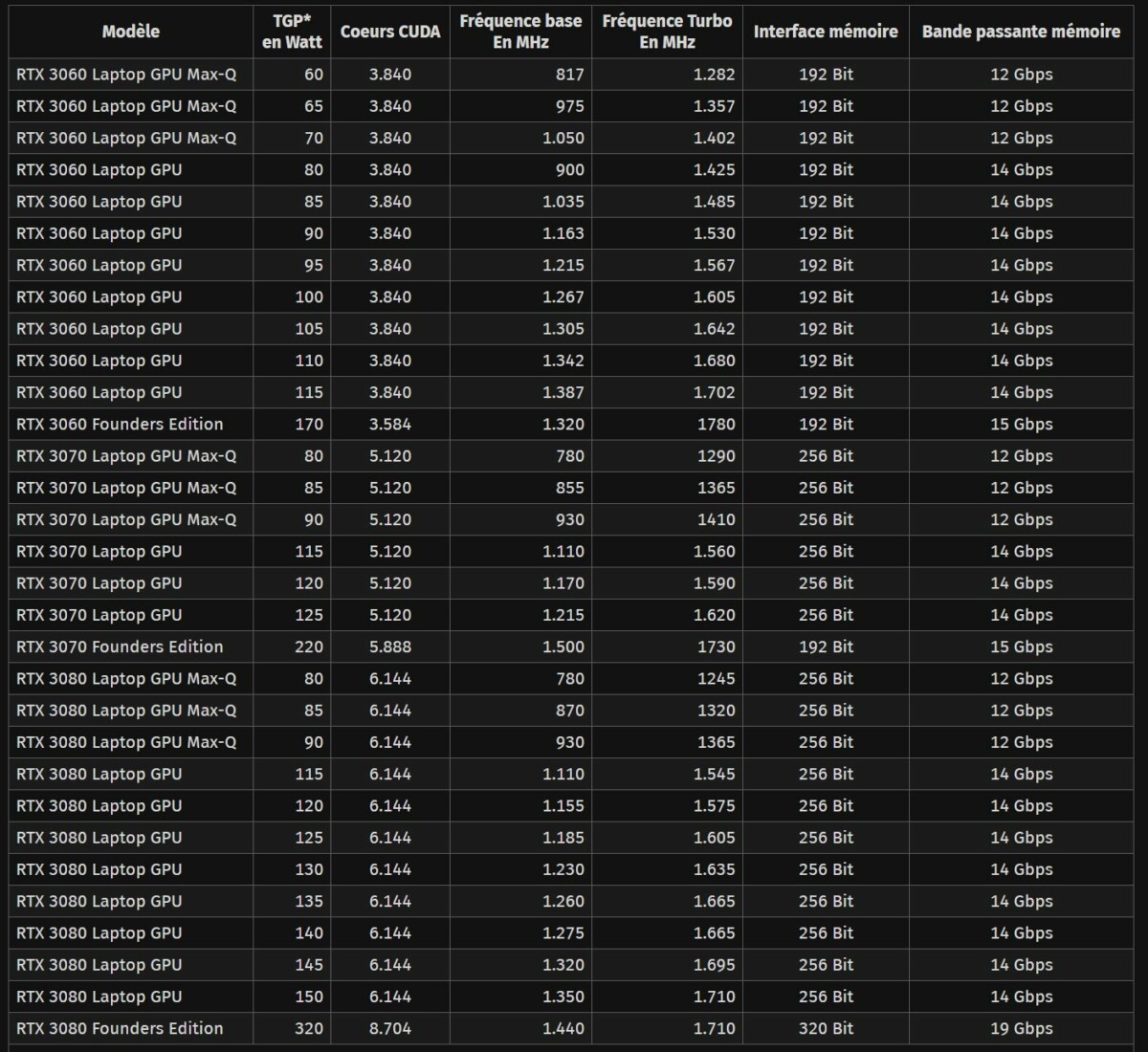 The list of RTX 3000 graphics chips on laptops // Gamesdone: Computerbase

Thus the site notes an RTX 3060 laptop chip capable of climbing to 7.9 TFlops while a Max-Q version of an RTX 3070 for laptop displays only 8 TFlops in comparison. Please note: the value of the TGP in the table is purely indicative, and does not take into account the use or not of DynamicBoost. If the manufacturer uses it, the graphics chip can receive up to 5, 10, or 15 extra watts that would otherwise have been allocated to the processor. This means that performance between PCs can vary even more from one reference to another, even beyond those first 28 variants.

One thing is certain, it will therefore be necessary to be particularly vigilant before making the choice to acquire a laptop PC equipped with an RTX 3000 graphics chip.