After the announcement of the JZ2000, the Japanese manufacturer lifts the veil on the rest of its 2021 OLED range. The JZ980, JZ1000 and JZ1500 complete the catalog with the arrival of a 48-inch version for gamers. Some technical details are still rather unclear so do not expect to know more about availability and prices. This is a shame!

During the virtual CES last January, the Japanese manufacturer broadly unveiled its very high-end OLED, the Panasonic TX JZ2000. Naturally the manufacturer was not going to tarnish this single model and it now completes its 2021 OLED range by presenting the JZ980, 1000 and 1500. In short, a range which is available in the same way as in previous years with a small bonus, however, for gamers, namely the arrival of a 48-inch format for each of these models – in addition to the 55 and 65-inch versions. Finally, except that there is a wolf! 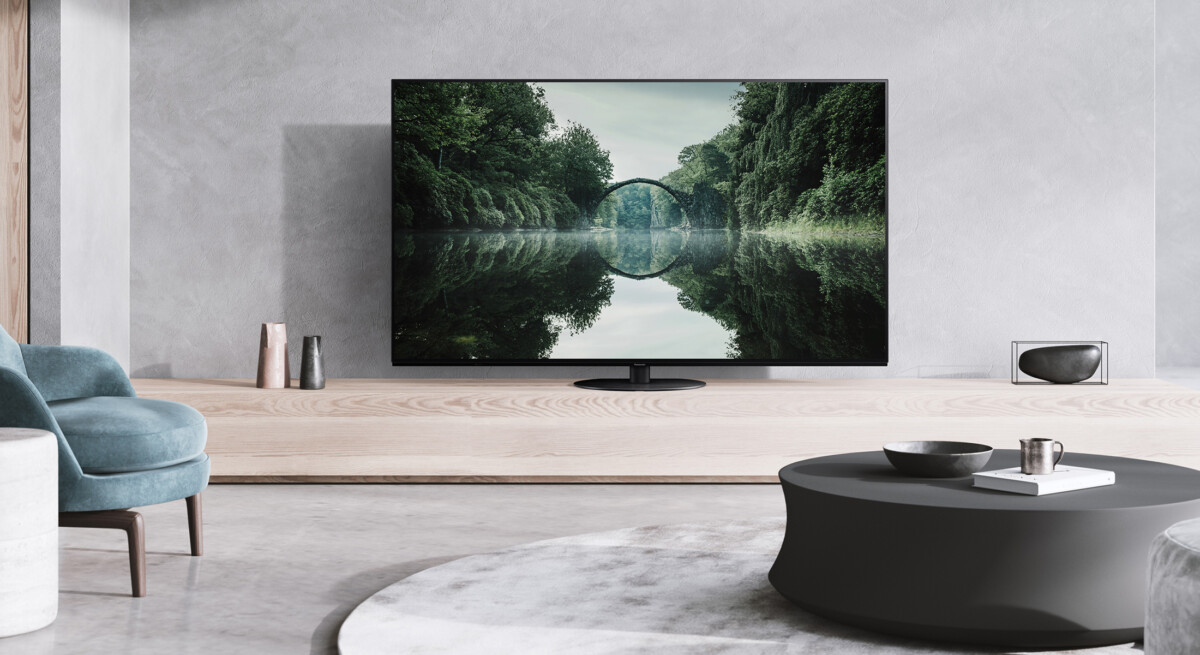 Unsurprisingly, HDMI 2.1 connectivity is becoming a standard on Panasonic OLEDs. The spokesperson for the brand has also indicated that two connectors out of four meet this standard and the advantages it provides. Except that, as with LG since 2020, the speed will be restricted to 40 Gbps instead of the 48 Gbps initially available on this interface. On paper, still goes, LG like Panasonic assure us that it is good enough to pass a 4K video signal at 120 frames per second and a high definition audio stream via e-ARC technology.

Where the pill has trouble passing is when you take a closer look at the details of this connection. So of course, we learn that even the JX940 LCD LED range will be HDMI 2.1 compatible with HFR and VRR support, but we also discover that during the marketing – of which we still do not know the date – to support 4K @ 120Hz with VRR support these TVs will only display half the vertical definition. Class no? An update will be deployed later to correct the problem. To believe that the Japanese manufacturers really rely on updates to finalize their products.

On the other hand, if we are to believe the demonstration made by the Panasonic teams during this online conference, the input lag will be less than 10 ms, which is a very good point for the players.

OLED and Panasonic rendering on the front line

If there is however one element on which we can be reassured it is that, except bad surprises, the image quality and the cinematographic rendering that we know at Panasonic should always be part of the important strengths of these 2021 OLEDs. . 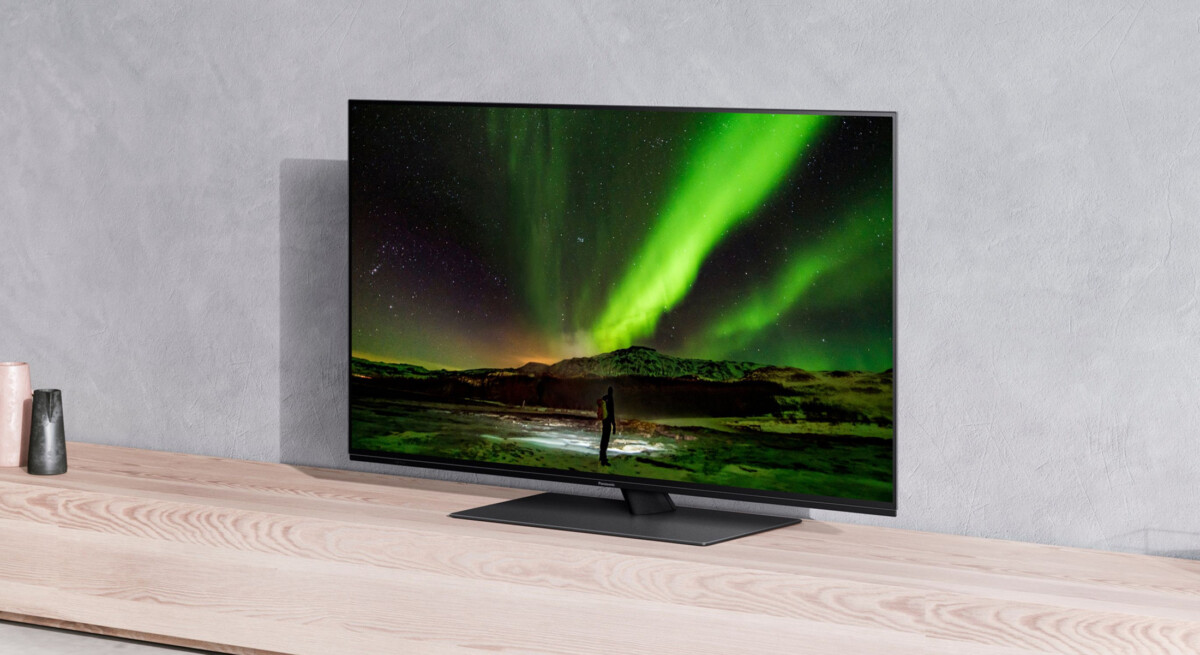 As always, the range is capped with a 2000 model (JZ2000 therefore) which incorporates the best components to which is added the Dolby Atmos audio system. The JZ1500 is none other than an identical version, with the same Master HDR Professional Edition panel for the 55 and 65 inch versions, but without the speakers positioned on the top of the television. For the rest, nothing changes and we also find all the advantages related to the artificial intelligence of the HCX Processor Pro AI that we mentioned in our previous article. 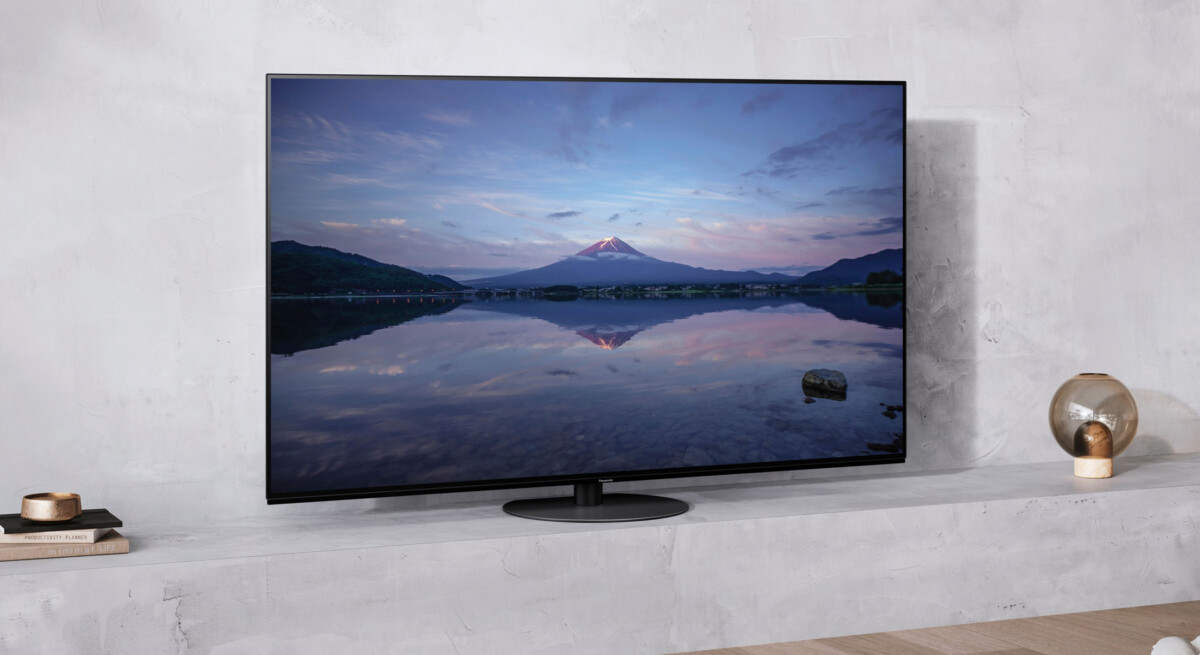 Exit the sound bar from JZ1000 models and below

The 48-inch models of the JZ 1500 and JZ 1000, but all the JZ980Es will also use a “classic” OLED panel whose peak brightness should therefore be lower. Panasonic does not give more details on the subject, but it reminds (rightly) that for several years its Master HDR OLED panels have proven to be the most efficient. A delta which should widen a (very?) Small rendering gap with the HDR10, HDR10, HLG and Dolby Vision sources with which this 2021 range is compatible.

The other banalities and our annoyances

In addition to full compatibility with HDR standards and even Dolby Vision IQ compatibility for the JZ 2000 and JZ 1500, Panasonic puts forward the Netflix Calibrated Mode to register even more in the respect of the will of the directors . And we know that Netflix is ​​gaining ground on the subject of the distribution of exclusive content.

A small reward in view of all that will have to be sacrificed again this year. Indeed, these televisions will always work under the home OS, namely My Home Screen 6. If we have nothing against the idea of ​​a proprietary OS, the graphical interface of previous versions of this operating system does not. has not always fully convinced us. On the other hand, for initiated users, in each of our tests we salute the list of setting options which is very valuable for seasoned moviegoers. 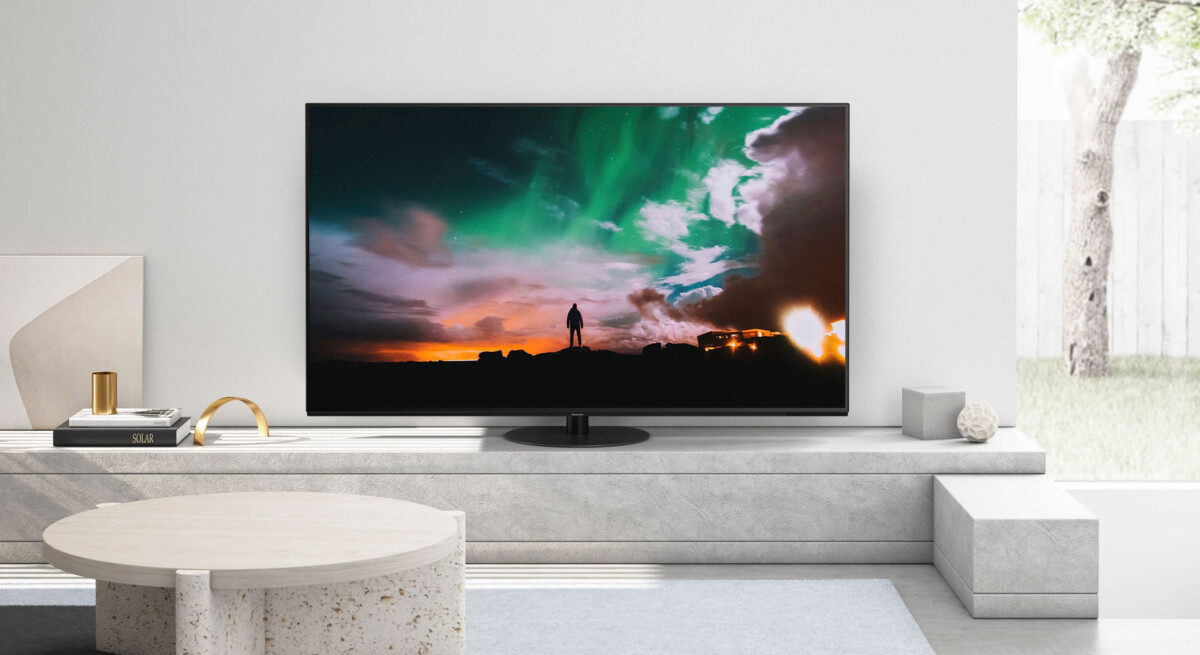 On the other hand, at the launch of these products at least, it will be necessary to ignore the services of Disney + or Apple TV. In any case at first, because Panasonic indicates that it is in very intense discussions with Disney +, but Apple’s services are discreetly put under the carpet.

Coming back to the notion of gaming, Panasonic indicates FreeSync Premium compatibility, but not FreeSync Premium Pro which supports HDR. You can take comfort in the fact that the NextGen consoles do not take into account the FreeSync Premium Pro either. Do not count on the native support of Nvidia G-Sync either, although it is important to remember that the manufacturer’s Adaptive Sync still allows you to take advantage of VRR technology when playing from a PC equipped with an Nvidia graphics card. 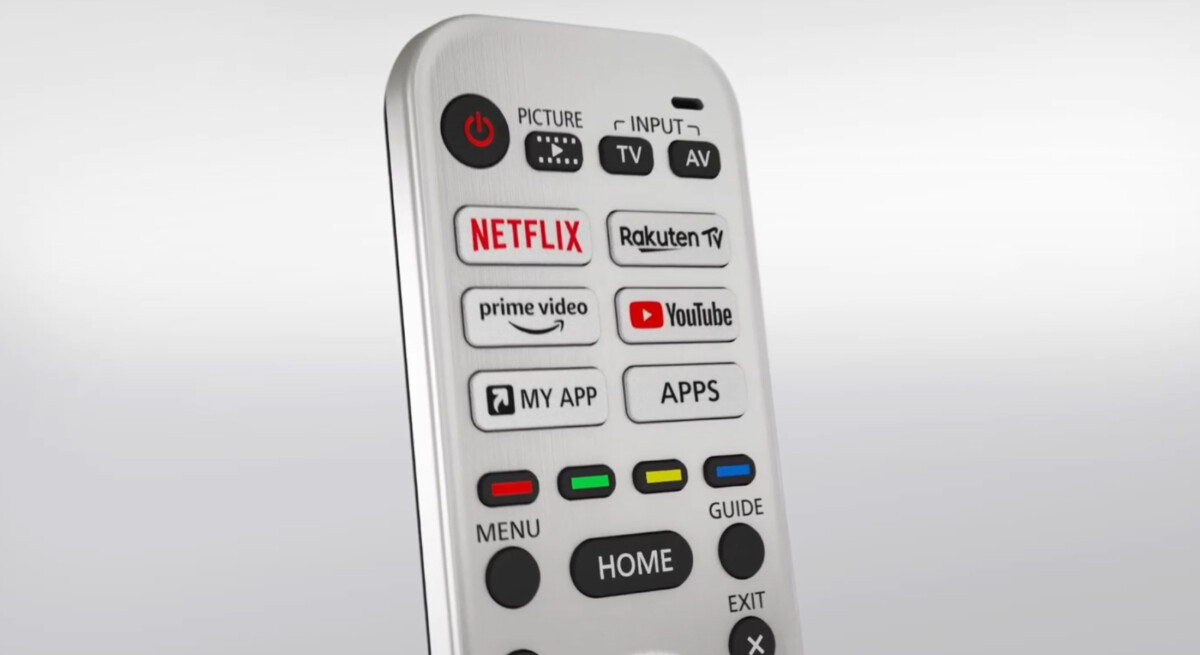 Panasonic also mentions the arrival of a new remote control. It’s unfortunate, but the only very sharp image we have to share is from a video capture where the remote controls scroll and turn. Anyway, we regret here again that the manufacturer has chosen to limit this pointing device to infrared technology only. Bluetooth is only used for voice commands via Amazon Alexa or Google Assistant. This year we should therefore find ourselves aiming at the sensor at the bottom of the screen to manipulate his television. Grrrr!

So all we have to do is wait to find out more about the prices and availability of these new televisions. Ah! And if by chance you were asking yourself these questions: Panasonic has not planned to launch an 8K television, nor a Mini LED model. On this last point, it is justified by explaining that OLED remains the only technology capable of producing such contrasts. Certainly, but many brands such as Philips or LG could say that one does not prevent the other …