In addition to its connected watch, OnePlus would prepare an activity tracker in the form of a connected bracelet for the first quarter: the OnePlus Band. 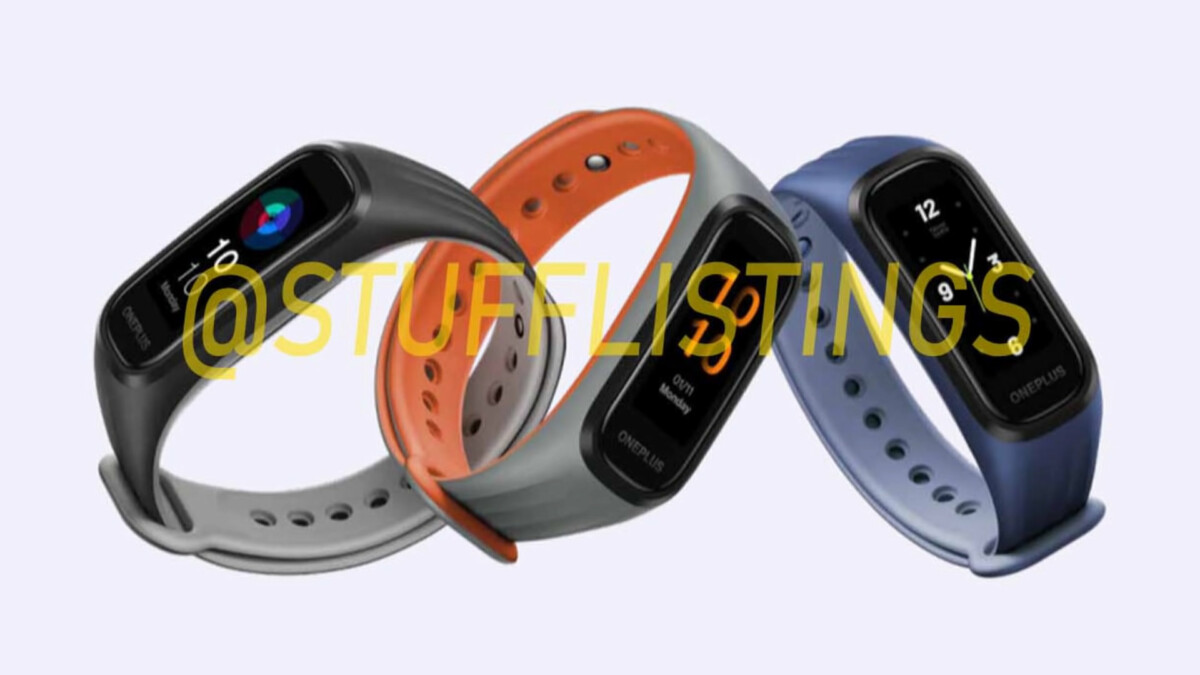 When announcing the OnePlus 8T, the Chinese brand confirmed working on a connected watch which should arrive, according to Pete Lau, at the start of 2021. But there could also be another surprise to accompany this first “wearable” accessory. From the manufacturer.

The first wearable is not what we think

According to Android Central sources, OnePlus would also prepare a connected bracelet to complete its range of connected accessories. For the name, it’s simplicity that is envisioned: OnePlus Band.

Even more, the specialist site claims that the OnePlus Band would be the brand’s first connected object, which would mean that it would come out before the watch. A simultaneous presentation is not to be excluded, however.

A connected bracelet to compete with Xiaomi

While the OnePlus Watch would be more geared towards premium users, the OnePlus Band would be thought for the entry level with a starting price around 40 dollars. It would therefore compete with Xiaomi’s Mi Band 5.

Like the latter, the OnePlus Band would be equipped with an AMOLED screen, would be water resistant and could take several days away from a power outlet. Nothing surprising, however, for a connected bracelet in 2021.

According to the YouTube channel StuffListings, the OnePlus Band would have a 1.1-inch screen (126 x 294 pixels), a 100 mAh battery and an autonomy of 14 days, all for a weight of 22.6 grams (bracelet included). As for the sensors, the bracelet would be equipped with an optical heart rate monitor and a Sp02 sensor. 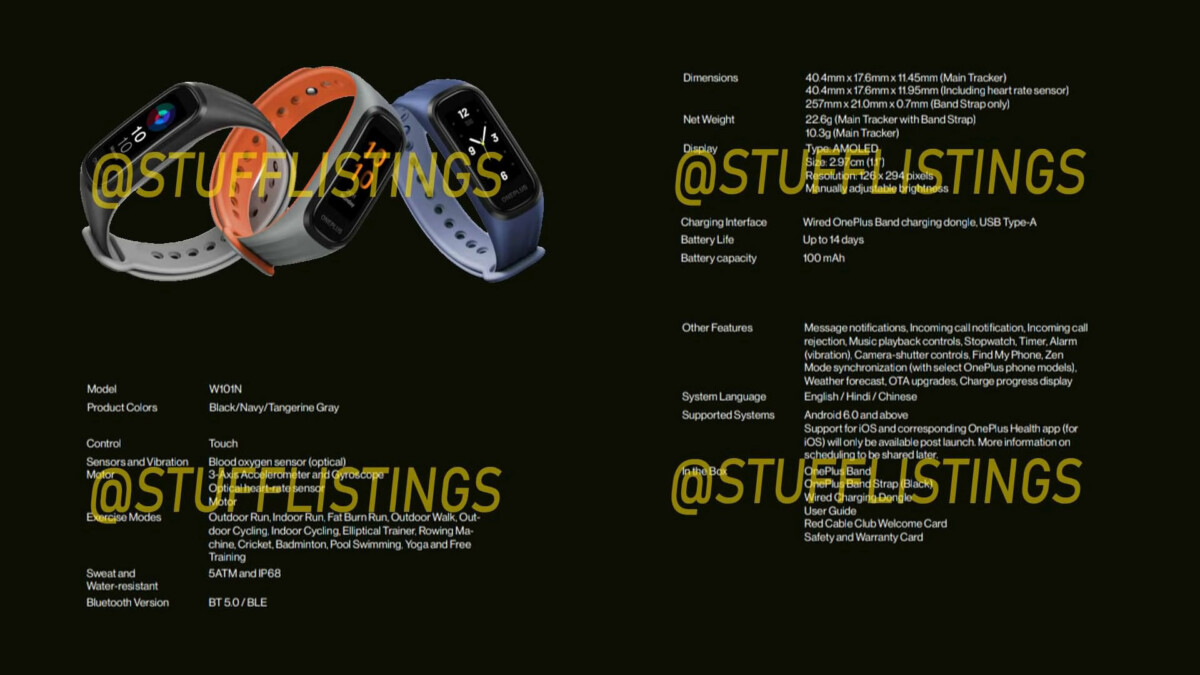 Finally, three colors would be planned: gray, orange and blue.

As with many of its products, OnePlus would give the first of its connected bracelet to India. In this country where the brand has succeeded in establishing itself, the OnePlus Band could therefore be announced as early as January or February 2021, even before the launch of the OnePlus 9. Other countries would be served a little later, no more. precision.

The technical sheets unveiled by the Youtubeur nevertheless suggest that the bracelet would only integrate 3 languages: Hindi, Chinese and English. It remains to be seen whether a translation into other languages ​​is planned for an international release.