OnePlus is launching a variation of its latest smartphone in the colors of the Cyberpunk 2077 game. A futuristic-inspired model, the OnePlus 8T Cyberpunk 2077 Edition will make people envious and many unhappy. It is exclusively reserved for China. 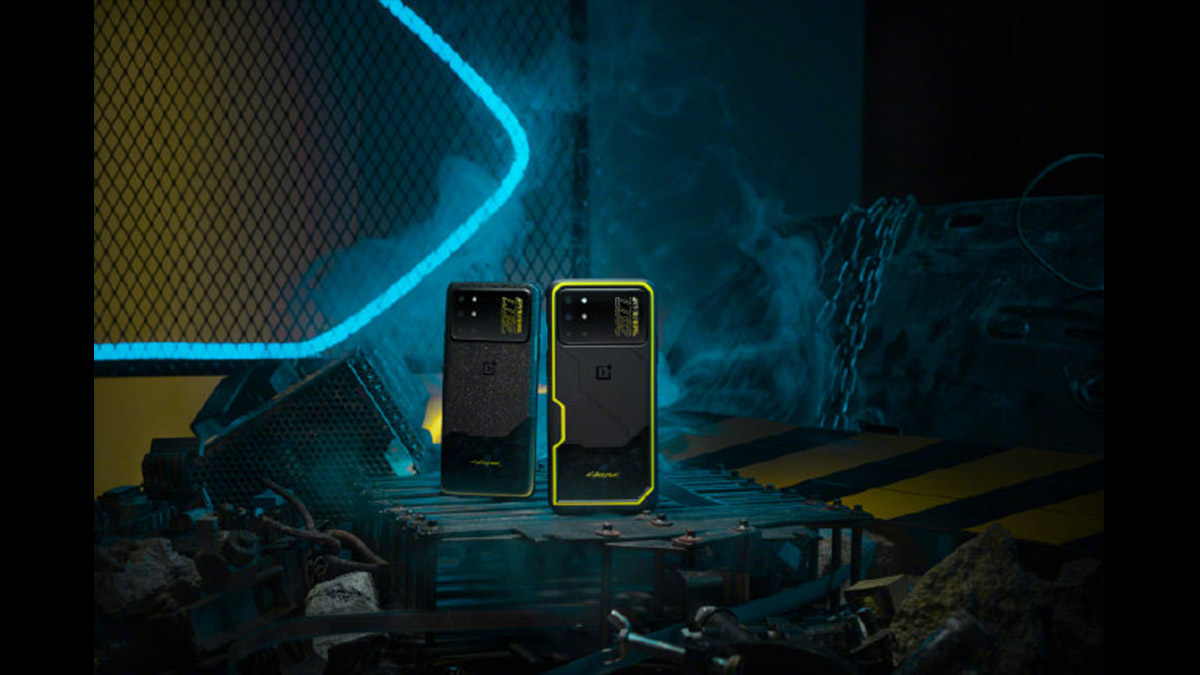 If there is a game that arouses incredible expectations and knows how to make its release – often postponed – an event, it is Cyberpunk 2077. The next track from CD Projekt RED has not yet been released that it is possible to be fully equipped and ready to get in the mood. After the Xbox One console, headsets, keyboards, mice and everyone, here is the smartphone in the colors of the futuristic title.

OnePlus unveiled a special edition of its latest smartphone on Sunday called OnePlus 8T Cyberpunk 2007 Limited Edition. This is not really a surprise, because Pete Lau, the boss of the Chinese firm, had published on Weibo a few days ago a first image of the device. It is now official. 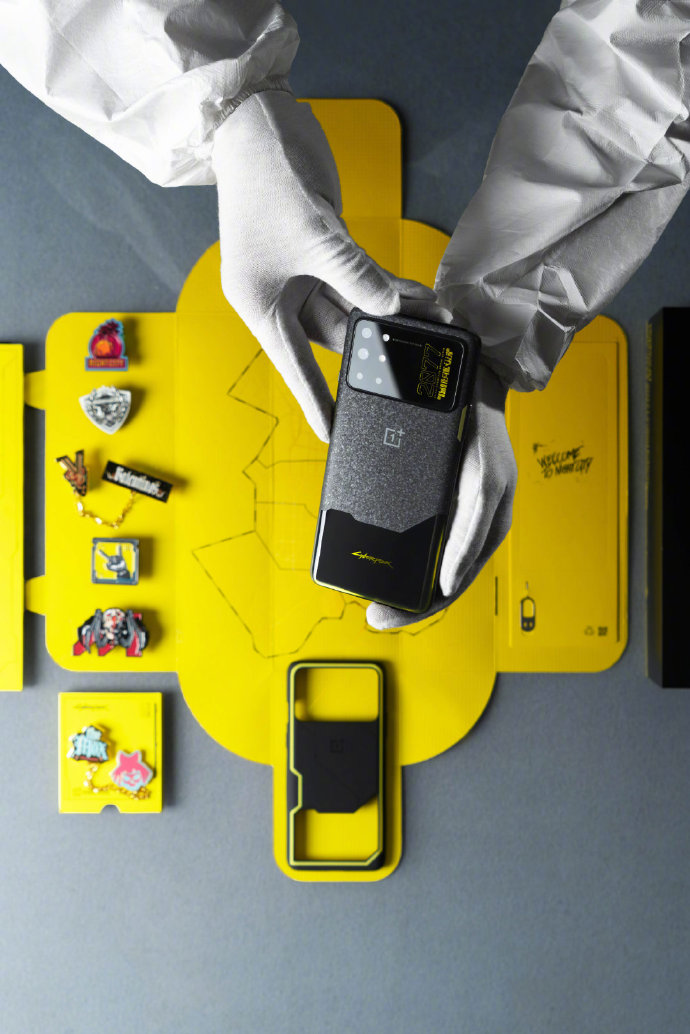 The packaging of the OnePlus 8T Cyberpunk 2077 Edition // Gamesdone: Weibo

A OnePlus 8T in yellow and black

Inside, it’s a OnePlue 8T with its Snapdragon 865 processor, 120Hz display, super-fast charging, and quadruple photo sensor. It comes with 256 GB of storage and 12 GB of RAM. Too bad the charging cable is not yellow or black to go with the smartphone. It is red, as is very often the case with OnePlus, which is somewhat clashing.

The specificities Cyberpunk 2077 hold a lot of cosmetics. The device is all in black and yellow, the characteristic colors of the game. OnePlus announces that a luminous shell can be added for ” feel the day and night of Night City ”(The city of the game). And everything will be accompanied by collector pins bearing the image of the action game universe.

There is however a small detail that changes in the camera on the back. The photo module is much more massive than that of the OnePlus 8T which occupies the entire width. It sports textured gray, yellow colors and the logo Cyberpunk 2077 with inscriptions Netrunner Edition, 2077 and Neural Connection Status : Active.

The loading screen of the OnePlus 8T uses the graphic codes of the game (computer hacking style). There are also dedicated filters to recreate the atmosphere of Cyberpunk 2077 taking pictures.

The smartphone will be available on November 11 at 3,999 yuan (around 515 euros), but only in China. For the game, it will still be necessary to wait until December to see it land on all consoles and even on Google Stadia.

Epic draws a monthly subscription for the most addicted 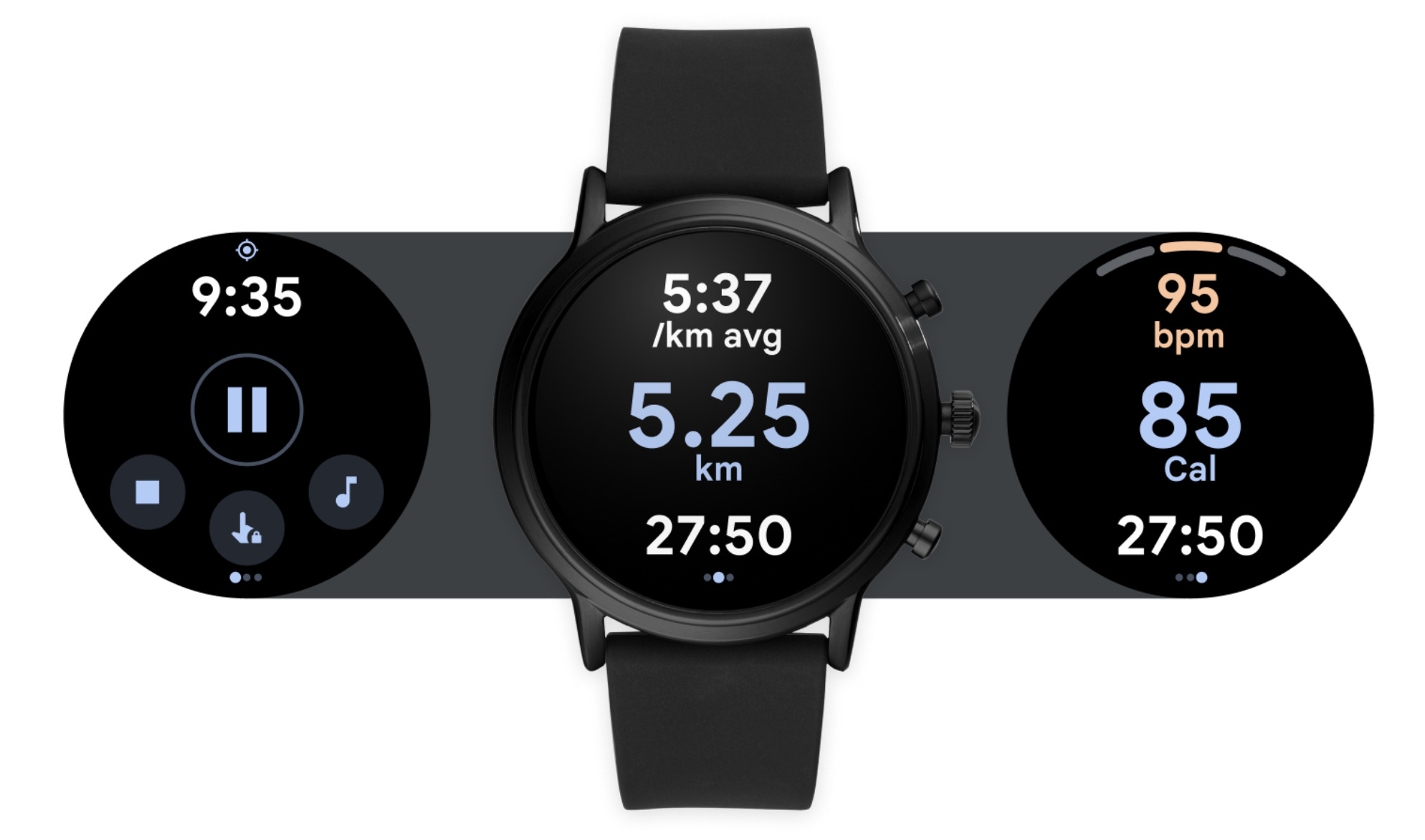 a big update for a cleaner interface 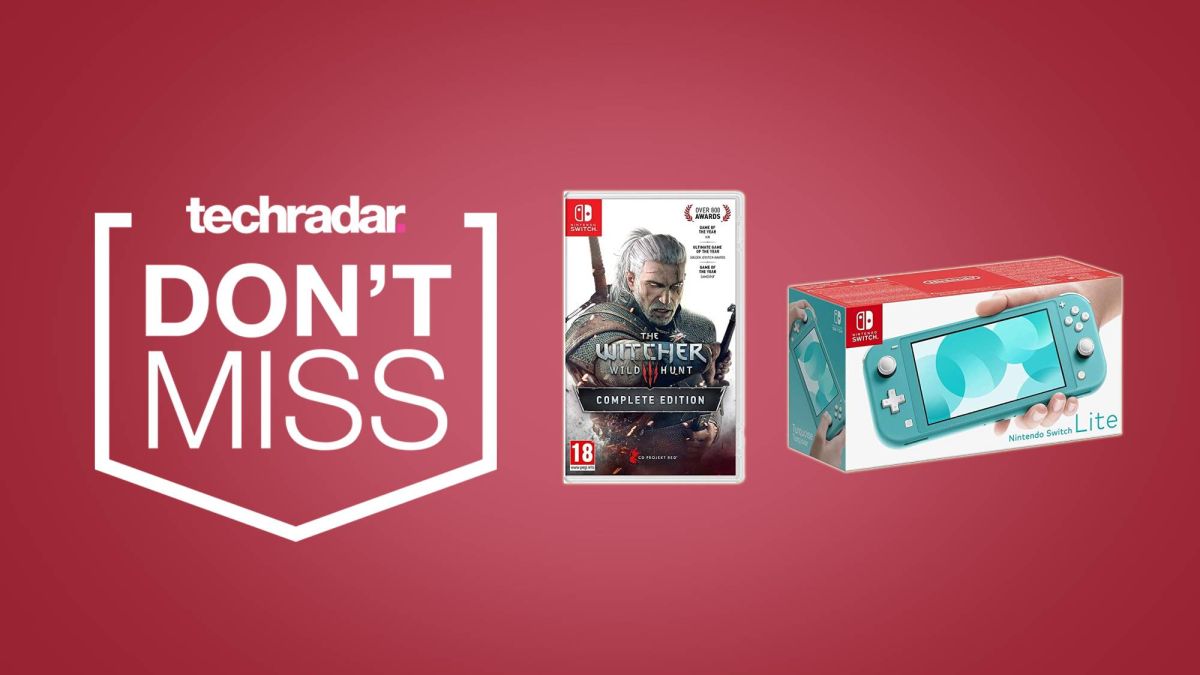 Hey, listen! These Nintendo Switch Black Friday deals are among the best so far 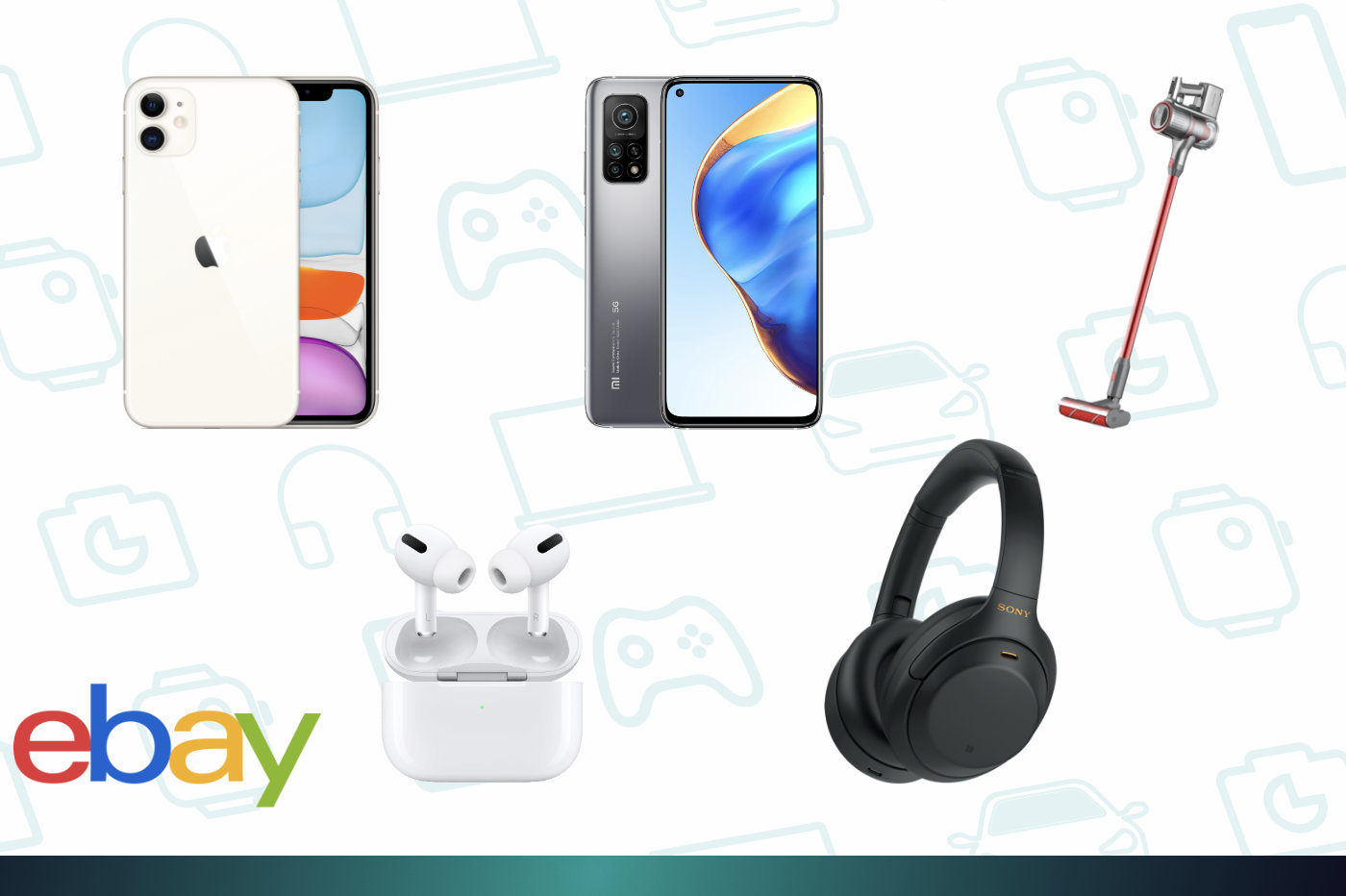 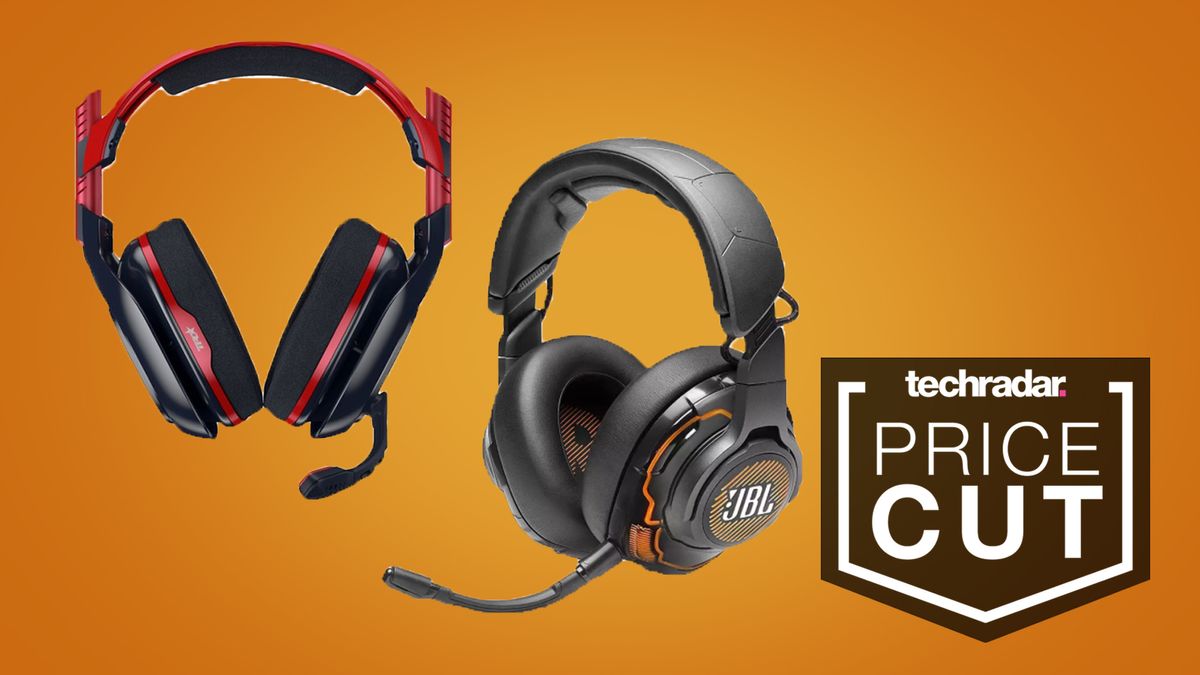