The Nvidia Shield TV Pro, one of the best TV boxes on the market that even acts as a video game console, very rarely benefits from promotions. But today, its price has dropped by 15 euros, dropping from 219 to 204 euros on Amazon and Rue du Commerce. 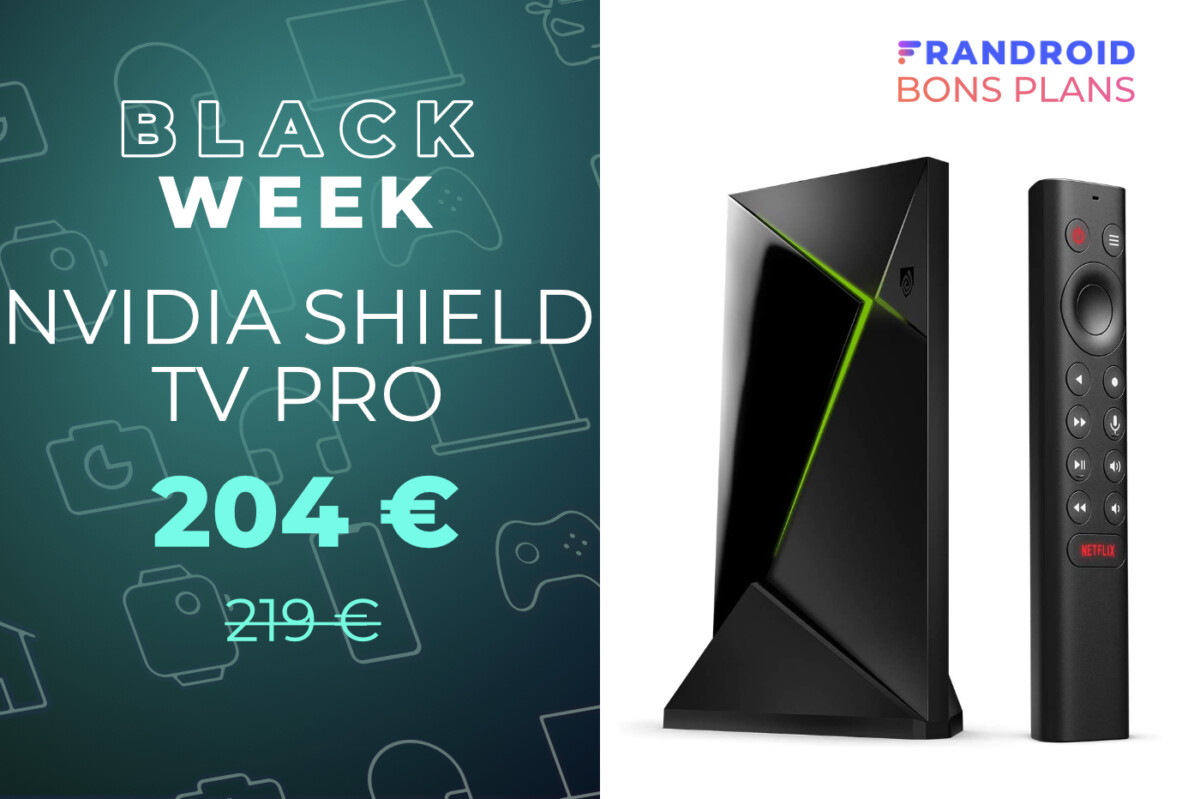 Launched in 2019, the Nvidia Shield TV Pro is an Android TV multimedia box which therefore runs under the Google OS. Its technical sheet is quite impressive: its many compatibilities (4K HDR, Dolby Vision, etc.) and its powerful Tegra X1 chip make it one of the best TV boxes on the market today. Rarely in promotion, it now enjoys a reduction of 15 euros on its original price.

Usually offered at 219 euros, the Nvidia Shield TV Pro is today available at 204 euros on Amazon and Shopping street.

While the classic Nvidia Shield TV model has adopted a more discreet cylindra-shaped design, the Nvidia Shield TV Pro has retained the authentic design of the old model. Its more massive build allows it, among other things, to have a more extensive connection, with an HDMI port, an Ethernet port and two USB 3.0 ports. These can allow you to connect game controllers, or extend the storage space with an external hard drive, especially the internal storage is only 16 GB.

But the main interest of the Nvidia Shield TV Pro is to present an alternative to the boxes of the operators which sometimes prove to be incomplete: the multimedia box of Nvidia integrates the operating system of Google, thanks to which we will find all the functionalities of Android TV , with apps from the Play Store such as the unmissable Netflix, Prime Video, Disney + or MyCanal. Concretely, the Shield TV Pro will transform your TV into a SmartTV. The Chromecast function, which allows you to stream content from a smartphone or tablet, as well as compatibility with Google Assistant will obviously be there.

The Tegra X1 chip, supported by 3 GB of RAM, which is also found in the Nintendo Switch, allows it to be compatible with 4K HDR andupscaler TV content up to Ultra HD. Compatibility with the Dolby Vision video standard will also be ensured, as well as that with Dolby Atmos. Make sure you have a TV compatible with these certifications to be able to take full advantage of them.

This powerful chip also allows the Nvidia Shield TV Pro to run 3D games without worry. The box will therefore be an ideal platform to enjoy the games on the Play Store. Note also the compatibility with the service of cloud gaming GeForce Now, which will guarantee access to all your games from stores like Steam or Epic. In short, if you don’t have a game console, the Nvidia Shield TV Pro will be a very good replacement.

THE OFFER IS NO LONGER AVAILABLE?

If the offer mentioned in this article is subsequently no longer available, please take a look at the table below to find other offers concerning the Nvidia Shield TV Pro.