According to the DIMPACT tool, Netflix would produce around 100g of CO2 equivalent per hour of streaming. The platform wants to announce its climate targets this spring. 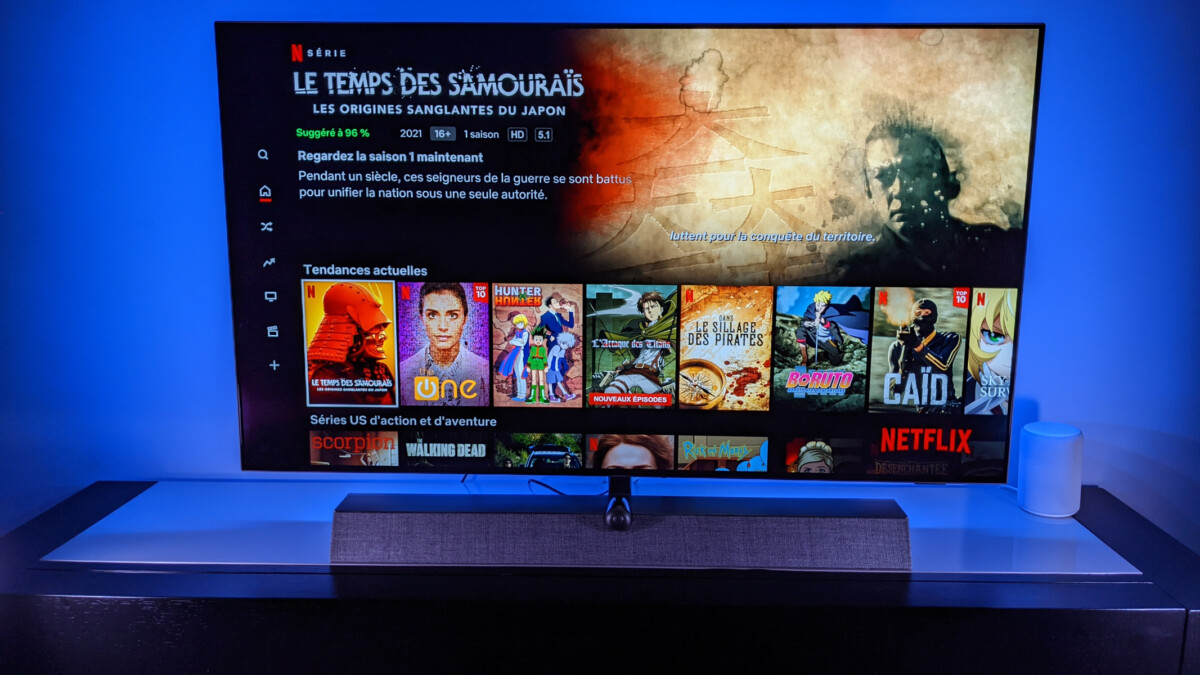 It’s a first. We finally know the average carbon impact of an hour of streaming on Netflix. In 2020, this would amount to an equivalent of 100 g of CO2, or about 400 m in a classic car. Another comparison: this would be equivalent to a 75 W ceiling fan that would run for six hours (for Europe), or even a 1000 W window air conditioner that would run for 40 minutes (still in Europe).

This figure does not come out of nowhere. Netflix uses a tool called DIMPACT, developed by researchers at the University of Bristol. This largely industry-funded tool is an elaborate calculator that helps digital businesses map and manage their carbon emissions. Concretely, the model can simulate all the processes set up in the organization of Netflix to convey a series of a data center up to us.

A welcome clarification when some CO2 emissions calculations put forward in the past turned out to be false a few years later.

“The BBC or Netflix, or any supplier, can’t just plug a power meter into their infrastructure and measure how much carbon has been released into the atmosphere,” Daniel Schien explains to Wired, one of the founders of DIMPACT and lecturer in computer science at the University of Bristol.

Netflix lagging behind on the climate

The goal for Netflix is ​​clear: reduce its carbon footprint by identifying hot spots on the show. Especially since the streaming giant is a little late in this area. Microsoft, for example, has increased the number of statements showing a desire for carbon neutrality, as have other web giants like Facebook and Google.

In more detail, these figures relate to Scope 3 emissions, a term that refers to emissions due to the life of the product and not to its direct production. Clearly, the production of series and films is not taken into account. What we do not know for the moment is whether the environmental cost on the customer side (your TV and your box running for example) is taken into account. Christian Tonnesen, a partner at Carnstone, an independent consulting firm involved in the project, details: downstream of content production this would include “The delivery of content and its consumption by customers. “

“My first impression of this statement is that it seems reasonable», Analyzes Bernardi Pranggono in Wired, senior lecturer in computer network engineering at Sheffield Hallam University (UK). He adds that you have to consider what people would do instead of watching Netflix: “If they go out for a walk, it would be more ecological. But if they drove thirty minutes to the movies, it wouldn’t be. “

Netflix is ​​awaiting the publication of a white paper by the end of March by the company Carbon Trust, to confirm or deny these figures, and plans to announce its climate targets this spring.

Netflix offers several tips for accessing certain options. With them, you can more easily mute the sound, delete its history or even access hidden categories.
Read more