At its GTC conference, Nvidia unveiled its roadmap for the years to come. The next Ampere Next architecture aims for a release in 2022. 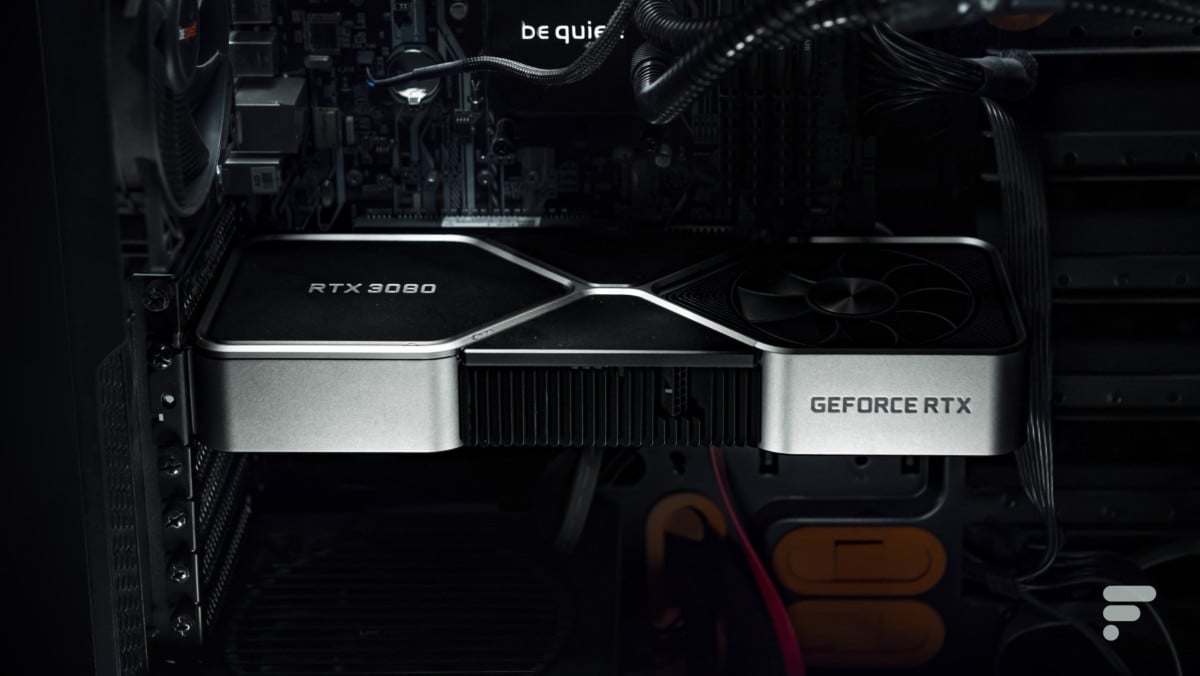 The Nvidia GTC conference is first and foremost dedicated to the cloud, AI and Nvidia products for businesses. However, this year is a bit special, because the firm bought the giant ARM and thus had announcements to make about its future.

This requires, for example, a new MediaTek chip coupling an ARM processor with an RTX 30 GPU. It also means a more complex roadmap to follow.

By unveiling the first Grace SoC developed with an ARM processor for data centers, Nvidia also presented its roadmap for the years to come. 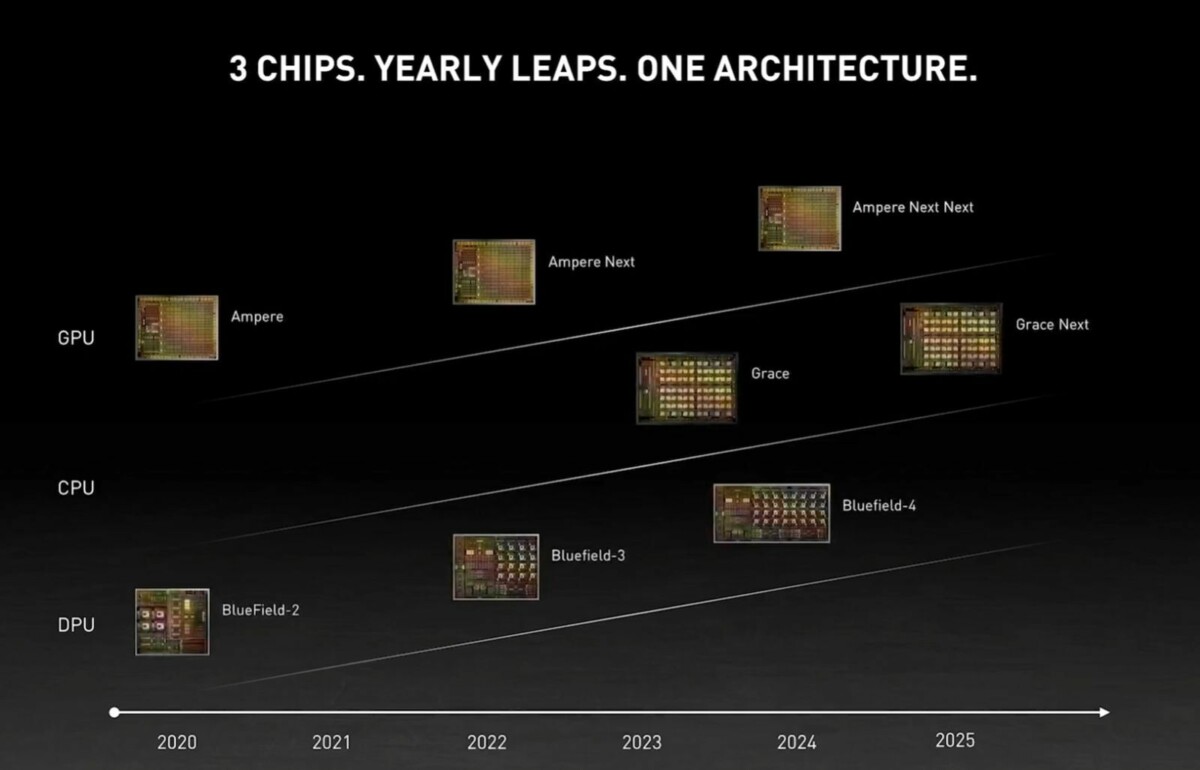 We can see that Nvidia is preparing the launch of Grace for 2023 and the following years. Before this date, we will find the BlueField 3 chip unveiled by Nvidia during this GTC 2021, but also several generations of graphics chip architecture.

After Ampere, on which the famous RTX 3090, 3080, 3070, and 3060 are based, we should be entitled to the “Ampere Next” architecture which is scheduled for release in 2022. Obviously this is a provisional name. , which should give way to Nvidia Hopper, if rumors on the subject are to be believed. The next “Ampere Next Next” architecture would arrive two more years later, from 2024.

It should be borne in mind that this roadmap is aimed above all at the professional world, but it is now to this world that Nvidia reserves the first of its graphic architectures. Nvidia Ampere was unveiled at GTC 2020 in May, several months ahead of the RTX 3000.

The graphics card, an essential element of any computer, must be chosen with care according to the uses that will be made of your machine. We therefore offer you a complete buying guide to find you there …
Read more