This is the end of the “founders” offer at Nvidia. The GeForce Now cloud gaming service sees its monthly price increase, but new features are planned for subscribers. 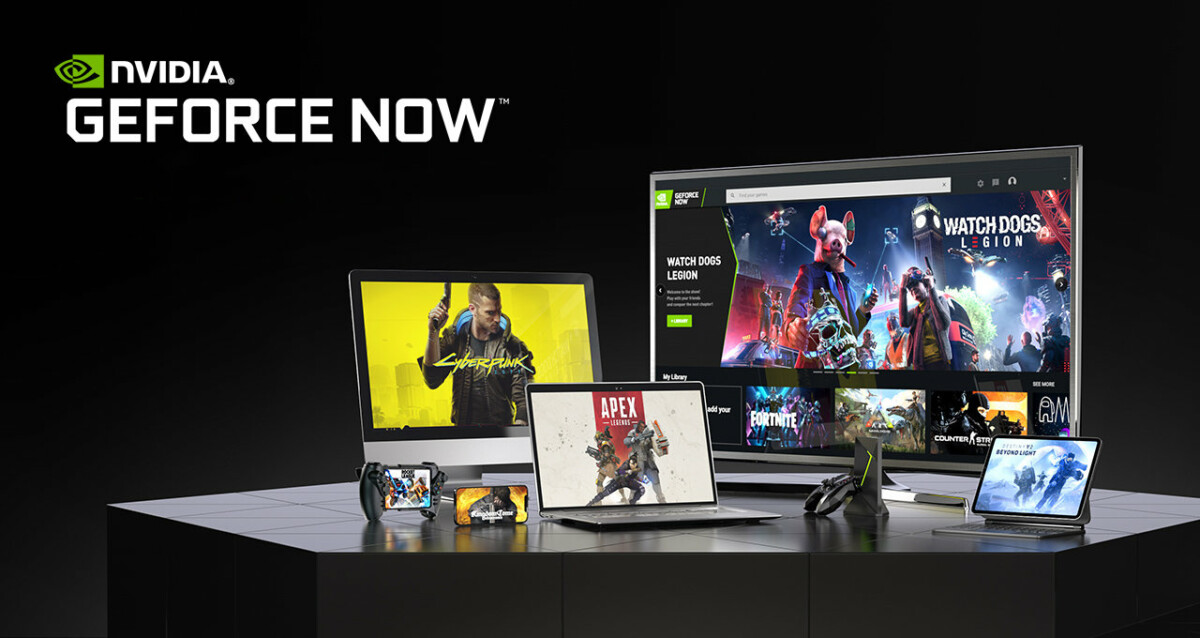 Since the start of 2020, Nvidia has offered its cloud gaming service named GeForce Now in a very unique position in the video game market. First, the firm is not usually in a position to offer a platform as Microsoft or Sony can do with their offers linked to their console ecosystems. Above all, Nvidia offers a cloud gaming service that allows you to play the games you already own, whether on Steam or GOG to name a few. A positioning that allows it to avoid the problems of a Google Stadia for example.

No change for subscribers

Until now, Nvidia offered two ways to access its GeForce Now service. The first was completely free, but with 1 hour gaming sessions and queuing to access the server. Let’s be honest, this is mainly a way to test the service and the quality of the streaming from its connection without spending a dime.

Alternatively, there is the “founders” package which was offered for 5.49 euros per month (or 27.45 euros for 6 months). It allows priority access to servers, to benefit from RTX effects and to skip the time limit on sessions. As the name suggested, this was a temporary introductory offer that ends today. Subscribers who already benefit from it will be able to keep this rate “for life”. 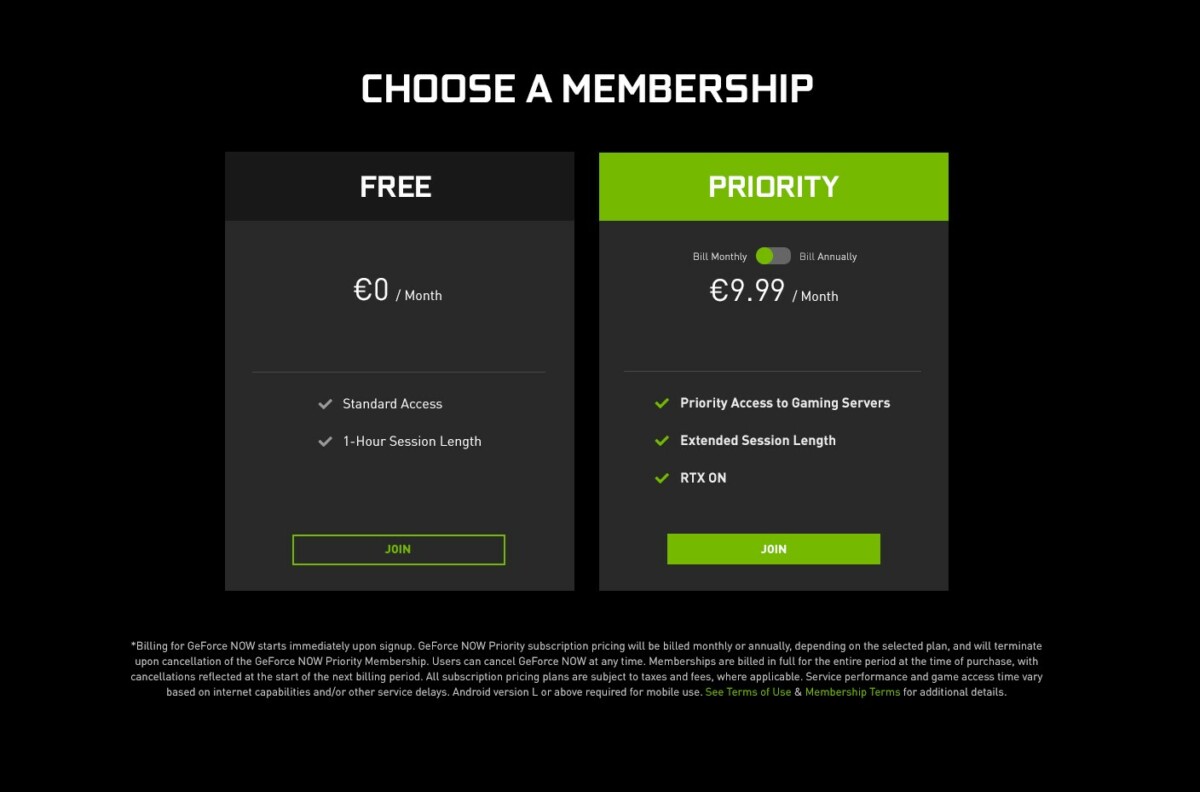 Instead, Nvidia launches the offer “Priority” at 9.99 euros per month, or 99.99 euros per year. This is exactly the same offer as the founder package, but with a nice price increase. It should be understood that here Nvidia wants to perpetuate its service with a higher price « long terme » which is close to what competitors can offer, including Google with Stadia Pro. The rate of 10 euros per month has become a standard in the subscription market.

It is also a reflection of the road traveled by Nvidia over the past year, which has very regularly improved its service with new features and more compatible games.

In its press release, Nvidia mentions being on the path to 10 million “GeForce Now members”. A figure that includes both the players of the free version and the subscribers, but still a fairly large figure. By comparison, the Xbox Game Pass, which serves as the star offering of the sector, even if it offers something other than just cloud gaming, has more than 18 million paying subscribers to date.

To continue its progress in this new market, where everything remains to be done, Nvidia announces that the firm will continue its investments in the field of cloud gaming. It must be said that to date, it is the only one to offer such an extensive service, both geographically and in terms of the number of compatible devices. GeForce Now is for example available on PC, which is not the case with Microsoft’s cloud gaming, and on Android TV, which is not the case with Google’s cloud gaming.

To better pass the pill of this new monthly price, Nvidia is teasing several new features to come to the service. First, it is a question of reducing the latency in vertical synchronization of the display with the rendering speed of the remote server, to 60 or 59.94 Hz. The brand also promises to improve the bitrate on bad internet connections, which will improve picture quality.

On the user experience side, Nvidia announces changes in the connection of accounts, which should make it easier to synchronize the games we own with GeForce Now. With more efficient preloading, Nvidia wants in fine reduce the time between launching GeForce Now and entering a game.

Finally, Nvidia wants to continue adding new compatible games to its service every Thursday. On average, the firm adds 10 per week, and hopes to upgrade to around 15 new games per week by the end of 2021.

Nice plans that show that Nvidia is not done with cloud gaming, when Google and Amazon are experiencing some difficulties in this new sector.