Nvidia has just announced a new range of cards specifically designed for ETH mining. With these new products as well as the clamping of future RTX cards, Nvidia seeks to cope with the shortage that PC gamers have been suffering for several months. 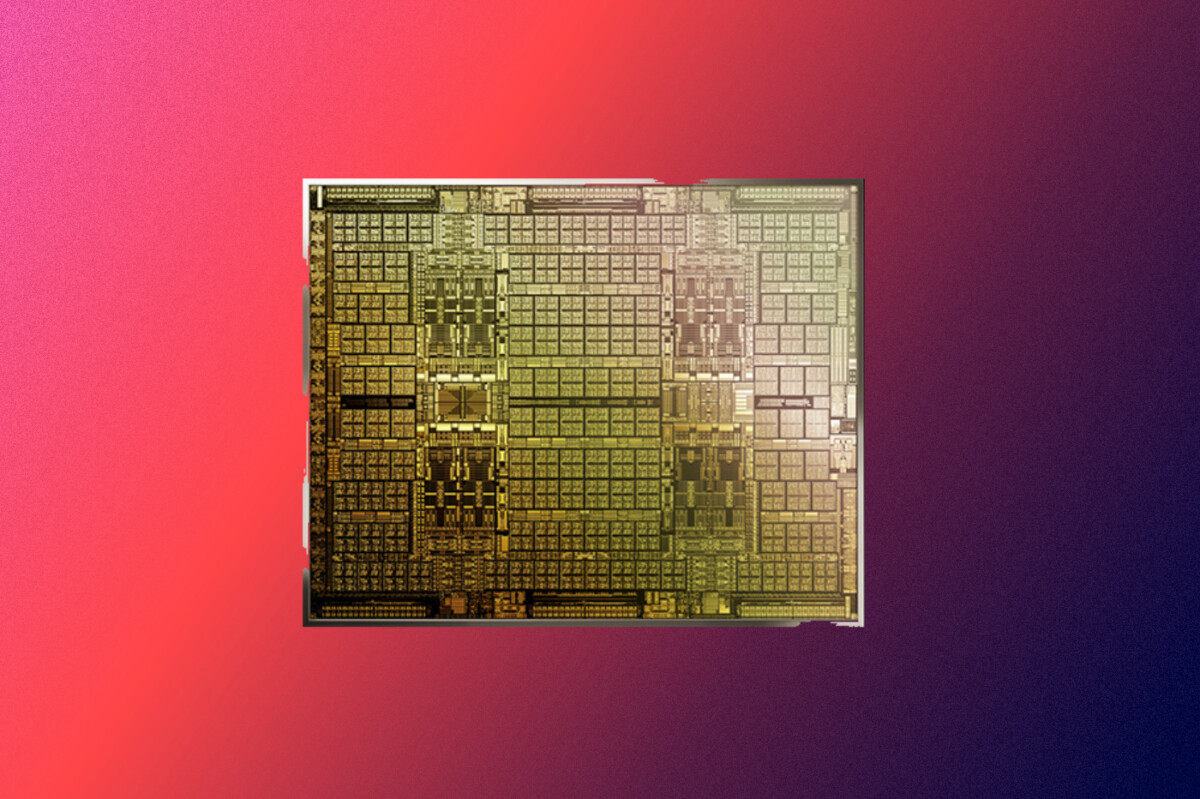 Nvidia will now fully assume that its products are used to mine cryptocurrencies. Indeed, the American company has just unveiled a range of products intended for miners of virtual currencies, while declaring that some of its current products will be restricted if they are used to mine.

Unlike GeForce RTXs, the CMP HX (Cryptocurrency Mining Processor) series is not designed for display (they have no video outputs). It is therefore difficult to technically call them “graphics cards”. These are therefore unnecessary cards for the players, it is four CMP HX cards that will offer an Ethereum hash rate of 25 MH / s at 125 Watts up to 86 MH / s at 320 Watts. 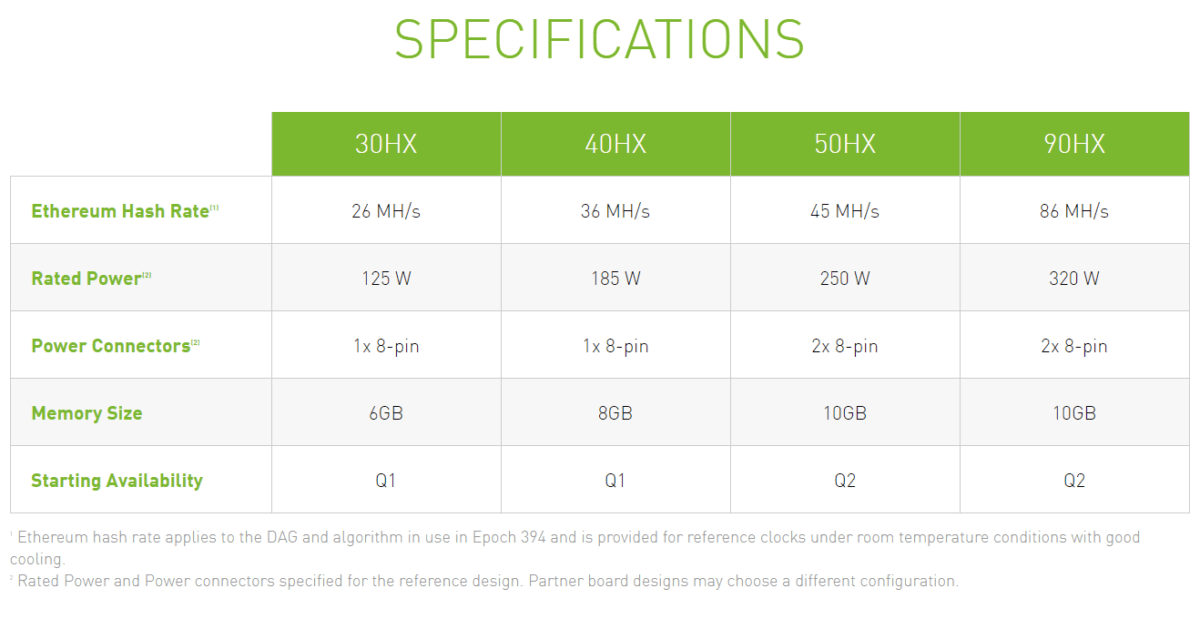 As you can see, they are specifically designed for Ethereum (ETH). To compare performance with GeForce RTX graphics cards, note that the GeForce RTX 3080 is benchmarked at around 73-74 MH / s, while a GeForce RTX 3090 achieves a hash rate of around 120-122 MH / s.

The MH / s is a data which makes it possible to know the capacity available for mining. This mining capacity is measured by the number of attempts to find a block of the blockchain that a miner can process, each attempt is to create a unique candidate block and create a digest of the candidate block using a SHA-256 cryptographic hash. Since this is a continuous effort, we talk about hashes per second or[MH/s]. 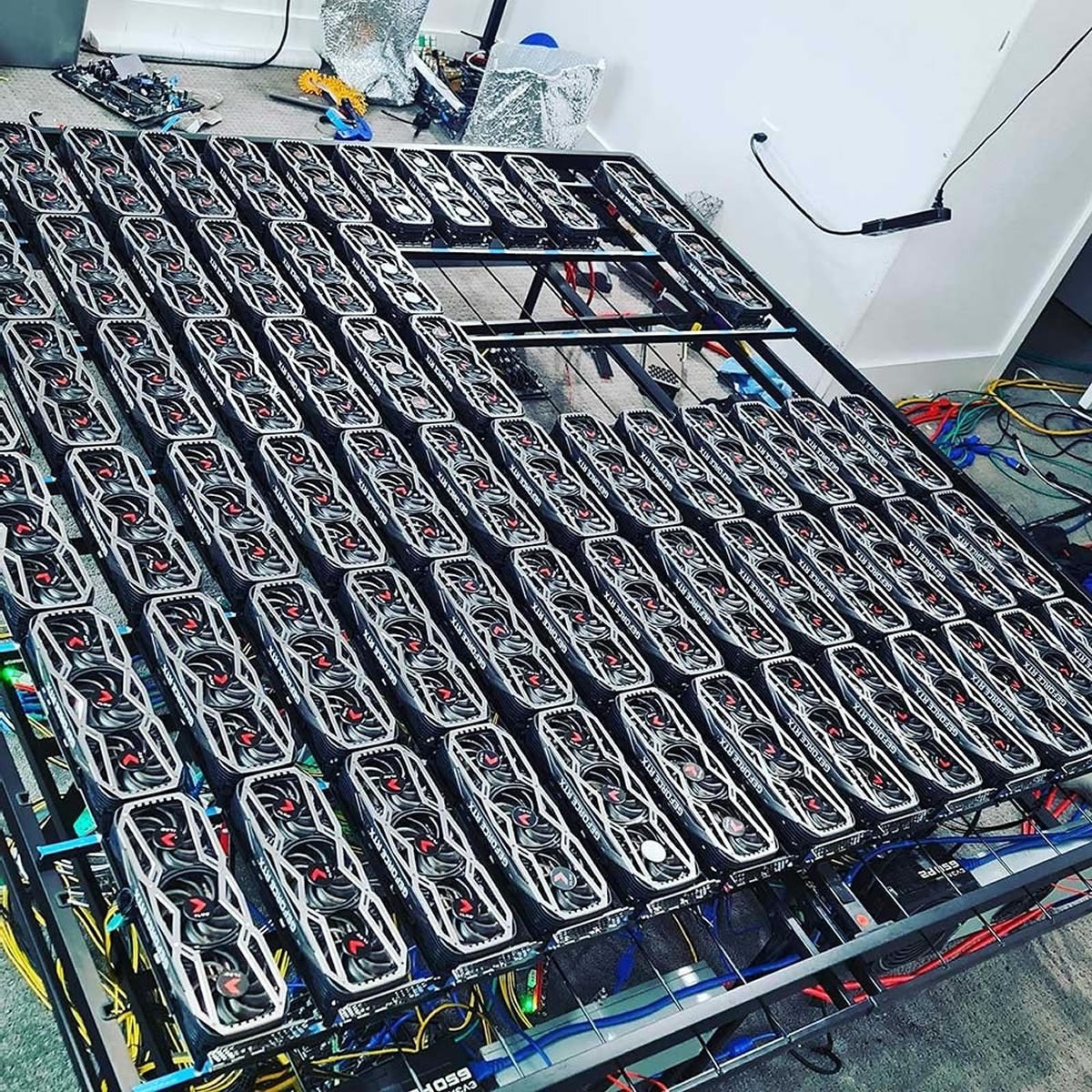 As a reminder, miners usually install graphics cards in RIGs of a few cards up to several tens.

These cards will be offered with up to 10 GB of VRAM memory, indicating that it would be a GPU similar to the GA102. As a reminder, this is the graphics chip of the GeForce RTX 3090 and RTX 3080. The CMP HX series will be available from the first quarter of 2021, models with 10 GB will be on sale in the second quarter.

The GeForce RTX 3060 will be restrained

Nvidia also announced that the upcoming GeForce RTX 3060 will have a special driver that will automatically detect mining-specific algorithms, which will limit the hash rate by 50%. The idea behind this restriction is to prevent the GeForce RTX 3060 from being bought by minors. Nvidia is therefore seeking to find a solution to the shortage problems that impact the entire GeForce RTX range. For the moment, this specific clamping seems to concern only the GeForce RTX 3060.

We have been interested in cryptocurrencies for several months now. Coinbase and Gdax, Kraken, Bittrex, Binance, CoinFalcon, here are five platforms that allow you to buy, sell and trade cryptocurrency. Follow the leader.
Read more