To celebrate Mario’s 35th birthday, Nintendo has released a new limited edition of its Game & Watch, the portable console that was all the rage in the 1980s. Overview of this new video game journey through time at the time of next-gen consoles. 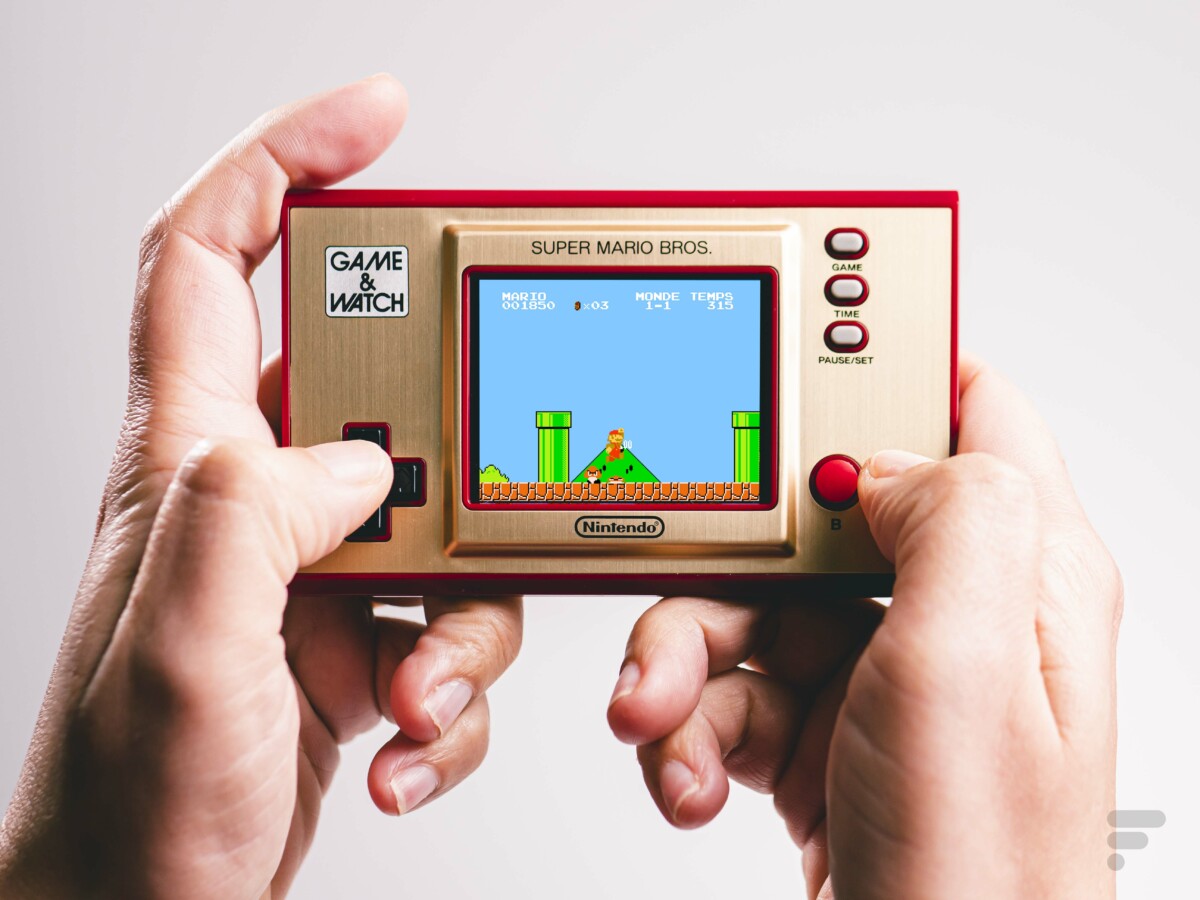 Older gamers will be delighted with the return of the popular Game & Watch line of devices. Launched by Nintendo in the 1980s, they allowed millions of players to discover the game on the go with these very first portable consoles, often single-game, and heroes who have become essential (Donkey Kong, Mario, Link) or titles that marked the oldest (Snoopy, Lifeboat, Pinball, Octopus, Merry Cook…).

Nintendo plays the nostalgic spirit with this collector’s edition to celebrate the 35 years of Mario who was not however the very first hero of the Game and Watch.

If we didn’t know that this was a Game & Watch 2020 model, at first glance, we could be wrong. All the codes of the portable game device of yesteryear are there: the rectangular design in gold metal (first generation of Game & Watch) with the colored outline and the buttons with their rubber coating. Rather rare at the time, a multidirectional cross was present to help players.

The start button is on the right edge, just above the, oh sacrilege, USB-C charging port! This is the concession that makes it clear that this is not an old model, but a 2020 Game & Watch. The old button cells are replaced by an internal battery and a USB-A / USB-C charging cable. It will be much more practical than running in stores in search of battery when the console goes out, modernity has that good. 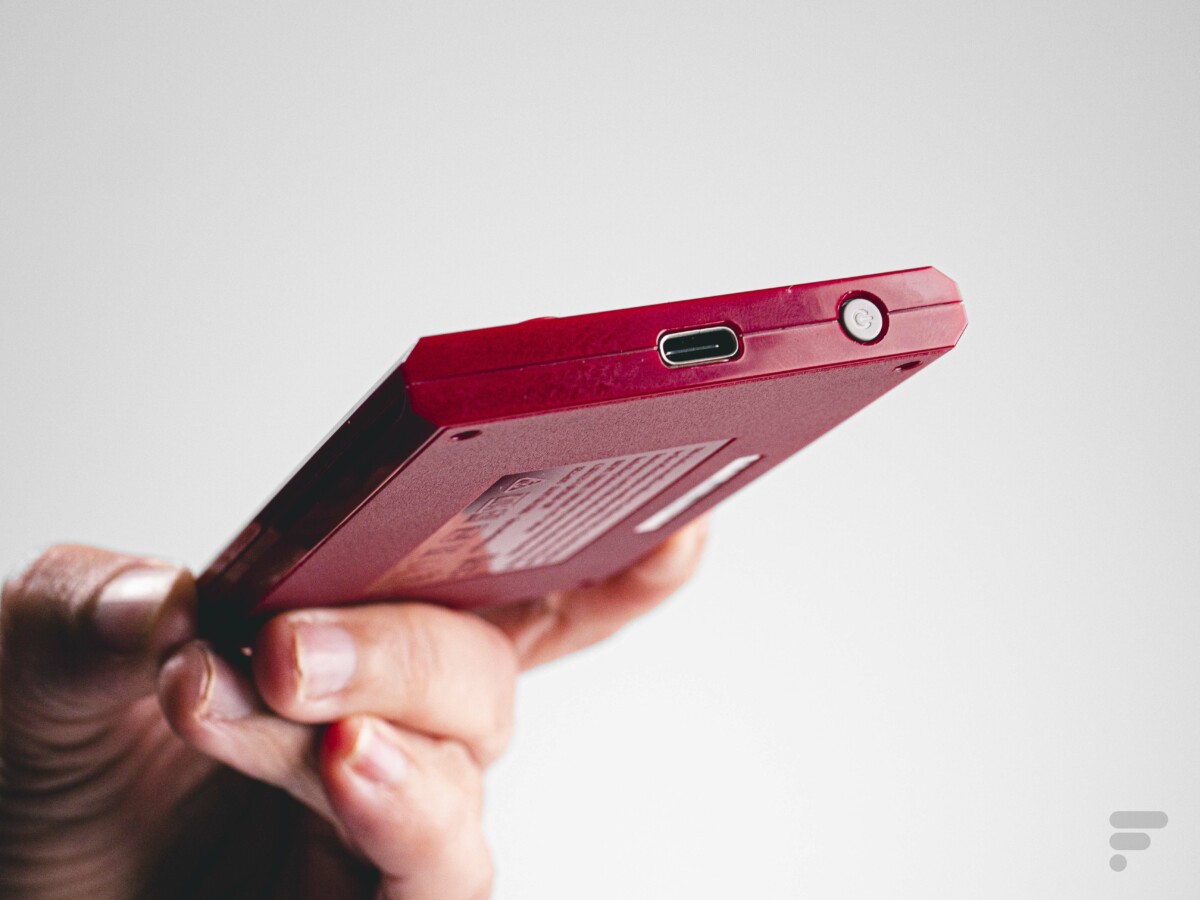 On the left, there is a mini speaker. The sound is not the strong point of the device and we will tend to go to the settings via the Pause / set button to decrease it. And to help, we also tend to involuntarily position our finger on it while holding the console.

The other major novelty is the arrival of an LCD screen (non-touch) instead of the liquid crystal one with its often pre-printed images which provided the framework for the game. This time, the one s’ completely off

If, like me, you have accumulated hours of play on the Game & Watch children, you will instinctively find the grip and the pleasure of launching it. It is still surprising to what extent its size no longer meets current standards. The Game & Watch is very small in the hand, the cross is rickety under the thumb. And yet, the console displays the same measurements as before. Another time, other manners, another morphology of the players!

The clock is still there

Like the Game & Watch of yesteryear (the Watch was for the time / watch), the device has a digital clock function. But it is not displayed in a corner of the screen, but in the middle with 35 alternating animations. However, the clock does not stay on permanently. 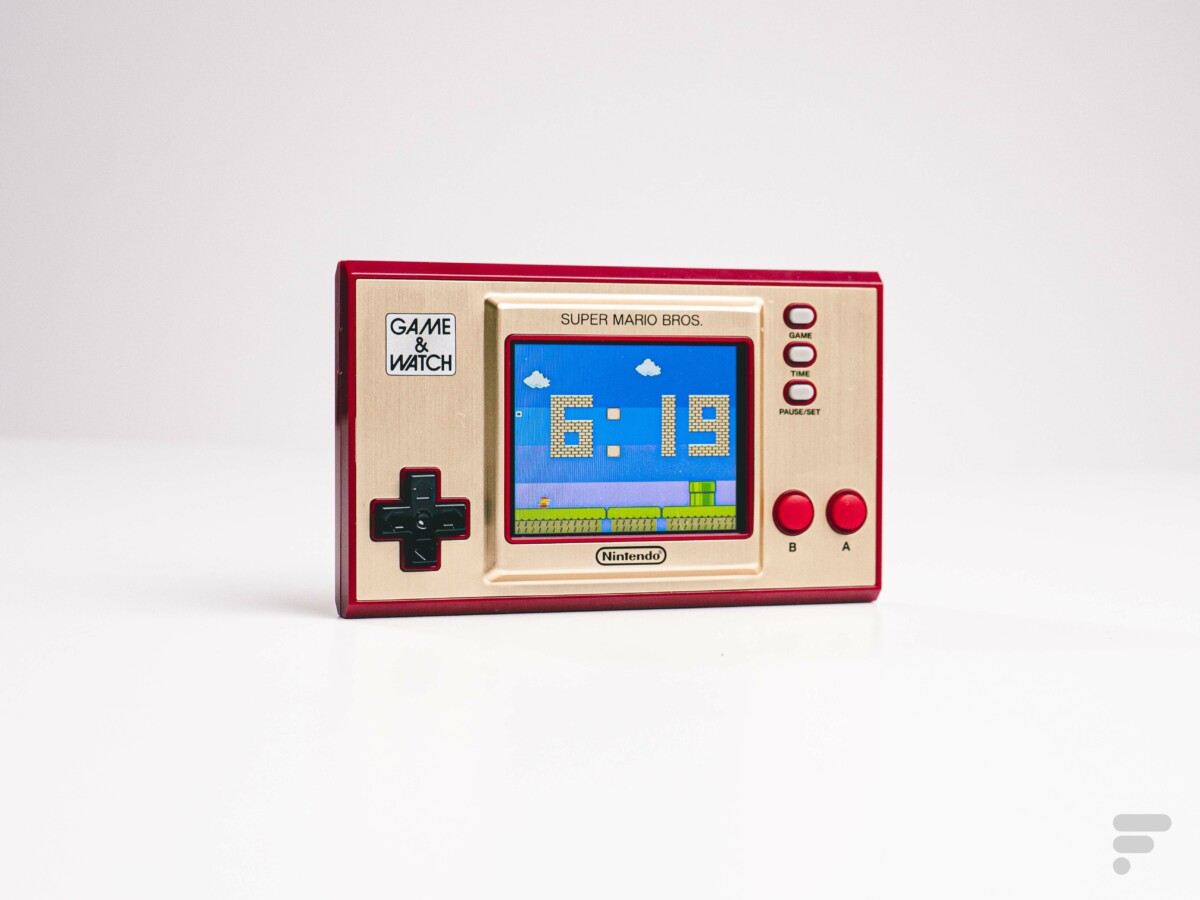 By pressing the small “Time” button, you activate the screen. It will stay on for about three minutes before turning off so as not to waste the battery unnecessarily. It does not resume the alarm clock function as some Game & Watch could.

Three Mario for the price of one

There are three game modes on the device. Super Mario Bros and Super Mario Bros 2 : The Lost Levels are playable as the NES console had popularized them, with the same levels. You can choose to play alone or in pairs, but not at the same time of course. To this is added the game Ball in special Mario version with two options for this pretty juggling game old school, variation of the very first Game & Watch game. 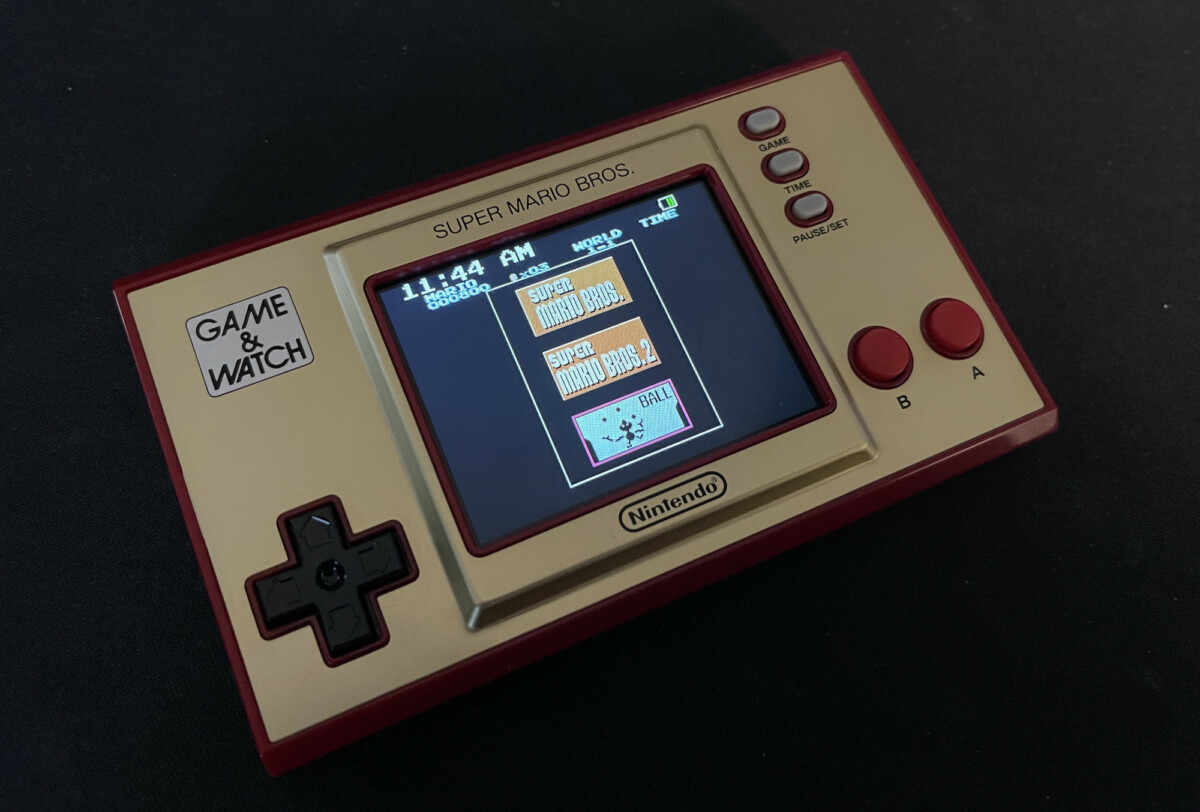 But the little novelty comes from the addition of a mode Mario Infini for both games Super Mario Bros. This is a function to enjoy the most difficult levels without time limits, without risking the “Game over” at the end of the allotted countdown.

To do this, keep your finger pressed on button A while launching the game. To exit the mode, press the “Pause / Set” button of the settings and choose “Reset game”.

For those who have already responded to the sirens of the Xbox Series X and PS5, culture shock in sight! Here, you have to find the old automatisms of the Mario Bros games, this side scrolling in 2D with the impossibility of starting again, the jumps that end in slipping, because the game assistance did not exist, the Game over definitive without saving. And you had to have the right reflexes at the right time. In short, it will crumble in the face of these Mario old. 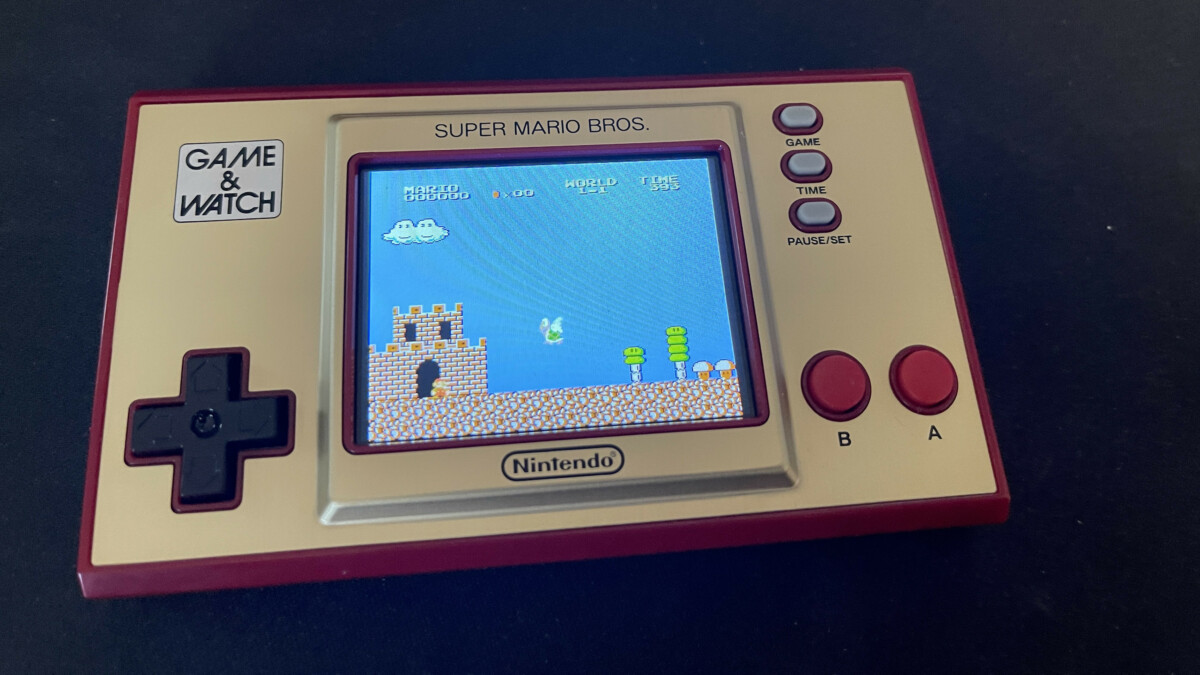 While the first Game & Watch were content with beeps for the sound animation – it was not until the 1983 models to have a real soundtrack. Here you have the right to the usual and heady game music Super Mario. Little melody that accompanies the hero’s wanderings, darker music in castles or undergrounds, the sound of desolation when you lose, everything is there.

The Game & Watch Super Mario Bros is on sale for 45 euros at the main brands. But this is a limited edition. Once stocks are exhausted, Nintendo has no plans to add more.