macOS Big Sur, the latest version of the Mac OS, is finally here. We invite you to come back to its new features with some advice before you start installing it. 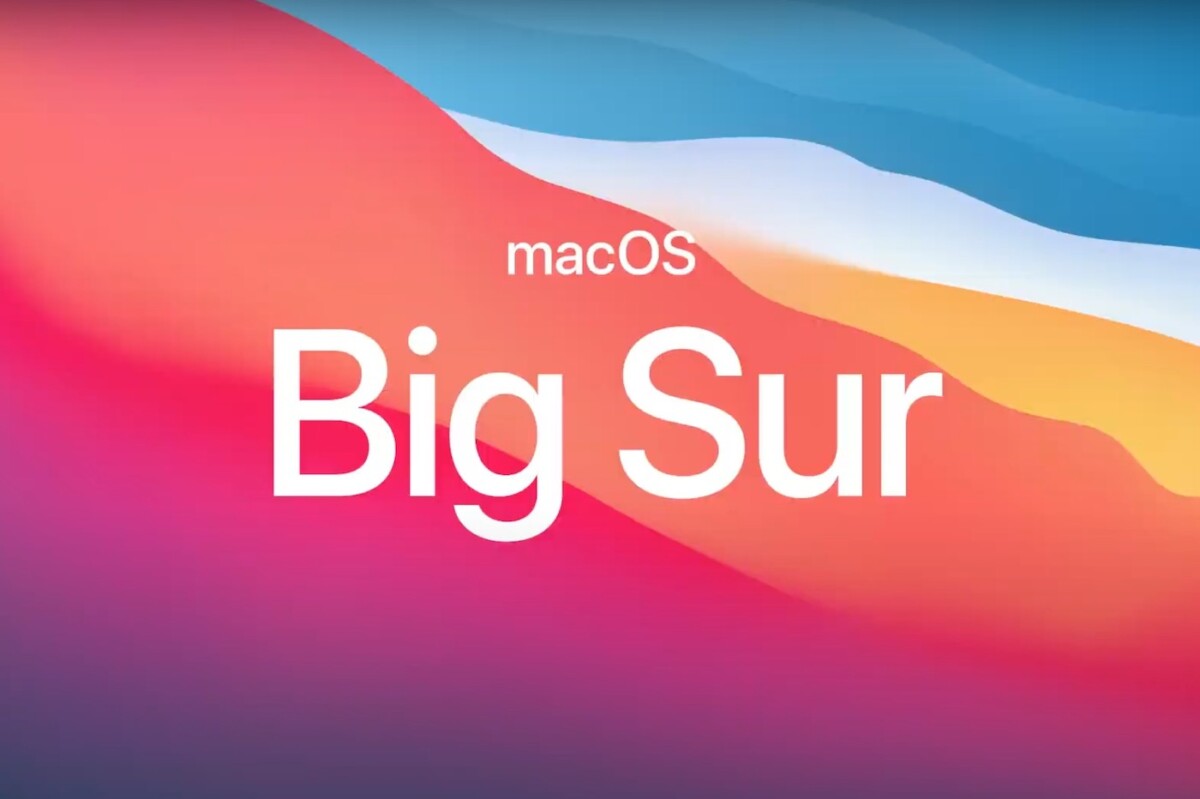 macOS 11 Big Sur is a significant update for the Mac that includes a completely redesigned interface and revised apps.

The first thing you will notice when you start to use Big Sur is its new look. Everything looks whiter and brighter (unless of course you prefer dark mode like I did, in which case things look darker). The edges of the windows are curvy. The menu bars in the application windows blend nicely with the commands for a simplified look, and above all there is no more gray. Previously there was a lot of gray. 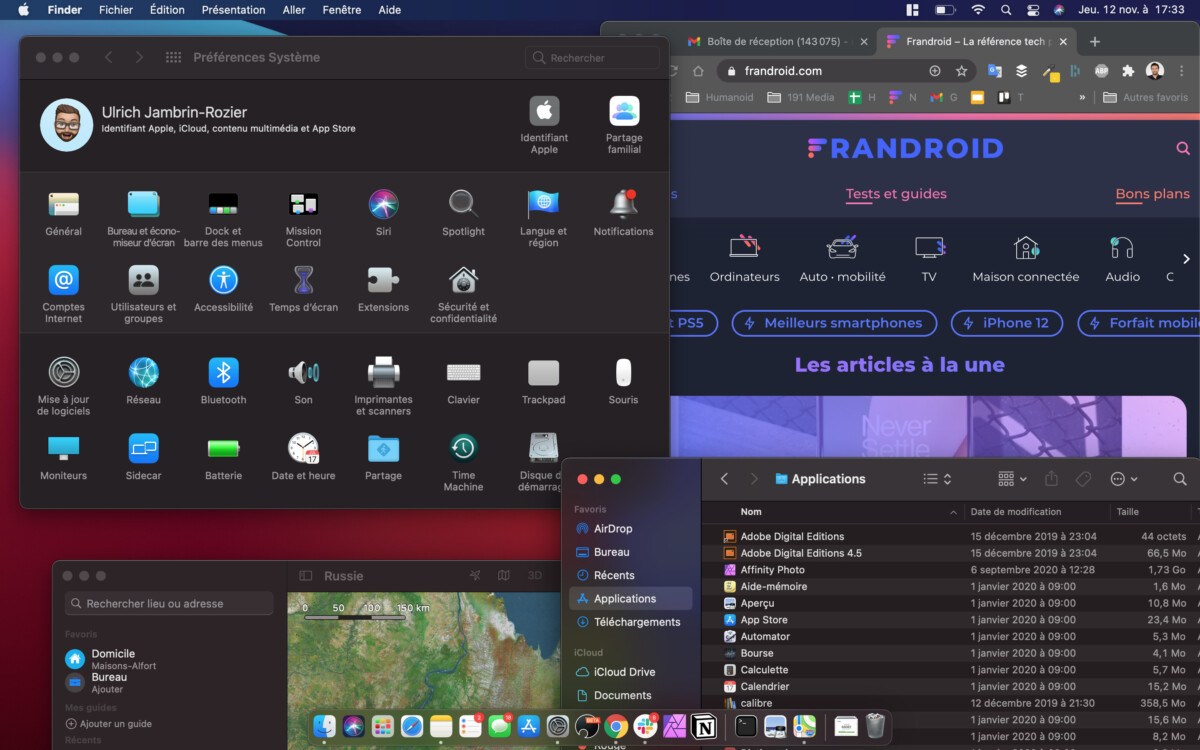 Speaking of design changes, the Dock has been tidied up, the icons that appear there look more uniform.

One of the biggest interface changes in macOS Big Sur is the arrival of the Control Center, which is accessed by clicking the new switch icon in the menu bar next to the clock. This interface should remind you of iOS and macOS. 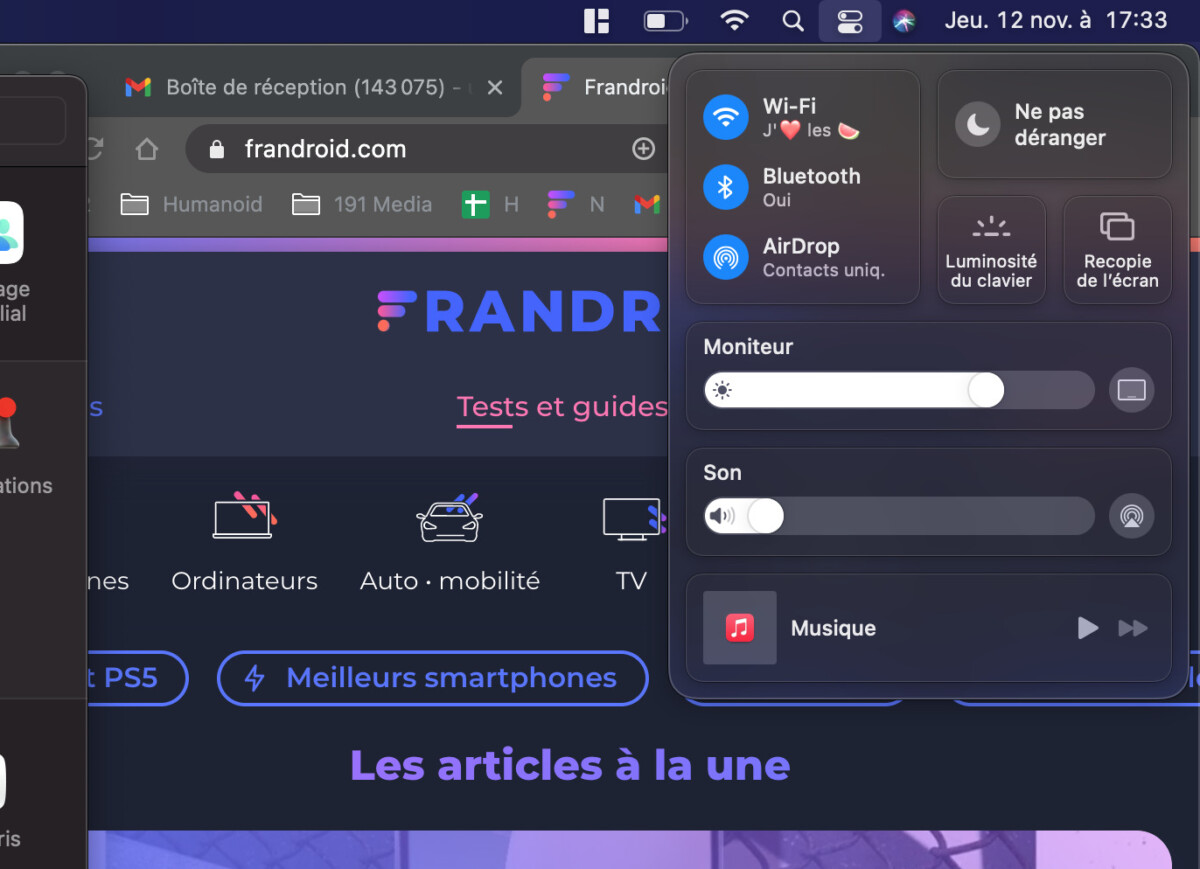 The good news is that Apple’s action center has been revamped a bit, so it’s much more useful now. Notifications will be grouped by app rather than chronologically, so you don’t have to browse through heaps of notifications looking for the one you’re looking for. Then there are the widgets like on iOS 14. Widgets aren’t new to the Mac – in Catalina and long before you could find them in the Today section of Notification Center and a long time ago they were. part of Dashboard – but in Big Sur widgets appear next to your notifications. 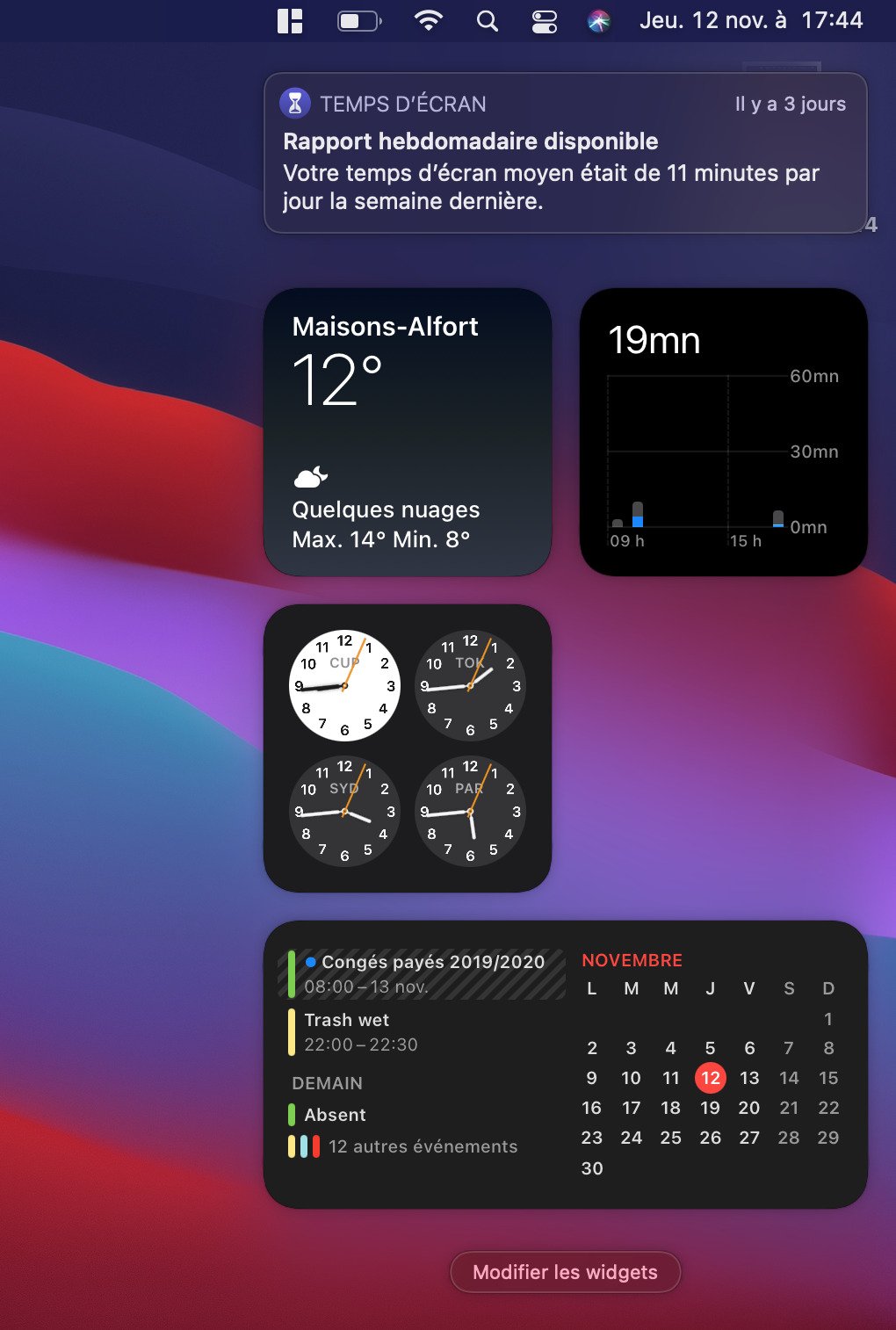 The Messages and Maps apps have also been revised, and so much the better, they are closer to the functioning they have on iOS and iPadOS. If you use Messages a lot, you will appreciate having the same functions as the mobile app. 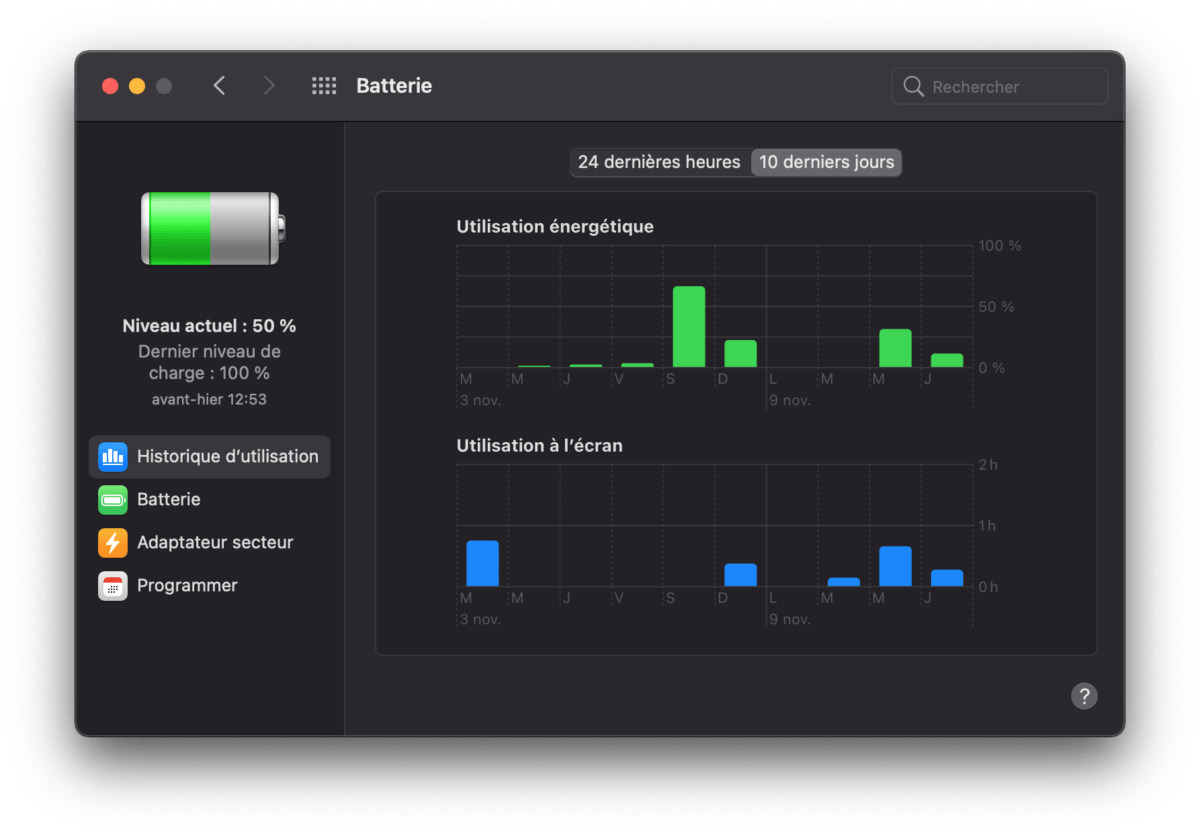 Apple expands the information you can get about your battery with a new section Drums in the System Preferences which recalls the Battery section in the Settings on iOS. Here you will find data for the last 24 hours as well as the last 10 days. You can also set when you want your screen to turn off in sleep mode, set the screen to automatically darken when on battery power, and turn the Power Nap feature on or off. This feature allows you to perform some useful activities on your Mac when it is asleep. 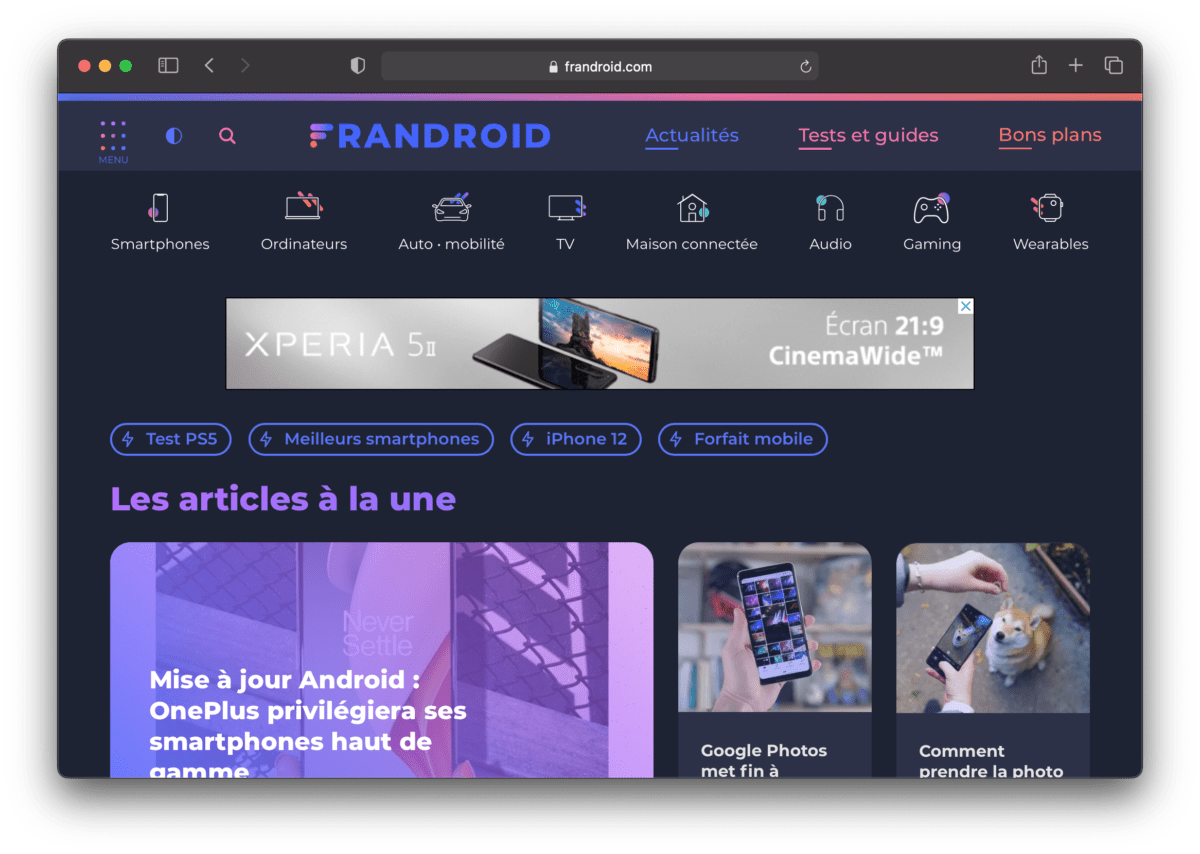 The new macOS also introduces a big update to Safari. According to Apple, its browser loads websites 50% faster than Chrome. The new Safari also has a customizable start page (you can set the background image and select what is displayed) and there is an automatic translation feature built in with seven languages ​​supported.

If you are on Windows 10 or a GNU / Linux distribution, you can still put one of Big Sur’s wallpapers on your computer. On the other hand, you will not benefit from the new features of macOS Big Sur.

Is your Mac compatible?

How do I install the Big Sur update?

If Mojave or Catalina is installed on your Mac, the update will be done through the software update. You may even see a notification that an update is available in the notification center.

Open them System Preferences (you can click on the Apple logo in the menu to find it), then go to Software update.

If you are using High Sierra or an older version, you will need to go to the Mac App Store, search for macOS and click on Get.

The file is about 12 GB, so arm yourself with a little patience and a good connection. You also need to have power on your Mac, obviously. Apple suggests that you should have 20 GB of free space before installing a new version of macOS – although in reality you don’t need to have that much.

Finally, before performing any important update on your Mac, you should back up your Mac. Fortunately, Apple makes it easy to back up your Mac using Time Machine, so there’s no excuse not to create a Time Machine backup before installing a new version of macOS.