The GeForce RTX 3060 Ti is well on its way to being Nvidia’s mid-range choice. With an expected price of less than 400 euros, the RTX 3060 Ti will replace the current RTX 2060 SUPER within a few weeks by developing performance superior to that of an RTX 2080 SUPER. 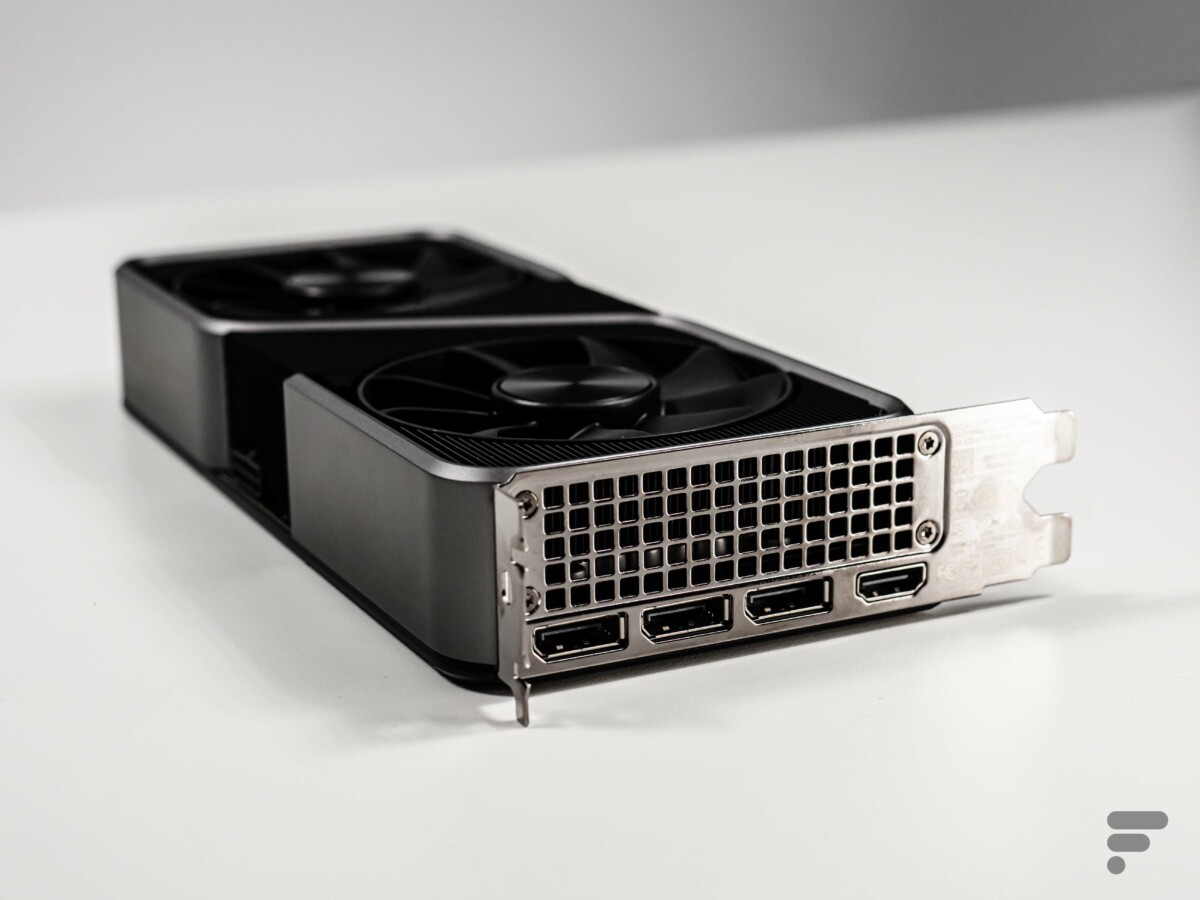 Nvidia buries a little more the performance of its previous generation of graphics cards (Turing). The chameleon brand has provided a few specialized sites with a first comparative table of the performance of its future RTX 3060 Ti against the RTX 2060 SUPER and RTX 2080 SUPER. We discover the generous firepower of the next mid-range card from Nvidia, on a dozen games launched in 1440p. Nvidia specifies that it carried out these tests while maintaining the base frequencies of the reference RTX 3060 Ti, while the three cards tested were coupled to an Intel Core i9-10900K processor for benchmark purposes.

Based on the results obtained, the group estimates that its new affordable card is 1.4 times more powerful than the RTX 2060 SUPER. More symbolically, we should remember above all that the RTX 2080 SUPER is equaled or beaten every time by the RTX 3060 Ti. Enough to make obsolete the one which was one of the flagships of the Californian manufacturer a few months ago.

As specified VideoCardz, Nvidia has not yet released the technical specifications of its RTX 3060 Ti. We nevertheless benefit from a release date now officially set for December 2. The specialized media also relays two photos (below) of the ASUS TuF Gaming version of the card, which has already been delivered to some stores. It sports a design based on three fans, equivalent to the one ASUS already offers for the TuF version of the RTX 3070.

More down to earth, the benchmarks presented by Nvidia to a few specialized sites contrast the RTX 3060 Ti to the RTX 2080 SUPER in three different scenarios: in rasterization (classic rendering of games without the ray tracing), with the ray tracing and in calculation. In all three cases, the 3060 Ti beats the 2080 SUPER with a lead of a few percent.

Always according to VideoCardz, the RTX 3060 Ti would also be equipped with 8 GB of GDDR6 video memory, but would be satisfied with 14 Gbps modules (compared to 15 Gbps for the 2080 SUPER). Another difference between the two cards: the lower number of RTs cores on the RTX 3060 Ti (38 here against 48 on the 2080 SUPER). Shortcomings compensated for by the contribution of the new Ampere architecture… but also by a much more affordable price, estimated at less than 400 euros. 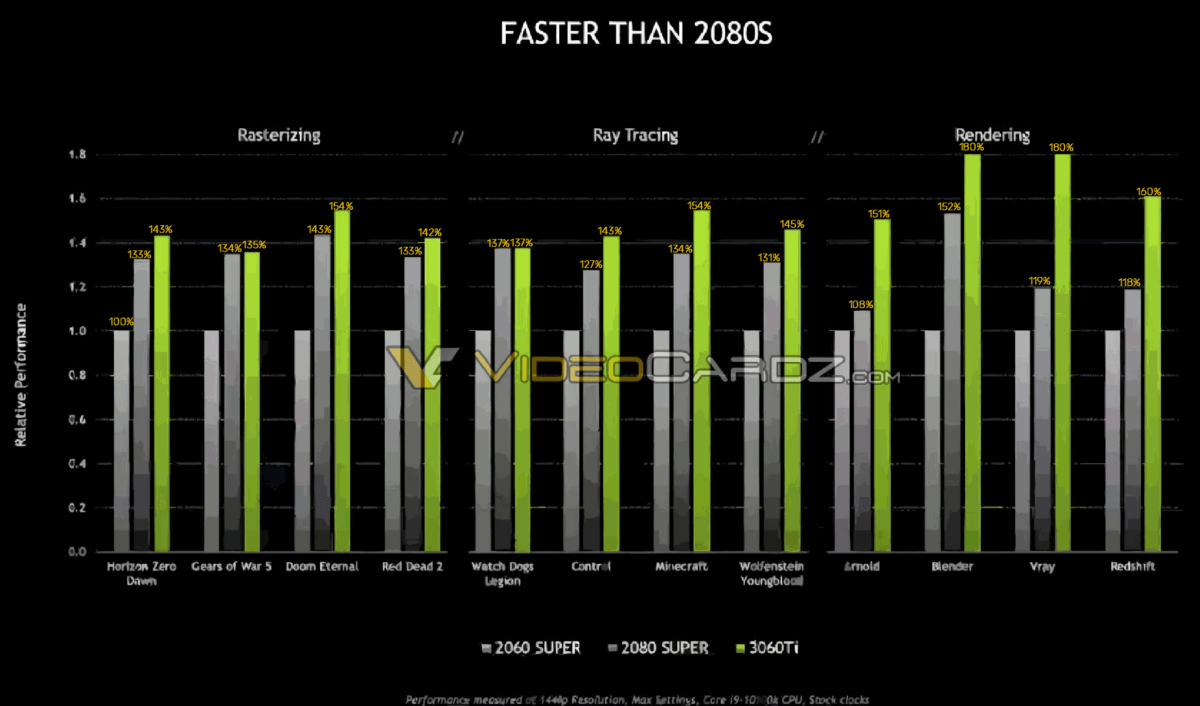 The RTX 2080 SUPER is matched or beaten by the RTX 3060 Ti in all games tested // Gamesdone: Nvidia via VideoCardz