The digital conferences continue as part of this virtual edition of CES 2021. LG returned rather briefly on its innovations in TVs and some details concerning the game mode have seriously caught our attention. Let’s take a quick look at these promising new functions! 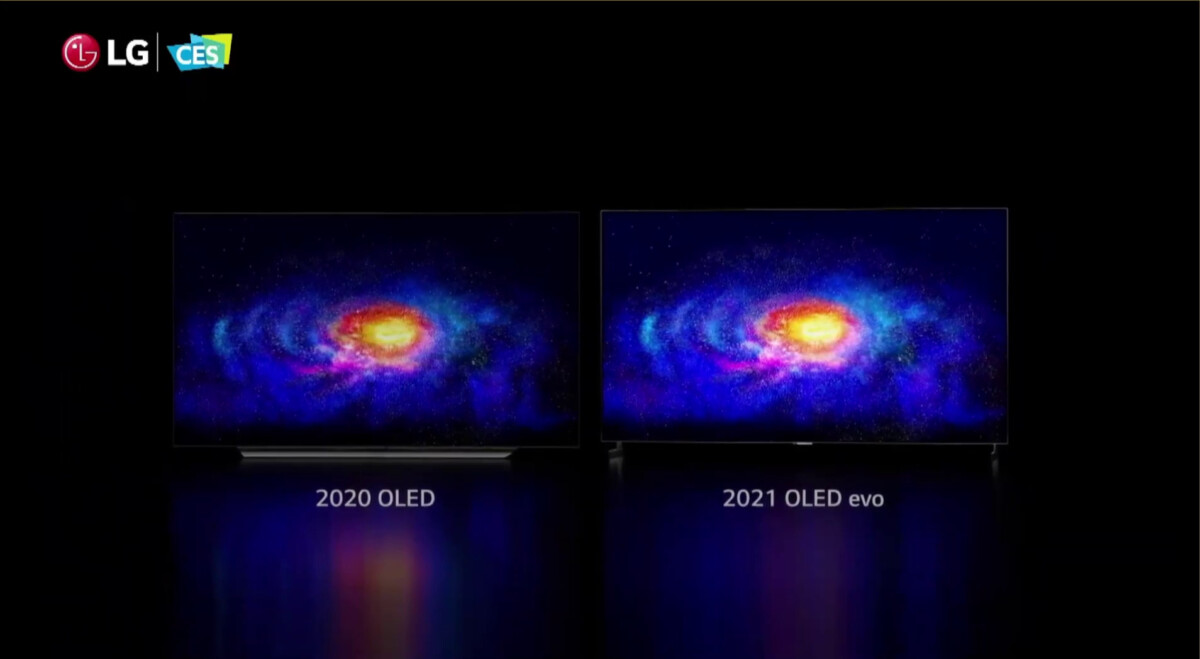 LG seems determined to take advantage of this digital edition of the Consumer Electronic Show to dilute its announcements over time rather than just one big online conference. Today was its first official presentation, during which the Korean firm quickly returned to the hot topics of the moment. Its future line of LG QNED Mini LED TVs was one of them, but we also learned the name of the OLED line for 2021, namely LG OLED Evo.

As you can see with these few screenshots from the web conference, the design is still quite difficult to appreciate. However, we can note that compared to LG OLED CX models, the central foot has disappeared in favor of conventional feet located almost at the ends of the TV. We will come back in due course to the aesthetics of this 2021 collection. Now let’s move on to the other bits of information distilled during this quarter of an hour dedicated to televisions.

A television always in finesse

Farewell to the central foot

Unsurprisingly, LG is also going about its announcement of a new processor, the Alpha 9 Gen 4 which, guess what, is doped with artificial intelligence. AI is really THE fashionable thing. Suddenly, like Panasonic, Sony or Samsung, LG promises even better quality images, since its processor is able to identify the subjects of a scene and apply the right treatments to enhance the image.

And by “subjects of a scene” understand that a human, an animal, but also the textures or the light conditions of a landscape are analyzed to produce the best possible result.

The audio part would also be improved thanks to AI Sound Pro technology. This promises two improvements. The first is the conversion of classic signals into virtual 5.1.2-channel reproduction to produce a more immersive surround sound effect through the TV speakers. The second concerns the automatic leveling of the volume according to the action happening on the screen. Here too we still have relatively few details.

WebOS 6 puts the package on gaming

We already told you about it in our article dedicated to LG webOS 6, but the manufacturer promises to further improve its user experience by reorganizing the interface of the operating system of its TVs. The search for content and their promotion are two of the important points on which the firm would have focused both on the software part and on the hardware side.

Moreover, this desire to facilitate research as well as rapid access to streaming services can be seen in the ergonomics of the remote control. This not only offers an access button to home voice recognition, namely LG ThinQ, but also to Google Assistant and Amazon Alexa. Hotkeys to Netflix, Prime Video and Disney + are there too. Not jealous ! 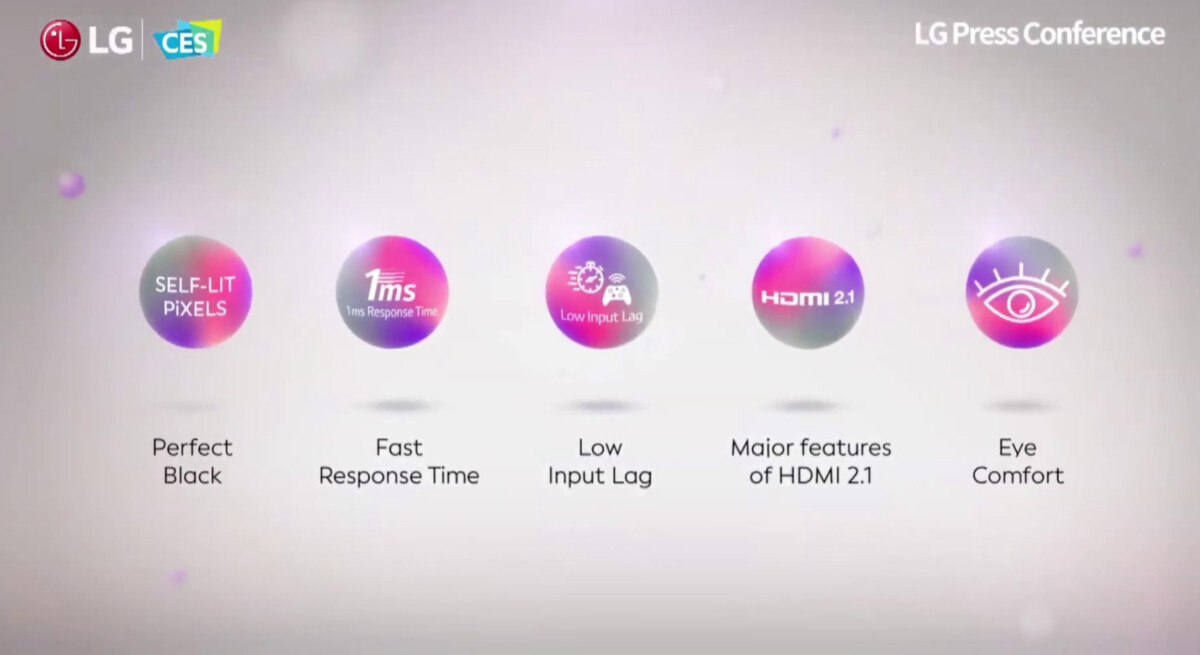 TVs that focus on Gaming

LG has also returned to the compatibility of its televisions with Ndivia G-Sync technology as well as other strong arguments, such as ultra-fast response time, excellent input lag or even infinite contrasts.

But for 2021, the big news will concern the “Game Optimizer” menu. This will be accessible on the menu bar and will offer direct access to a multitude of new settings on a television.

Once the game mode is activated, we find, under a support tab, access to further settings which go as far as choosing the type of game. In addition to the standard mode, we will find under WebOS 6 FPS, RPG and RTS modes which should intervene on certain processing and electronic settings for the gaming experience to be the best possible. It is not indicated if LG has worked with Nvidia on these new menus (on creating profiles and options to adjust, for example), but we are already looking forward to testing them. Obviously, these should work with PCs as well as home consoles. In fact, you will understand, HDMI 2.1 and its other technologies (VRR and ALLM) will also be part of the game, such as 4K @ 120 Hz and 8K @ 60 Hz. 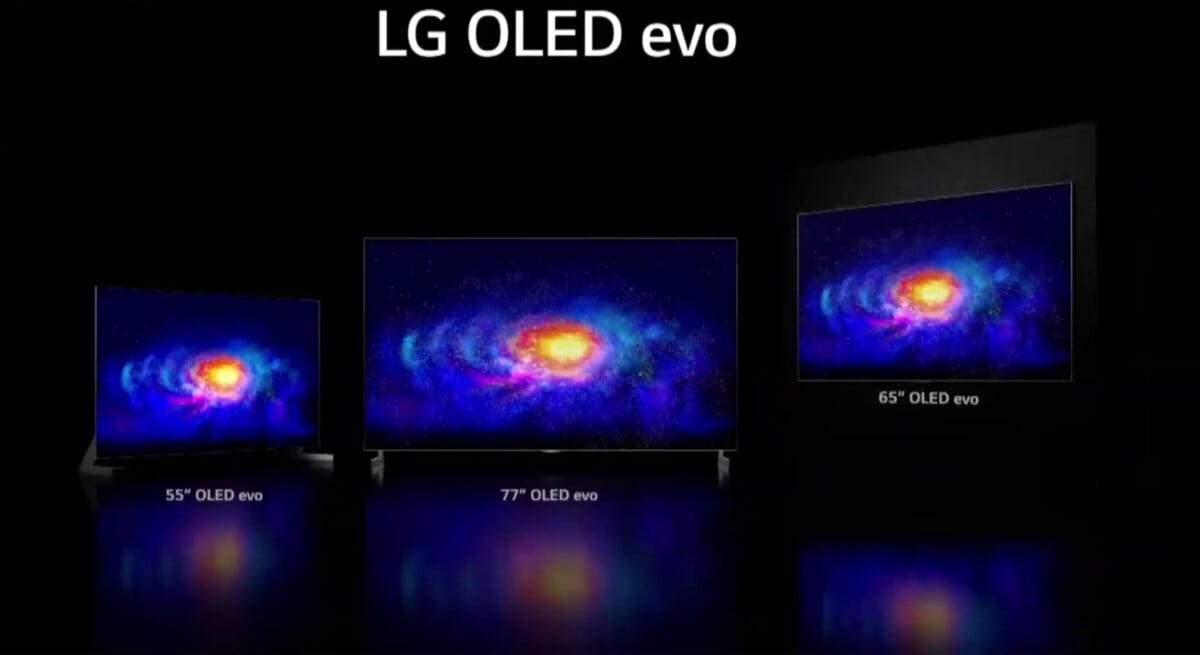 LG also indicated that the TVs would be compatible with the Google Stadia cloud gaming service and the Twitch streaming platform, but without giving further details. We can bet that these are clients integrated in the form of applications to webOS 6, but here again, some doubts remain.