Netflix loves France. And not only through his Marseille or La Révolution series, or even Emily in Paris. The video streaming giant has announced the launch of 27 French films, series and documentaries in 2021 with a host of stars, from Omar Sy to Jean-Claude Van Damme, including Dany Boon and Sami Bouajila. Even Johnny Hallyday will be in the spotlight. 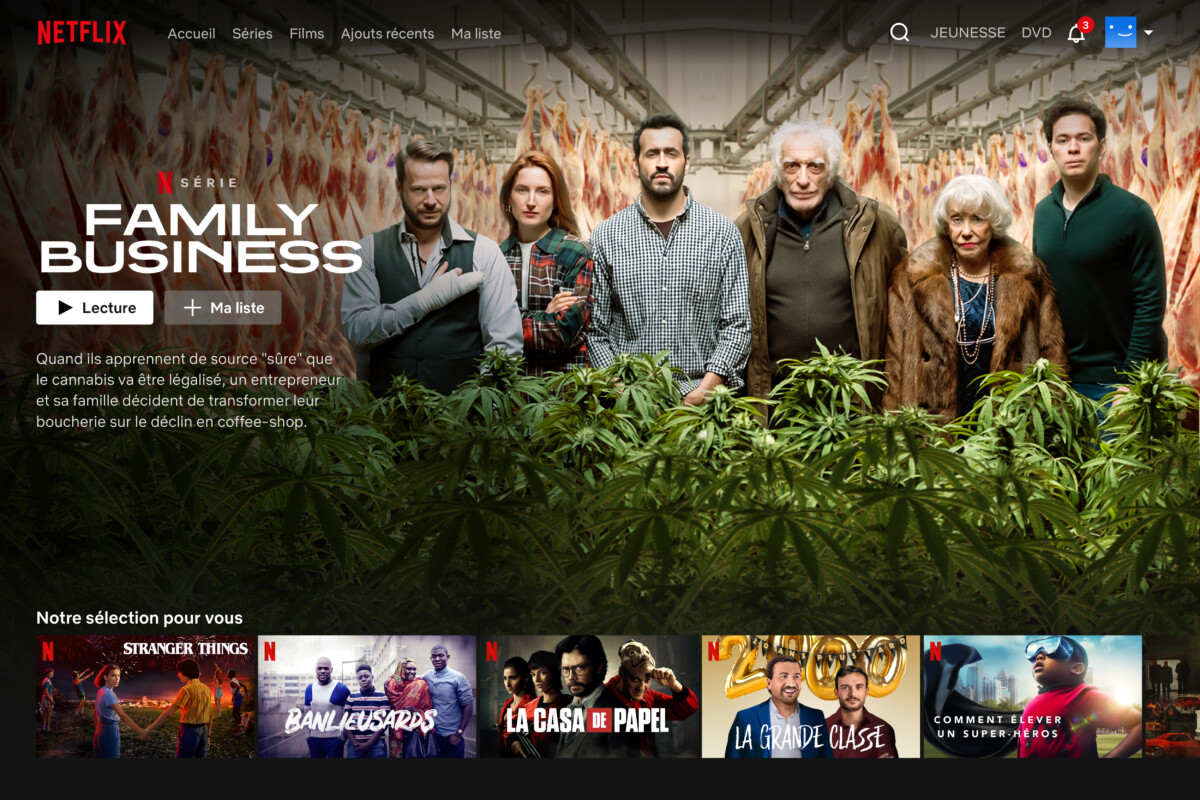 Family Business is back for a 3rd season // Gamesdone: Netflix

Netflix is ​​firmly rooted in France. One year after opening its offices in Paris, the American giant is stepping up in French production. Tuesday, during a presentation conference, the French branch announced the start of 27 projects for 2021, from films to series through documentaries.

In recent months, the Netflix catalog has been enriched with content developed in France, whether films like Lost bullet by Guillaume Pierret, series such as Family Business, Plan Cœur, The Eddy or The revolution. But the video streaming service wants to go even further, a way also to meet the demands (requirements?) Of the Ministry of Culture in terms of French creations.

And for the coming year, the made in France will be enriched by a large number of original projects launched or put into production in the coming months. ” All styles will be in the spotlight “, Netflix promised by picking up the titles and, above all, the cast of stars which is announced.

Among the various productions announced, we find Jean-Claude Van Damme, Eric Judor, Alban Ivanov and Miou-Miou in The Last Mercenary, a film combining action and comedy. Family and neighborly relations will be at the heart of 8, street of humanity, the next film written and performed by Dany Boon around the life of a building during the first confinement. He will meet in the staircase Elie Semoun, Tom Leeb or Alison Wheeler.

A documentary on Johnny Hallyday

And the French series are doing well too, thank you for them. Netflix will stream season 2 of Deadly soon. The second part of Lupin with Omar Sy is coming this summer just like seasons 3 of Family Business and Heart Plan.

Omar Sy is back in Lupine, but not only… // Gamesdone: Netflix

In terms of creations, Gone forever (by Juan Carlos Medina, with Finnegan Oldfield and Nicolas Duvauchelle), a thriller series about a man who runs the disappearance of those he loves, and Robbersare announced. This latest series by Julien Leclercq features Sami Bouajila as a seasoned robber in the middle of a turf war between drug traffickers.

Netflix is ​​also not forgetting its taste for documentaries. Johnny Hallyday’s story will be at the heart of Johnny by Johnny , with unpublished archive footage of the Idol of Young People who died in 2017

And 2022 promises to be just as rich. Three film projects will be launched including the sequel to The other side of the ring-road’, directed by Louis Leterrier with Omar Sy and Laurent Laffite. Lost bulletby Guillaume Pierret, a first successful film on Netflix with more than 37 million views, will also have the right to a sequel. Finally, Franck Gastambide and Simon Abkarian will be featured in Open Tomb , a thriller by Régis Blondeau adapted from the Korean film A Hard day (Kim Seong-hun).

Two series are also in production. To start with The Seven Voids of Leahwith Mélanie Doutey and Samuel Benchetrit narrating the adventures of a teenage girl who wakes up in the body of a different person every morning. Comedian Nawell Madani will be in charge ofBendo, a family story tinged with humor around a reimbursement to be made to a dealer before the end of Ramadan.