As expected, the Chinese manufacturer TCL returned to its CES announcements to provide some light details on its Mini LED range. We now know that the C825 series will be available in 55 and 65 inches and that the prices will be very aggressive. 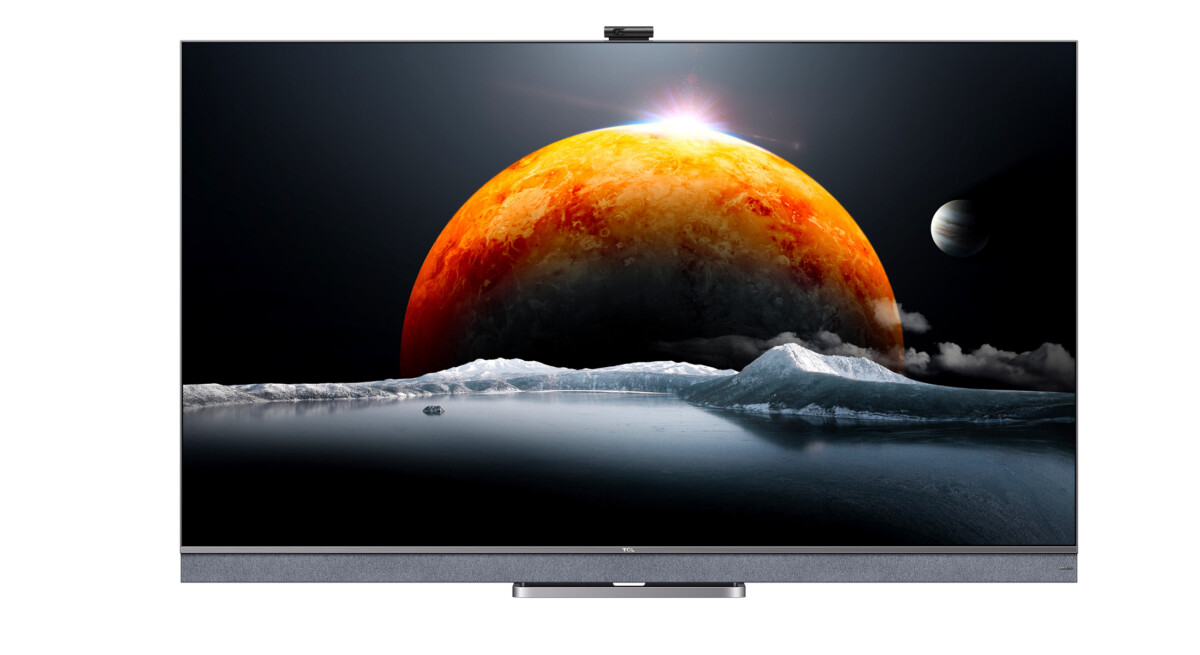 A truly affordable Mini LED range with a price that starts at less than 1,500 euros

At a fully digital CES held last January, TCL announced the OD Zero Mini-LED, THE ultra promising technology in the design of QLED LCD panel with mini LED backlighting. And for good reason, the Chinese manufacturer promises to be able to glue the LCD panel to the thousands of Mini LEDs allowing to make very thin televisions, but especially to control the light (power, leakage, etc.) and the contrasts with very high precision.

This technology, TCL will reserve it for its most high-end models, including its X series which will have an 8K and for which it will be necessary to wait until June 2021.

TCL organized a new European conference during which the manufacturer returned to its commercial growth, but ultimately, too little to our liking on the technical details of its mini LED televisions. The good news, however, is that the prices are known. We now know that this family of products will consist of a 55 and a 65 inch and that they will be respectively offered at 1,400 euros for the 55C825 and 1,800 euros for the 65C825.

For comparison, the cheapest NEO QLEDs from Samsung start at 1,800 euros in 55 inches (QE55QN85A) and 2,500 euros in 65 inches (QE65QN85A), but the technical composition of the panels should be a cut above. If we do not know more from TCL, we will have to wait until the tests. 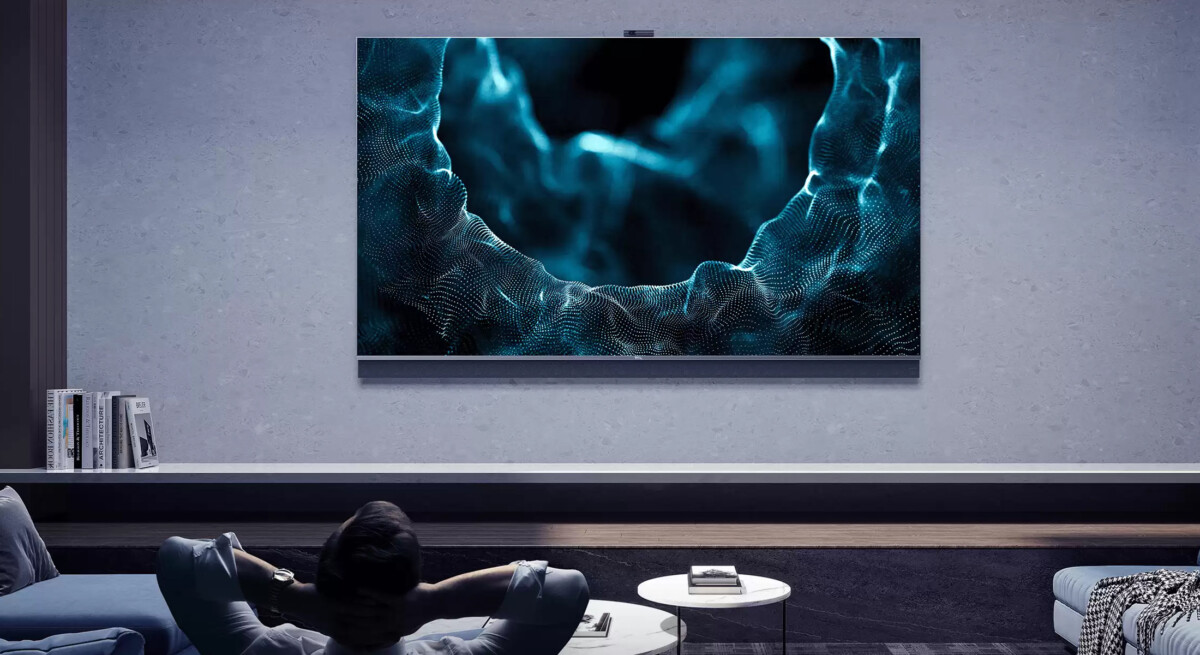 The C825 comes with an Onkyo sound bar

TCL did not give any information on the number of mini LEDs that will make up the C825 models, nor even the number of zones that will be exploited to drive these mini LED panels. We can bet that there will be a question of hundreds of zones and, hopefully, a few thousand LEDs, in order to deliver good light power and significant contrasts.

Remember that these televisions will not ignore any of the HDR formats since they will be compatible with HLG, HDR10, HDR10 + and Dolby Vision IQ. This implies the integration of an ambient light sensor to adjust the image parameters according to the light conditions of the room. 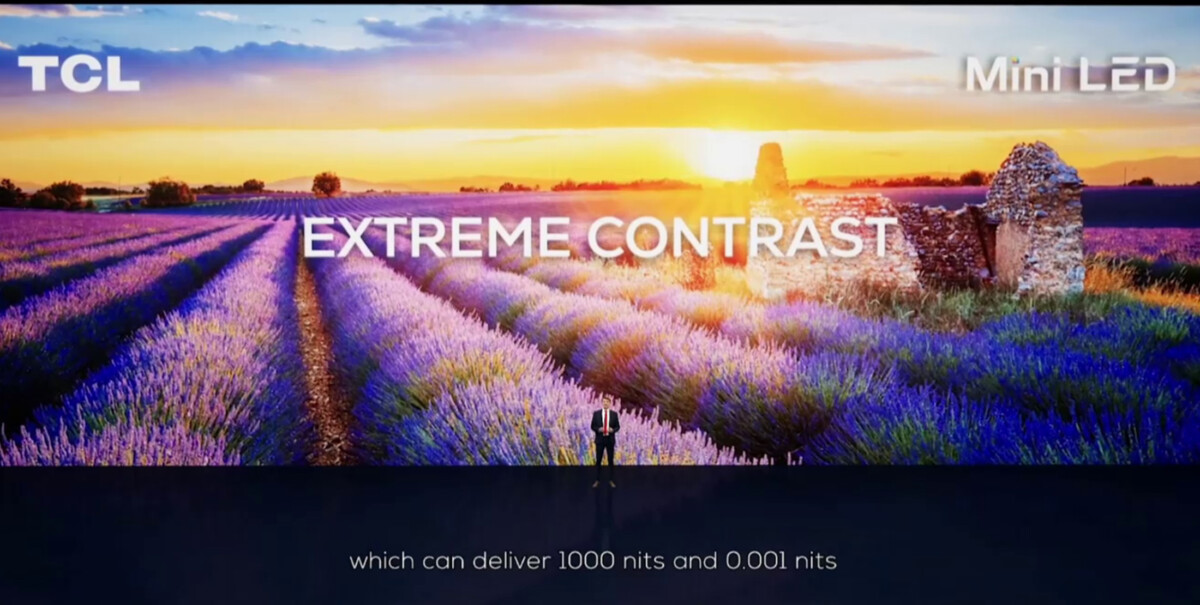 Peak power that can reach 1000 nits

For Marek Maciejewski, Director of Product Development at TCL, this technology makes it possible to go from a light output of 1000 nits in the most illuminated areas to a very deep black. It’s exciting, but we now also know that the OLED in 2021 will exceed 1000 nits in peak. We will have to wait anyway for the tests of this C825, because we can read on the technical sheet published on the site that the “typical” brightness would be 500 cd / m² and the contrast ratio of 6000: 1. Two values ​​which have nothing extraordinary on paper, especially if the 500 cd / m² evoke a peak power now widely achieved by a good number of LCD televisions. Still, the Mini LED should limit the risk of blooming.

Anyway, with this indication of 1000 nits, we tell ourselves that TCL will offer even brighter Mini LED LCD panels, but at what price? In the Premium segment currently occupied by Samsung and its QN95A, the price is admittedly not the same, but the peak power is two to three times higher. 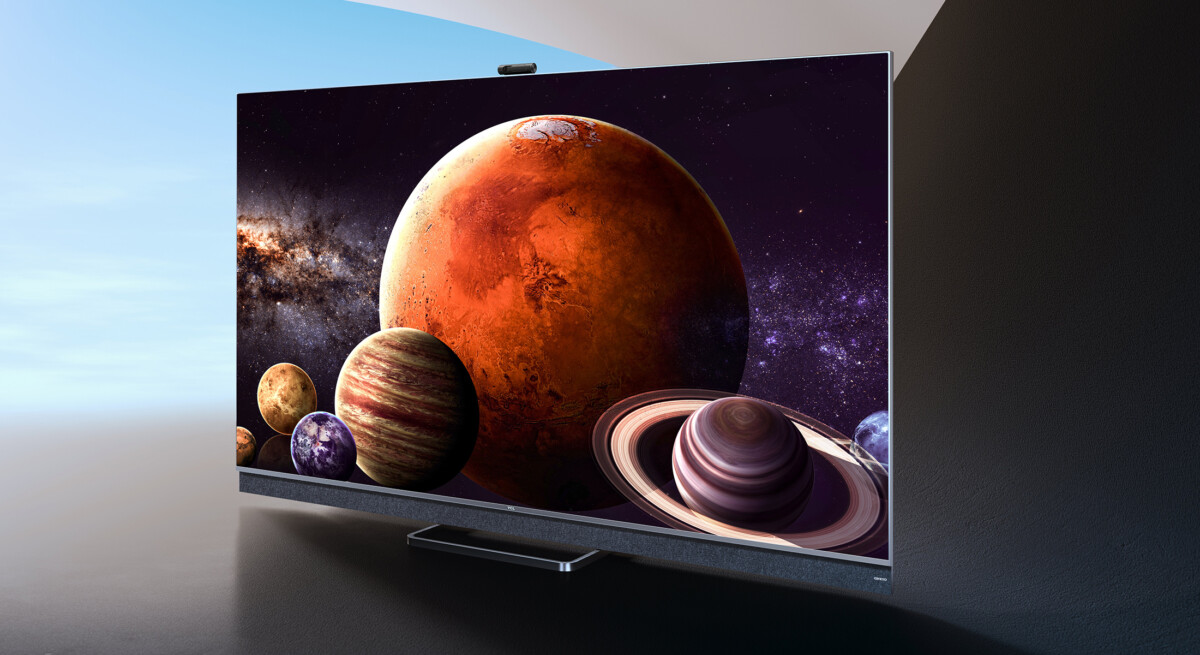 The 55C825 and 65C825 will also be televisions ported to video games. Thanks to MEMC (Motion Estimation & Motion Compensation) technology and their HDMI 2.1 connectivity, the 100 Hz VA panel will be able to rise at a rate of 120 frames per second to display a smooth gaming experience. Users will also be able to count on ALLM, VRR and FreeSync technologies, as well as an input lag which would be 15 ms according to the manufacturer. 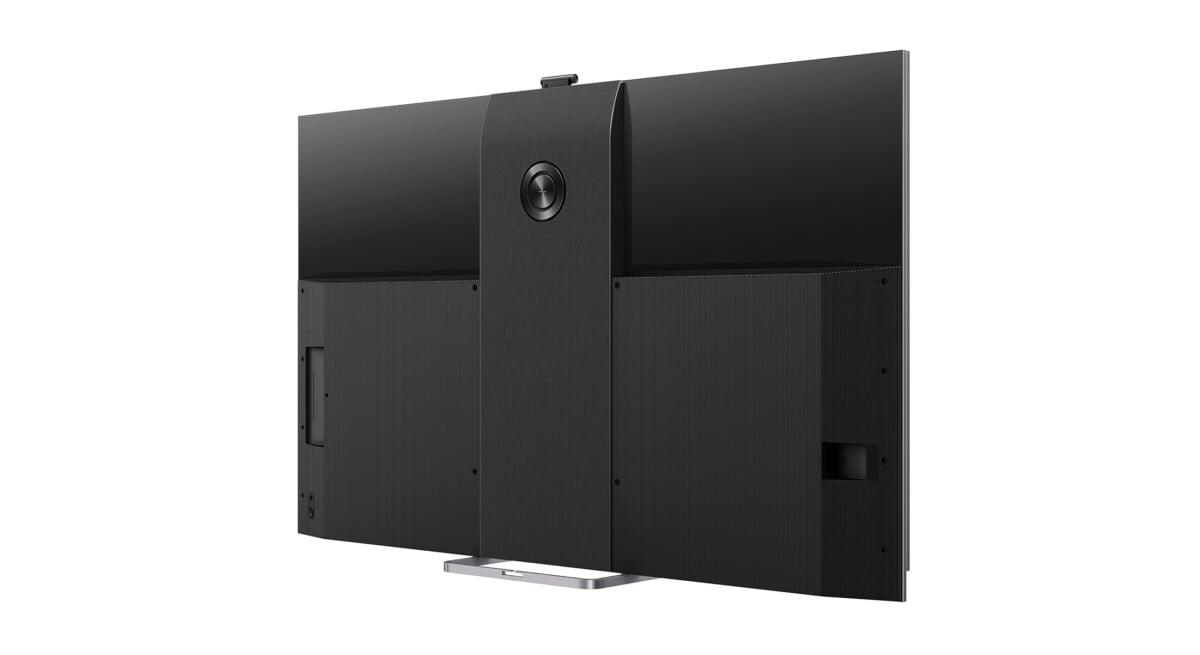 A bass box is integrated at the rear, in a fairly high position, however.

Finally, we know that the C825 will be equipped with an Onkyo soundbar on the front. This promises a power of 2 x 15 watts to which are added another 15 watts delivered by a subwoofer positioned at the back of the television. Strangely enough, it is positioned very high. Why not … Anyway, he will have to play the reverberation of the sound on the walls. You will probably have noticed it, but a camera is integrated at the top of the slab. This will be used in the video conferencing functions made available thanks to Google Duo compatibility since the C285 should run on Google TV – perhaps later via an update.

According to the information communicated to us, the availability of the TCL 55C825 and 65C825 is imminent, by the end of April / beginning of May. We look forward to testing these models which could well be an interesting solution for all people who do not have a very large budget.