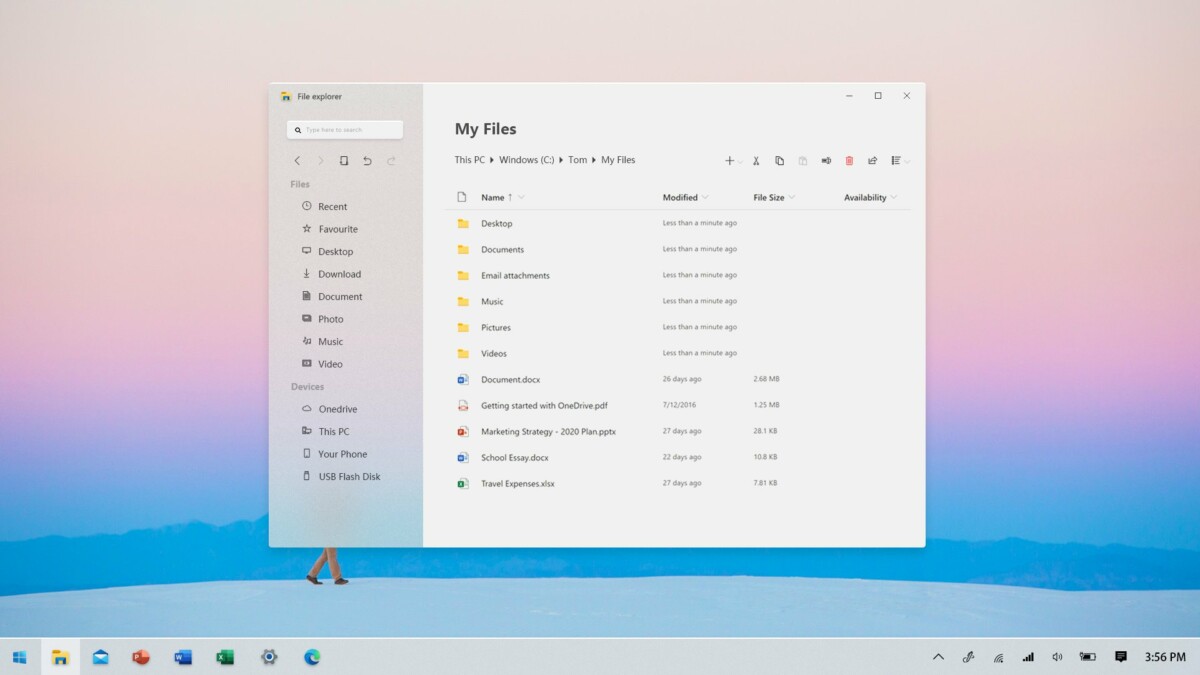 Since its launch in 2015, Windows 10 has evolved a lot. Over the course of the updates, Microsoft has proposed several design changes, and important new features to make the system more mature and pleasant to use on a daily basis. However, even today in 2020, there are still many elements in the system that date from older versions of Windows, sometimes Windows XP or even older versions. Until October 2020, for example, it was necessary to go through one of these menus to change the refresh rate of the screen.

This seems to be the subject of a new project at Microsoft, codenamed “Sun Valley”.

The information comes from the very famous Zac Bowden, journalist for Windows Central, Microsoft is working on a major update for Windows 10. It would bring a major design change for the interfaces most often seen by the user: start menu, action center, file explorer, etc. This Sun Valley project would aim to freshen up the system, like what Apple has been able to offer with MacOS recently.

As one could imagine, this new project was launched by Panos Panay who has been at the head of the Windows 10 team since the beginning of the year, in addition to his direction of Surface products. Microsoft had shortly after announced that it wanted to reinvest in Windows 10 for the year 2021, and according to Zac Bowden, Sun Valley would be a direct consequence.

One of the goals of this overhaul would be to make the system more consistent throughout, especially when activating its dark theme. For this, Microsoft would offer both a redesign of modern Windows 10 interfaces, but also a retouch of some old interfaces to adapt them to the dark theme. As Zac Bowden recalled, the goal wouldn’t be to create new design codes to replace Fluent Design, but to apply Fluent Design more widely in the system.

For her part, the journalist Mary-Jo Folley has also heard of the code name Sun Valley, and makes the link with the “Windows 10 ++” project that she saw in Microsoft’s internal documentation several months ago.

This Windows 10 ++ would be according to the journalist the name given internally to the major version of Windows 10 scheduled for the end of 2021. This follows a change in internal plans concerning the development of Windows 10 which took place several months ago when the release of Windows 10X was shelved. Of course, one should not imagine that “Windows 10 ++” would be a trade name that would normally be released to the general public. All the new features discussed here should be included in the major Windows 21H2 update already scheduled to succeed 20H2 which has just started its deployment.

If we have to make a brief summary, here is what seems to have become of Microsoft’s strategy.

Of course, all of this should still be taken with a grain of salt. With the current global situation, and the typical life of a project, these kinds of plans may change from quarter to quarter, and some new features planned for Windows 10 ++ could be postponed, or canceled. In the meantime, these new features should arrive little by little in the Dev channel of the Windows Insider program.