Apple has updated the page regarding its MagSafe Duo dual wireless charger. We learn that its maximum power will be 14 W, therefore lower than that of the iPhone 12 … 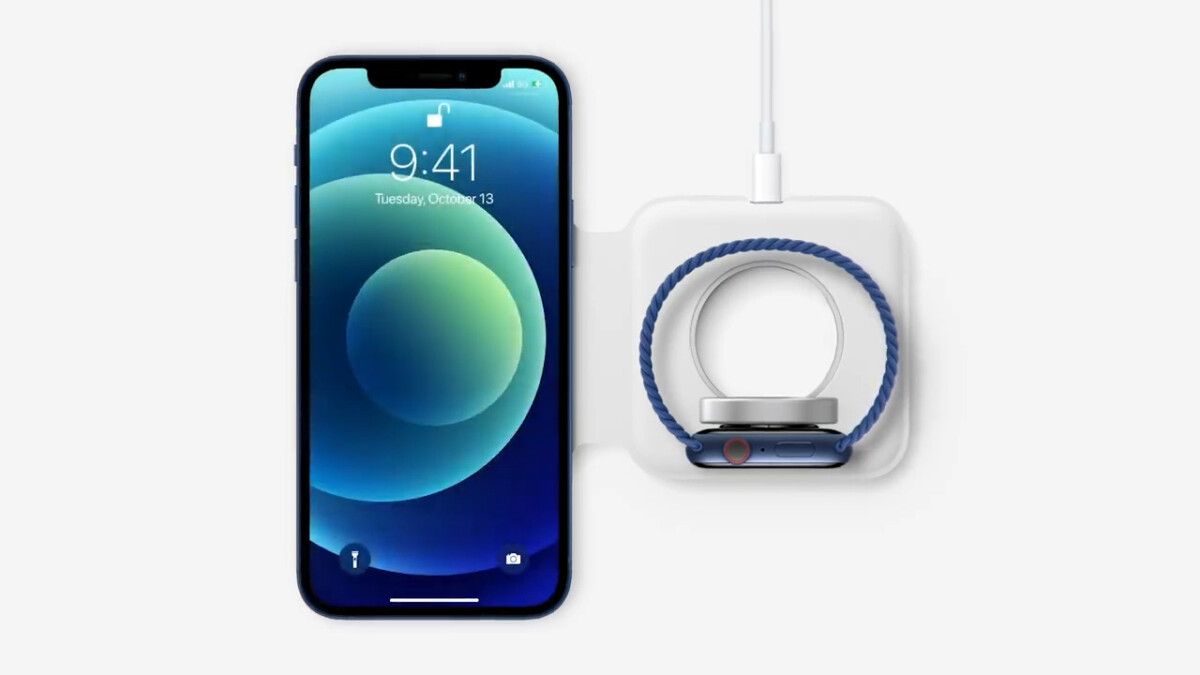 The MagSafe Duo can charge an iPhone and an Apple Watch simultaneously.

During the presentation of the iPhone 12, Apple also unveiled its new MagSafe wireless charging system, based on the Qi standard, but embellished with magnets to perfectly align the coils of the charger and the recharged device and thus avoid energy losses. Two models were presented: the MagSafe charger and the MagSafe Duo, which as its name suggests, can charge two devices at the same time (a smartphone and an Apple Watch or wireless headphones for example). This one nevertheless has a small defect.

As noted by Mark Gurman of Bloomberg, Apple has modified the page of its site dedicated to the MagSafe Duo (on the US version of the site only). We can thus read that the power unit of this Qi charging mat is sold separately and that it is therefore necessary to obtain a 20 W adapter for a fast charge at the 11 W output, or a 27 W adapter for a charge. fast 14W.

For comparison, the MagSafe charger can for its part offer an output power of 15 W from a 20 W power supply. This is the maximum charging power of the iPhone 12.

The MagSafe Duo is therefore unable to provide sufficient energy to recharge an iPhone 12 to its full potential, and even less with a 20 W power supply. It is a bit of a shame for a charger which is marketed at all the same 149 euros on the manufacturer’s website, price to which must be added 25 euros for a 20 W power adapter, or 55 euros for a 30 W adapter. Note that Apple does not offer a 27 W unit on its store.

All eyes on props

The MagSafe Duo is therefore intended rather to adorn your bedside table for a recharge at night rather than in a place where you would need a charge a little faster. However, third party props can be counted on to offer more interesting MagSafe chargers. Belkin, for example, has already announced a 3-in-1 charger at 150 euros capable of recharging your iPhone 12 to 15 W.

We tested the iPhone 12 Pro for a week. Here is our full opinion on its performance, its photo part of course and its daily use.
Read more