The Huawei Mate X2 has been made official. Exit the only screen on one side that folds. The future version of the Chinese foldable smartphone looks like its South Korean counterpart. 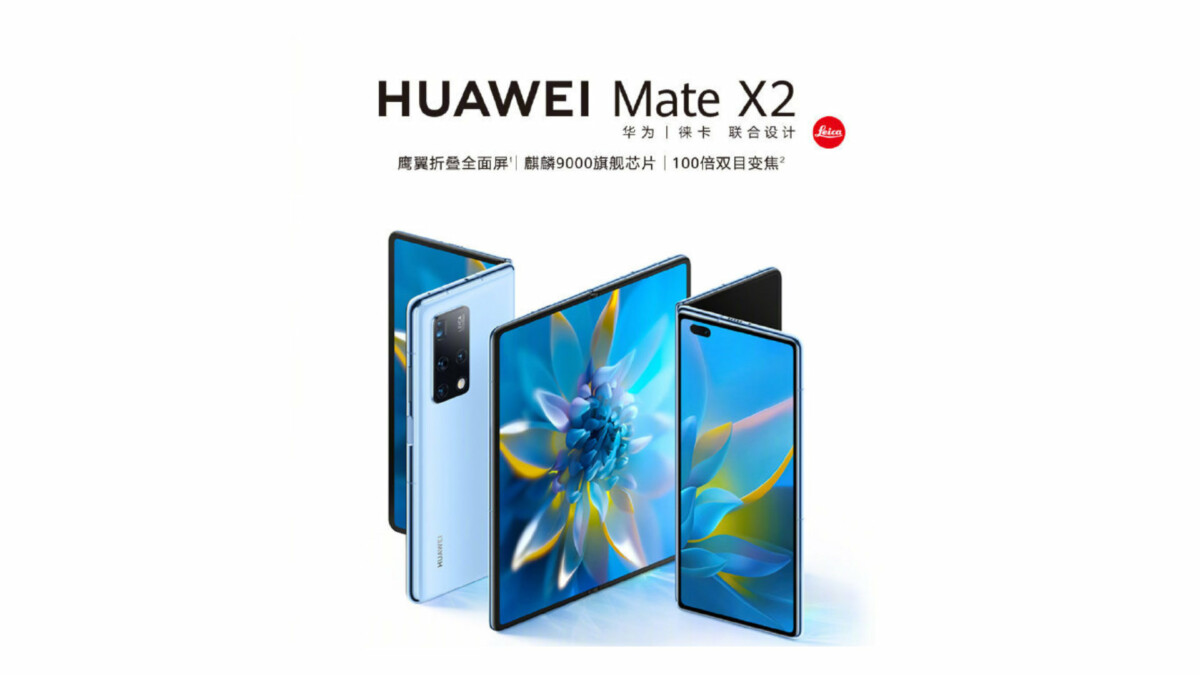 The Huawei Mate X2 made official in China // Gamesdone: Huawei

Just before the presentation, famous leaker Evan Blass had posted on his Voice account official images of the Huawei Mate X2 to already have a good first glimpse of what the phone has in store. And the first surprise: the smartphone has screens on either side of its chassis. It thus takes in a very inspired way the design of Samsung’s Galaxy Z Fold 2.

Two screens are better than one

This third generation of the Huawei concept retains its very large screen capable of folding in two. But this time, it will be inward and no longer outward. A differentiating choice which however left the entire back of the device unused. The Shenzhen firm has chosen to equip its smartphone with a very large screen almost borderless on one of the outer sides and to position the camera on the other.

The two screens of the Huawei Mate X2 // Gamesdone: Huawei

There is also a large punch at the top left of the small screen on the front. This houses two sensors (wide-angle and ultra-wide-angle). On the back, the vertical domino camera from the P40 series was preferred. We find here a main sensor of 50 megapixels with the RJJB house filter and an optical x3 zoom of 8 megapixels with which we can push up to a digital x100 magnification. There’s also a 12-megapixel ultra-wide-angle and a macro sensor.

The Huawei Mate X2 presented by its manufacturer // Gamesdone: Huawei

To make it all work, Huawei has integrated a Kirin 9000 – which offers compatibility with 5G – and a 4500 mAh battery that recharges quickly thanks to a 55 W block.

Beyond that, the Huawei Mate X2 obviously does not escape the American embargo and therefore relies on the in-house ecosystem: Huawei Mobile Services (HMS).