After the Signature OLED TV R, which introduced the concept of a rollable OLED TV to the market at great expense, LG is now relying on transparent OLED for the bedroom for CES 2021 … but not only. 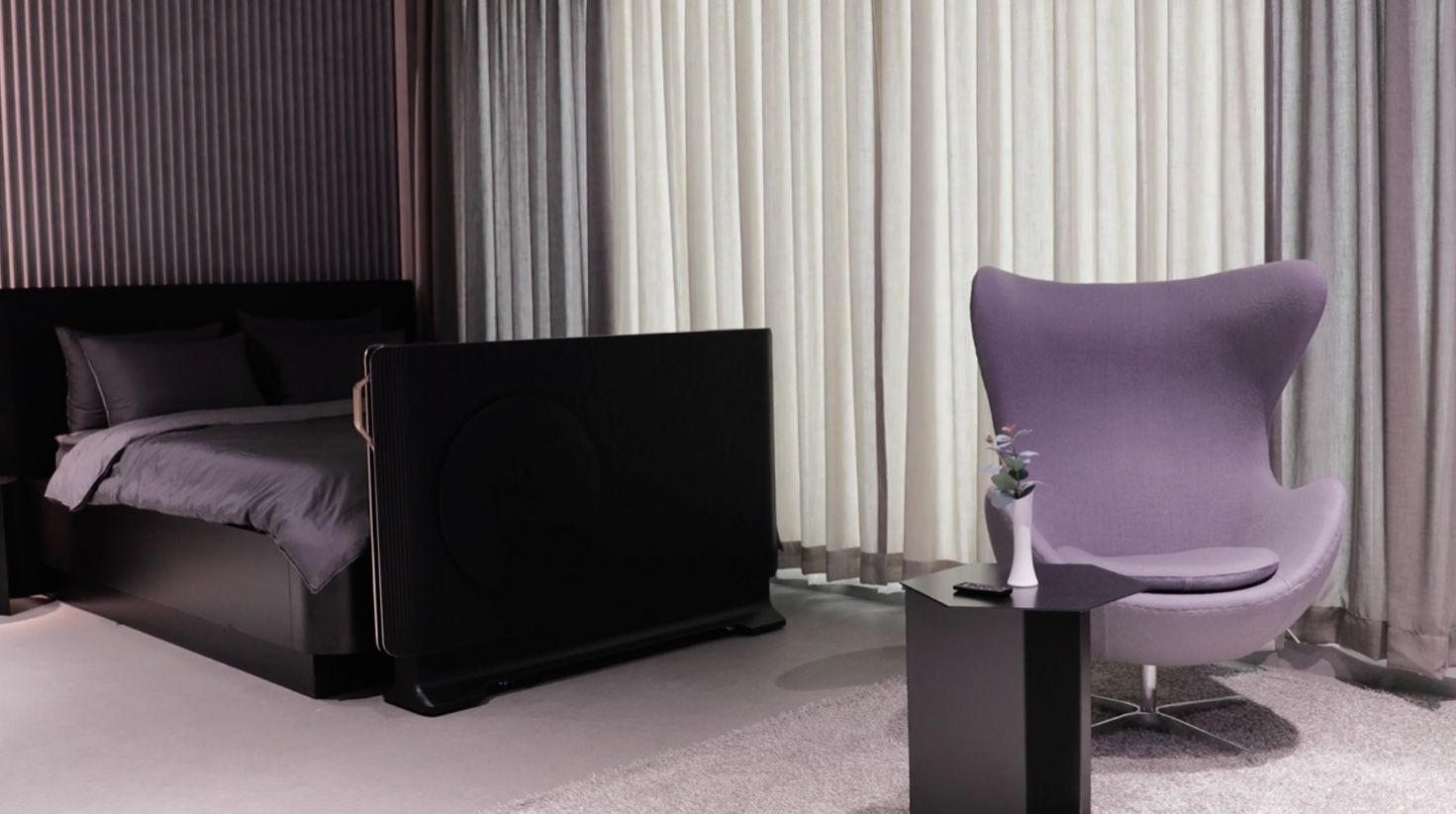 We do not stop progress and from a technological point of view, LG takes the expression literally. The Korean giant is continuing its experiments with OLED and unveils a transparent OLED TV at CES 2021. Designed to be placed at the end of the bed, this 55-inch TV largely incorporates the concept of the Signature OLED TV R (marketed at the end of 2020 at 74,000 euros HT), but with the added bonus of a transparent panel for applications different.

As The Verge points out, this is not the first time that LG has presented a translucent screen, but the first panels unveiled were limited to LCD technology and 10% transparency. We are here on OLED, with a transparency estimated at 40% by LG.

A screen that can be viewed from the front or back

For its presentation at CES 2021, LG imagines its screen at the end of the bed in a bedroom. As with the Signature OLED TV R, it is possible to deploy only part of the screen outside its docking station to display only some information when waking up, for example. LG says it is still possible to move the TV to another room. The use suggested at CES is therefore not compulsory.

The particularity of this OLED screen is twofold: it can be viewed from the front as well as from the back and has an audio system integrated directly into the screen. LG thus evokes a ” Sound Solution technology ” who is “integrated into the frameAround the panel, but the brand does not give more details on its operating principle. In any case, LG does not use its technologyCinematic Sound OLED (CSO) , which leaves the door open to speculation on the device used.

Note that for now, this television is only at the prototype stage, with no market entry procedures. It is, however, the first transparent OLED television specially designed by LG for home use.

The brand strongly believes in the principle of transparent OLED screen, as much for individuals as for public spaces. The concept of this television could thus be used practically as it is in restaurants or in public transport to display information that can be consulted on either side of the panel.

« Transparent OLED is a technology that maximizes the benefits of OLED and can be used in different places of our daily life, in stores, malls and interiors, but also in autonomous vehicles, subway trains or planes “, Explains Jong-sun Park, Senior Vice President of LG Display in a press release. “[L’OLED transparent] will become a next generation display that can change the existing display paradigm».

Recall that in 2015 and 2016, respectively, Samsung and Panasonic also unveiled similar transparent screens, based on OLED and Micro-LED technologies.