The latest generation of Nest Wifi is much more efficient than its predecessor, Google Wifi. The router is currently available at 119 euros instead of 159 and the pack that includes the additional access point is displayed at 199 euros instead of 259. 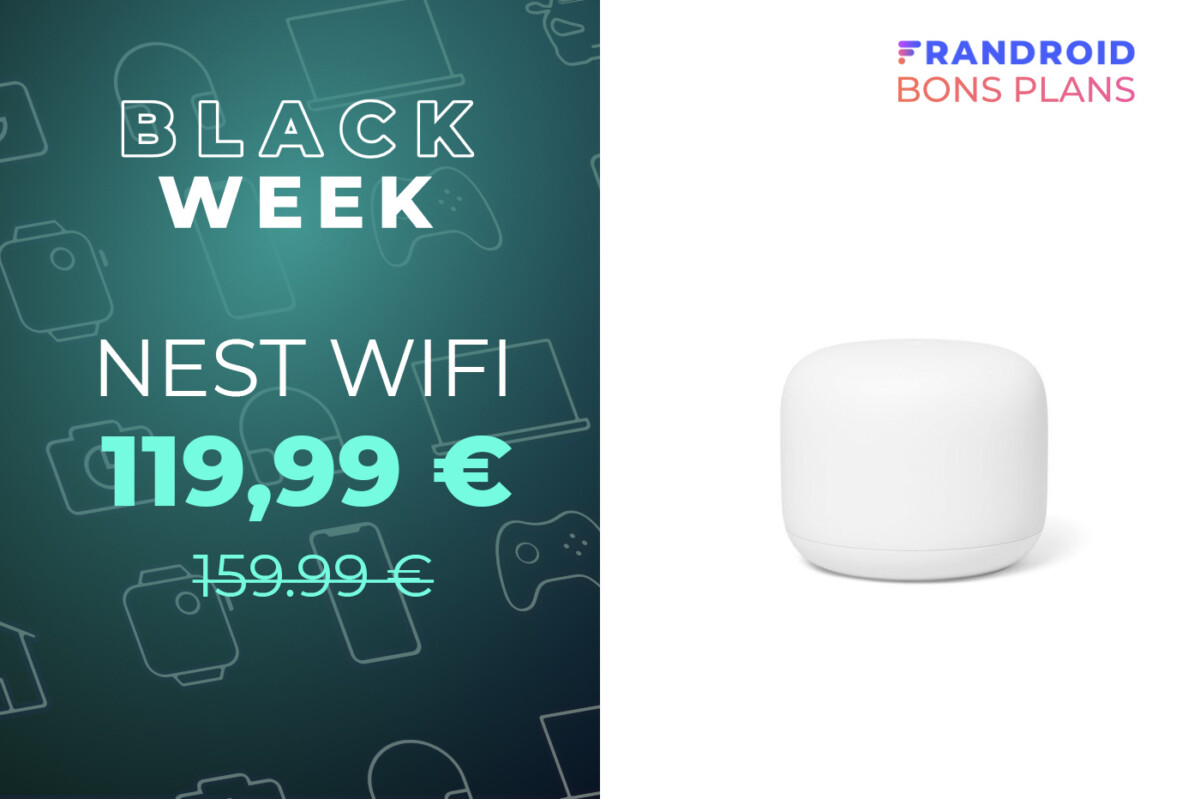 Nest Wifi is Google’s network solution. A cute little object that wants to be the master of your wireless network traffic. Its careful design only underlines its desire to be a mainstream product. He is now at -25%, this is new!

Do you need a powerful Wi-Fi solution that is easy to implement and if possible have to deal with an ugly product? So you may be very interested in the Nest Wifi currently available on promotion on Fnac and going from 159.99 euros at only 119.99 euros.

It seems that Google has finally really integrated the concept of design into its products. Indeed, who would think of a Wi-Fi router when looking at this product. It also looks more like a speaker and this is not without reason. Indeed, the access point of Nest Wifi integrates a speaker and a microphone to work with Google Assistant. It is not the enclosure of the century, but it knows how to be correct. New voice interactions appear like knowing your network speed.

On the network side, we have a router equipped with WiFi 5 and which on paper offers a coverage of 120 m² and a maximum speed of 2.2 Gbit / s. In the field, it’s a little different and if the network coverage is close to that advertised, the speeds are much less. They remain very correct and benefit from excellent signal stability.

The product is poor in connectivity with two Ethernet ports, one dedicated to the Internet and the other for a network device from the game console to an Android TV box. It is little and this is in addition to the absence of Wi-Fi 6 for example. It is not therefore the best of the moment, but it makes up for it by its look and especially an extremely simple handling via the dedicated application. Finally, if you need to extend the range of your Wi-Fi, just add an access point with the identical design.