Since the 2021 Tesla Model S were spotted on trucks transporting them to owners, it was only a matter of time before the interior could be seen in more detail. An indiscretion on Reddit reveals photos of the interface and the car in operation. 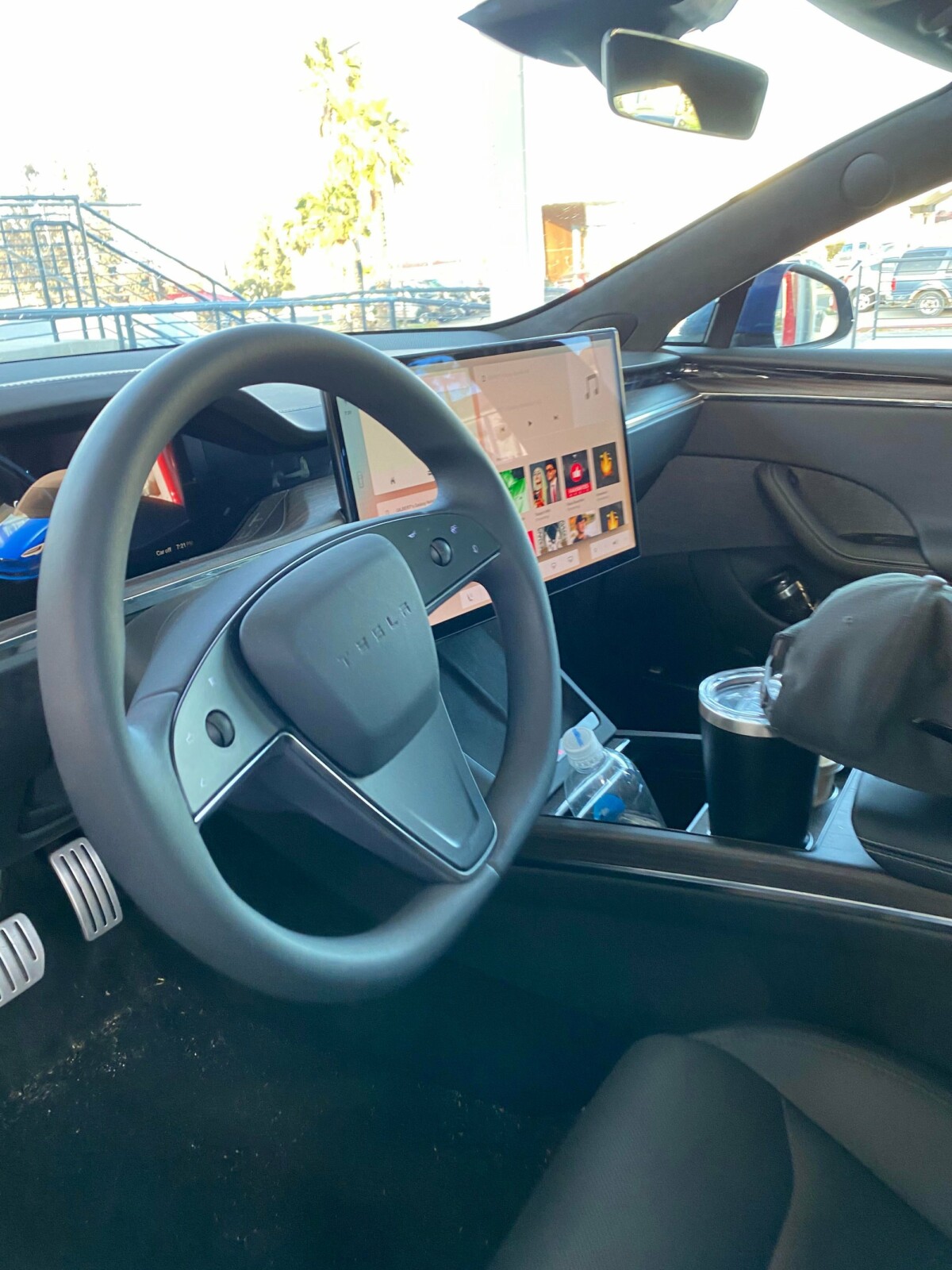 We told you about it last week, the deliveries of the first Tesla Model S 2021 in the USA seemed imminent. Two vehicles driven by the brand’s technicians were spotted by a member of the Tesla community on Reddit, which could be examined in detail and photographed for the first time with the new GUI visible.

Exclusive details on the new interface

If photos of the interior of the new Model S have been circulating for some time, this is the first time that we can see the car “in motion”, and thus examine the new interface that the first owners will discover. 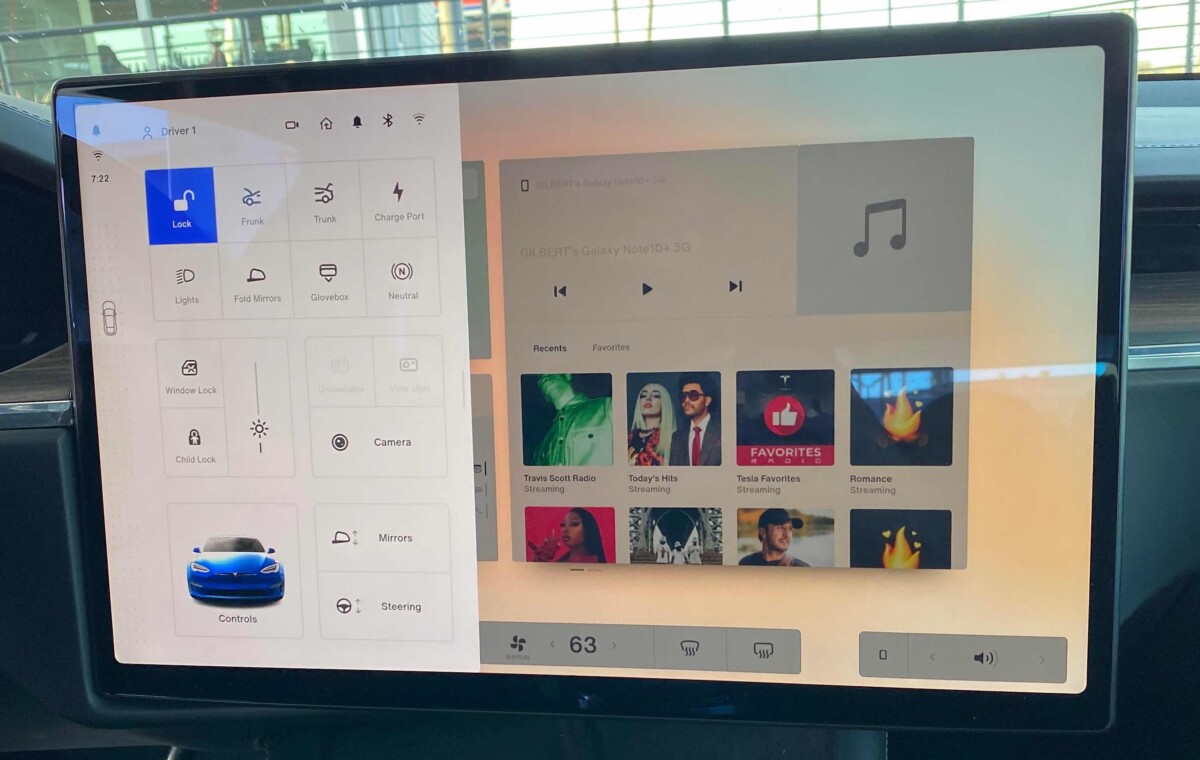 The horizontal screen, inherited from the Tesla Model 3 and Model Y presents which will undoubtedly be version 11 of the software embedded by Tesla, expected in the course of the year 2021. On the left side are visible the quick controls of the vehicle, while on the right we guess the music player. 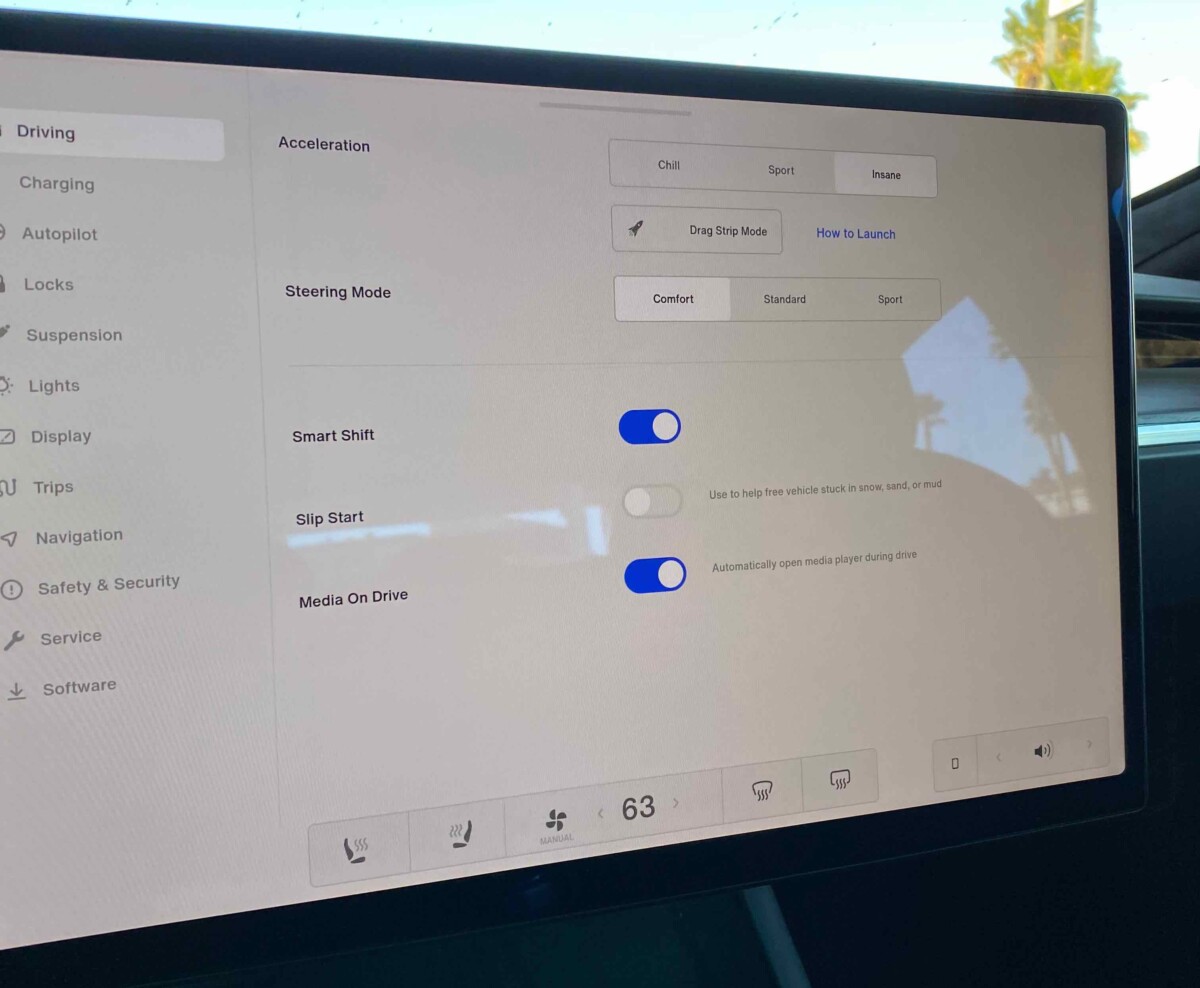 On the image above, we can see the button that has caused quite a bit of ink: “Smart Shift”. Elon Musk had announced it on Twitter at the time when the new Model S were unveiled, the vehicle will not have a control unit to choose whether to go forward or reverse, but instead the entire The car’s sensors and cameras will guess which direction the driver wants to go. 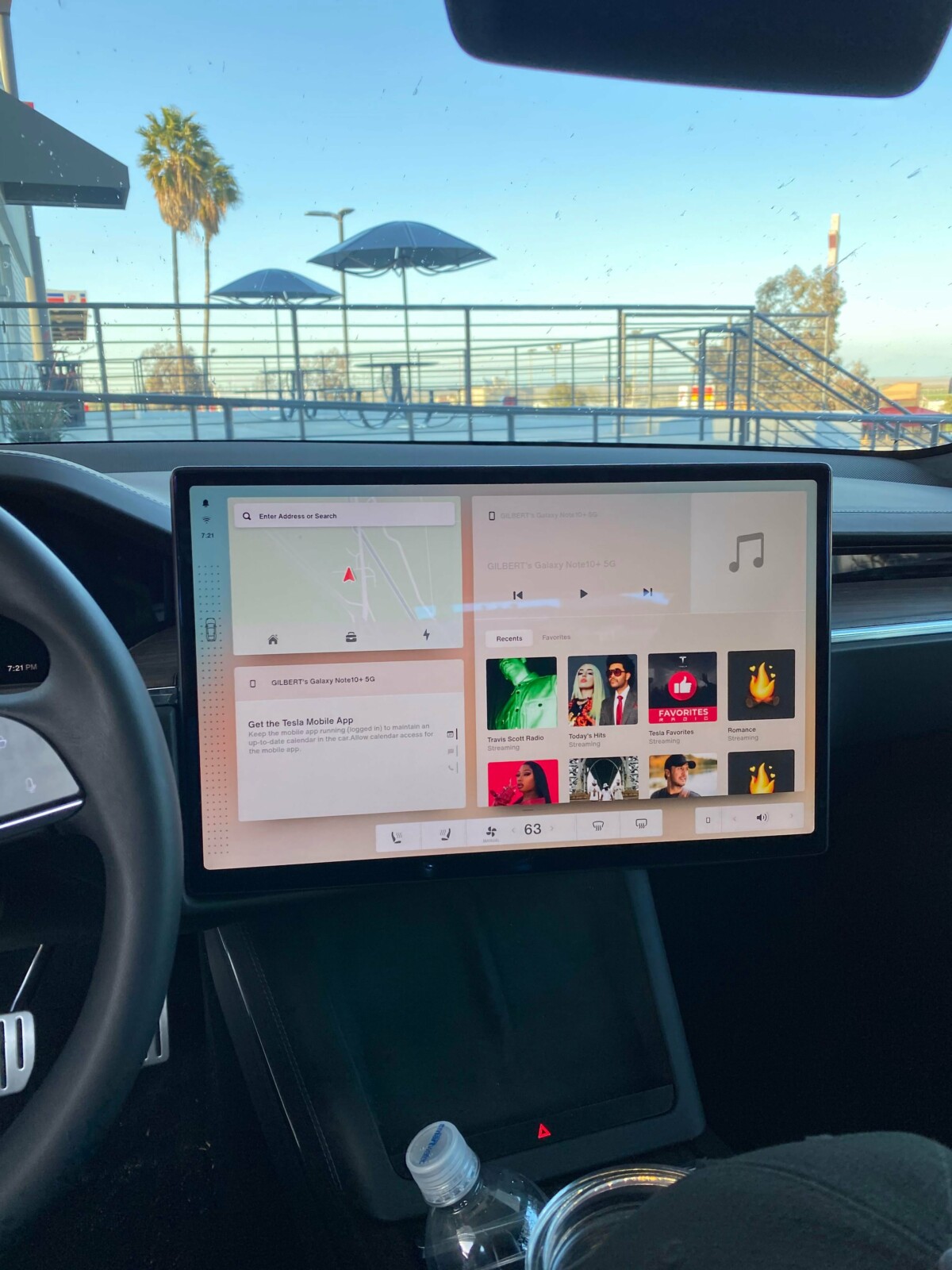 Of course, this will be deactivatable, as seen on the screen, however we are not yet sure how the driver will be able to manually choose his direction. The different modes of acceleration visible tell us that the model in question is a Plaid version, expected in the fall in Europe, posting 618 kilometers of WLTP range, a top speed of 322 km / h and a 0 to 100 km / h shot in 2.1 seconds.

No steering wheel yoke for this time

As you will have noticed in these photos, the steering wheel is indeed round. Expected at the turn with its new rectangular yoke, the 2021 Model S visible for the moment seem for the most part to have kept a more traditional steering wheel. 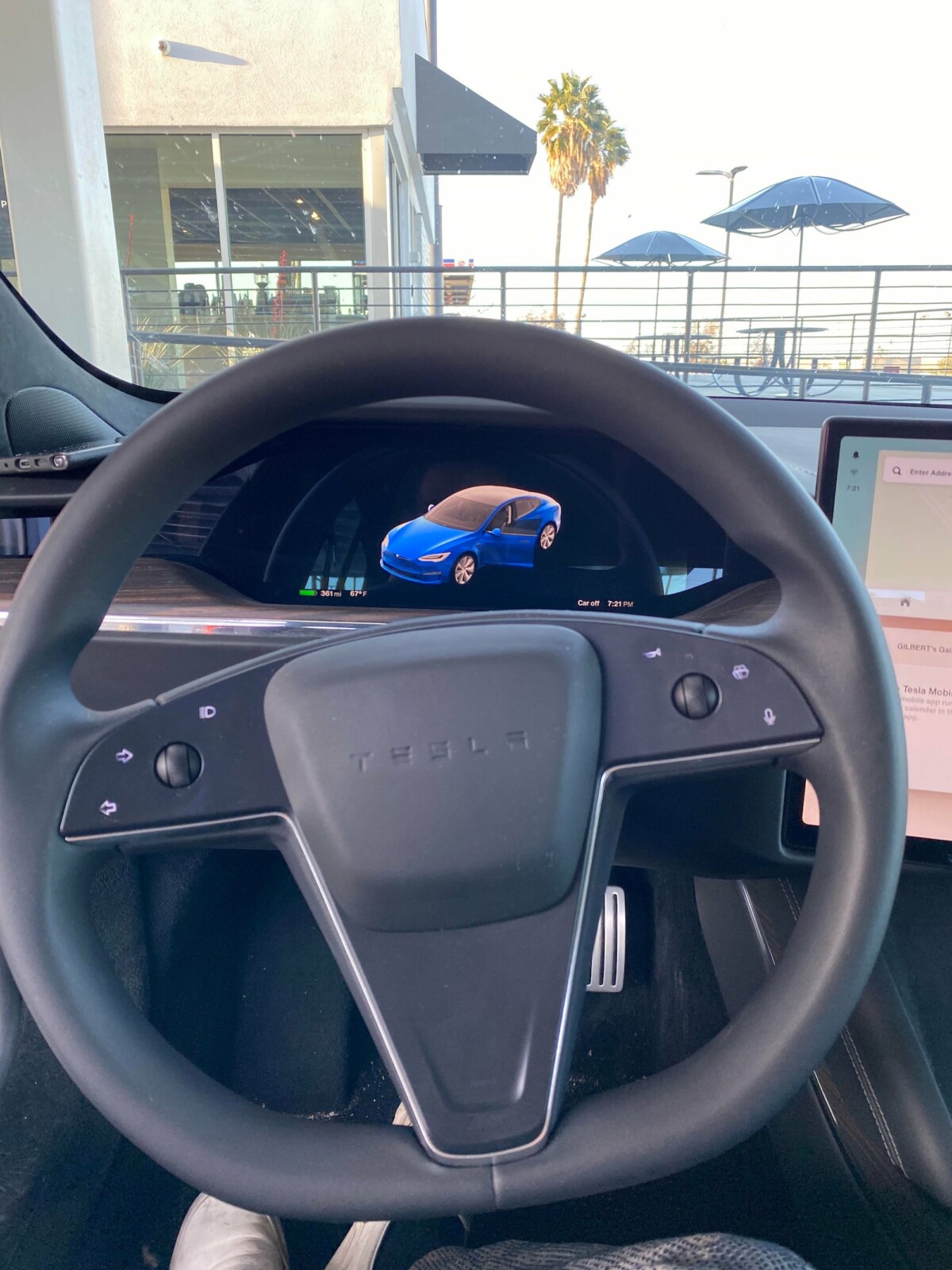 We still do not know if the first buyers will have the choice of the steering wheel on delivery, however on their order form it was clearly specified “Yoke wheel”. The first elements of an answer seem imminent, Tesla wishing more than ever to deliver these 2021 Model S before next month.

As at the end of each quarter for Tesla, it is necessary to sell as many vehicles and options as possible, to ensure good performance on the stock market. The strategy of the day? Activate the “Improved Autopilot” option for 2 weeks, …
Read more