In an FCC publication, the Xiaomi Mi Watch Lite in preparation timidly shows its square design and some of its features.

It is a bit complicated to navigate the catalog of connected watches marketed under the name Xiaomi. Indeed, the Chinese brand formalized a knockout in 2019 in a square format which was soberly called Xiaomi Mi Watch. However, several months later, in 2020, another Xiaomi Mi Watch was unveiled and this one is round.

But the manufacturer does not stop there and is already preparing a Xiaomi Mi Watch Lite. Indeed, this model has come under the scrutiny of the FCC, the American regulator responsible for certifying telecommunications products intended for sale. The opportunity to take a quick look at its design and some of its features.

A square format and a screen of 1.41 inches

One of the FCC documents clearly shows a rendering of the connected watch accompanied by several mentions “Xiaomi Mi Watch Lite”, as can be seen on the image on the front page of this article. We see a square dial rather reminiscent of the design of the 2019 model.

Still on this same document – which is dedicated to the certification of the product packaging – we can also see some key characteristics highlighted in several languages, including French. 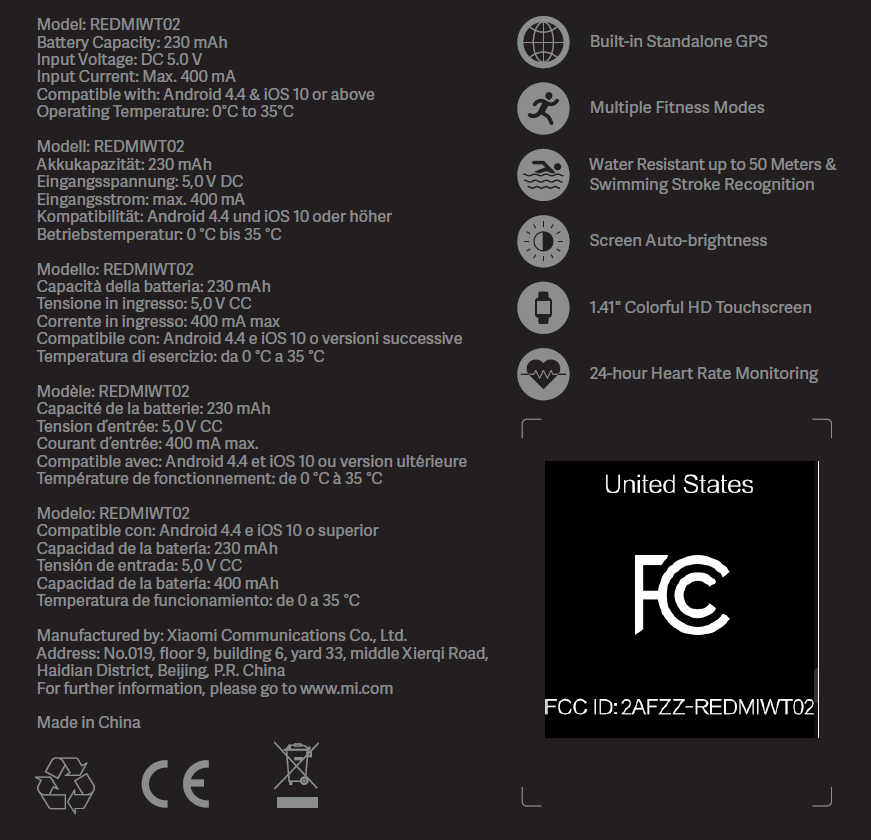 The characteristics of the Xiaomi Mi Watch Lite // Gamesdone: FCC

It is thus possible to read that the model number is “REDMIWT02” and that the battery benefits from a capacity of 230 mAh. Even more interesting, on the left column (in English), we learn that the touch screen has a diagonal of 1.41 inches and that the watch is water resistant with immersion up to 50 meters.

The Xiaomi Mi Watch Lite also has a GPS and can recognize several types of sports activities. It remains to be seen when this connected watch will be officially announced and marketed.