Smaller and less powerful than the Xbox Series X, the Xbox Series S seems to struggle to stand out when launching the new consoles. What if in fact it was simply aimed at those who love video games before technique? 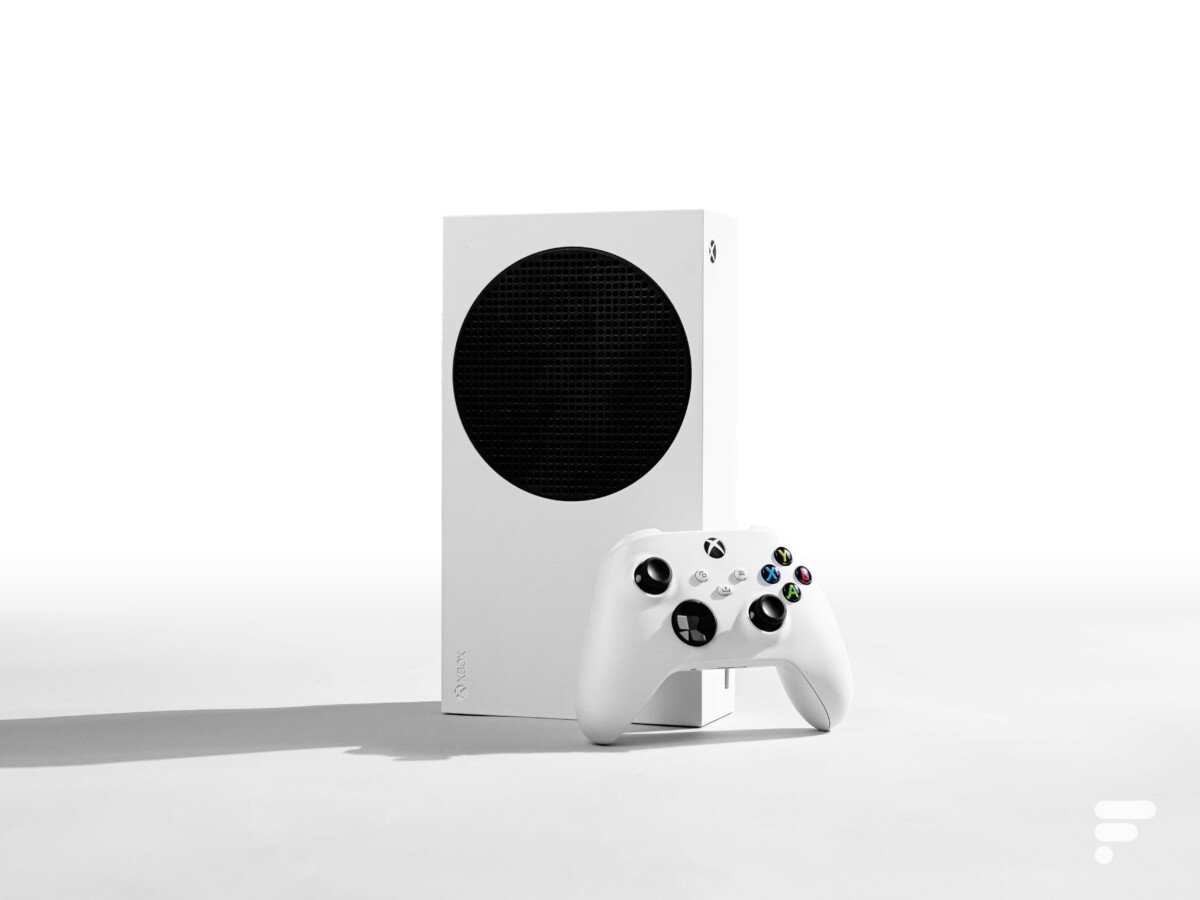 Already available at Micromania, the Xbox Series S approaches this new generation from a different angle than the Xbox Series X. Offered at 299.99 euros (or 24.99 euros per month with Xbox All Access), the Series S is a perfect entry point for this ninth generation of consoles and new games without breaking the bank.

Less powerful, but just as capable

Once is not custom, it is Microsoft who opened the ball for this ninth generation of consoles with not one, but two consoles. The Xbox Series X on the one hand, which offers all the technology (4K, Ray Tracing) and the necessary power (no less than 12 teraflops on the counter), to enjoy the latest games as they were intended. Finally … as long as you have the right television set, which is far from being the case for everyone.

The Xbox Series S, for its part, takes a different approach, which is mainly aimed at those who just want to play, enjoy titles that will land in the years to come, and that don’t care about 4K other technological prowess. Does that mean that the gaming experience will be less good? Absolutely not, because the Xbox Series S shares a lot of features with its big sister, and has some serious arguments to make. 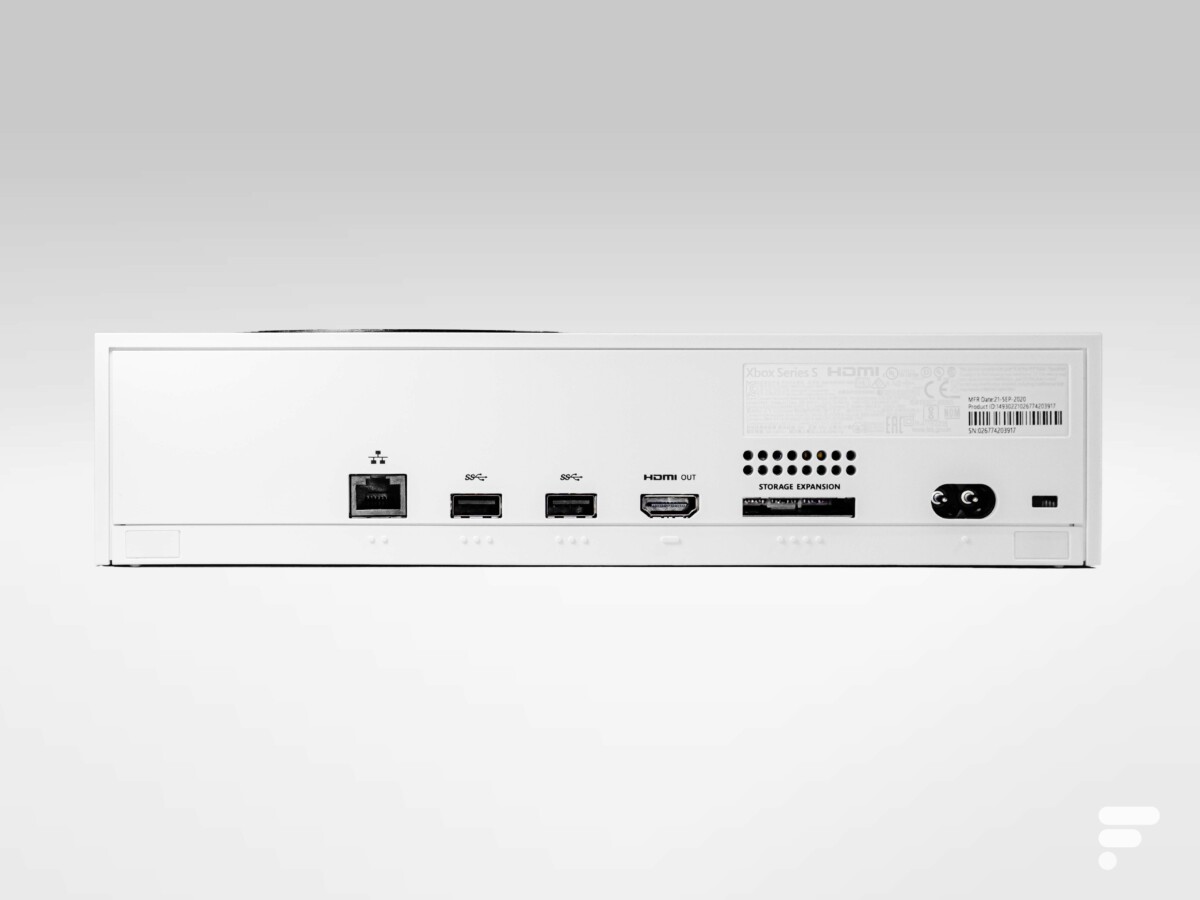 On the hardware side, and despite some concessions compared to the Series X, this Series S is still capable of running all upcoming games at 1440p up to 120 fps. Ray Tracing (to improve the quality of lighting) and Variable Rate Shading (which manages shadows) will also be there to offer a new generation visual experience that does not have to be ashamed. Many next-gen games will also land with the “Optimized for Series S” label which ensures that players will always benefit from the version most optimized for the performance of their console.

The Xbox Series S also ships a 512 GB SSD coupled with Microsoft’s Velocity Architecture technology which helps limit loading times, reduce latency and increase fluidity to provide a fast and smooth gaming experience. It also allows the console to take advantage of the Quick Resume, a feature that allows you to switch between multiple games on the fly with a snap of your fingers. 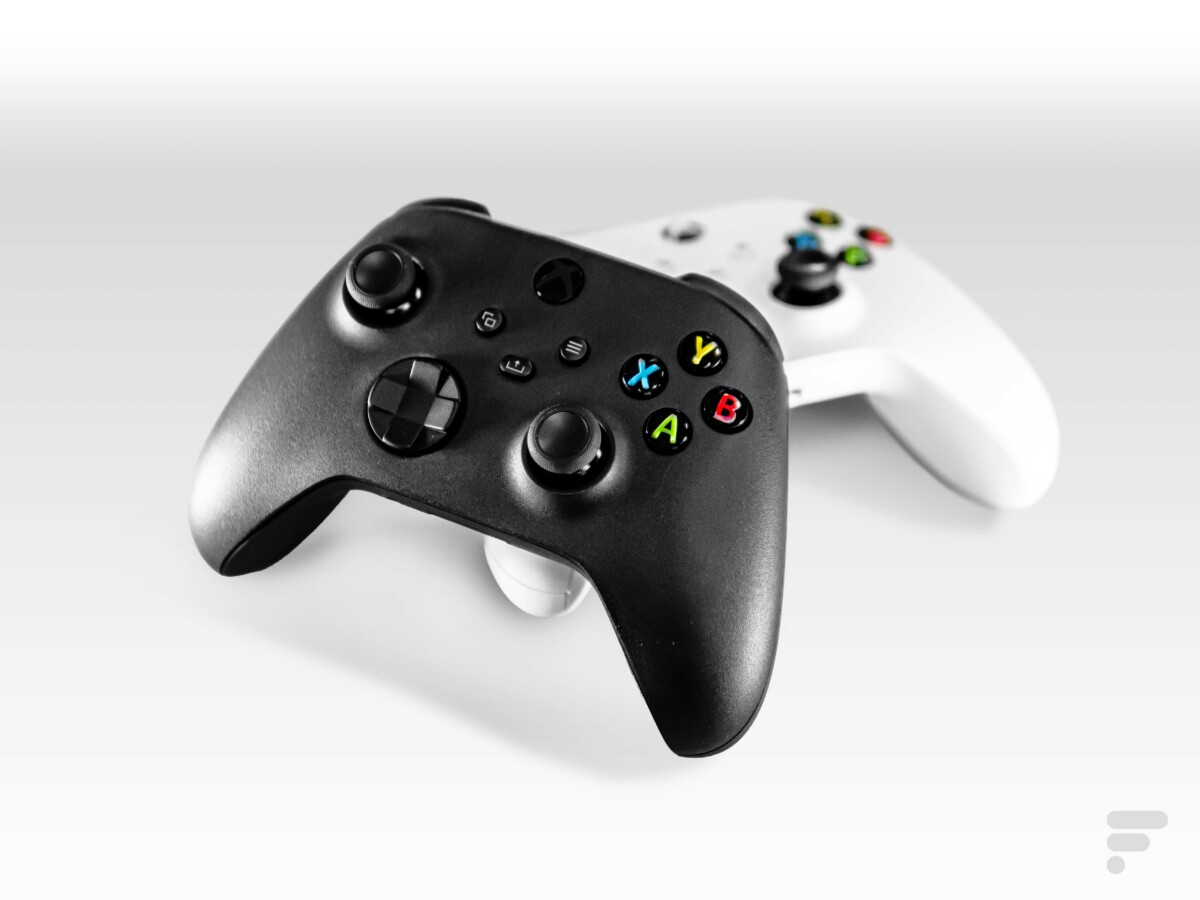 Lastly, to add to nothing, the S Series comes with the Xbox Wireless Controller – the same as the Xbox Series X, which is arguably the best controller on the market today.

All the games of the new generation already available

Choosing the Xbox Series S also means ensuring easy access to the entire catalog of upcoming Xbox games… But also past. No need to make a choice since the console can run strictly the same titles as the Series X.

The S Series also benefits from the Smart Delivery program. The principle is simple: all the games that benefit from Smart Delivery can be used on any model of Xbox, from the Xbox One. What to enjoy without restraint titles like: 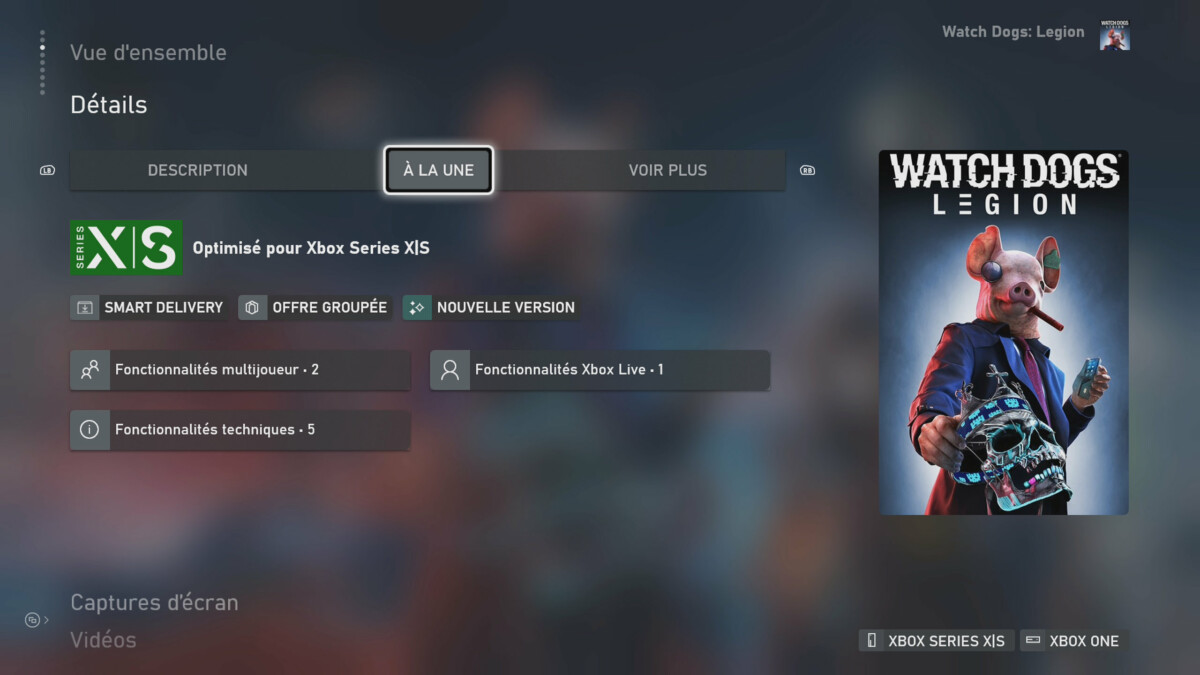 The interface of the Xbox Series S allows you to know what optimizations and programs benefit from the games purchased.

The console can also count on a whole catalog of games that have made the history of the Xbox brand. Thousands of titles from the Xbox, Xbox 360 and Xbox One game libraries have been optimized for the S Series. Reduced load times, higher refresh rates and higher resolution in short, enough to rediscover a plethora of classics under ideal conditions. Among the titles available:

The Game Pass, the assurance of having something to play on your Xbox Series S

But one of the S Series’ biggest assets is undoubtedly its access to the famous Microsoft Game Pass. As a reminder, this service from Microsoft allows against a monthly subscription of 9.99 euros, to access more than 100 games at no additional cost.

This collection, which is constantly growing, not only allows you to find titles that have made the history of the console, but also more recent games. See very recent even, since this subscription allows access to Xbox Game Studio games on the day of their release. Enough to discover without restriction a host of titles, including independent ones:

Beyond its hardware and software arguments, the Xbox Series S has one last major point that works in its favor: that of the price. Where the Series X requires a large investment since it is necessary to pay 499.99 euros for the console and to have a 4K screen to be able to take full advantage of its capacities, the Series S offers a much more affordable offer, at 299.99 euros.

By skipping 4K and removing the disk drive, Microsoft is able to offer its console at 299.99 euros. An extremely reasonable sum for a new console which makes this machine an ideal entry point to enjoy this new generation of games, without compromising on the quality of the service offered. 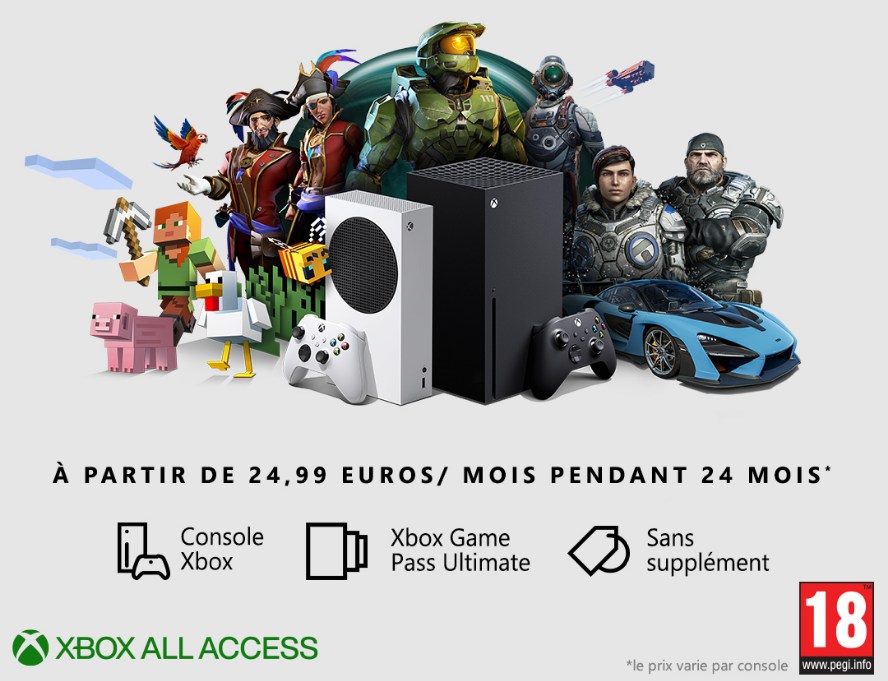 Xbox All Access allows you to leave with an Xbox Series S with Game Pass Ultimate from the first payment of 24.99 euros. A new subscription that includes a 24-month commitment.

Microsoft is going even further by offering a new way of approaching the purchase of its console with Xbox All Access. For 24.99 euros per month for 24 months, this formula allows you to obtain an Xbox Series S, its controller, and a subscription to Xbox Gamepass Ultimate. At the end of the 24 months, it is possible to keep the console and to renew or not the Gamepass subscription to continue to enjoy the games it contains.

A real revolution, this subscription avoids paying 300 euros at once, while offering a large library of games upon receipt of the console. A weighty argument that should allow as many people as possible to take the next gen step.