As you know, Apple ditched Intel. In a few months, all Macs will be equipped with an ARM chip. Intel decided to counter-square. Instead of designing low-power chips more powerful than the Apple M1, the American founder preferred to launch a series of TV spots to make fun of Apple. 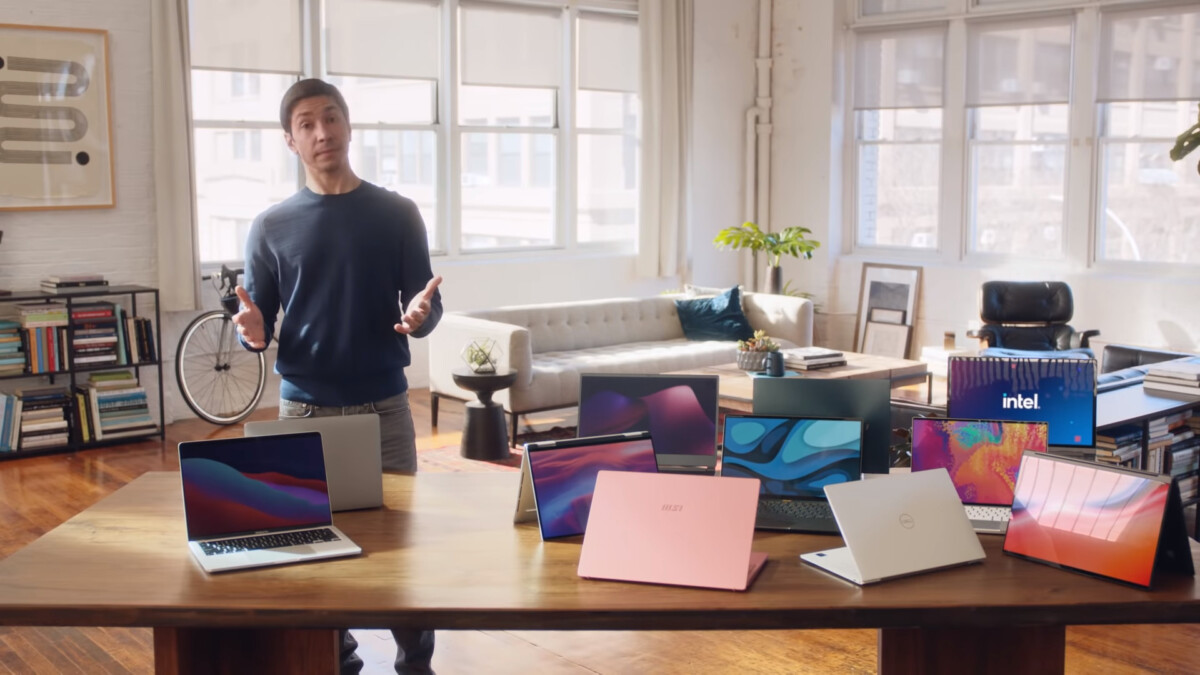 In 2006, Apple launched a major communication campaign entitled Get A Mac. For three years, these TV spots were broadcast in many countries around the world. They always opened against an all-white minimalist background, and a man dressed in casual clothes introduced himself as an Apple Macintosh computer (Hello, I’m a Mac), while a man in a more formal suit and tie stood. presented as a Microsoft Windows computer (“And I am a PC”).

The aim of this series of commercials was to associate PC users (especially Windows users) with the cliché of the “unpopular geek”, while portraying Apple Mac users as young and creative.

Intel gets one of the players in the Apple spot

We are in 2021 and Intel has just launched a communication campaign with Justin Long, the actor who played the Macintosh more than 10 years ago.

This time, it is the MacBook Pro M1 and the MacBook Air M1 which are targeted by Intel, the American brand has had a series of 5 spots in which all the tributes of current PCs are highlighted: the important choice , more versatile use, touch screen, tablet format… We can see some recent models under Windows 10 including the Asus ZenBook Duo 14 with its two screens. One of the spots highlights the PC as a gaming machine, illustrated with the MSI Gaming Stealth 15M, while explaining that “no one plays on a Mac”.

Huawei had done almost the same

This is not the first time that Justin Long has appeared in advertising campaigns for one of Apple’s competitors. In 2017, the actor starred in a series of Huawei commercials promoting the Mate 9 smartphone.