In the midst of its rise in the wireless industry, Wi-Fi 6E is making its first appearance at Intel through the M.2 AX210 chip. The latter only concerns China, but could quickly be introduced in other markets. 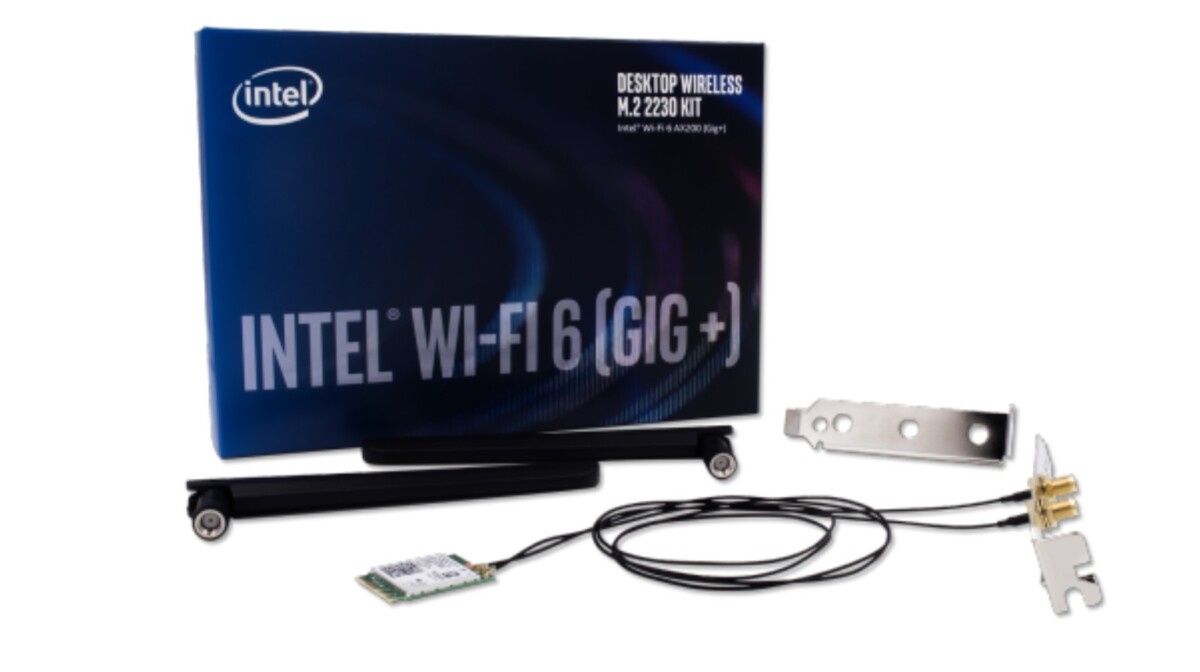 As Wi-Fi 6 becomes more and more mainstream, Intel is embracing the latest technology ratified by the Wi-Fi Alliance last January: Wi-Fi 6E. The main feature of this new standard is that it operates on the 6 GHz band to offer both reduced latency and better speeds. Intel begins to exploit it with a first M.2 chip. Called AX210, this module therefore natively supports Wi-Fi 6E while being based on the IEEE 802.11ax standard. Support for Wi-Fi 802.11 ac (Wi-Fi 5) remains of course assured.

Note that for the time being, Intel has not yet provided specific details on the terms of sale of its first Wi-Fi 6E module. We just learn from GizmoChina that it is currently reserved for the Chinese market. Other regions should nevertheless be affected fairly quickly by this product.

A chip compatible with laptops and desktops

Thanks to its M.2 2230 format, the Intel AX210 can be added to a desktop PC motherboard, but also to laptops. It should therefore contribute to the rise of Wi-Fi 6E on professional and consumer machines, first in China and potentially rapidly in the United States. In Europe, it could take (a little) longer.

Indeed, the ANFR only gave the green light in September 2019 for the harmonization of the 6 GHz band for Wi-Fi technologies. Until now, the 6 GHz band promised by the Wi-Fi Fi 6E was reserved in our regions for “microwave links, fixed satellite service and radio astronomy “, Recalled the Agency, and she was”adjacent to the strip of intelligent road transport systems (Road ITS) and rail signaling for urban and commuter trains (CBTC) ».

« The opening of the 6 GHz band to WiFi is therefore only possible on condition that these uses are protected ”, could we thus read the ANFR post,which then evoked a possible start of a decision in June.

We finally learned at the end of October that the specialized bodies of the EU have meanwhile studied a first draft regulation on 6 GHz Wi-Fi, which could therefore begin to materialize little by little on the Old Continent from the beginning of 2021.