It is finally confirmed, Intel confronts Nvidia and AMD in the field of mobile and dedicated graphics chips with the Iris Xe MAX, its first dedicated GPU in more than 20 years. A GPU with modest ambitions for now, but which could pave the way for great innovations in the near future. 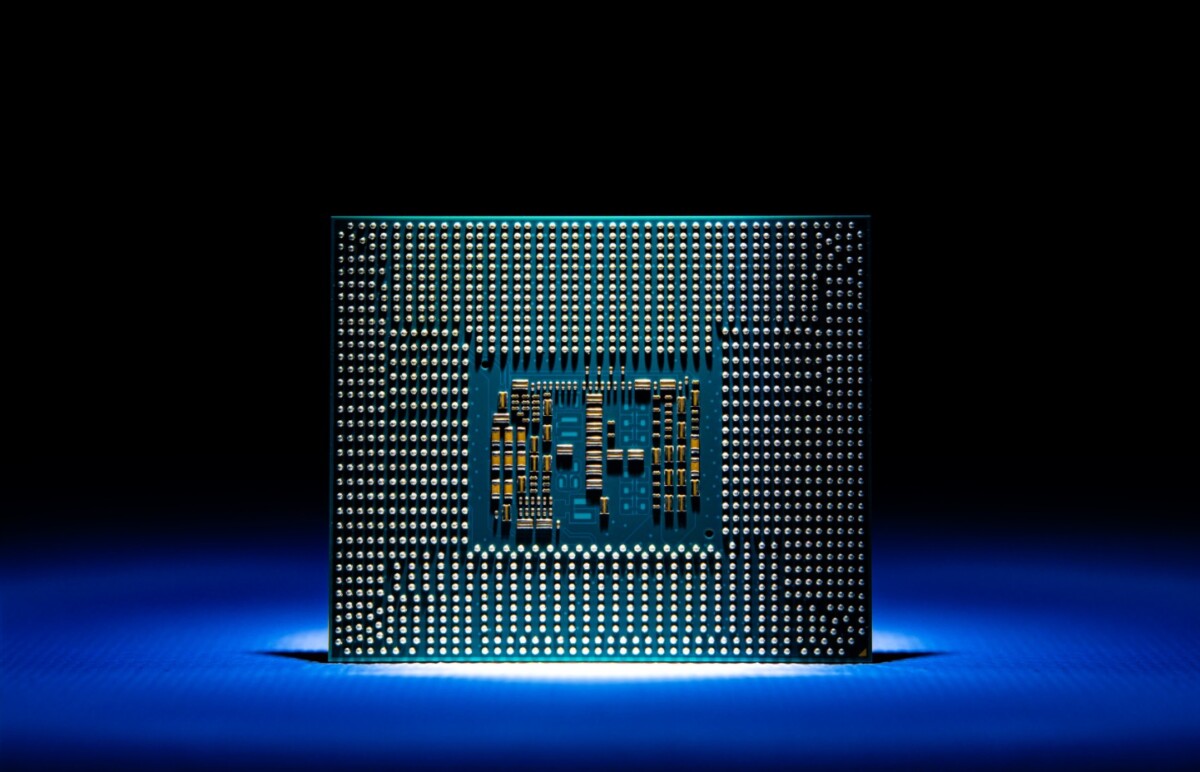 Distributed only to OEMs, the Iris Xe MAX is the first result of Intel’s investments in the GPU sector for nearly three years. It is also and above all the first dedicated graphics chip launched by the brand in more than two decades, recalls AnandTech, which is engaged in an in-depth analysis of this novelty, available for the time being on three laptops in France: the Acer Swift 3x (which we recently featured on Frandroid), Asus VivoBook Flip TP470, and Dell Inspiron 15 7000 2-in-1.

The Iris Xe MAX arrives on the market almost a year after the presentation of the first drafts of Intel in terms of dedicated GPUs. It is primarily designed to complement the Xe-LP graphics part integrated in recent 11th generation Tiger Lake processors and is aimed at light creative and multimedia use on a laptop PC. It is in this that we must see this first attempt by Intel as a competitor chip of the Nvidia GeForce MX 450, for example.

The Iris Xe MAX is itself based on the Xe-LP architecture developed by Intel and seeks to give more power to the user using Deep Link technology, which combines in a common software iGPU / dGPU processing engines. However, this technology has its limits. Do not think you can use the combined power of the iGPU of a Tiger Lake chip and this Iris Xe MAX to boost, for example, the framerate of a game. This is one of the reasons why Intel does not position its dedicated chip as a solution designed for gaming.

More technically, Intel’s first dedicated GPU is practically a technological clone of the Xe-LP iGPU integrated into the Tiger Lake chips. We find the 96 calculation units available on the graphics part of the Core i7-1165G7 and i7-1185G7, as well as the same two encoding blocks (the Iris Xe MAX supports in particular the decoding of H.264 formats, H.265 and AV1), or the same 128-bit memory controller. The whole is also engraved using the 10 nm SuperFin process, unveiled last September.

The Xe MAX chip nevertheless fares well thanks to higher frequencies than that available on the Xe-LP iGPUs of the Tiger Lake chips. Here we inherit a maximum of 1.65 GHz against 1.35 GHz at most on the graphics part of the Core i7-1185G7 (the most powerful of the range). On paper, this translates into a 22% advantage in computing power and rasterization.

Another advantage of the Xe MAX is its support for LPDDR4X memory. Coupled with the 4 GB of LPDDR4X at 4266 MHz that the first Intel partners (Acer, Asus and Dell) will dedicate to it, the chip and its 128-bit bus should be able to sport a memory bandwidth of 68 GB / s . A nice performance compared to other entry-level dGPUs for laptops, which are often limited to DDR or GDDR memory support, AnandTech explains. The Iris Xe MAX also does not need to share this bandwidth with other components – it is the only one using it, which maximizes its impact.

Intel can finally count on the PCIe 4.0 support of its chip and on the presence of a block dedicated to display on 4 screens in HDMI 2.0b and Display Port 1.4a with a maximum definition in 8K. It will take more to trip Nvidia and its mobile GeForce GTX or RTX, but Intel is catching up quickly and no longer hiding its ambitions in a GPU market too limited by the AMD / Nvidia duopoly.