Instagram’s algorithms will now identify Reels containing a TikTok logo and make them less visible. The platform hopes to encourage users to post original content instead of videos already shared on a competing network. 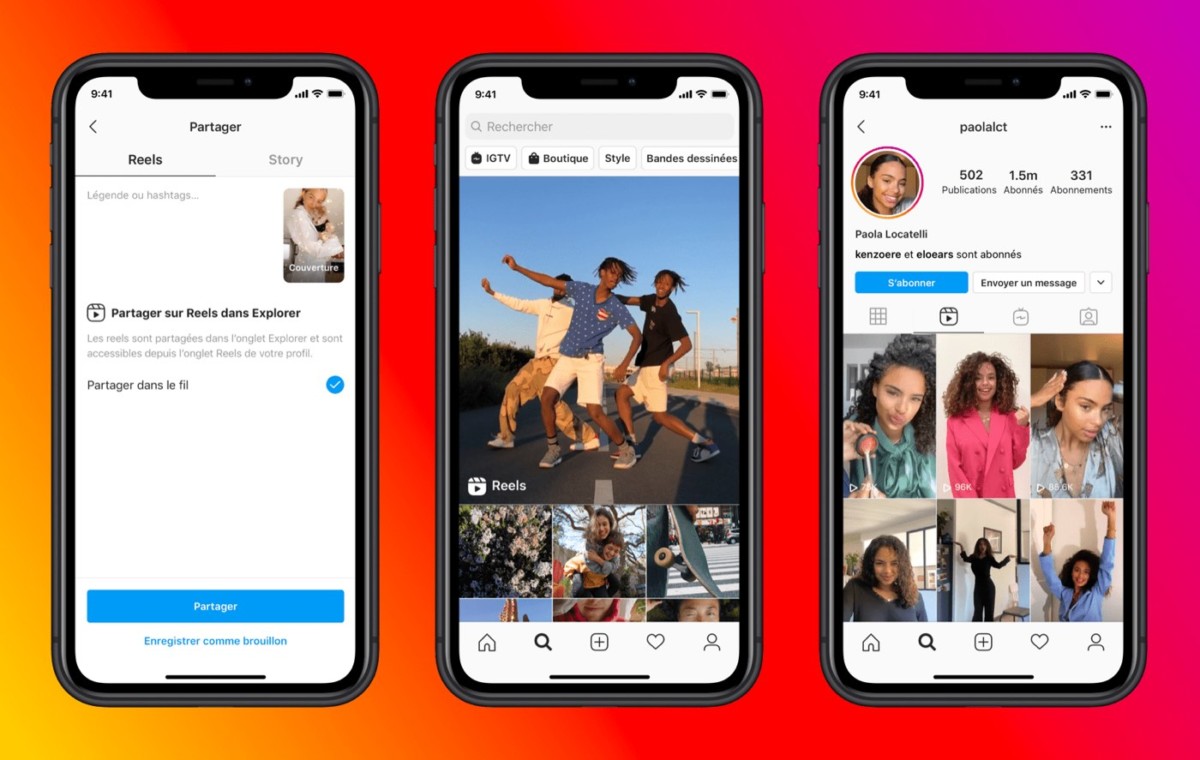 Establish your position with influencers and suggest a way to stand out. Instagram continues to innovate by offering new features to attract more and more content creators. Following the successful launch of Stories to compete with Snapchat, the platform more recently introduced reels, which consist of short 15-second videos, directly competing with TikTok. Compete yes, but not to repeat!

While this new feature seems to be successful, a lot of the reels are often re-shared TikTok videos. And that doesn’t do Instagram’s business. In an attempt to curb this practice, the platform has modified its recommendation algorithms. They are now able to detect a competitor’s logo and can therefore promote this content much less frequently.

In an attempt to differentiate itself and promote original quality content, Instagram tries to encourage creators to make some efforts: not to post low-resolution videos, to avoid borders or lengthy texts. The platform also warns that failure to comply with these practices would make the reels less visible in the suggestions, but still accessible to followers.

The changes are part of a new set of recommendations Instagram has posted on its dedicated content creator channel. She especially encourages them to post reels “Entertaining, inspiring and creative”.

To enrich the creations, the platform also recommends using the music library made available, which allows users to easily identify the title and the performer of a song, and thus make the experience more pleasant.