After Snapchat and Instagram, ephemeral videos and photos are arriving on a new platform: WhatsApp. Facebook’s messaging service, which had been hosting this feature for some time in beta, is now offering it on a large scale. 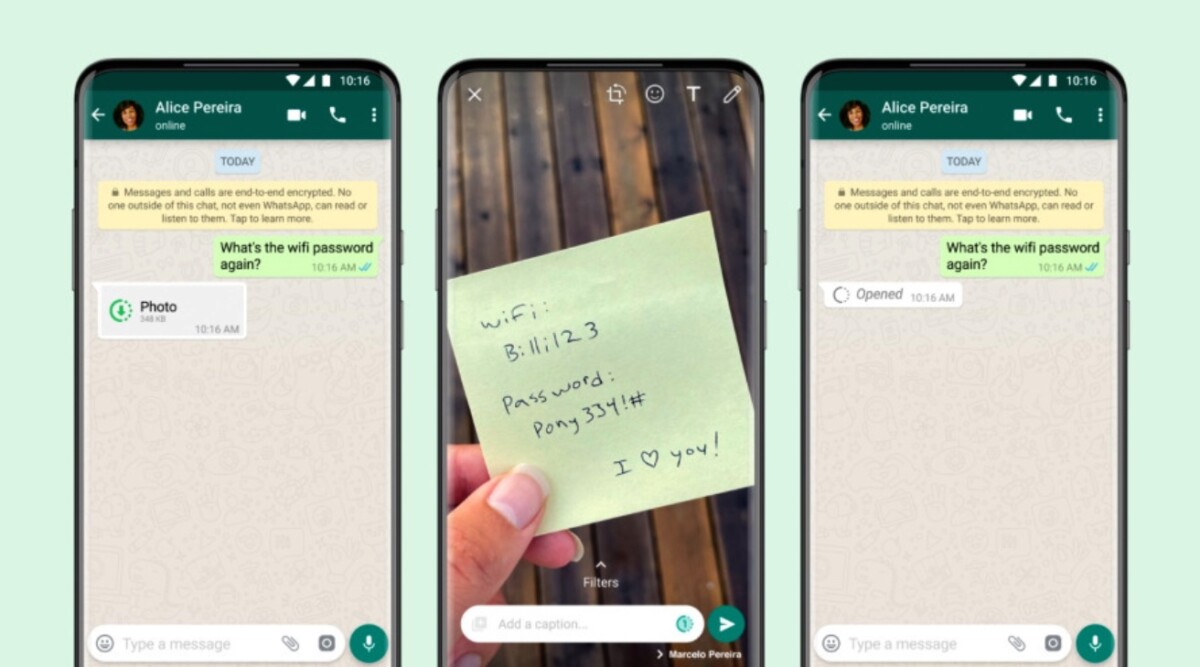 Do you like the ephemeral and especially the idea that your correspondent can only see the photo or video you send him once? Snapchat has got you covered. No, sorry, WhatsApp has got you covered. The messaging service owned by Facebook now offers a large-scale feature, called “View Once”, allowing photos and videos sent by message to be deleted automatically after a first viewing.

New on WhatsApp, this function is present on several other platforms and looks a lot like the one offered for years by Instagram, also owned by Facebook. Through this addition, it seems that Facebook is looking to standardize part of the experience between its two services.

A feature currently being deployed on WhatsApp

As Facebook reminds us, this feature is interesting to avoid cluttering your smartphone and that of your correspondents with content that will remain unnecessarily displayed in the chat. It can also be a good solution to share sensitive items like a Wi-Fi password more securely, for example. Facebook specifies in this regard that this feature works on an end-to-end encrypted basis, as for all messages sent on WhatsApp. Messages that can also now become temporary for a few weeks.

As for the ephemeral content themselves, they are clearly indicated in the chat, with a dedicated icon. Once the content has been viewed, an “open” statement will simply be displayed for greater clarity.

Available in beta to a small number of users for some time, this “View Once” feature is therefore arriving more widely on WhatsApp through a proper update (version 2.21.14.24). Currently being deployed, it is available on iOS and Android. Finally, note that you will need this update to send ephemeral photo and video content, but that it is possible to receive it without having the latest version of WhatsApp.