Xiaomi is recording good growth and increasing market shares in the smartphone sector in Europe, while the context is particularly difficult. 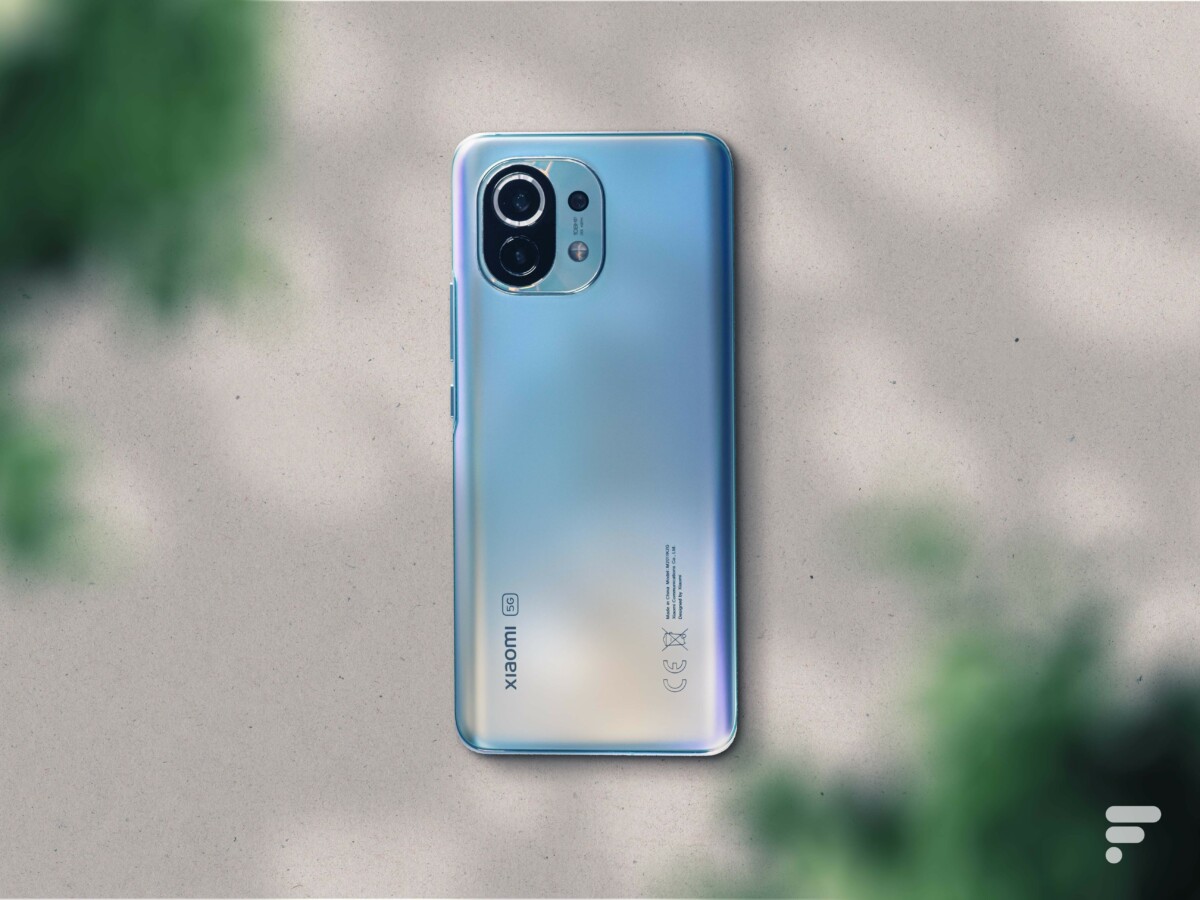 The health crisis of 2020 had very negative effects on the health of the smartphone market. However, despite this difficult context, Xiaomi recorded significant growth in France in the fourth quarter according to the Canalys firm, consolidating its number 3 position in France.

This trend is now being verified at the level of Europe. Another well-known analytics firm, Counterpoint Research, is releasing its observations for the fourth quarter of 2020.

A European market at half mast

The opportunity to learn that the smartphone sector on the European continent has fallen by 15% compared to the same period of the previous year.

However, despite this, Xiaomi – here also in third position – saw its sales rise to 9.1 million copies over the last three months of 2020, thus registering a growth of 85%. The Chinese brand thus goes from 8 to 17% of market share. 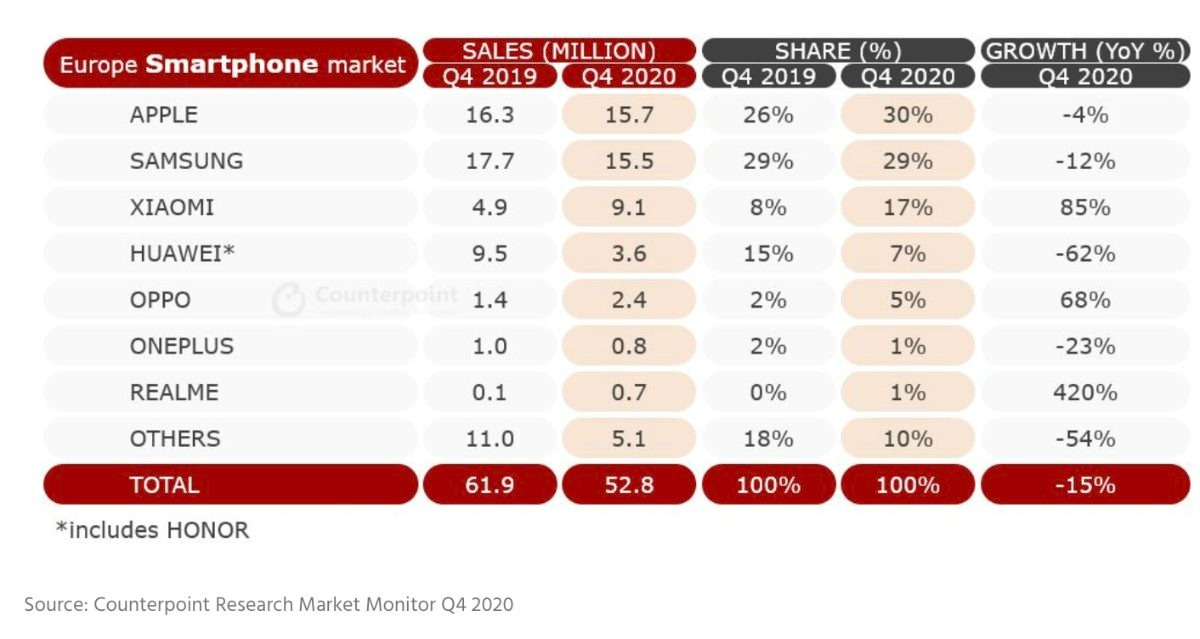 In front of Xiaomi, Apple and Samsung keep a good head start with respectively 30 and 29% of market share. But the two giants sold fewer smartphones compared to the fourth quarter of 2019, with the South Korean ogre showing a 12% decline.

It should especially be noted that Xiaomi seems to take advantage of the misfortunes of Huawei, which is sanctioned by the American embargo. The Chinese giant, deprived of Google services, has sold far fewer smartphones in Europe, dropping its market share from 15 to 7%.

Be careful, however, not to claim victory too early. Xiaomi is also in the US crosshairs and has been blacklisted by Washington. The consequences are less serious than for Huawei, but the brand risks losing its investors in the United States and has therefore decided to counter-attack in court.

Oppo and Realme in the race

In addition to Xiaomi, two other ambitious players are performing well. Oppo first of all, in fifth place, goes from 2 to 5% of market share while Realme, seventh, passes the threshold of 1% with a very strong growth of 420%.

An impressive progression, but to be tempered: the mark starting from lower, this kind of percentage is not very significant.

Omdia unveils its Top 10 best-selling smartphones of 2020. Apple largely dominates the ranking by positioning three devices on the podium, the iPhone 11 in the lead. Models marketed by Samsung and Xiaomi also appear …
Read more