Plastic is slowly coming back to our smartphones … And come to think of it, it’s not such a bad thing. 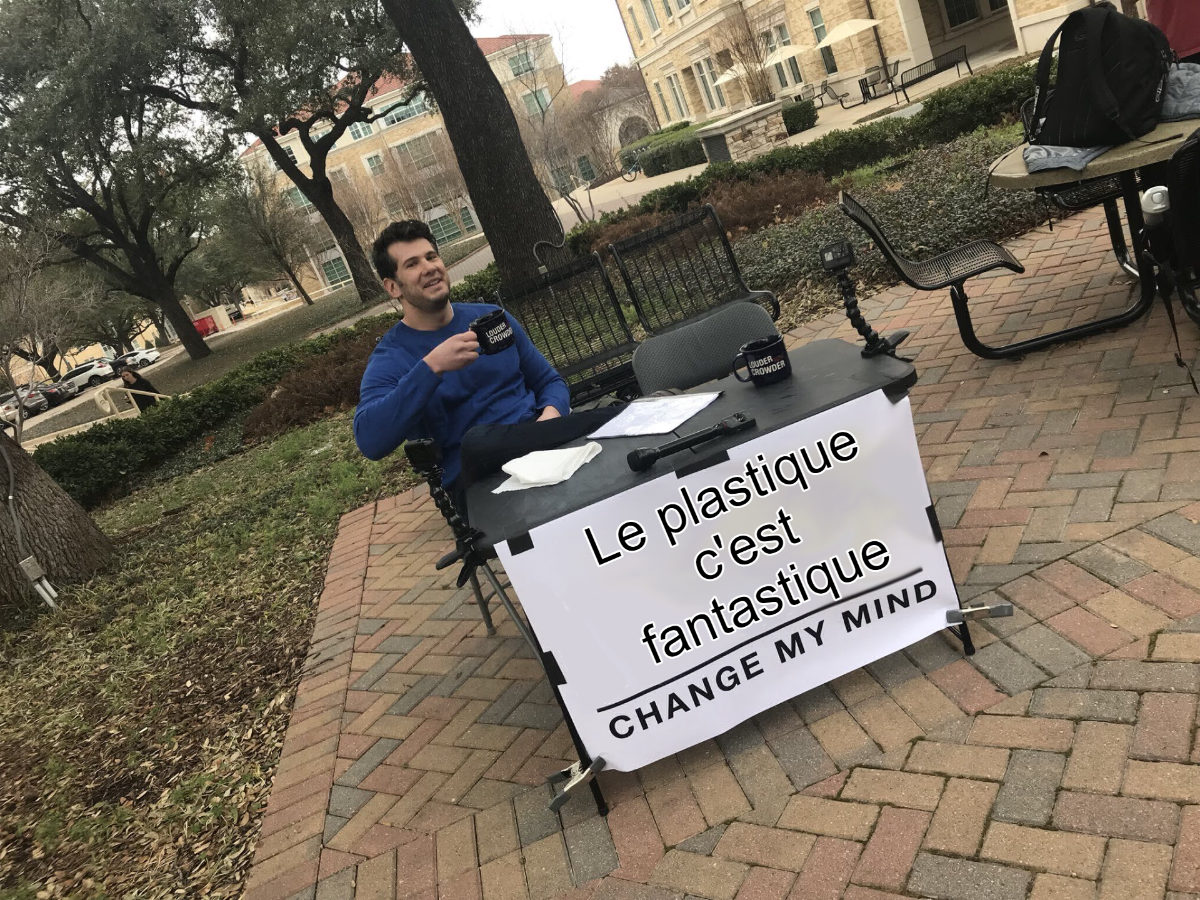 What if plastic made a comeback on smartphones, including on the high end? In my opinion, that would be quite a good thing, despite the many criticisms of this material.

From plastic to “noble” materials

In a few years, smartphones have evolved a lot. From a simple telephone designed to communicate, they have become real everyday Swiss Army knives. The functionalities have evolved and with them their design. The screens have widened to consume more multimedia content, the format has become popular and beyond the simple practical object, they have also taken on a social dimension. Owning a beautiful smartphone which is expensive today is a sign of belonging.

Some defects have thus been corrected over the iterations. The plastic that cracks has given way to the hulls unibody in aluminum, then in glass, more practical for letting waves pass and enabling wireless charging, among other things. It is now the norm on many devices. But is this really a good thing?

The glass is far from perfect. Its first flaw is certainly its fragility. Today is Christmas Eve and the accident happened: my phone fell on the tiled floor in my bathroom. In my misfortune, I was lucky: he fell on his back. It is still usable, the screen has nothing and only its aesthetics have taken a hit, but this object which has now become an extension of my arm immediately seems much less attractive. I look at his cracks with a lot of sadness, and perhaps even a little contempt. 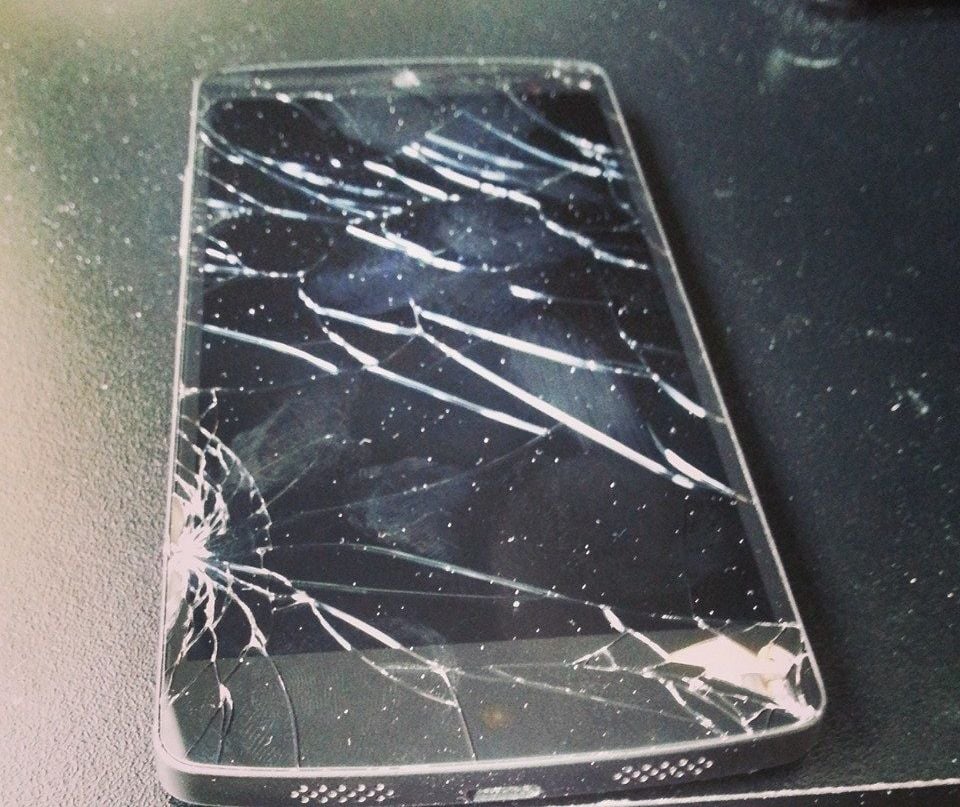 It is not the only defect of the glass besides. He is cold. The feeling in the hand is not necessarily the most pleasant, and if the treatment is not optimal it also stains very easily, but it has nevertheless become the norm in 2020.

It’s true, I could have put on a shell and avoided all these problems. But if it’s to put a piece of plastic on my phone and spoil its design, what’s the point of taking a glass smartphone?

However, resistance is mounting. In 2020, several manufacturers have returned to plastic. Samsung first with the Galaxy S20 FE and even with its Galaxy Note 20 yet categorized as Premium, but also Google with the Pixel 5. Other models will certainly adopt the same path and rumors already evoke a OnePlus 9 Lite for example who would also give up glass.

This trend, I call it with all my heart and I hope it will become widespread to leave more choice, despite the many criticisms of plastic smartphones deemed by some to be unacceptable on high-end devices. range.

Today’s plastic is not yesterday’s

It must be said that manufacturing techniques have changed a lot in a few years and the plastic found on these smartphones is far from having the “cheap” aspect of the smartphones of yesteryear. It no longer cracks when pressed, it is more resistant to impacts and to the touch, you could almost wonder if it is not some other material.

However, it keeps some of its properties that were already its strength at the time. If my phone were made of plastic, today it wouldn’t have indelible marks reminding me of my awkwardness with every glance. It is also warmer and lighter, a point that may become important over time. 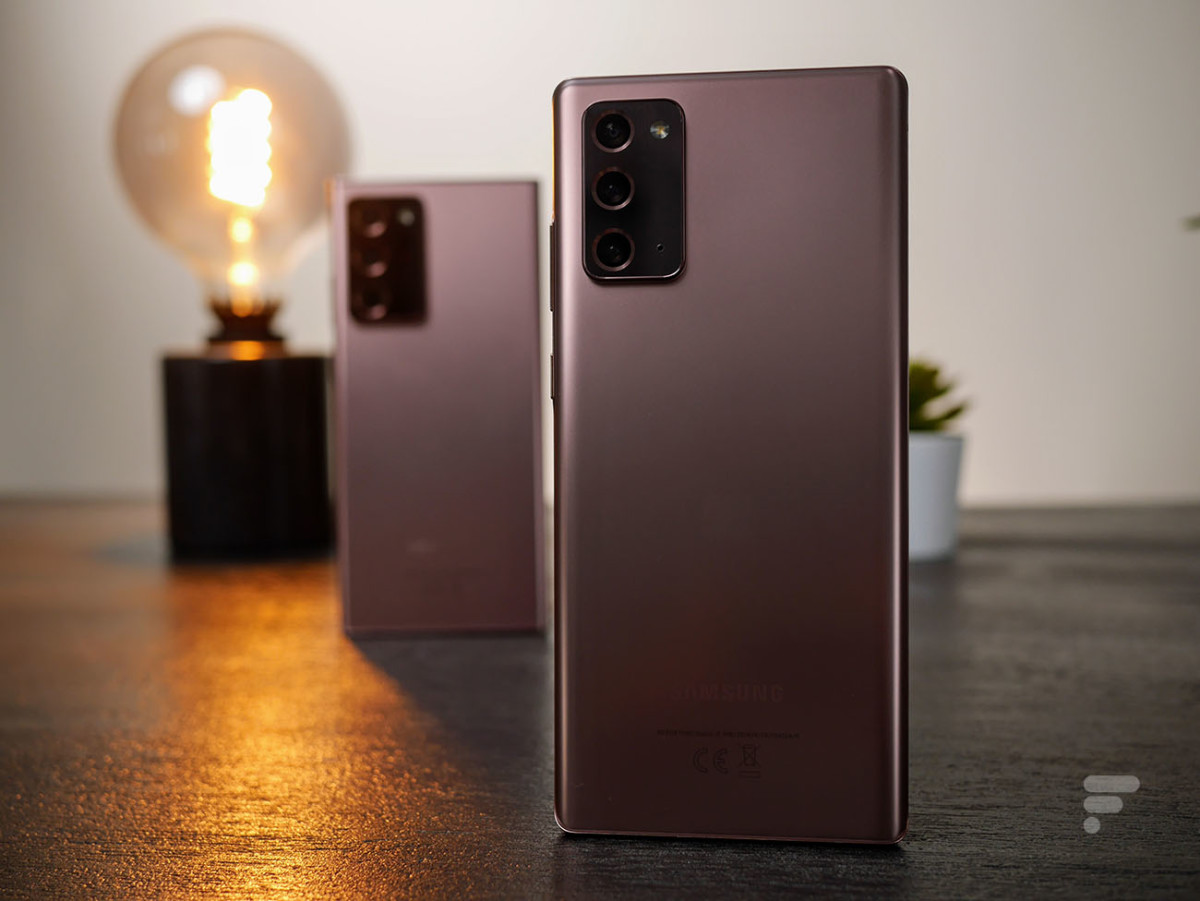 The back of the Samsung Galaxy Note 20 remains very pretty // Gamesdone: Frandroid

Our phones are getting bigger and bigger. Personally, I like having a big screen to watch videos on YouTube or Twitch and I like it even more that it keeps me at least during the day, but that involves the integration of big batteries that weigh their weight. Conversely, a smartphone weighing more than 190 grams is a no-go total for me. Spending long, continuous hours with my phone on my little finger, I sometimes feel pain on my pinky after a while. It even deformed by dint of accommodating the edge of my smartphone and I can see a hollow on that of my right hand that I do not have on the left. In this sense, gaining a few grams by abandoning glass for plastic while retaining the practicality of a large screen and a dense battery seems to me a good compromise.

Some brands have understood this well and Xiaomi promises that its Mi 11 will be lighter. Still not enough for me, but it’s going in the right direction.

It is also possible to change the way of integrating a plastic shell. With its Pixel 5, Google has proposed a bioresin covering a metal frame. It’s lighter, stronger, pleasant to the touch and cleverly placed holes in the aluminum allow you to always use wireless charging. To choose, I much prefer this solution to glass.

Yes, but the planet?

Some will then advance the ecological advantage. We know the harm that plastic can do to the planet, while glass is 100% and endlessly recycled. It still has to be done.

Today, most smartphones at the end of their life end up in a closet, or even outright in the trash, with no possible recycling. There are therefore many processes to put in place before thinking about recycling the hull. It is also far from being the most polluting element of a smartphone and the extraction of rare metals seems a much more worrying problem, not to mention geopolitics. 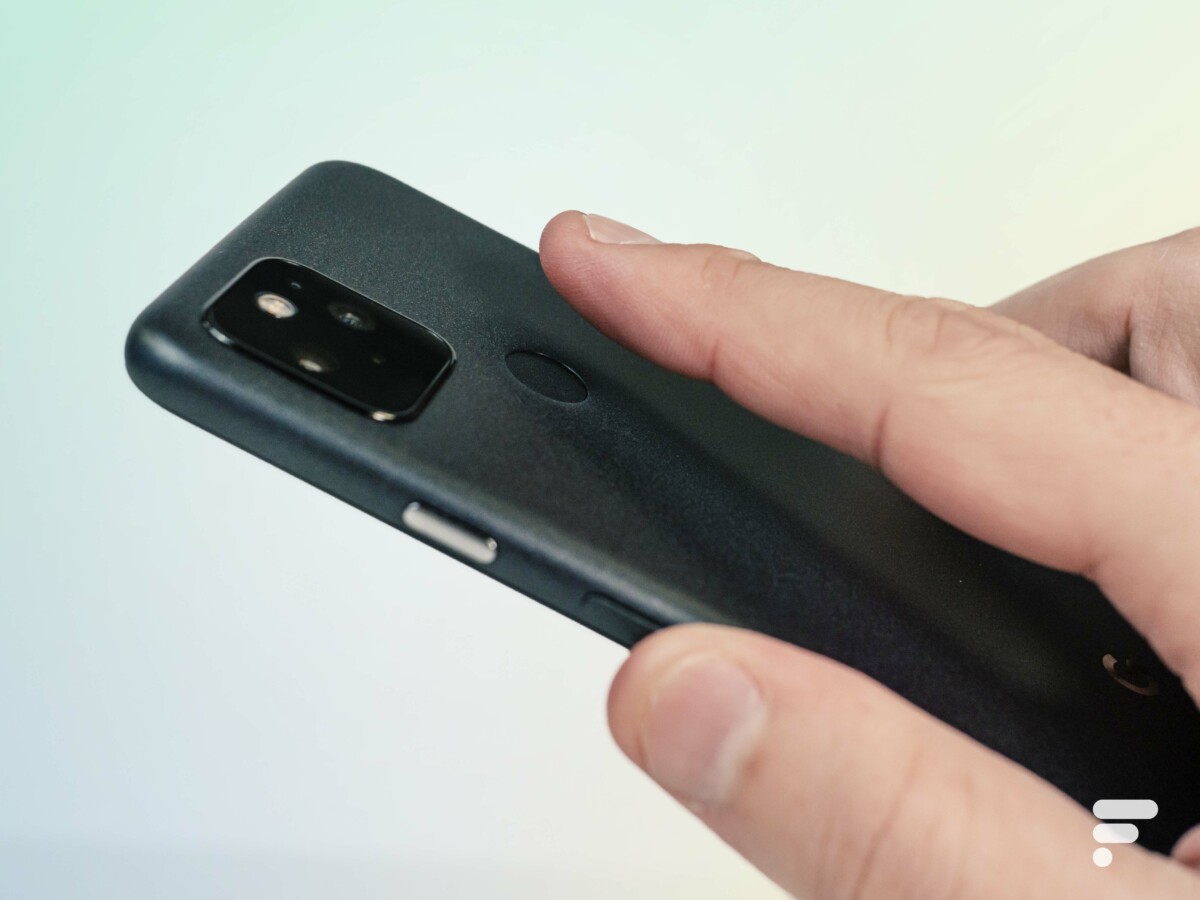 The Pixel 5 has a bioresin shell // Gamesdone: Arnaud Gelineau for Frandroid

In addition, users who break their smartphone like I did are going to be more inclined to change it, even if it is still working. When we know that most of the CO2 equivalent released over the lifespan of a smartphone is produced during its manufacture, we can wonder if plastic would not ultimately be more ecological.

Because plastic smartphones are lighter, moving them also requires less fuel, whether by plane or boat. We should not concentrate on one point, but look at the picture as a whole.

We can also note some advances in bioplastics of plant origin and biodegradable. It is often not a panacea for the moment, but we can hope to see it as a solution in the medium term.

So I hope that in 2021, manufacturers will turn more massively to solutions such as plastic, and more particularly reinforced bioresin solutions as Google did in 2020. That we will at least have a choice, including on very high-end smartphones. And above all, I hope that mentalities will change and that consumers will stop falling head over heels on brands turning to this type of material, thinking that this is a simple solution to make more profit … because this is not always the case (depending on the quality, glass is not necessarily more expensive to produce than plastic).