Huawei unveiled this Thursday its latest high-end chip, the Kirin 9000. A chip supposed to be much more efficient than the Snapdragon 865 Plus from Qualcomm.

This Thursday, Huawei officially presented its new high-end smartphone, the Huawei Mate 40 Pro. It was also an opportunity for the Chinese group to unveil the latest version of its high-end processor, the Kirin 9000 chip.

Like every year, it is indeed on the Mate that Huawei has chosen to launch its new chip. We should find it in the future on future Huawei P50s, but also on the next high-end smartphones from Honor. For the occasion, and as often, Huawei claims to offer the most powerful chip on the market. This performance is due in particular to the new 5 nm chip engraving process, like the Apple A14 Bionic chip found on the latest iPhone 12s.

Graphics chip advertised as 52% faster than Snapdragon 865 Plus

The characteristics of the Kirin 9000 // Gamesdone: Huawei

The Kirin 9000 also integrates a 5G modem directly into the SoC, also engraved in 5 nm. What allow, according to the firm, an upload speed 5 times faster than the Snapdragon 865 Plus and a download speed twice as fast. Note also a dedicated image processor (ISP), used for processing camera images. What allow, according to Huawei, improved performance of the order of 48 to 50% compared to the previous chip of the firm, the Kirin 990. 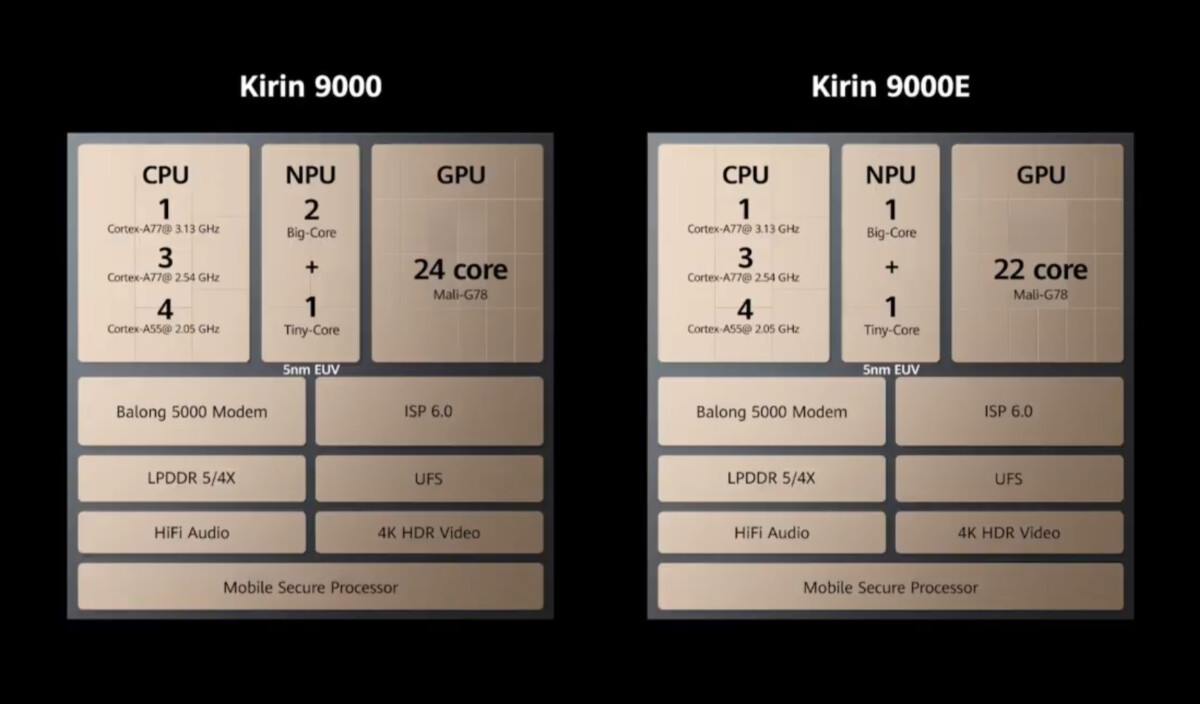 The Kirin 9000 will be integrated directly into the Huawei Mate 40 Pro, but it should also be found on other Huawei and Honor models by next year. Note also that it could be one of the last house chips signed Huawei, the manufacturer is no longer authorized to supply from TSMC, the Taiwanese founder who supplies its chips.