HP is revamping its most popular 2-in-1 laptops. The Californian group announces the upcoming launch in France of new Pavilion x360 14 and 15. Compared to current models, this new vintage relies on a refreshed technical sheet. 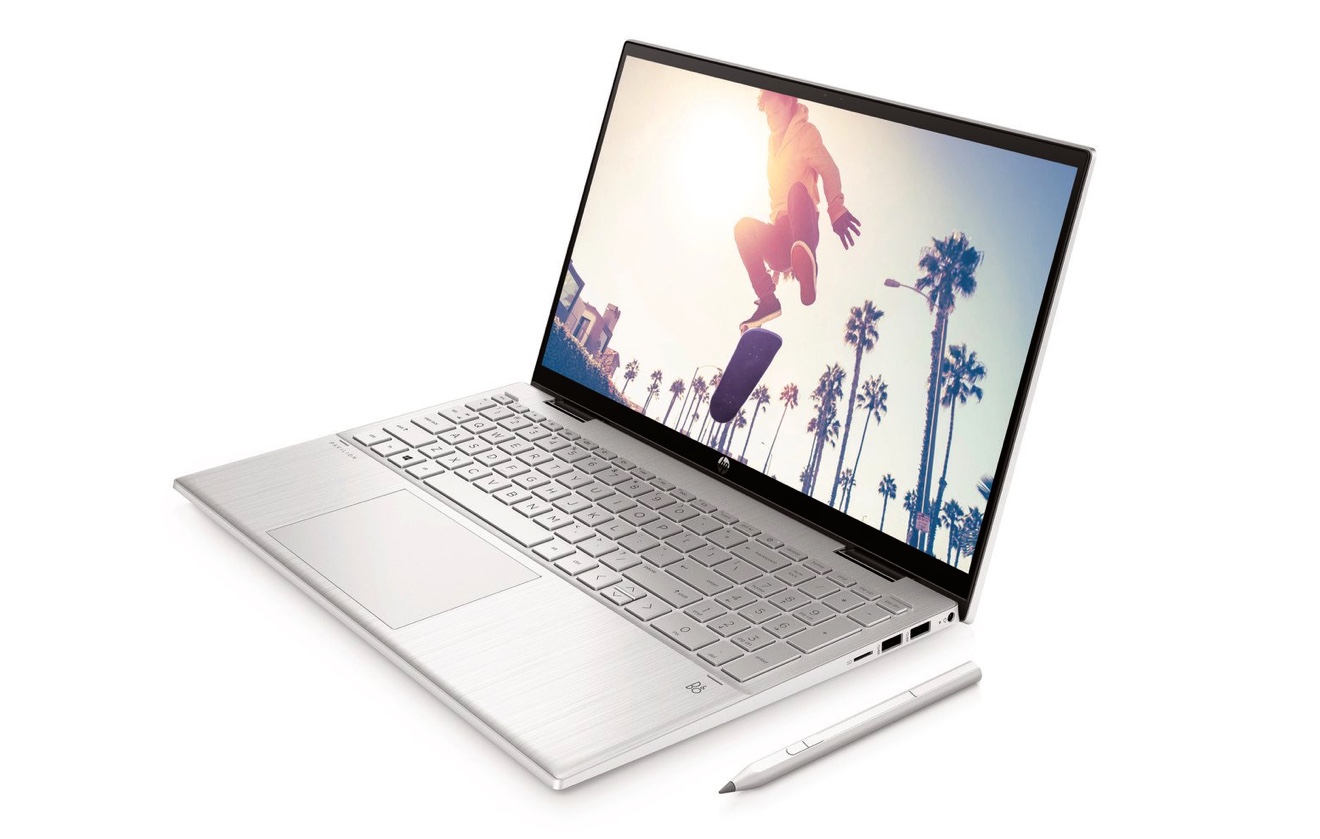 No major upheavals in sight, but significant improvement. HP is evolving its two hybrids best placed with the general public, without making the revolution. The Pavilion x360 15 and 14 take up a known recipe in terms of design or chassis. On the program for the 2021 vintage, new processors, but also optional Wi-Fi 6 connectivity.

In its press release, HP also draws our attention to the use of recycled plastics, with the equivalent of a plastic bottle reused for each x360 14. And this, through ocean waste collections. The American manufacturer also explains that it used recycled aluminum in the keyboard of certain models. These efforts have in all enabled it to avoid the emission of 341 tonnes of CO2 emissions compared to a usual manufacturing process.

Pavilion x360 14 and 15 more comfortable with multimedia and gaming

Be that as it may, the Pavilion x360 14 and 15 take roughly the lines of the 2020 models. We benefit from a screen occupying on average 88% of the available surface and a relatively light chassis for the two devices (1, 5 kg for the 14-inch model, against 1.89 kg for the 15-inch grind of the machine). HP also explains having refined the chassis vis-à-vis previous models.

With the exception of the Core i3s which are still content with old Intel UHD iGPUs, these new generation chips (engraved in 10 nm) have relatively high-performance Iris Xe graphics parts. They will allow a little leeway in play (especially on competitive titles) for new hybrids from HP. Advanced multimedia (editing, retouching, etc.) should also be a little more comfortable there, without equaling the performance obtained on machines equipped with dedicated GPUs.

On the screen side, there is an IPS HD + LCD touch screen (1366 × 768) on the more affordable variants of the two devices. The more high-end models will inherit a Full HD (1920 × 1080) touchscreen. For the rest, Wi-Fi 6 connectivity will be offered as standard on the Pavilion x360 14, and only as an option on the x360 15, while the two laptops are satisfied with an autonomy estimated at 8 hours by HP.